Review: BATMAN AND THE OUTSIDERS #1 is a Great Jumping on point!

The Outsiders have always been an odd group to me. Originally Batman formed the team when he no longer felt himself align with the league. The members consisted of heroes that were outside the norm. Heroes such as Metamorpho makes sense, as he’s more monstrous in appearance. Characters such as Katana and Black Lightning are characters that are definitely the norm and have even been apart of the Justice League. Years later I still don’t understand what they’re supposed to be other than just another superhero team. Now we have a new iteration of the group, consisting of older heroes and new ones. Will this new team change my opinion on them? 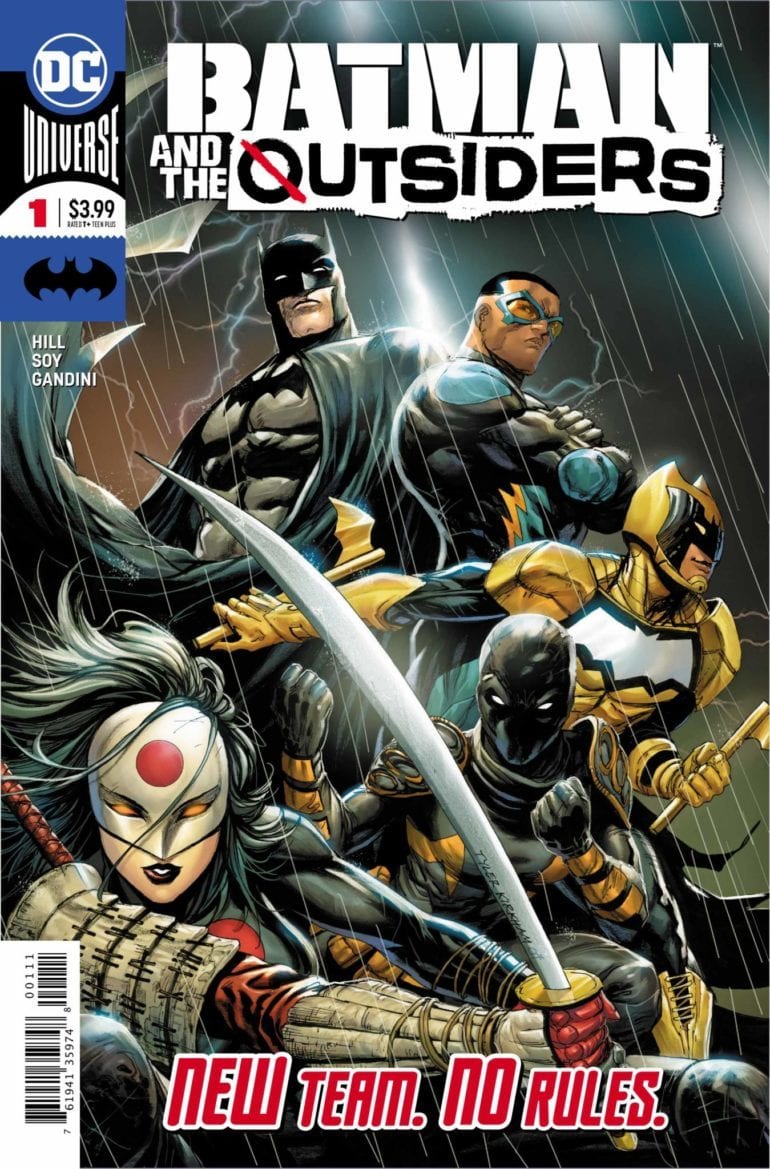 We open on two different views. The first involves a young woman, Sofia, who gets attacked by a mysterious Metahuman and is revealed to have superpowers of her own. The other is the actual Outsiders who are on a mission to stop a serial killer. While Orphan is still as calm and ninja-like as ever, Signal is on edge, demanding the senior members show up. Almost on cue, Black Lightning and Katana leap in and tear through this D-list villain. Lightning, who is playing the role of leader of the team, continues to question Batman’s reasons behind the team. Before he can turn his leadership mantle in, however, Bruce approaches the team with the next mission: find Sofia. 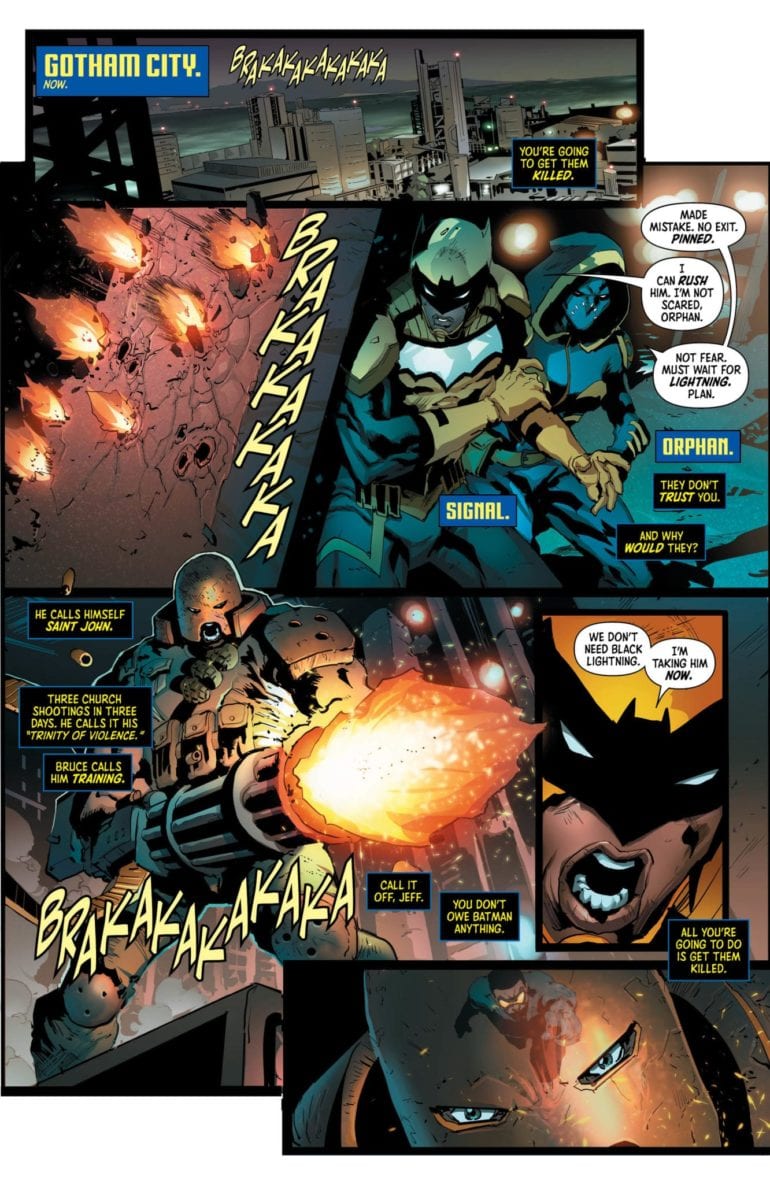 This first issue is a good one, especially for those who don’t know much of the team.  From the emotional baggage of Signal to Black Lightning’s leadership skills, any reader will be able to get a grasp of the characters that make up the Outsiders. One of my favorite moments in the issue is this interaction between Katana and Lightning on whether they should leave or not. It was a nice bit of dialogue and action that gave a look into their psyches.

There is one major problem to this issue, and it involves the title character. Despite the comic being labeled Batman and the Outsiders, there’s not much Batman in it. This could be seen as a benefit for the B-list heroes to get their time in the spotlight. The problem is Batman needs to have a more prominent presence than given here. This will probably change over time, but for this issue, it was off-putting. 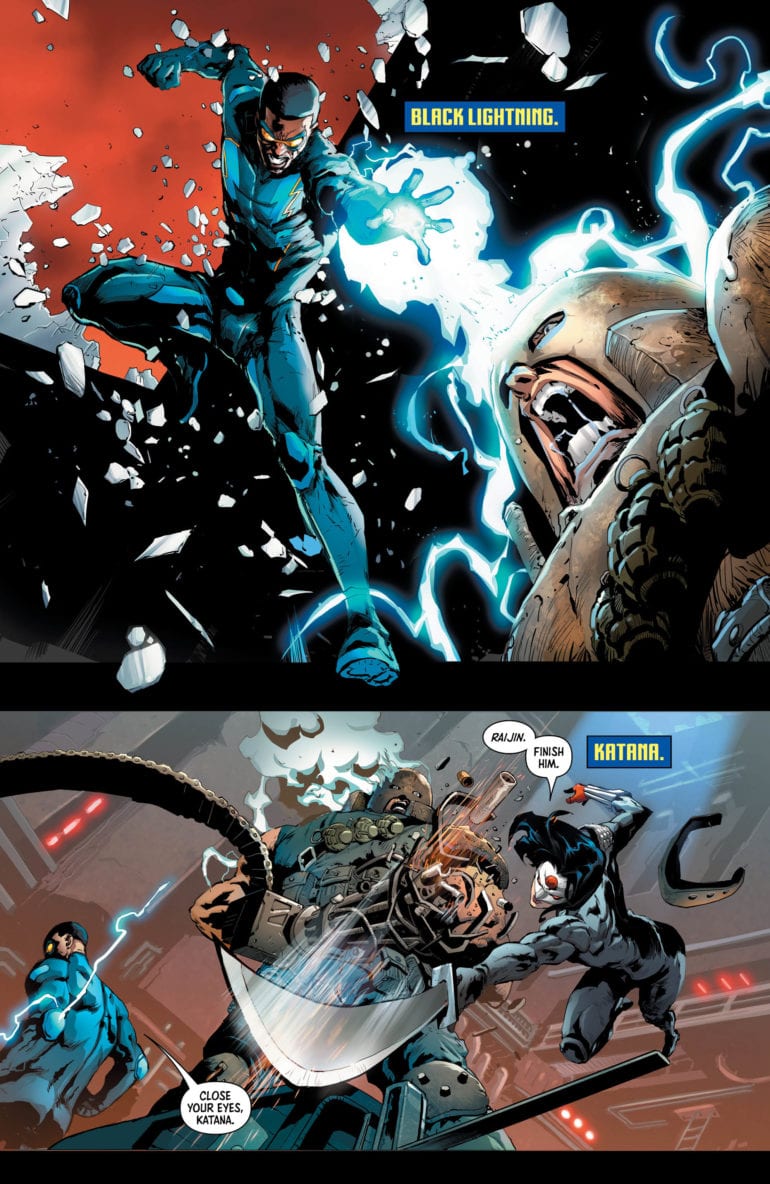 The art for this issue is pretty good. The art team goes above and beyond to make the Outsiders look good both on and off the field. The action pops off the page thanks to impressive colorwork as well as capture genuine human emotions in the illustrations. If the team keeps up the good work, we’ll have a contender for best looking Bat-Family book. 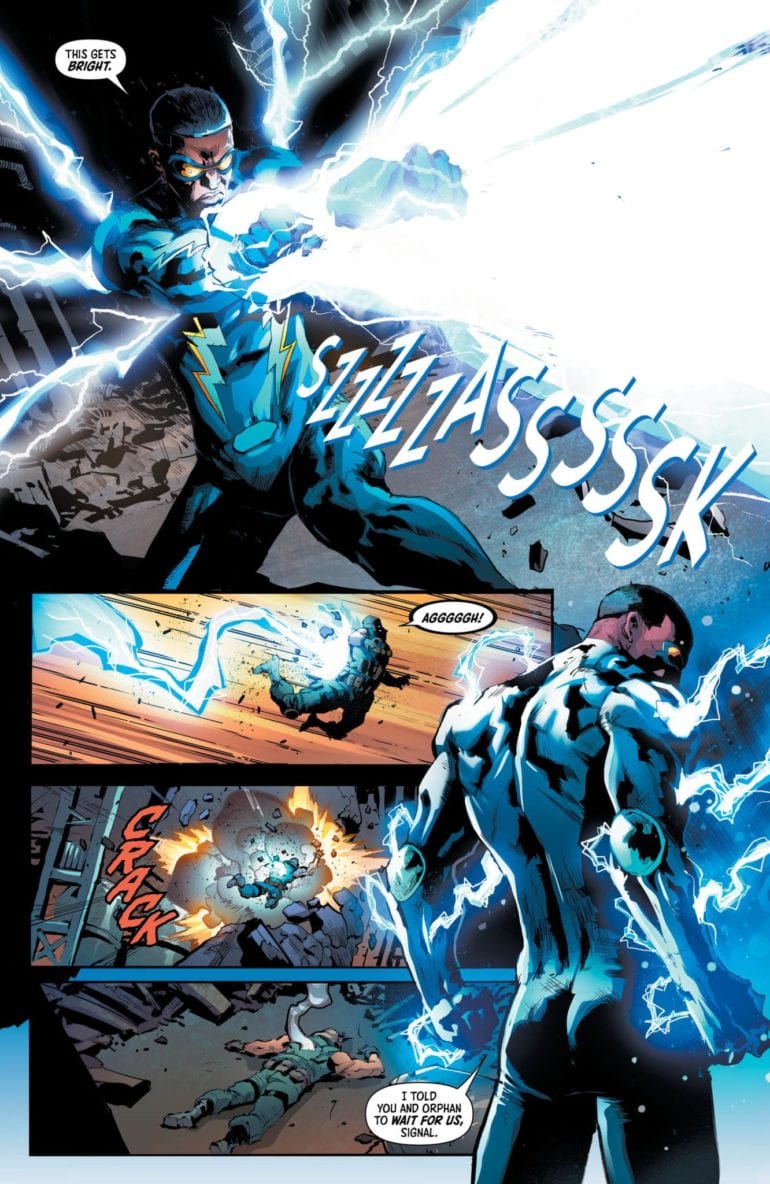 I was surprised at how well done the opening issue turned out. With few references to past arcs, a new reader can hop in without really needing too much context. The book also has the look to keep readers entertained thanks to the art team. If you’ve been wanting to get into the team, this is the perfect issue for you.