Review: Bruce Has To Stop a Vigilante to Save a Villain in BATMAN #105

Batman Has To Face a Difficult Choice

Batman’s fresh start after the Joker War has already hit a big snag. An old rival made during the Dark Knight’s training that uses the moniker of Ghost-Maker has come to Gotham. His goal is to take the position of vigilante, using his more precise, violent style. Ghost-Maker’s first target is Clownhunter, another vigilante who made a name for himself during the Joker War. Batman did his best to protect him, but Ghost-Maker is able to capture both of them, as well as Harley Quinn. After patching up Bruce, Ghost-Maker leaves the trio alone, allowing Clownhunter to get free and threaten Harley. Can Batman save Harley and stop Ghost-Maker? 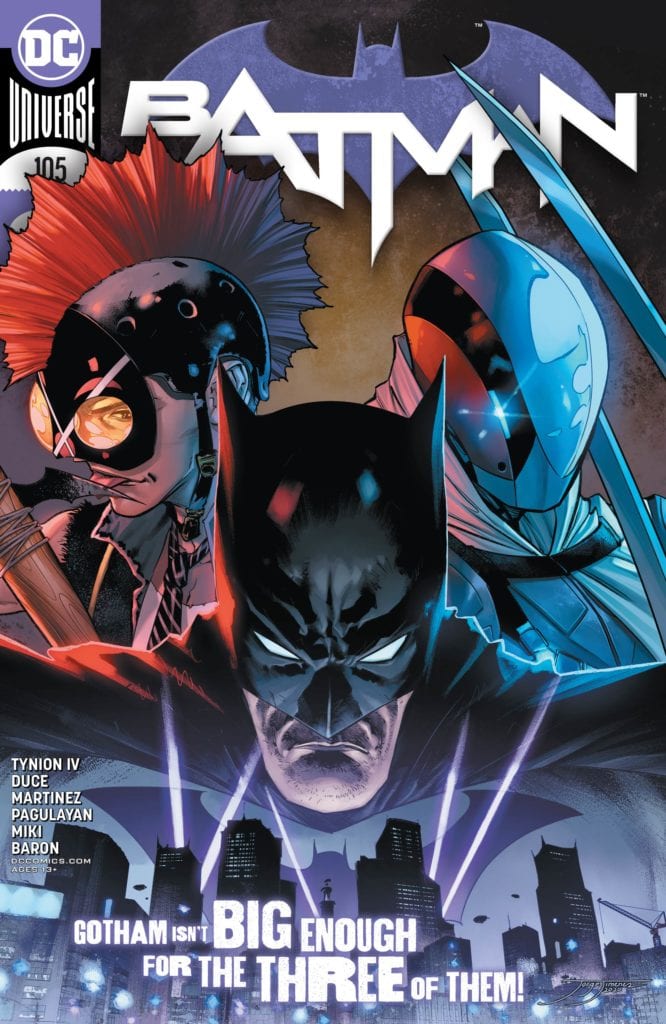 We open with one last flashback of Bruce and Ghost-maker, where the former prepares to return Gotham. Ghost-maker berates Bruce for his decision, suggesting they work together to become crimefighters that span the globe. Bruce declines his rival’s offer and warns him that he will be seen as a criminal if he ever comes to Gotham. We cut back to the modern-day where Clownhunter prepares to kill Harley, despite Batman warning him that it’s what Ghost-Maker wants. He quickly breaks free and gives Harley a batarang, which she uses to free herself and disarm Clownhunter. But not before talking to the new vigilante about his issues with her. 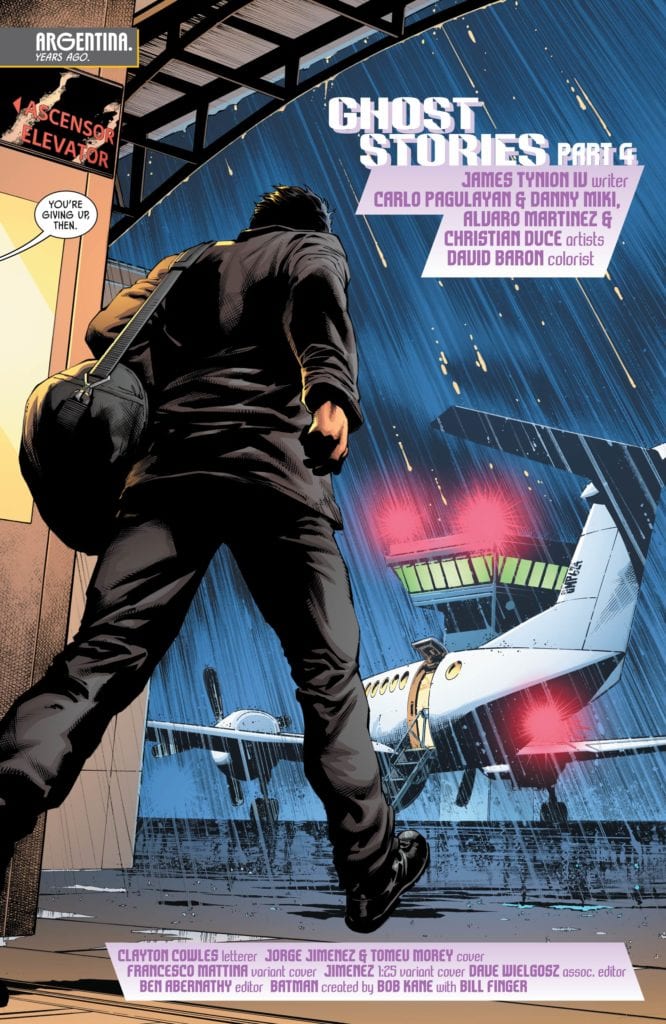 Much like the previous issue, this one was a slog to read through, but this did have a few shining moments. The biggest moment was Harley’s talk with Clownhunter, explaining how she is trying to make up for all the crime she committed with Joker. It’s a nice bit of character development that shows that this Harley is not the same as the one we were first introduced to when she made her debut in Batman: The Animated Series. She has baggage and is trying to right the wrongs of the past.

The problem is that despite the smaller character moments like this, we get the same boring rhetoric that’s been thrown around in the first and third issues of this arc. Ghost-Maker and Batman are two sides of the same coin, and we get it! But despite Ghost-Maker stating he would cut down all criminals in his path, Batman wants to bring him on as a consultant to make Gotham a better place. This change in perspective is obviously because of the Joker War, but Batman shouldn’t be bringing on active killers. Reformed killers like Red Hood and Harley are one thing, but Ghost-Maker has strung up people just the day before. Hopefully, this pans out a little better after Future State, but right now, it feels weird in a bad way. 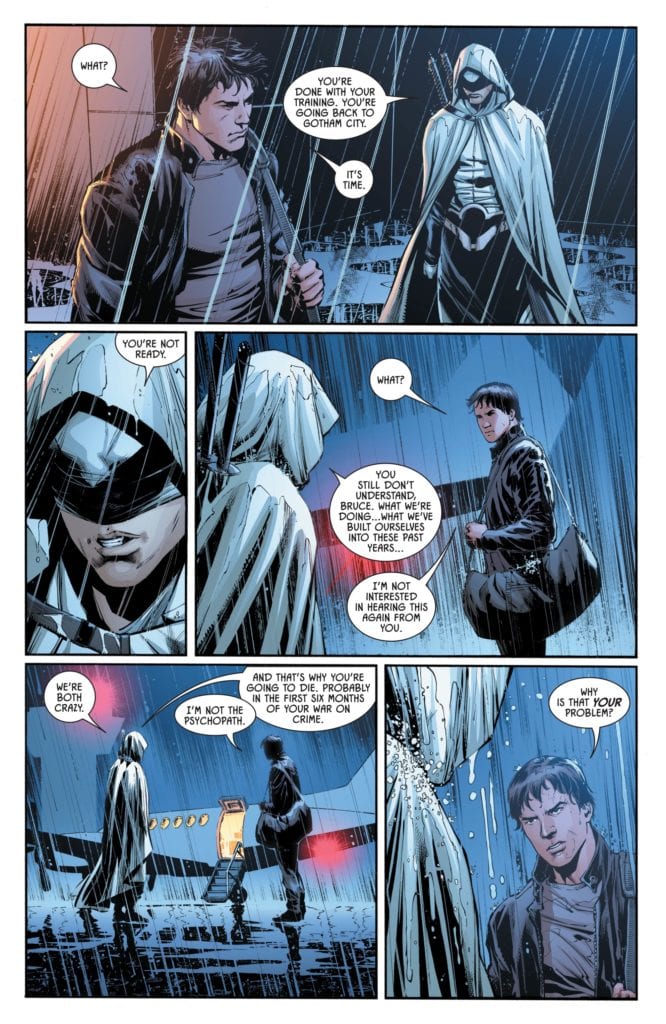 The art team has come together to provide a decent looking issue. Unlike the previously reviewed issue, the art flows from the flashback to the present a lot more smoothly. The highlight would definitely be the present-day fight between Batman and Ghost-maker, with the team able to perfectly capture the speed and intensity of their fight. Along with that, Ghost-maker really looks amazing in this style. When the series picks back up after Future State, we will hopefully get more great art like this.

Despite the positive art and fantastic character moments, this was a very weak conclusion to this arc. We get a story with a decent chapter for Harley and Clownhunter, but it falls apart when focusing on Batman and Ghost-maker. I do not doubt that the team was told to wrap up quickly to make room for Future State, but now we’re left waiting in this confusing position. With Ghost-Maker now being a part of the Batfamily, what does this mean for Gotham? Considering what we’ve seen him done so far, it might not turn out well, both for Batman and the readers.

While well illustrated and a great scene with Harley Quinn, this conclusion to the first Ghost-Maker arc falls flat.Review: Bruce Has To Stop a Vigilante to Save a Villain in BATMAN #105