Review: BATMAN #101 Prepares For The Future in a Dull Way

Batman Picks Up The Pieces…

The Joker War is over, and all that’s left is the ashes. While Batman faced Joker, armed with a high tech bat suit, each member of the Bat-Family took apart the clown’s gang. Catwoman defunded Punchline, Nightwing lead the charge on the streets, and Batgirl became Oracle once more to run operations for both the GCPD and the family. Bruce ends up leaving Joker to fend for himself after Harley straps a bomb to him. Afterward, it’s revealed that Joker did survive while Joker’s gang members went into hiding in the two week time jump. Batman explains to Harley that besides the destruction, the status quo itself has changed. What else is different for the caped crusader? 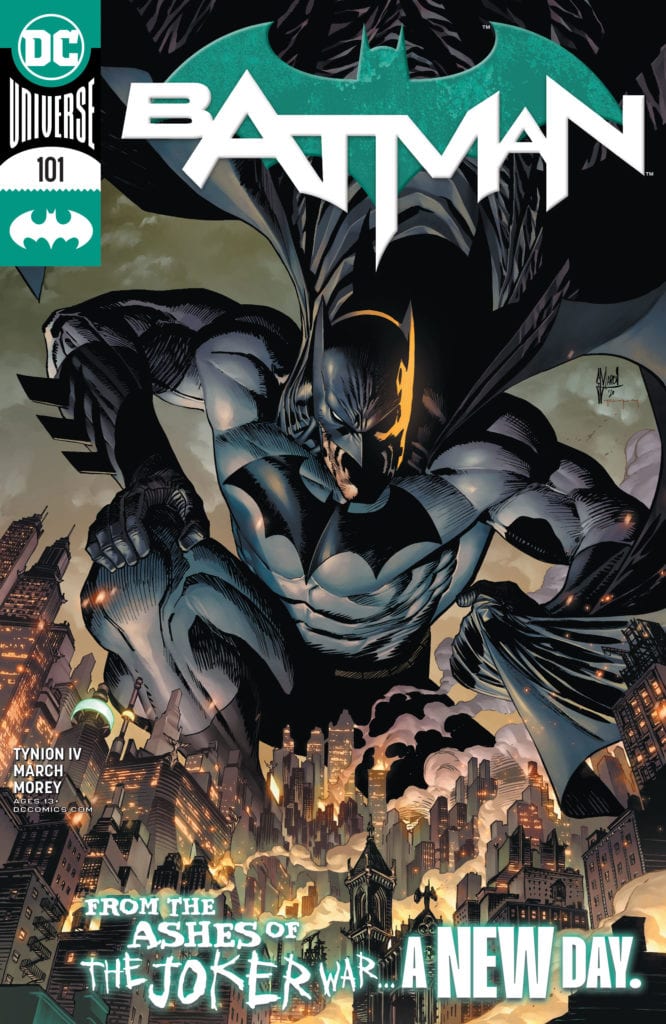 We open with Batman stating that Gotham has changed. Not physically, but the status quo has shifted and not in Bruce’s favor. It turns out Catwoman transferred Bruce’s funds to Lucius Fox for safekeeping. We learn this through flashback after Batman confronts Lucius after a fight with Grifter. While he is willing to return the money, Lucius points out that, after the implications of Wayne’s company being involved with Joker, the government is watching the money closely. Along with that, the board is removing Bruce from his position, only giving him a set annual amount. Essentially, Batman will now be defunded.

I was actually surprised in the direction Tynion IV has gone for this. In the past, whenever Batman had to change after a traumatic event, usually it involved an upgrade or a passing of the mantle. Here, we take a step back, leaning towards his intellect and strength than anything else. If that is the case, we might be getting something closer to Daredevil; a grittier vigilante that relies more on fists and detective work than technology. 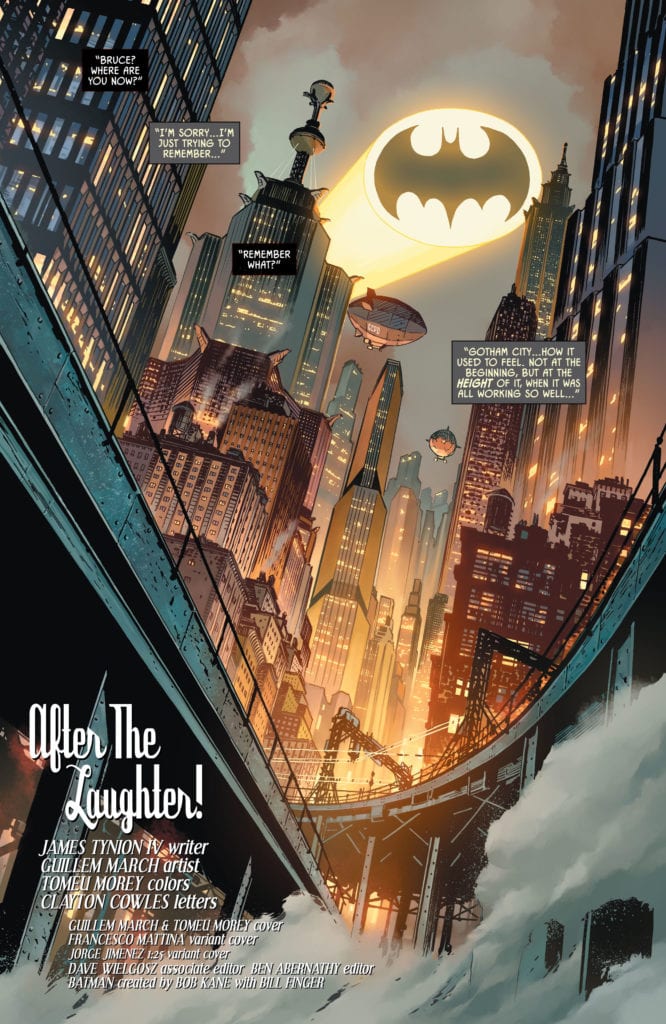 While that does sound exciting, the way it’s presented here is rather dull. Most of the information presented is done through a conversation between Batman and Lucius. If we saw the Wayne Enterprises Executive Board approaching Bruce or the shutting down of the floor that creates Batman’s gear, that would have delivered the same message, if not better, enforce it. The only real excitement we get is the battle with Grifter, which doesn’t last for long. This style of the story is fine for an epilogue, but this reviewer expected more.

Guillem March returns as the main artist, and while I enjoyed Jimenez’s art, he does a fantastic job here. The way he designs his characters can show how much they’ve been through. His linework on Batman makes it appear Bruce is older and more grizzled. The same goes for Lucius, who now bears the scars of the War. Even if one were to jump in now and look at these characters, they would instantly be able to tell they’ve been through something traumatic. While this issue is incredibly exciting, we can’t say that it isn’t good to look at. 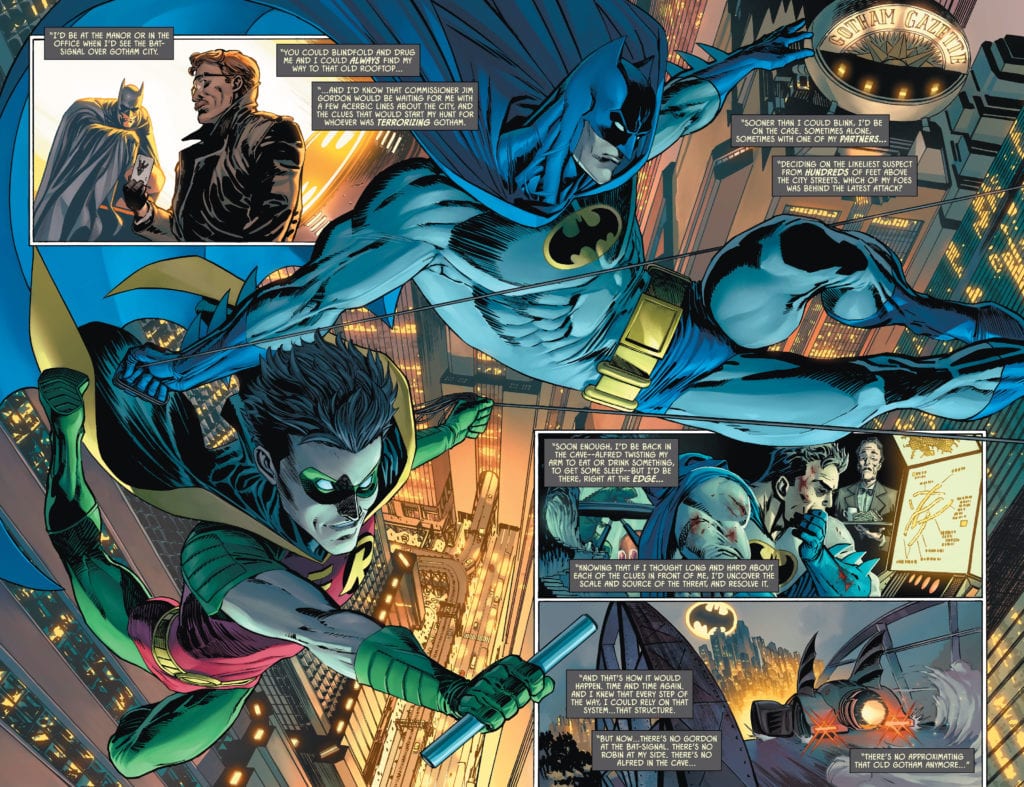 Despite the praises of the art, it’s not enough to save this dull issue. This is an epilogue that shows the current status quo for Batman. The way it was presented could have been so much more interesting. This isn’t to say what the epilogue is implying is going to be bad. On the contrary, it makes me excited for the next issue. The problem is we have to look at the current one, and as it stands, it’s a rather dull issue to usher in a new era of Batman.

While a great looking issue, the epilogue of The Joker War was more boring than anything else.Review: BATMAN #101 Prepares For The Future in a Dull Way