Good news, Criminal fans: Image Comics has announced a new graphic novel from the celebrated team of Ed Brubaker and Sean Phillips. Bad Weekend will explore different territory than what we’ve become used to in the series; instead of hard-boiled crime fiction, this time the milieu will be the backstage world of comic creators. 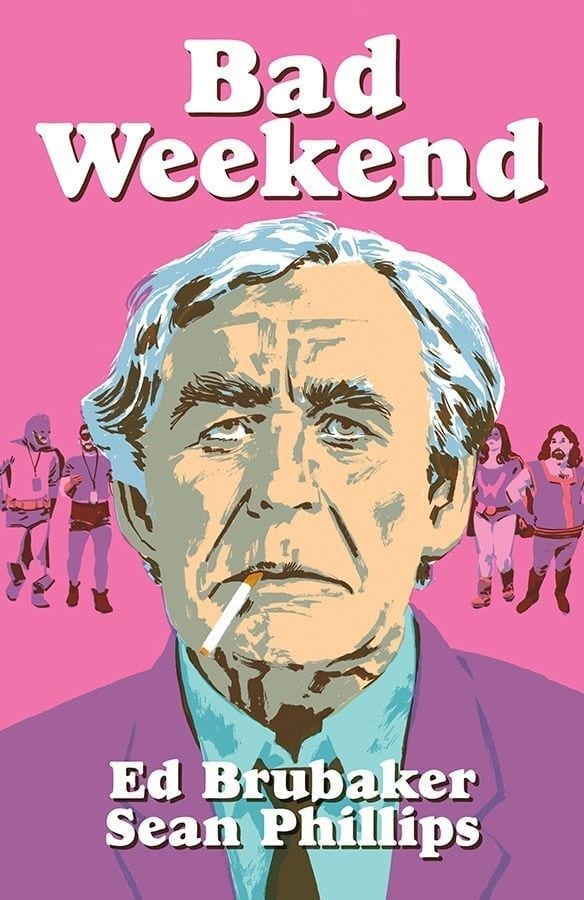 According to Image’s description:

In Bad Weekend, we meet Hal Crane, a legendary cartoonist who’s been around since the earliest days of comics. Hal knows that comics won’t just break your heart. Comics will kill you. Stuck at an out-of-town convention waiting to receive a lifetime achievement award, Crane must confront a history of old grudges and terrible mistakes.

“Hal Crane isn’t based on anyone in particular. But bits and pieces of his history are lifted from sad tales and sordid gossip that you hear over the years in this business, especially about the old days. Gambling. Drinking. Prostitution. Theft. Death. There’s always been a darkness at the edge of comics and I wanted to explore that in Bad Weekend. Is this a expose of the industry? Sort of, but it’s a love letter to the medium, as well.” 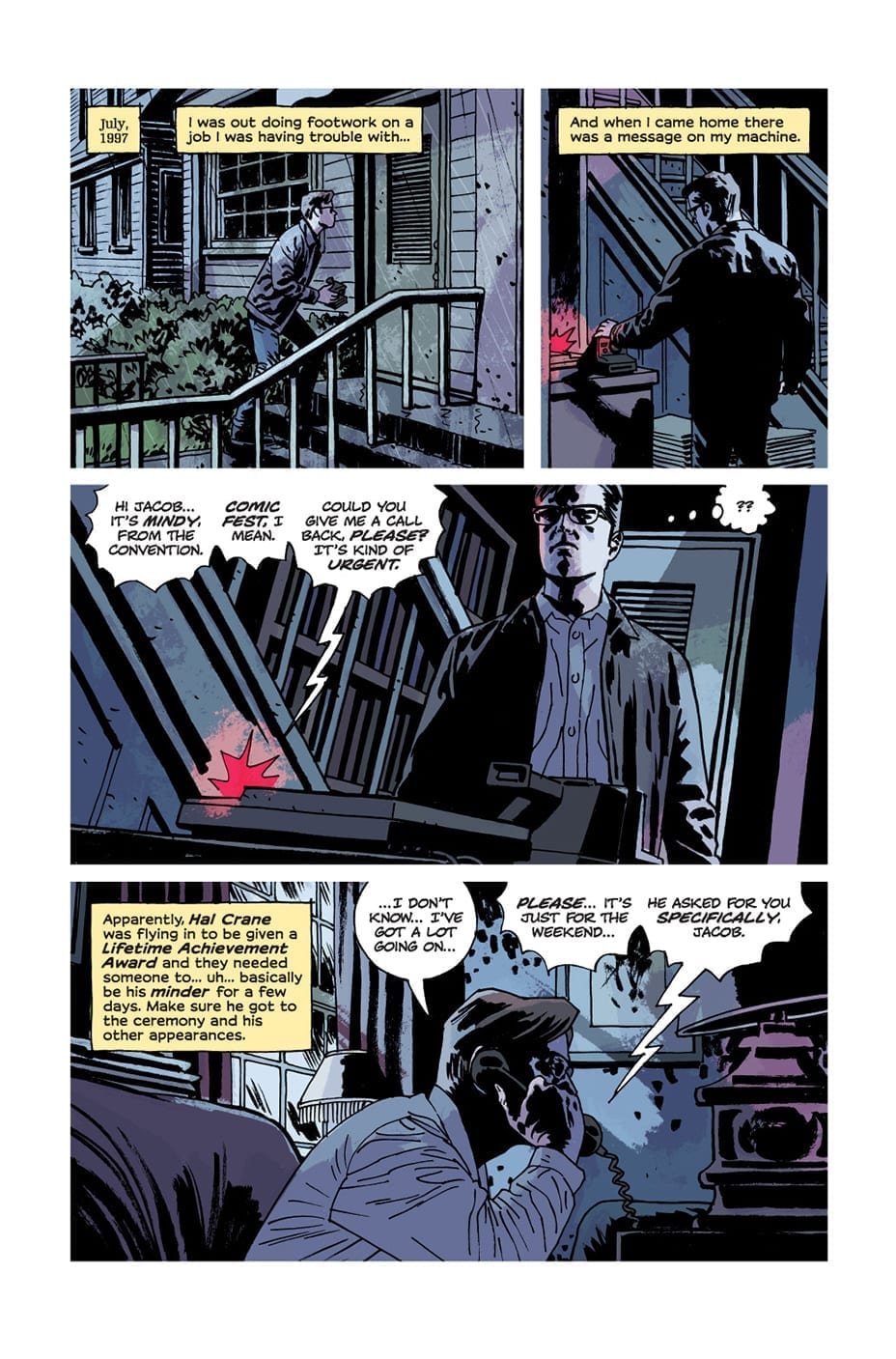 If you’re already a Criminal reader, you’ll know Bad Weekend from the current run, though Image describes the upcoming graphic novel as featuring “an expanded and remastered version of the story… with several completely new scenes.” The format will be the same as last year’s hardcover My Heroes Have Always Been Junkies. 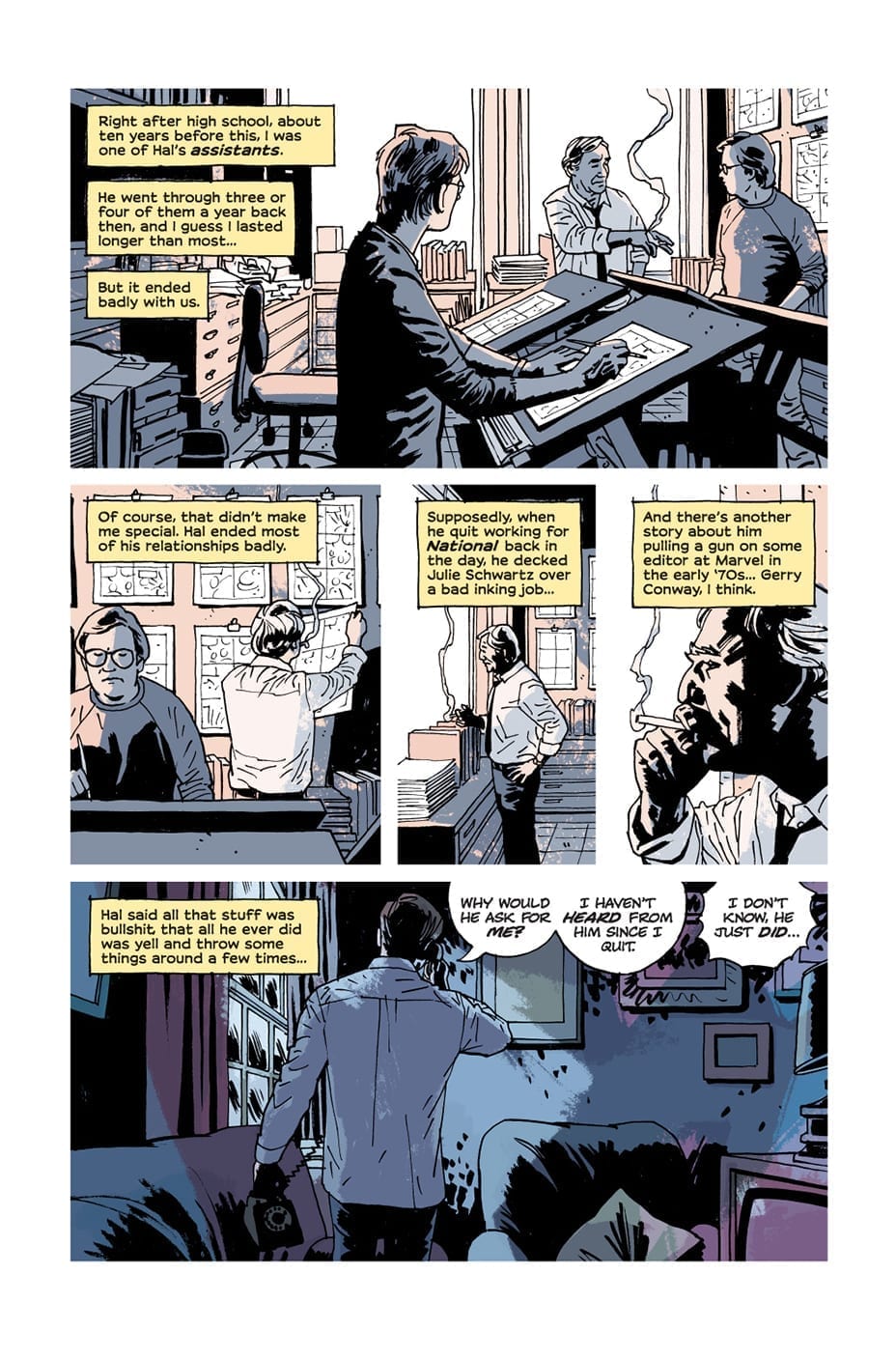 The Bad Weekend news comes on the heels of Brubaker and Phillips renewing their exclusive contract with Image last year. Still to come in the news department should be updates on the Kill Or Be Killed big screen adaptation.

Are you a Criminal fan who’s been enjoying this story in installments? Does Bad Weekend‘s behind-the-scenes comic industry story sound like something you’ll want to check out? Leave us a comment below!