We’re ten issues into the weekly Avengers series. It’s been doing a lot of things right to help get the entire Marvel 616 Universe back on track. One of the most crucial factors has been making the world once again feel full of life. 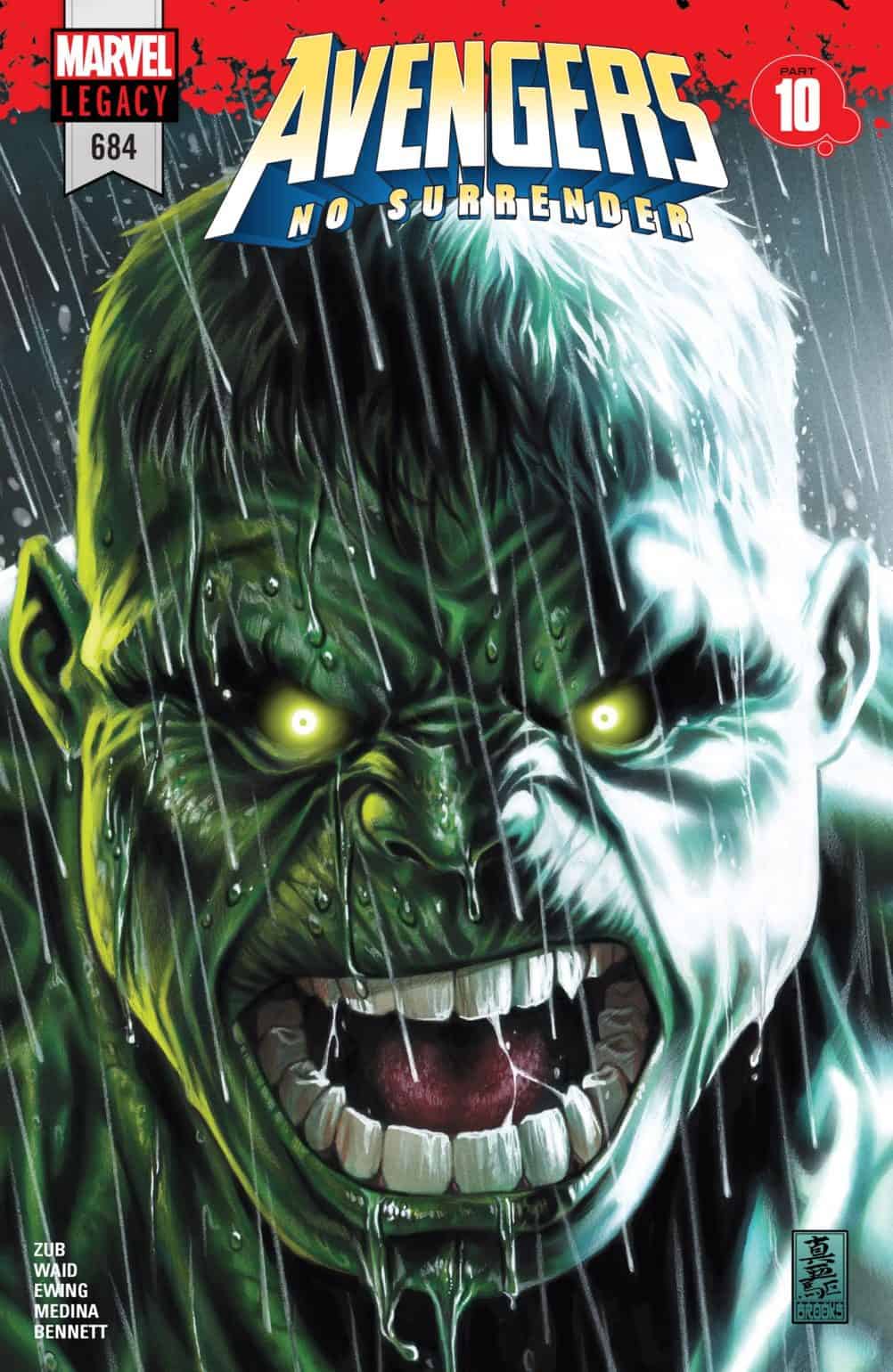 Since the start of Marvel Legacy, the publisher has been making an effort to get a lot of Marvel staples back onto the board through resurrection, re-purpose, and re-imagining. Avengers #684 dives into the return of Bruce Banner as the Immortal Hulk.

We also get to the bottom of this Voyager business; her identity and ruse is revealed. Voyager is actually the Grandmaster’s daughter, a now rogue game piece loose on the playing field. The superhero drama has been ramping up and continues to get juicier every week.

An issue Marvel had been having pre-Legacy was that its universe felt disjointed. What was once an unrivaled world of science fiction and mythology became more hollow. There was no connection between titles other than forced event agendas that were impressing no one. With No Surrender, the creative team has done a spectacular job in utilizing all the players available, much like the Challenger and Grandmaster. Bringing together all the different Avengers teams sees heroes from all corners of the 616 coming together to try and sort this mysterious mess out. It’s extremely satisfying to see Al Ewing’s U.S.Avengers cast playing a major role at the heart of the drama; that series was criminally underrated.

Having the mutants back in the spotlight plays a big part in making this feel like Marvel again. One of the biggest elements that separates Marvel from DC is that DC doesn’t have the X-Men. The mutant population is one of the biggest pillars in the Marvel comic line and universe, to see the characters in pivotal Avengers roles is a welcome sight.

Writers Al Ewing, Jim Zub, and Mark Waid have found a balance that works well with this gigantic cast of characters. They’ve found a way to make the weekly structure work, much like it did for the mother of all weekly comic books, DC’s 52. Every one of these issues has been highly entertaining, keeping us exciting and guessing. 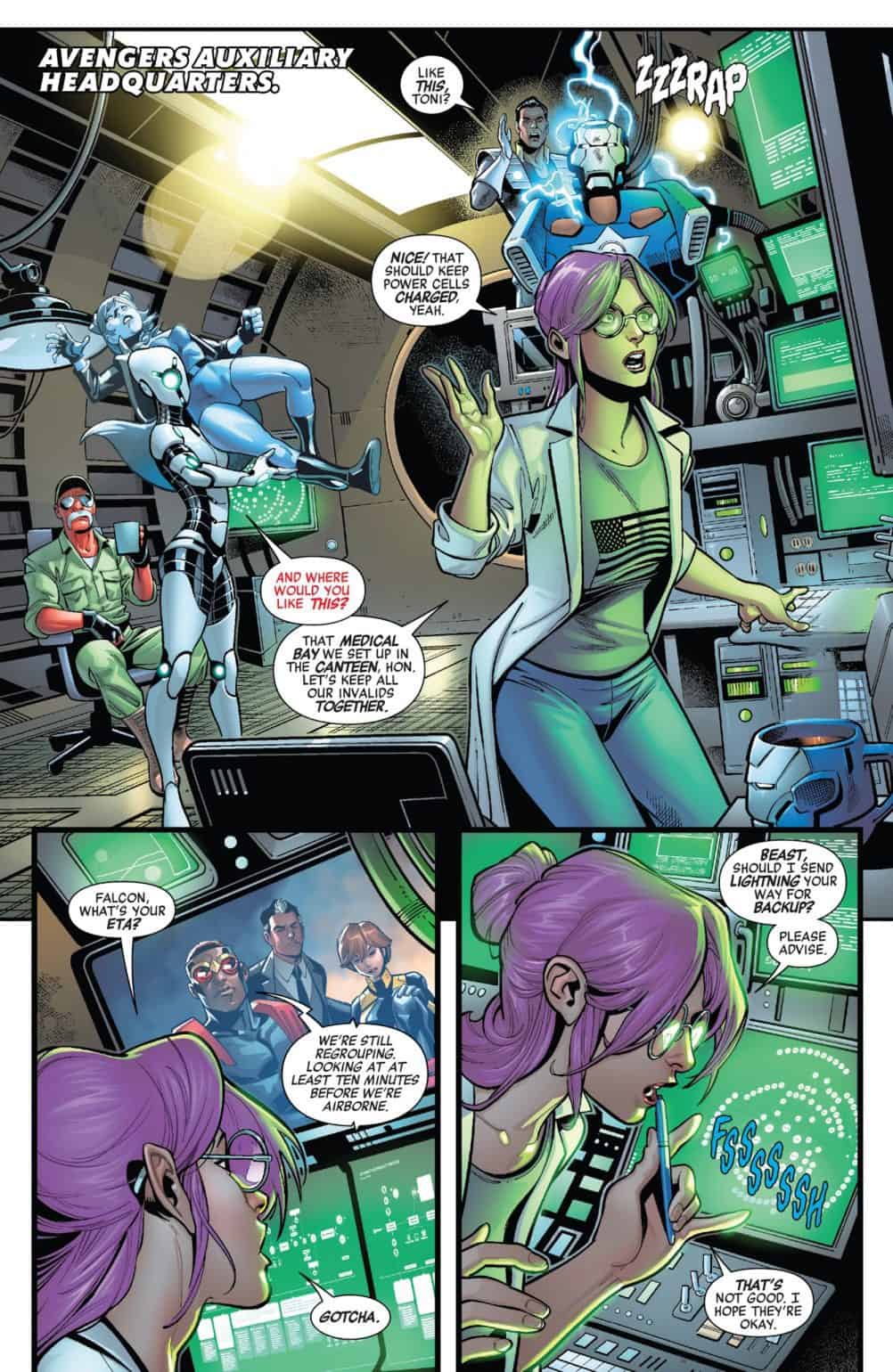 Paco Medina, Joe Bennett, Juan Vlasco, Ruy Jose, Jesus Aburtov, and Morry Hollowell deliver another explosive and beautiful issue. We’ve been getting spoiled by the art on this book. In a time where bi-weekly comics can’t keep a consistent art team, this series has been delivering every week.

Avengers: No Surrender has been absolutely dynamite so far. It has exceeded expectations and proved that Marvel is back on track. The 616 is full of life again, with both old and new characters leading the way. Marvel may want to consider another weekly series after this one concludes.

We're ten issues into the weekly Avengers series. It's been doing a lot of things right to help get the entire Marvel 616 Universe back on track. One of the most crucial factors has been making the world once again feel full of life.   ***SPOILERS...AVENGERS: NO SURRENDER Making The 616 Feel Alive Again