Over the course of the three movies Quill has appeared in so far, his character has come along way from being a kidnapped 80’s kid. But those who saw Infinity War this weekend may have noticed something interesting: Quill continues to screw up.

Infinity War‘s Peter Quill, for lack of a better word, sucks. But this was an intentional decision, and it works.

The Rise of Star-Lord 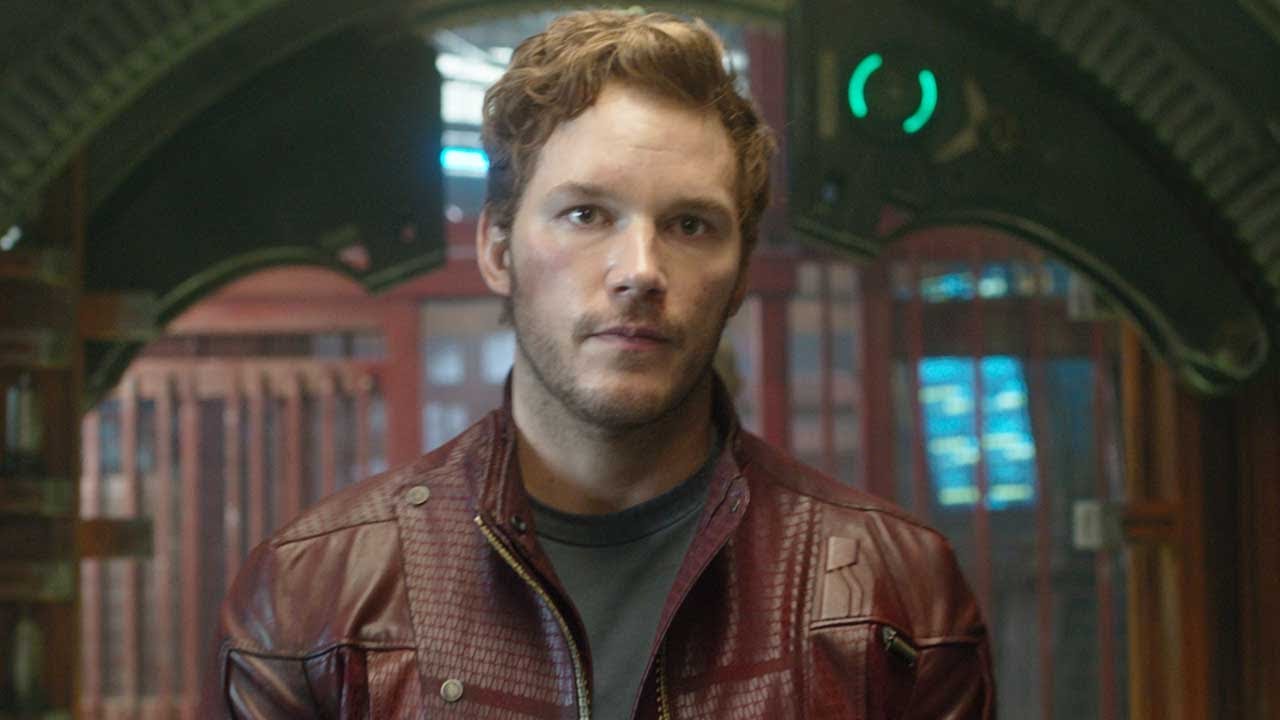 When we first meet Peter Quill, he is a fast-talking tomb raider. He is insulted when someone hasn’t heard of Star-Lord, his supposedly “legendary” moniker. He can’t remember the name of the alien woman he slept with, still aboard his ship.

The Peter Quill of Guardians of the Galaxy is a self-centered ego-driven jerk, like most of his soon-to-be-teammates. Though he is more open to a partnership than Rocket or Drax, he is still focused on what any given action can earn him.

We see his struggle with moral action vs. reward after experiencing the destructive nature of the Power Stone.

GAMORA: We have to bring this to the Nova Corps. There’s a chance they can contain it.

ROCKET: Are you kidding me? We’re wanted by the Nova Corps! Just give it to Ronan!

QUILL: So he can destroy the galaxy?

ROCKET: What are you, some Saint all of a sudden? What has the galaxy ever done for you? Why would you wanna save it?

QUILL: Because I’m one of the idiots who lives in it!

GAMORA: Peter, listen to me. We cannot allow the stone to fall into Ronan’s hands. We have to go back to your ship and deliver it to Nova.

QUILL: Right, right, okay. I think you’re right. Or we could give it to somebody who’s not going to arrest us, who’s really nice for a whole lot of money. I think it’s a really good balance between both of your points of view.

Quill’s first glimmer of heroism is caused, in part, by Gamora. Outside Knowhere, he gives up his oxygen supply to save her. Rocket makes the stakes clear for the audience, telling him “You’ll die in seconds!” Quill goes anyway, risking his life for her, though he’s not able to put why into words.

His completes his transformation into a hero with his famous speech to the Guardians.

QUILL: I need your help. I look around at us, you know what I see? Losers. I mean, like, folks who have lost stuff. And we have. Man, we have. All of us. Our homes, our families, normal lives. And, usually, life takes more than it gives, but not today. Today, it’s given us something. It has given us a chance.

DRAX: To do what?

QUILL: To give a shit. For once, not run away. I, for one, am not gonna stand by and watch as Ronan wipes out billions of innocent lives.

By the end of Guardians of the Galaxy, Peter Quill has finally earned the name Star-Lord. He hears it from the enemies aboard Ronan’s ship, and his mother uses his moniker in her gifted tape.

Most importantly, the film ends with this exchange:

QUILL: So, what should we do next? Something good? Something bad? A bit of both?

QUILL: Bit of both!

While he is not necessarily a purely altruistic hero, Quill is trying to do some good, and that’s primarily because Gamora has started to re-align his moral compass.

Learning to Love a Loss of Ego

In Guardians of the Galaxy: Vol. 2, Peter Quill has maintained his new moral alignment. He objects strongly to Rocket stealing the batteries they are supposed to be guarding, despite their high value.

Though his actions are pointed now toward more beneficent ends, they are driven still by his arrogance and ego. When escaping the Sovereign fleet, Peter and Rocket fight over who is piloting the ship, and end up causing it to become damaged and crash. Gamora explains the conflict:

QUILL: If what’s between my legs had a hand on it, I guarantee I could have landed this ship.

GAMORA: It’s not funny, Peter. We almost died. Because of your arrogance.

While dealing with his Ego, Quill is also faced with conflicting ideas of what family and love look like. He is put off by Rocket’s constant snark and traumatized by the way Yondu raised him. He is embarrassed to admit his feelings for Gamora publicly but is also confused by her inability to acknowledge the feelings they have for each other. And most significantly, Quill harbors deep anger toward his father for leaving his mother, “the most wonderful woman ever,” to die.

Quill tries to process these feelings but finds himself conflicted. He feels trepidation toward meeting his father and being on his planet but is also hurt when Gamora questions the situation. He has aligned himself with good because of Gamora but doesn’t understand why she doesn’t trust him.

This conflict comes to a climax when Quill has the opportunity to obtain infinite power. Within him is the power to remake the universe, in his image. But to obtain this, to truly become a legendary star lord, he must give up Gamora and the rest of his family, just like his father did.

Of course, Quill is unable to do so. He cannot let go of the people he loves. He describes what this means to him at Yondu’s funeral:

QUILL: And what I’m trying to say here is, that thing you’re searching for your whole life, sometimes it’s right there by your side all along and you don’t even know it.

So he defeats his father, even when faced with what seemed previously to be something he would fear:

EGO: Listen to me! You are a god! If you kill me, you’ll just be like everyone else!

QUILL: What’s so wrong with that?

One Sandwich Away from Demotion

By the time of Infinity War, Peter Quill has gone through a significant transition. He has re-aligned his moral center, choosing to do some good in the universe, and earning the name Star-Lord. He also learned that what mattered to him was not legendary fame and ego, but the family that he had been searching for his entire life.

These changes set up Quill’s conflict in Infinity War: he has his family and his purpose but is faced with the loss of those things. Thor is on his ship, threatening what Quill see’s as his natural place as captain. He is jealous of the attention Thor gets from Gamora and the other Guardians, a.k.a. his family.

These reactionary emotions don’t come from a place of weakness, but from his already profound fear of the loss of his family, stemming from his mother’s death. What if he isn’t fit enough, good-looking enough, or a strong enough leader, for his family anymore?

We see during the sequence on Knowhere that Quill’s expectations for himself are not shared by the other Guardians. He tries to give orders, still seeing himself as the leader, but they ignore him. The Guardians have moved on from the end of the first film, where they decided to follow his lead. They are a family now.

Gamora then forces Quill to face his greatest fear and asks him to kill her. In a moving moment, and one of the Infinity War‘s emotional highpoints, Quill pulls the trigger, choosing to honor her wishes, but is stopped by Thanos.

Only later does Quill’s fear come true, when he discovers that Gamora has died at Thanos’ hands. Overcome by his sadness and anger, he lashes out, effectively ruining the plan he, Iron Man, and Doctor Strange had concocted.

As before, this reaction does not stem from a character weakness. Quill’s emotional response to a familial loss was established in Guardians Vol. 2. This is simply the apex of his emotional journey.

That’s it, folks! Do you agree or disagree with Peter Quill’s characterization in Infinity War? Let us know on Facebook, Twitter, or in the comments below.