The begging question is how could a 20-year-old aspiring writer pen the most-famous horror novel of all-time. The answer, according to Glass, is that she lived it! The series will stem from the discovery of secret memoirs from Shelley and tells the story of monsters, which are real.

“I’m excited for everyone to see who Mary really was,” Glass said. “Olivia and I did extensive research on the ‘mother of modern horror’ and she was way ahead of her time, a true feminist pioneer.” 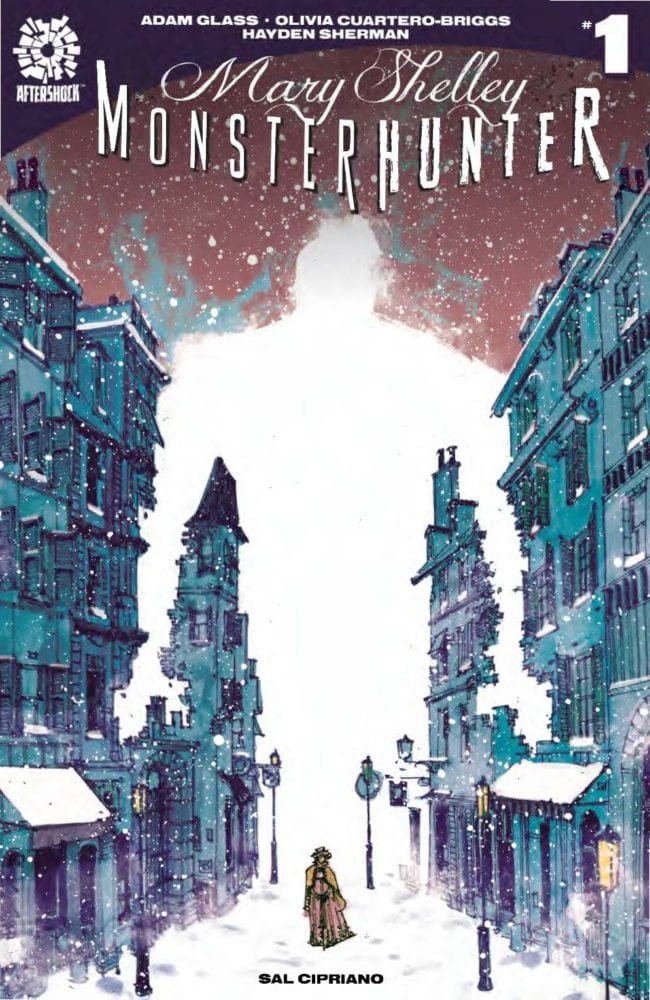 The series will follow the publisher’s announcement in providing fans with a ‘dangerous reading’ experience in 2019, as well as the unveiling of Oberon, a new series that will offer a brand-new and original spin on Shakespeare.

Keep an eye out for Mary Shelley: Monster Hunter #1 to land on shelves on April 17. Click HERE for the official report from The Hollywood Reporter, which broke the story.

What do you think, is the world ready for a monster-hunting Mary Shelley? What other famous novelists would you like to see take on evil? Let us know in the comments section below.

- Advertisement -
404
Find out how to get the
Monkeys Fighting Robots magazine!

Review: THE BUTCHER OF PARIS #5: At Long Last, Justice

Review: FRANKENSTEIN UNDONE #2 Moves Faster Than It Should

Welcome to 'I'd Buy That For A Dollar' a column where I will be exploring the weird and wonderful world of dollar bin diving....
Read more
Comics