ARMAGEDDON 2001: The Unexpected Vs the Inevitable

Some endings are inevitable, some endings catch us by surprise. Armageddon 2001, written in 1991 by Archie Goodwin, Dan Jurgens and Dennis O’Neil, is a textbook example of an inevitable ending. Until it isn’t. The writers opt for a twist, though they set up a different ending. They undercut their own story, insisting on the unforeseen. 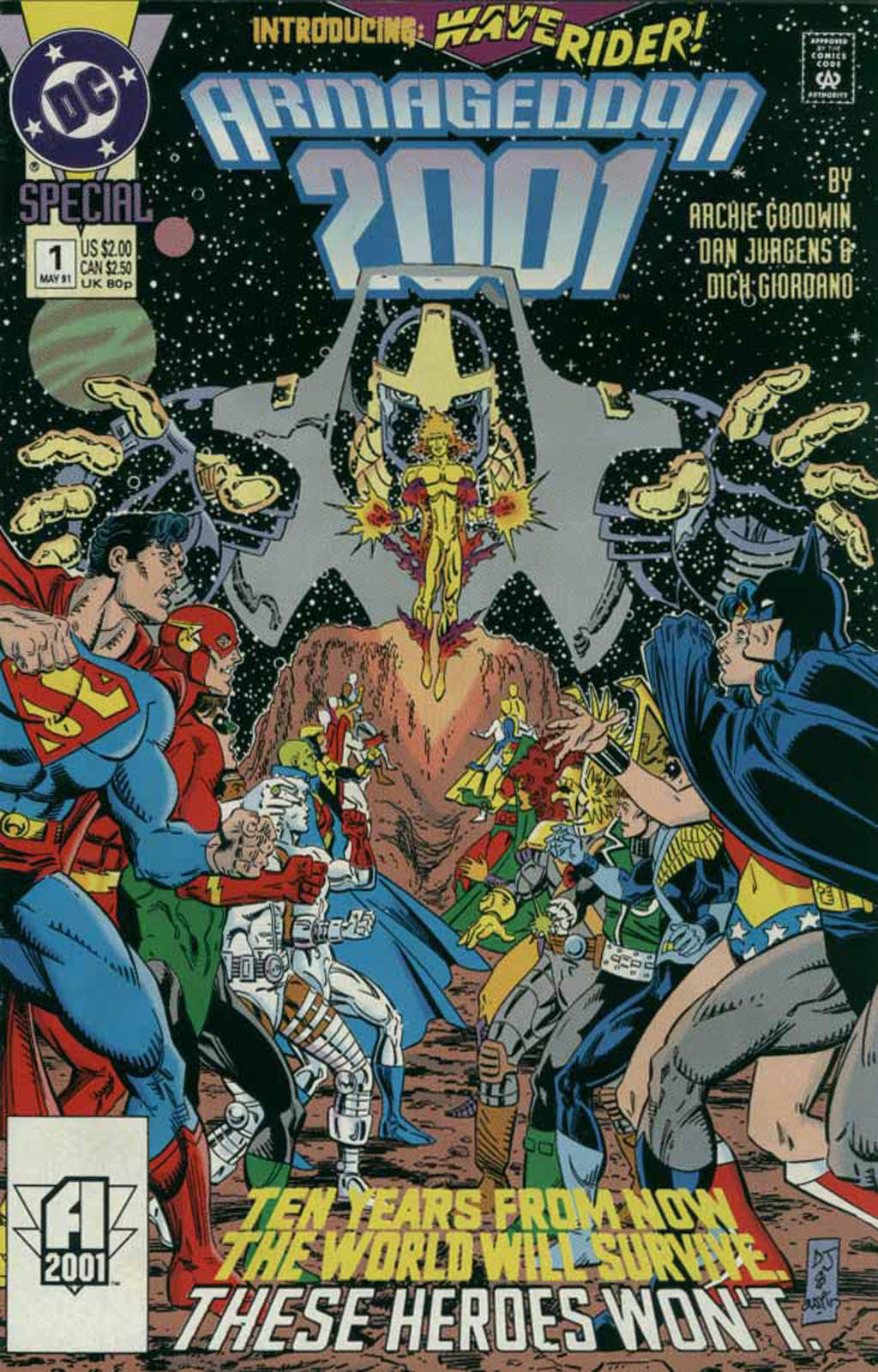 The Premise of Armageddon 2001

The story takes place in multiple times. We begin in 2001, ten years in the future from when DC published the story. We follow Matthew Ryder; a man imbued with time travel powers trying to find the true identity of 2001’s mysterious tyrant, Monarch. All Ryder knows is Monarch was once a superhero. He travels back to 1991 to investigate, and in a series of annuals, we learn about the future. When Ryder, now called Waverider, places his hand on an individual, he can see their future. He plans to make contact with each hero until he uncovers Monarch.

The Problem with Monarch

Goodwin and the company seemed to think their story was centered around a twist. Monarch had to be someone unexpected. One hero is actually fighting Monarch in all the possible futures, proving they aren’t one and the same. Hank Hall, AKA Hawk, fights alongside his partner Dove. As people are ticked off the list, it becomes clearer and clearer who’s future we haven’t seen. Waverider places his hand on Captain Atom’s shoulder in the penultimate issue, and the issue ends abruptly.

Readers quickly figured out what the next issue would entail. Captain Atom was Monarch. A leak from DC apparently confirmed suspicions. But the creative team caught wind that everyone knew where the finale was going. In a final panic, they changed the script for their finale. Captain Atom was not going to be Monarch, Hawk was. The one hero you wouldn’t expect… because it was impossible. With no explanation for the inconsistencies, the series ended, and a good story died.

Captain Atom as Monarch was inevitable. The story led us there, and leaked or not readers knew. So what? Not all endings need to be a twist. We know that Romeo and Juliet are going to die. It’s clear Walter White is going to implode. Thelma and Louise are sure to careen off a cliff at some point. That’s what is so brilliant. Those endings are inevitable, and the slow march to the conclusion has you on the edge of your seat.

An inevitable conclusion is just as satisfying, perhaps more so than a twist ending. When the audience feels like they have more knowledge than the characters, they sit in suspense as they can do nothing about the characters’ downfall. It’s this dramatic irony that makes some works so enticing. Twists don’t need the same kind of care and set up. A writer can simply do the unexpected, whether that’s the best for the story or not.

Dramatic irony insists a writer know their characters. What are the consequences of creating these people? What is their ultimate end? But furthermore, dramatic irony insists that there must be stakes. We have to care about these characters and events because if they’re going to die, we have to wish they wouldn’t. Otherwise, we glance at our watches until the guillotine comes down, yawning happily that their snore-fest lives are over. 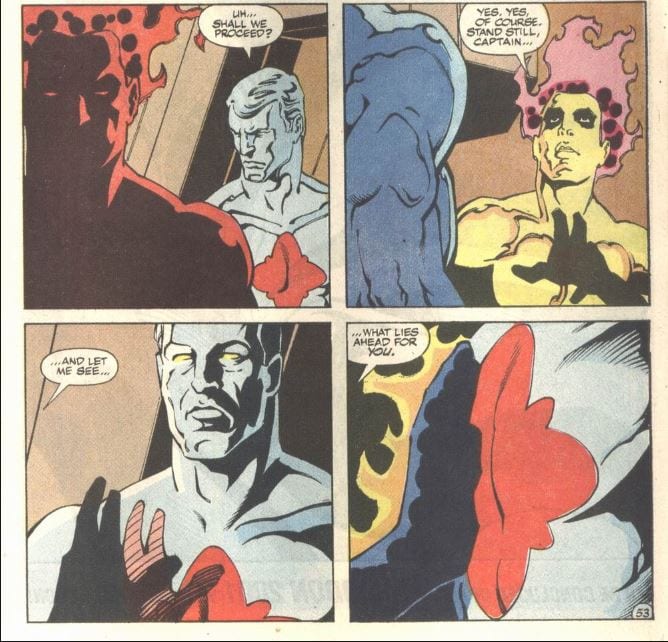 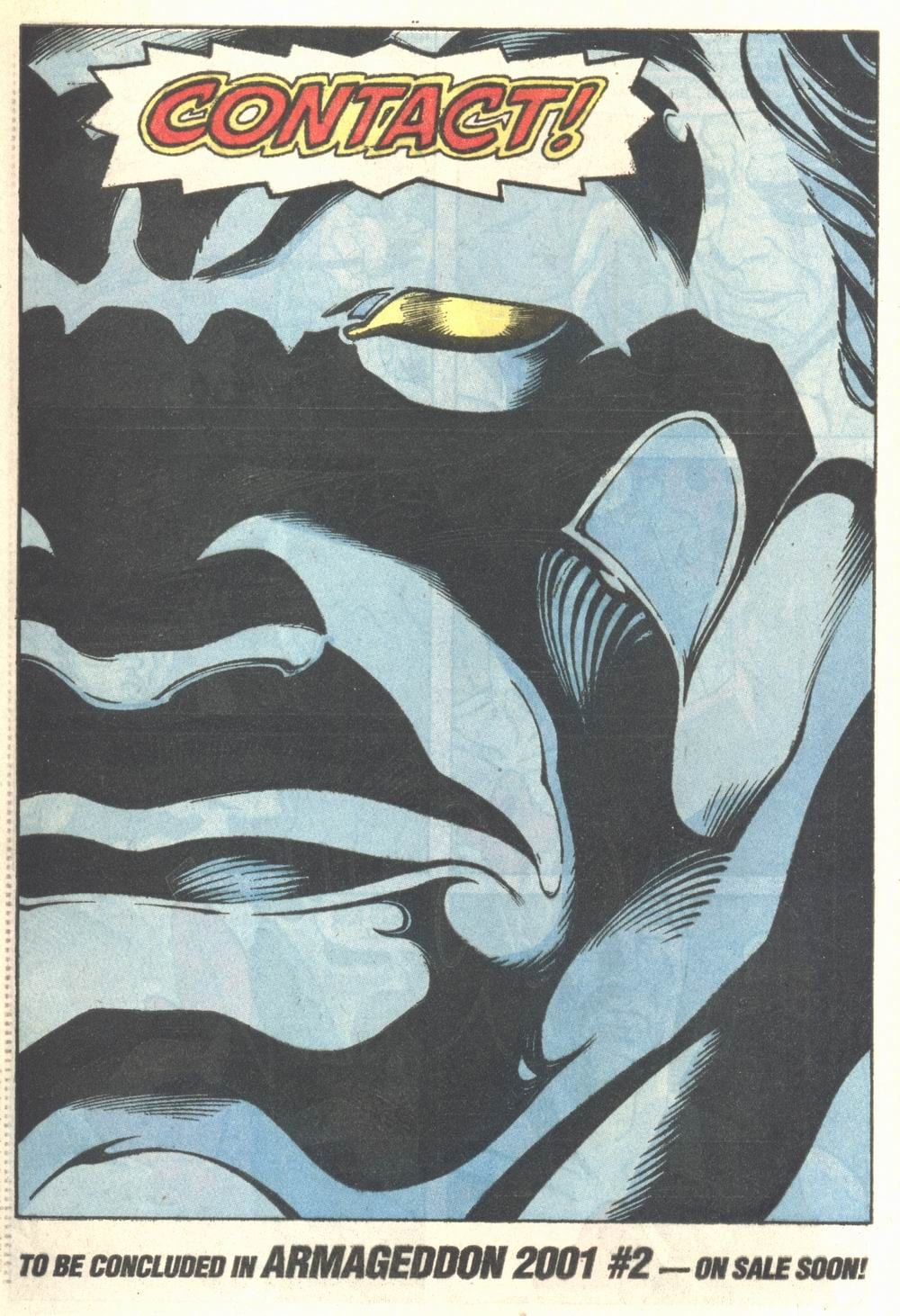 Armageddon 2001 placed shock over plot and character development. Interestingly enough, they had set up a perfect ending. Captain Atom was a loveable character whose demise would be tragic. They had high stakes, but the marketing had already assured “you’re never going to guess who Monarch is.”

Unfortunately, Armageddon 2001 has not acted as the martyr it should have. Writers and editors push for the shock and awe to this day. The “you’ll never guess what happens next” endings are valued over the “things get worse, but you already knew that didn’t you?” endings. Perhaps because it hurts to write such endings, creating a character that is admirable and watching them endlessly fall has got to be tough. But ultimately, it leaves people caring.