Are Alternate Comic Book Sizes Better Than the Standard Format?

The size of Comic books has remained relatively constant since the Golden Age, but through printings such as DC Comics’ Black Label line, we are now being introduced to page sizes that completely alter how we take in the beloved medium. The only question is: are these new sizes superior to the standard format we have been reading for years?

The Dark Knight Returns was the first comic book to be referred to as “prestige.” These books are typically longer in length and are printed on a higher quality paper but still have the same page sizes as standard comic book issues. Now, with comic books such as Superman: Year One and Batman: Damned, page sizes are larger and drastically change how panels are presented.

Superman: Year One has a format so that the side ratios almost create a square, measuring 8.5” by 10.75.” One of the advantages to this new size is the freedom it gives to the artist, in this case, John Romita Jr, to create visually stunning single-page spreads, that achieve almost the same effect as a double-page splash would in a standard issue of a comic. A double-page spread can have a more significant impact than could be achieved in the standard issue of a comic and provides the artist with the freedom to go into more detail in his or her artwork, knowing it will come across effectively on the page. The artist for Batman: Damned, Lee Bermejo, once said in an interview with Syfy Wire about the new page size that “You fell into the story more, widescreen scenes got really widescreen. The new format really brings something else to the storytelling. I think it was more immersive.” 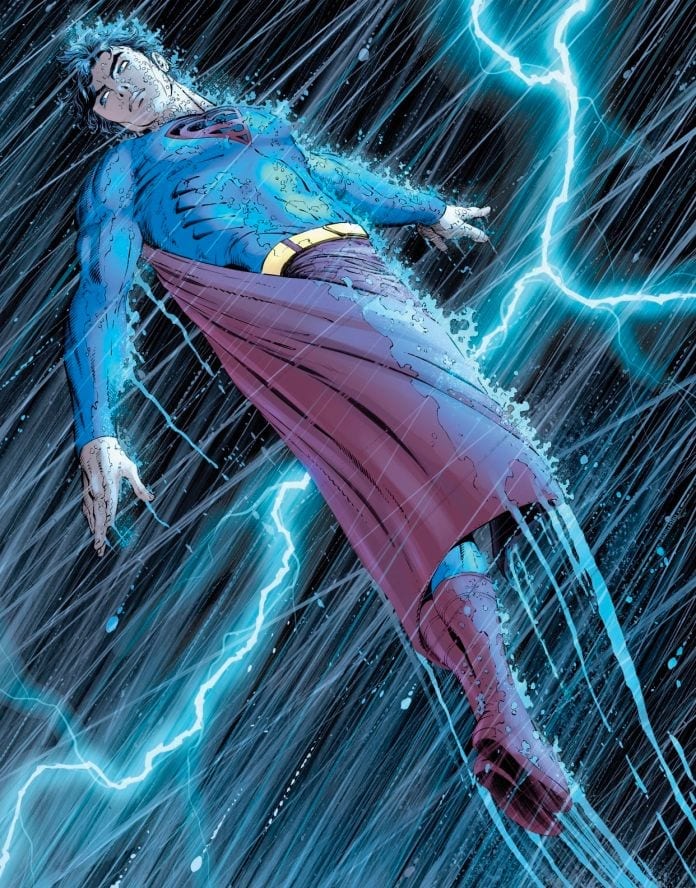 However, changing the size of comic books makes it difficult for long-time collectors. Different sizes mean that packaging these books requires new bags, which a collector may not have on hand. While DC’s Black Label wants these larger issues to be able to fit in magazine storage bags, but collectors who did not already collect magazines need to go out and purchase them. Even then, comic book storage bags often come in bulk, but larger issues do not come in a large enough quantity to warrant such a purchase. If a collector were to spend money on these new sizes, they would most likely have a large surplus of magazine bags afterward.

Probably the most important aspect of what these larger sizes do is allow pages heavily crowded with individual panels to remain stunning. Take the 16-panel grids that Frank Miller used for his iconic story The Dark Knight Returns: these panels allowed for a lot of story to be covered in a short space, but did not allow for much artistic flexibility in a normal-sized comic book. The Dark Knight Returns was beautifully crafted and allowed for each of these panels to still be enjoyable, but the 16-panel grid is extremely difficult to pull off when limited by the size of the standard comic book. If the same technique was utilized on a page the size of those in Superman: Year One, however, the same effect could be achieved at a much larger scale. Each of the small panels would be much easier to comprehend, there would be less worrying about dialogue cluttering a panel, and there would not be confusion resulting from having small images tell the story. The ratio of width to height of these pages would also cause each of the panels of the grid to have a shape much closer to a square, as opposed to the movie-poster-like ratio that occurs in The Dark Knight Returns. 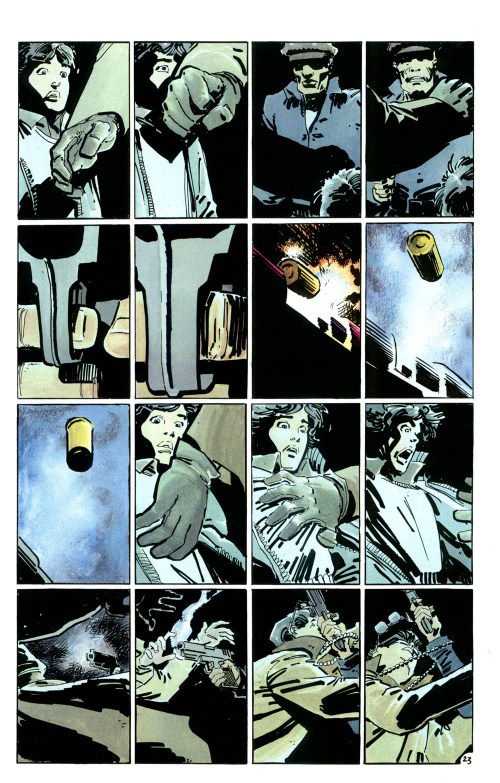 With all the advantages that this new expanded size brings, the main factor that could limit their success would be pricing. Comic books started as a cheap form of entertainment but have become quite an expensive hobby. These new comic books are larger, so it is only natural that their prices are higher. The average comic, such as Batman #87, costs the reader around $3.99 to purchase. The first issue of Batman: Damned cost $6.99, and Superman: Year One #1 cost even more at $7.99. Obviously, this is because of the better quality of the paper and longer page count of each comic book, but it is up to the reader to decide whether this increase in content and quality is worth it. To be fair, the first issue of Superman: Year One was twice the size of a standard comic book, and with the larger page size and better paper quality, you are actually getting a better deal for its price. Still, the cost of these new formats might be more than some people wish to spend on comic books.

These alternate page sizes are a new frontier for comic artists and writers alike and have the potential to revolutionize the medium. While dialogue and the artwork play a major part in comic-book storytelling, it is the layout of the panels that make it a story. Due to the page size changing, so will the way stories are told upon it, which is why this is such an exciting area in comic books at the moment. Alternate sizes have several distinct advantages over what we see every day in our local comic book stores, but might be too expensive for the casual reader.

Do you want to see more variety in comic book page sizes? Let me know in the comments below!