Archie 2020 And Beyond: Predicting The Trends For The Next Decade

The decade is almost over, so let’s look back on Archie’s ten-year evolution and speculate on his future. The first half experimented with different ideas not seen in the franchise for a long time. From marriage and adult life in “Life With Archie” to “Archie Horror“. The “New Riverdale” series spearheaded by Mark Waid was a huge change in the status quo of the franchise, pushing the main cast into new roles while reflecting on our current times. What can we expect from Archie Comics over the next decade? The Archie Americana series presents some suggestions.

The Premise Of Archie

Since the forties, Archie Comics has one goal in mind; depicting coming-of-age tales for America’s youth. Being a teenager is one of the most crucial and vulnerable times in a person’s life. With Archie, kids who ponder about high school or even teens in the same grade have a pal they can confide in. It’s not just about high school but reflecting on social events of that period. For each decade, readers get a new Archie to see what life is like for any generation. 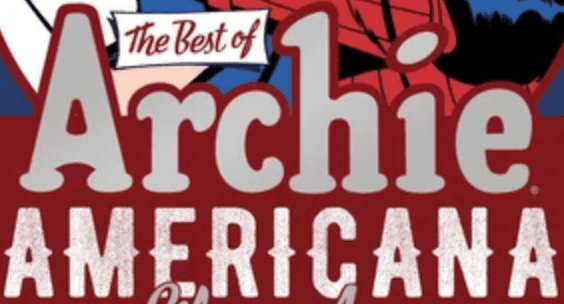 To help get a better idea, Archie Comics released the Archie Americana collection that focuses on different eras. This includes but is not limited to social commentary like the 80s Punk Movement. In a more milder move than South Park, Archie explores both sides of the topic realistically. For example, cable was semi-useful until the wires are cut. Other times Archie Americana parodies popular media like Batman and Knight Rider for fun.

With the turn of the decade, some trends are already starting to form for Archie and his gang.

When it comes to TV some companies are already bundling their streaming services. But it can still go even further through some middleman companies like “Roku.” Think “Hulu,” “Disney+,” and a few less notable services like “YouTube Originals” in a 6-for-1 deal. Again though, it comes with some inherent flaws like lacking “Hulu with Live TV.” It would be middleman products, after all.

Virtual Reality is steadily improving enough to make 90s Jughead freak out. Music, gaming, and streaming are all viable areas for VR that steadily improves. Maybe the Archies will make appearances like the “Blue Man Group” or “Gorillaz”. Unfortunately, that also means more special effects like autotune. Thankfully live touring is still a thing that’s lucrative. Because sometimes real life trumps a virtual one. 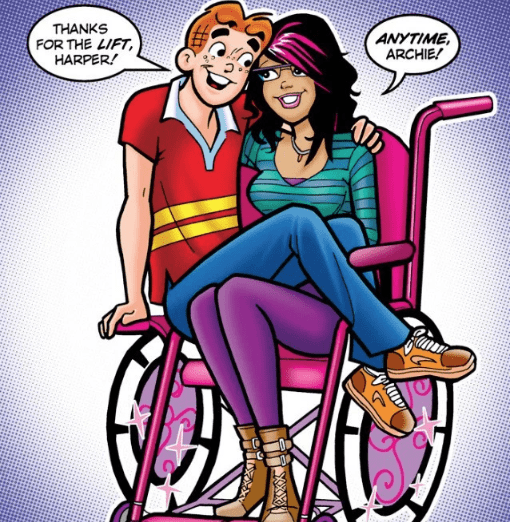 It wouldn’t be social commentary without reflecting on positive inclusions on social lives. Representation is kind of hard though since Archie has at least one member of groups considered marginalized. Thankfully, Kevin and Harper are too fleshed out to even be considered token cast members. More mature topics like drugs or guns would have to be very subtle; this is supposed to be for all ages.

However, education vs. real-world experience is a very viable discussion for anyone. With the internet peaking its potential, schools are almost obsolete. Most people with Master’s Degrees don’t even get jobs in his or her major’s field. Betty is certainly someone who would be affected the most by all of this. The best thing to do is have Betty find herself through jobs and internships. That way, she can see what she’s good at and make smarter decisions.

Then there are the job benefits of small businesses and major corporations. Jughead working at Pop’s would have him work minimum wage but with benefits and personal fulfillment. Major chains or corporations like Lodge Industries meanwhile can offer higher salaries, benefits, and more opportunities. The problem comes from whether anyone wants to stick around. Most characters like Reggie are more than likely to end up in unfavorable warehouse jobs.

Anything else like fashion, Enoughism*, and social media events are all viable for Archie 2020s. 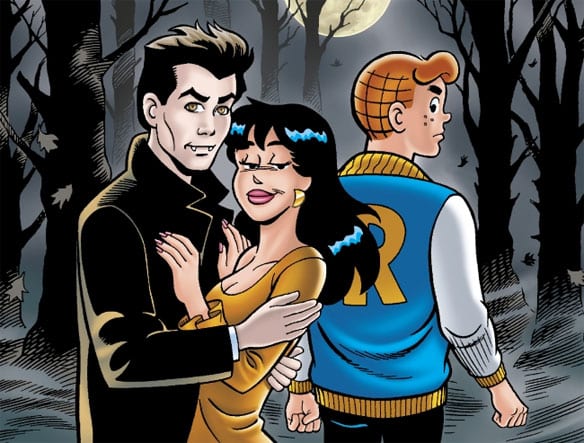 A few topics come to mind for popular media parodies. A parody of Game of Thrones is definitely a possibility, hopefully without all the ‘everybody dies’ cliche. But it would be a waste not to parody hit movies. Obviously, Archie’s superheroes from the Dark Circle imprint would have an in-comic cinematic universe. Maybe even biopics like Bohemian Rhapsody and Rocketman. Everything else remains subjective to the zeitgeist.

Now for some real guesstimating. Archie Comics tackles everyday life in a way anybody can relate to. That usually means getting out of comfort zones. Putting the cast in new settings is always viable if it’s a slice-of-every-life. One idea is “College Life with Archie,” one where the New Riverdale cast has to choose where they go in life. Otherwise, there are remake publications analogous to Jughead’s Time Police.

Then there’s what the “Newer” Archie would look like. With the New Riverdale cast’s graduation, someone has to fill the void. A slight redesign like every other decade is also expected. Not a return-to-form series though, Classic Archie covers that complete with the old artwork. Then there’s the whole portrayal part. New Riverdale expands and retrofits the characterizations. From Archie’s looks, Jughead’s asexuality, and Veronica being a fish out of water. It would be great if Archie 2020s does this too. Reggie, for example, has a chance for more development.

It all comes down to the people behind the Archie Comics. But what do you all think? Will Archie make any big changes? What will be the next trends the Riverdale gang messes with? Share your thoughts in the comments.

*Enoughism is a theory according to which there is a point where consumers possess everything they need, and by buying more it actually makes their life worse off.