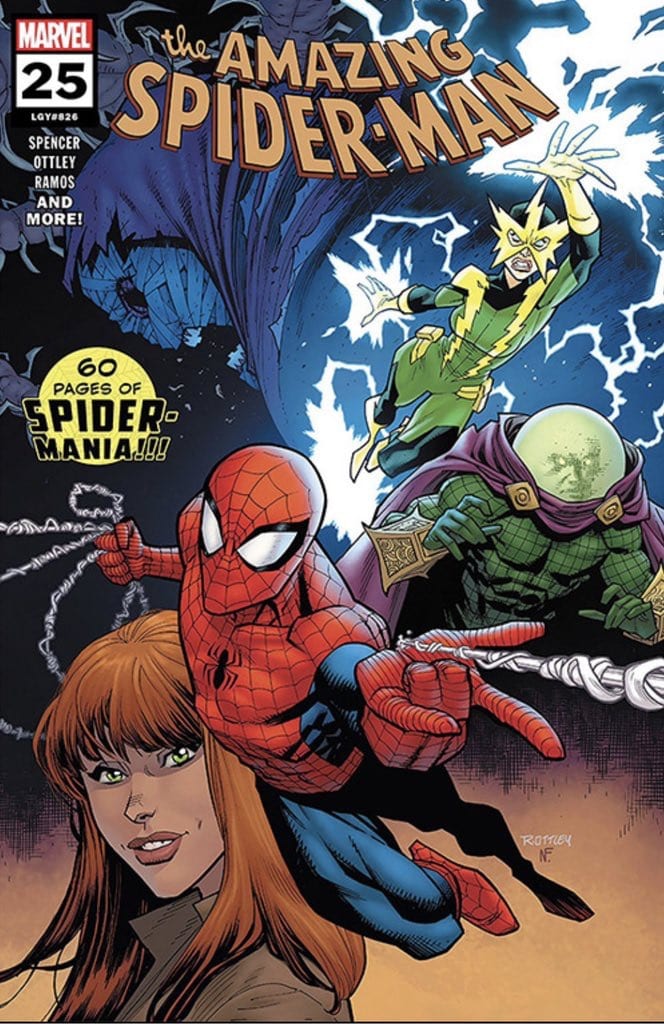 These over-sized issues can end up being bloated primer issues setting up the next few story arcs. While it’s definitely a primer issue, there’s no bloat. Nick Spencer intertwines all these future story teases into a cohesive, collective read.

Our story still jumps all over the place, but it doesn’t feel like a glorified solicitation. The second year of this fantastic run will continue the old school comic book craft and heavy use of mystery going forward.

Writer Nick Spencer has shown he knows how and when to challenge Peter Parker. If this issue is any indication, we’re to get no shortage of that in the coming issues. Amazing Spider-Man is back to being one of the top ongoing superhero comic books.

The Syndicate emerging, and recruiting Electro, is promising given the collection of characters. Spencer always thrives with lower-tier villains and giving them new life. A collection of evil ladies for Spidey to face-off against should be entertaining.

MJ’s return to the acting world and her heroics on the way there were truly satisfying. Her journey should firmly supplant her as a co-lead character more than just a girlfriend decoration like we’ve seen a few times in Spidey’s long history.

We get a satisfying conclusion to the Conners family after the events of “HUNTED.” Peter refuses to give up on Curt and his family, it’s a touching epilogue to their story.

We see Peter return to classes where his professor’s monologue about human’s brilliantly violent nature and it’s responsibility when it comes to science was wonderfully executed. This issue had something to say while also achieving supreme comic book crafting.

Getting back to JJJ and Peter’s relationship from Zdarksy’s run and the Die Chromator scene “Team-Up” Spencer finally checks in on JJJ and Spidey’s relationship that Chip Zdarsky set-up in his Spectacular run. The two have been one of the brightest shining spots across all of Spidey’s line of comics in recent years. To finally get Spencer’s take on the bromance looks to be witty and hilarious. 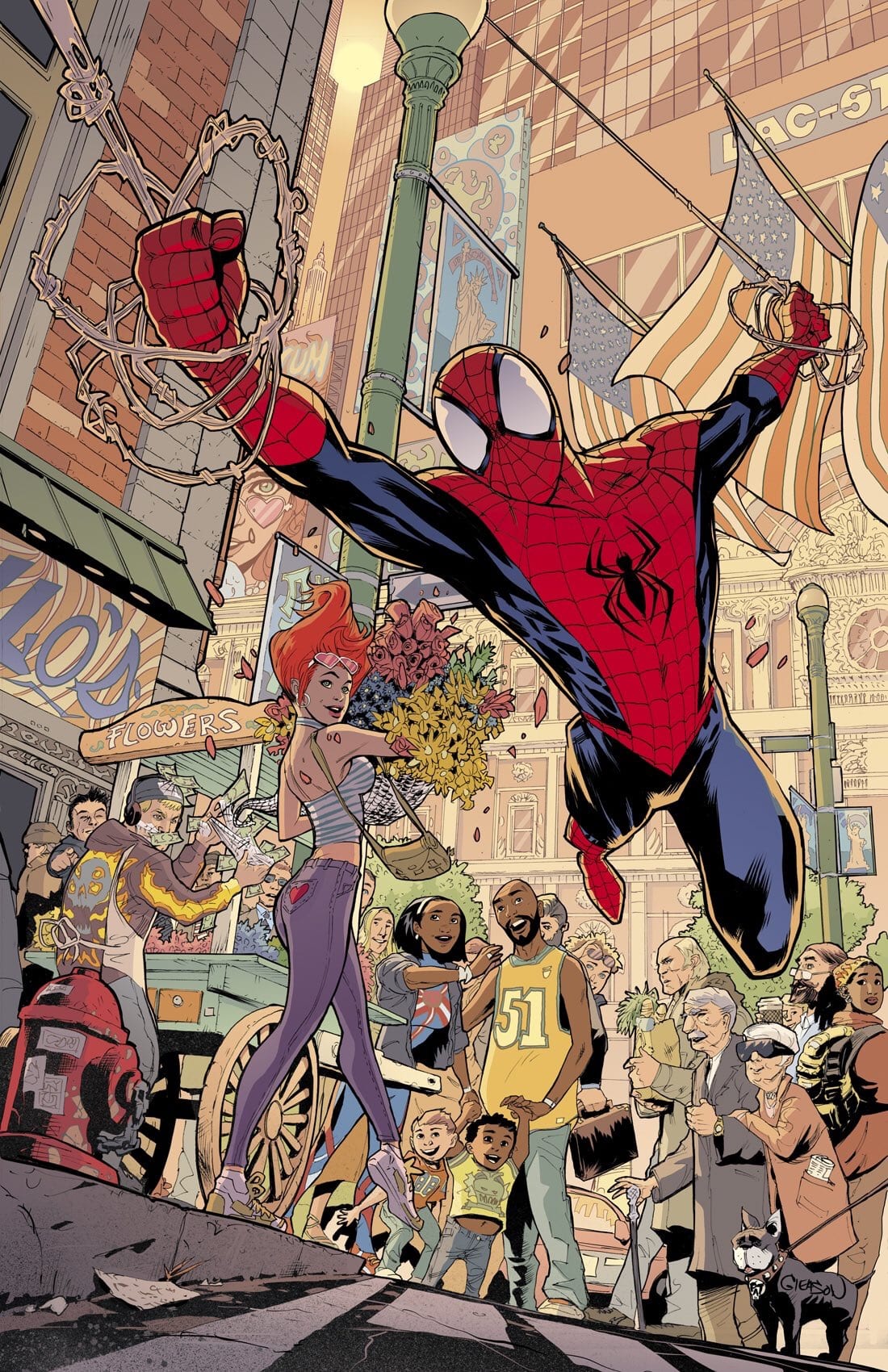 Still no reveal on who Kindred really is, but it keeps getting saucier the more we see. Nick Spencer has been inching towards a truly epic showdown for a year now. Kindred is clearly somebody who was close to Peter as he now promises to make things personal (and maybe even clean up the number of Spider-People swinging around).

Amazing Spider-Man #25 delivers on both fronts. As an issue of the series, it gives closure on specific threads while introducing entirely new ones. Our cast of characters are all heading into interesting territory. Spencer makes this a book about much more than increasing drama for Spider-Man, everyone is involved and getting their proper amount of development.

As far as primer issues go, this is actually a cohesive story on multiple fronts rather than a cut & paste jump around with every page turn. The collection of artists delivering Spencer’s script are seamlessly transitioned between. Each of them is given a fitting chunk to work with.

Ryan Ottley’s art is at the core of this series but the artists that come in to take the wheel for a while in between his issues have all done spectacular work. As the great Humberto Ramos leaves his ASM duties behind, all-star Patrick Gleason comes in. We get to see them both here alongside Ottley.

The sixty-page comic book Amazing Spider-Man #25 is both a successful bridge from one batch of narrative to the next and an accessible jumping-on point for new readers. There’s plenty of comedy, heart, action, and romance.

The sixty-page comic book Amazing Spider-Man #25 is both a successful bridge from one batch of narrative to the next and an accessible jumping-on point for new readers. Brandon J. GriffinAMAZING SPIDER-MAN #25 - Spencer & Ottley Year 2