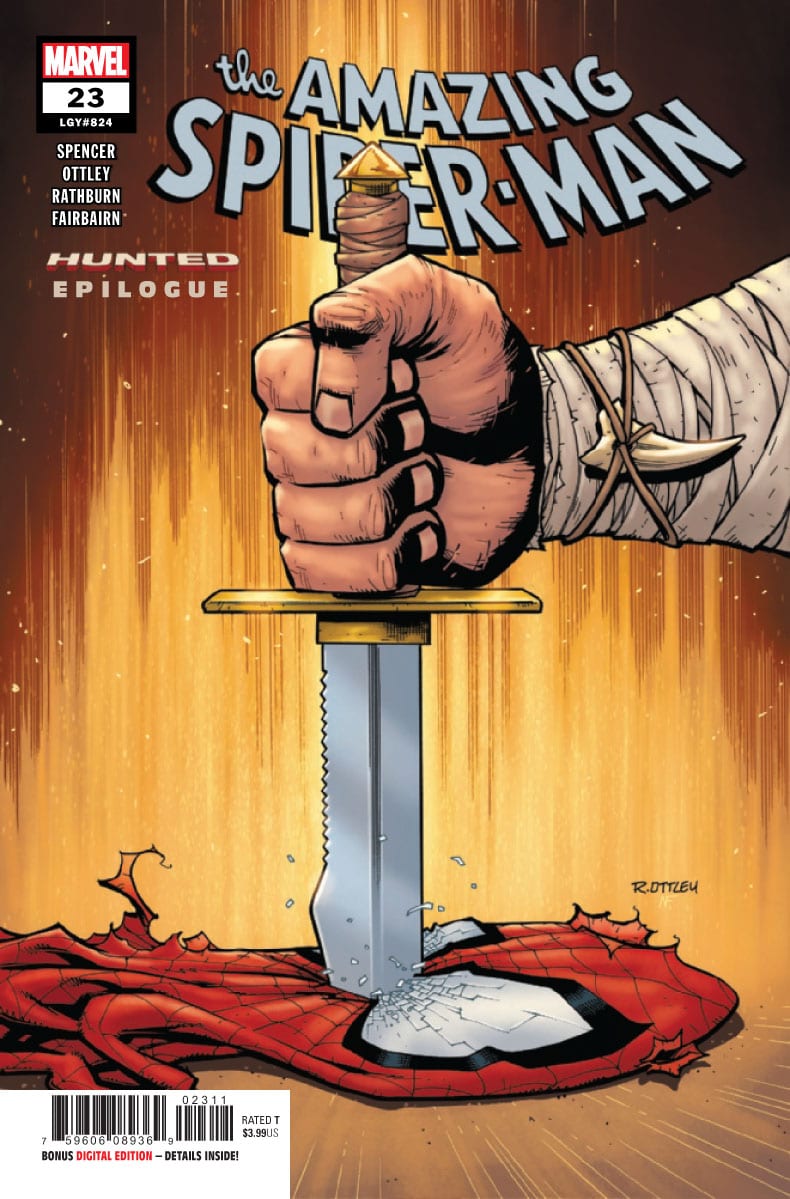 Imagine hunting and killing your whole family of clone brothers to prove yourself to your father. Imagine then having that father swiftly taken away from you by your own hand. The final image of your father underneath your swelling, bloody hands is him in a Spider-Man outfit.

Kraven may be gone but his clone-son may be even more tragic and deranged given the origin we just experienced. He passes on his name and entire identity to this clone-son who will be the new Kraven The Hunter going forward. It may damper the emotional resonance of this story, but it’s pretty well done as far as clone replacement stories go–especially in Amazing Spider-Man comics.

Spencer has setup a whole mess of future threads. The Savage Six becoming an official gang is the most exciting. If we learned anything from Superior Foes Of Spider-Man and all the scenes with Boomerang in this run of Amazing Spider-Man, it’s that Nick Spencer makes C and D level super villains into top tier characters.

Taskmaster and Black Ant repair their bromance after a “Tasky” betrayal. Their relationship has been an absolute joy and another instance where Spencer has been able to take lower tier villains and transform them into your new favorite characters. 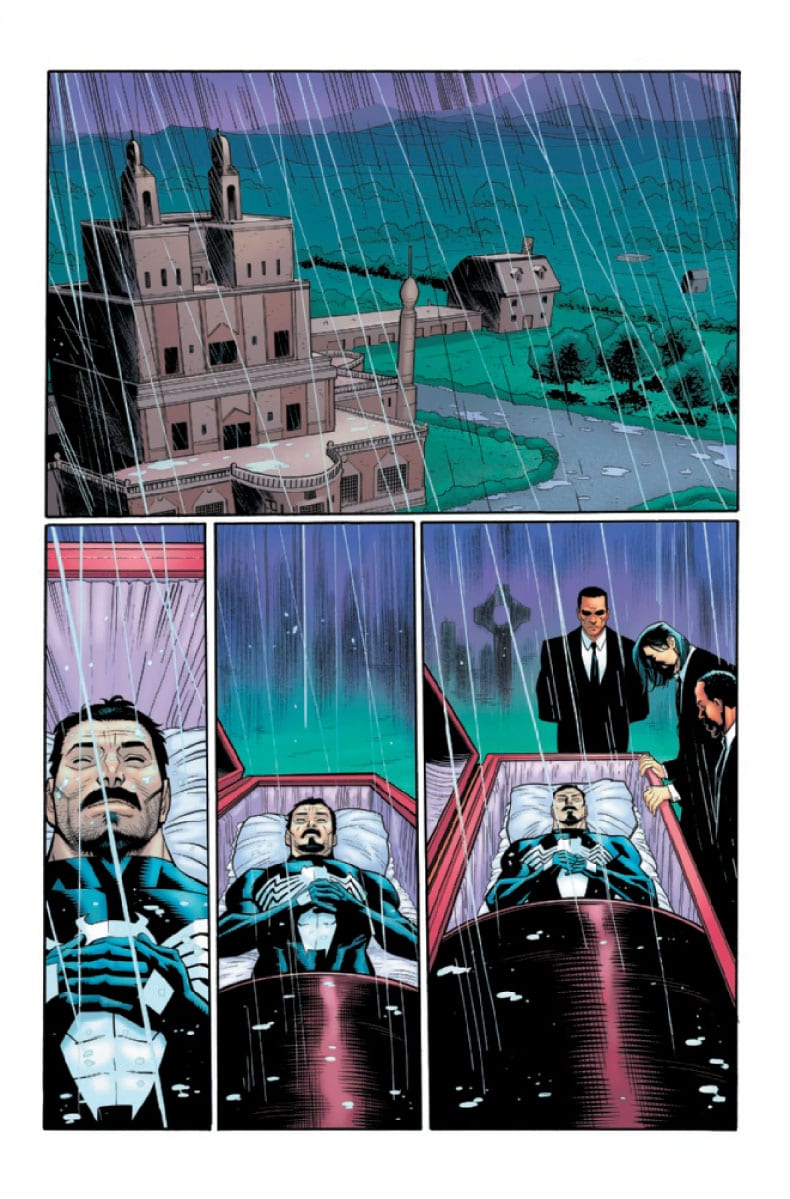 We get some closure on Peter’s horror vision of Mary Jane as he races home to find that she was actually fine. This is where we get another tease for the future story that Spencer has been slowly building towards since the very first issue.

We don’t know anything about this centipede stalker operating in the shadows, but Spencer has been playing the slow-burn perfectly and the hype is growing. One of the most enjoyable elements of this Amazing Spider-Man run has been the old school approach to building tension and drama. It’s rewarding to read Spidey comics again, we seem to have a lot to look forward to.

One of the biggest treats of Amazing Spider-Man #23 is the return of artist Ryan Ottley. We get to see his iconic take on the symbiote suit as well as a large chunk of heroes and villains we hadn’t previously seen him illustrate.

Ottley still blows me away with Spidey’s movement and poses every time he graces the book with his talent. It’s not a flashy style, but it’s one that fits the character and his movements perfectly. 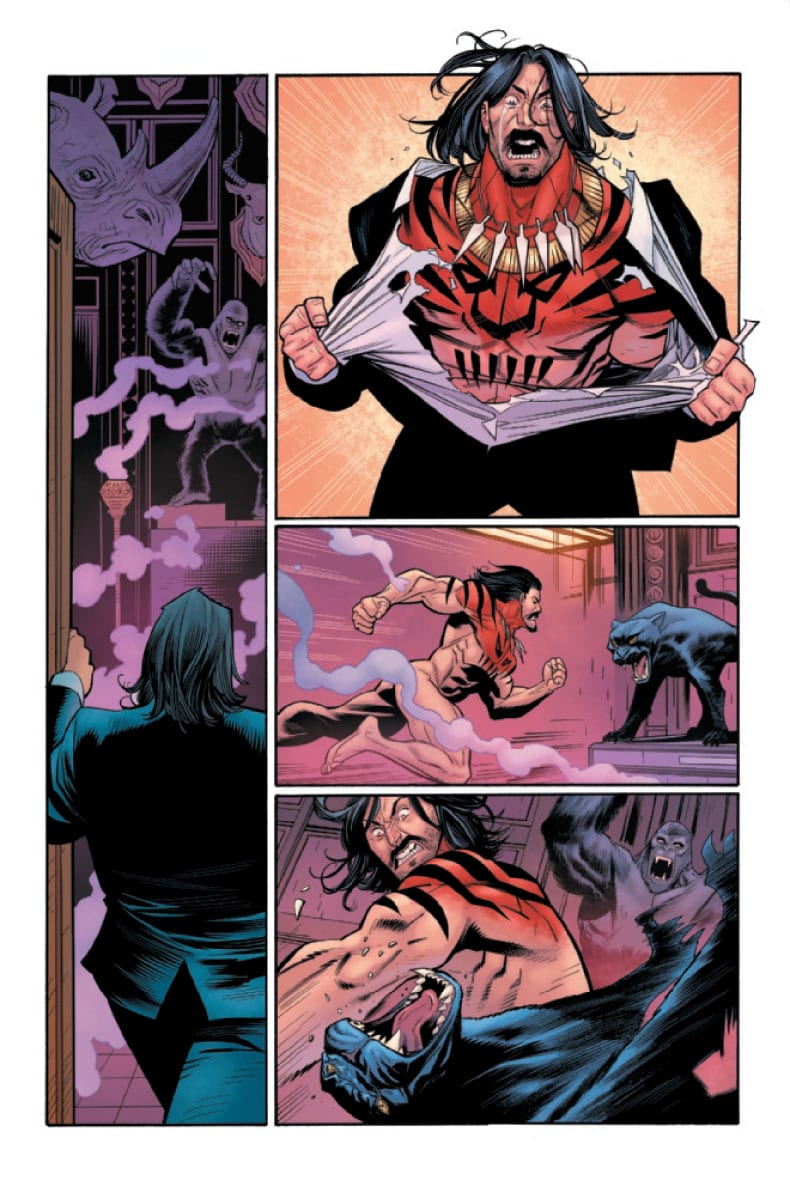 Texture is something that Ryan Ottley excels at, and there’s plenty of it in Amazing Spider-Man #23. From Lizard’s scales to Taskmaster’s skull, there’s a bunch of different textures on display that readers can easily imagine what they would feel like under their finger.

Colorist Nathan Fairbairn gives these textures more depth and does wonderful work blending colors together in scenes like the prisoners escaping only to be met by the Avengers and Fantastic Four. A lot of the characters in this issue have very simple color layouts but Fairbairn keeps the pages very lively.

At the time of this review, the final page was not shared with us by Marvel. The mysterious funeral attendee’s identity remains a secret until Wednesday. My first guess would have to be Kraven’s brother, The Chameleon. Be sure to check out the issue on 6/12!

The epilogue to "HUNTED" wraps up this Kraven epic nicely while setting up a ton of future Spidey drama.AMAZING SPIDER-MAN #23 - "The Beast" Never Dies