ARTEMIS AND THE ASSASSIN #1 hits your local comic book store March 18th, but thanks to AfterShock Comics, Monkeys Fighting Robots has an exclusive four-page preview for you.

About the issue:
What happens when a time-traveling assassin and a spy from 1944 try to kill each other?

For a price, a top-secret assassination organization will travel through time and interfere with watershed moments. Trained as the agency’s top assassin, Maya is sent to kill Virginia Hall, the deadliest spy of WWII. Charged with carrying important plans about the invasion of Normandy to the allied troops, Virginia’s death would have a cataclysmic effect on WWII as we know it.

ARTEMIS AND THE ASSASSIN #1 is by writer Stephanie Phillips and artists Meghan Hetrick & Francesca Fantini, with colors by Lauren Affe and letters by Troy Peteri. Covers are by Phil Hester.

Monkeys Fighting Robots had the chance to speak with Phillips about the new series; read the full interview here!

Check out the ARTEMIS AND THE ASSASSIN #1 preview below: 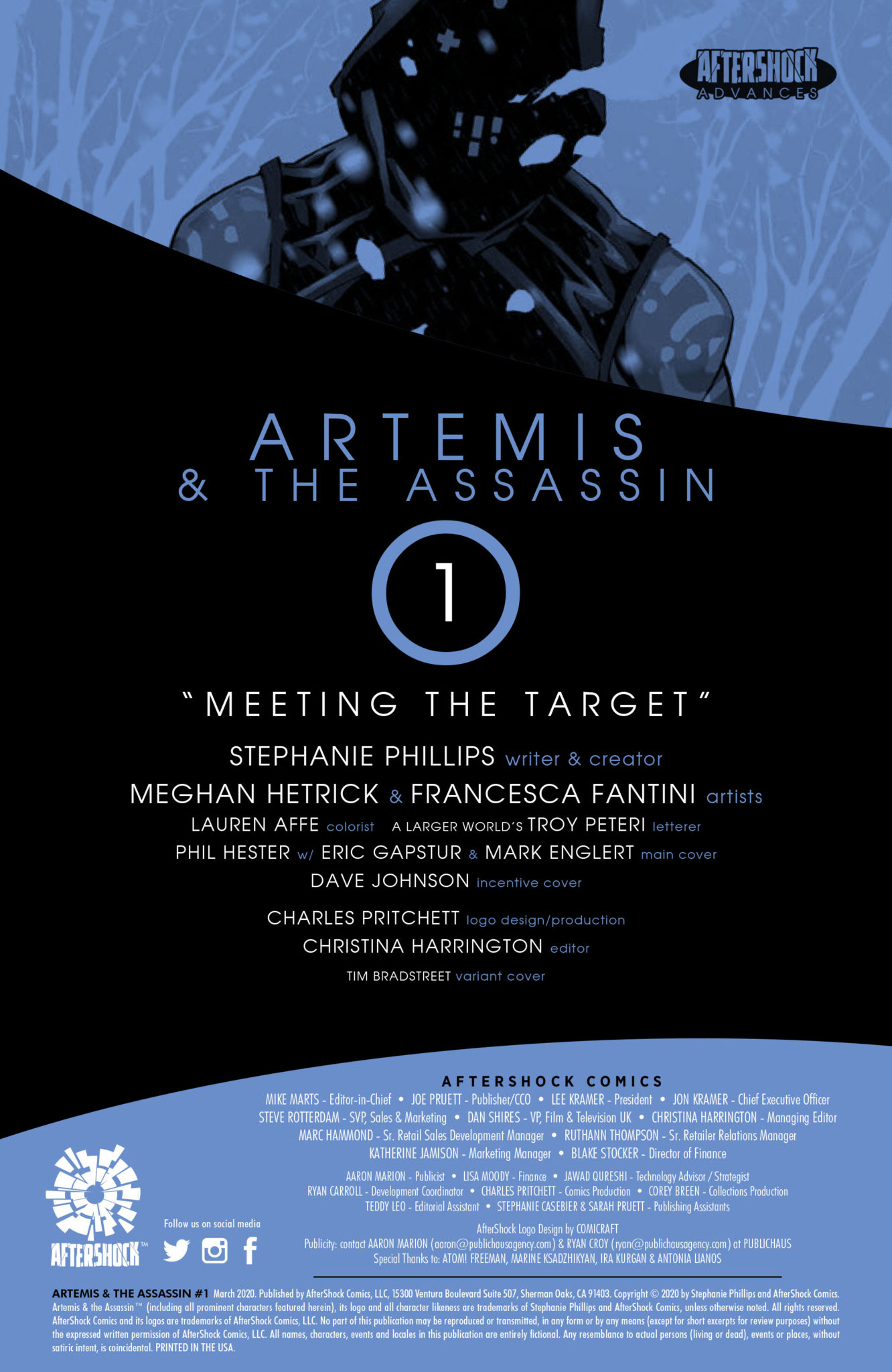 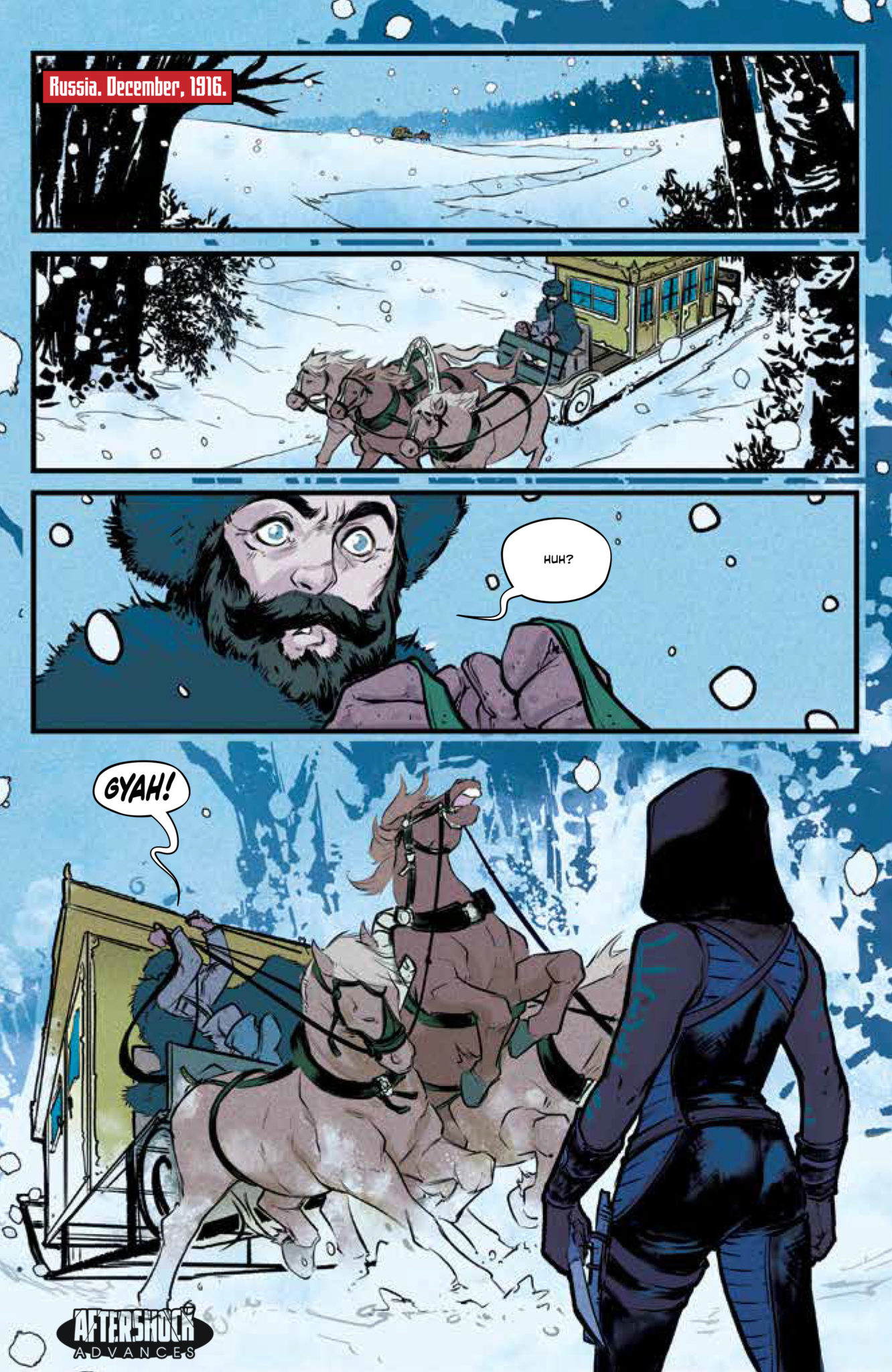 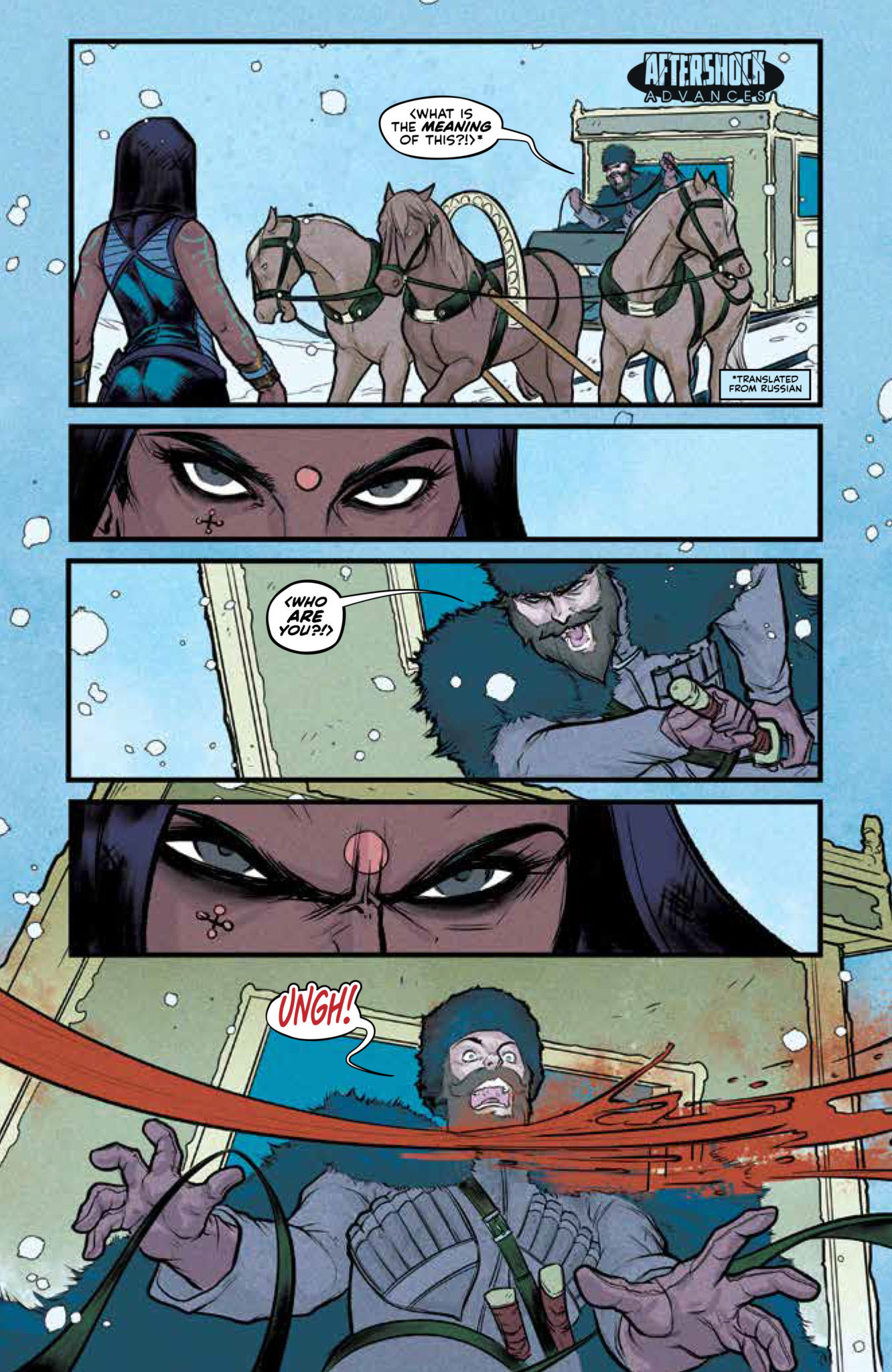 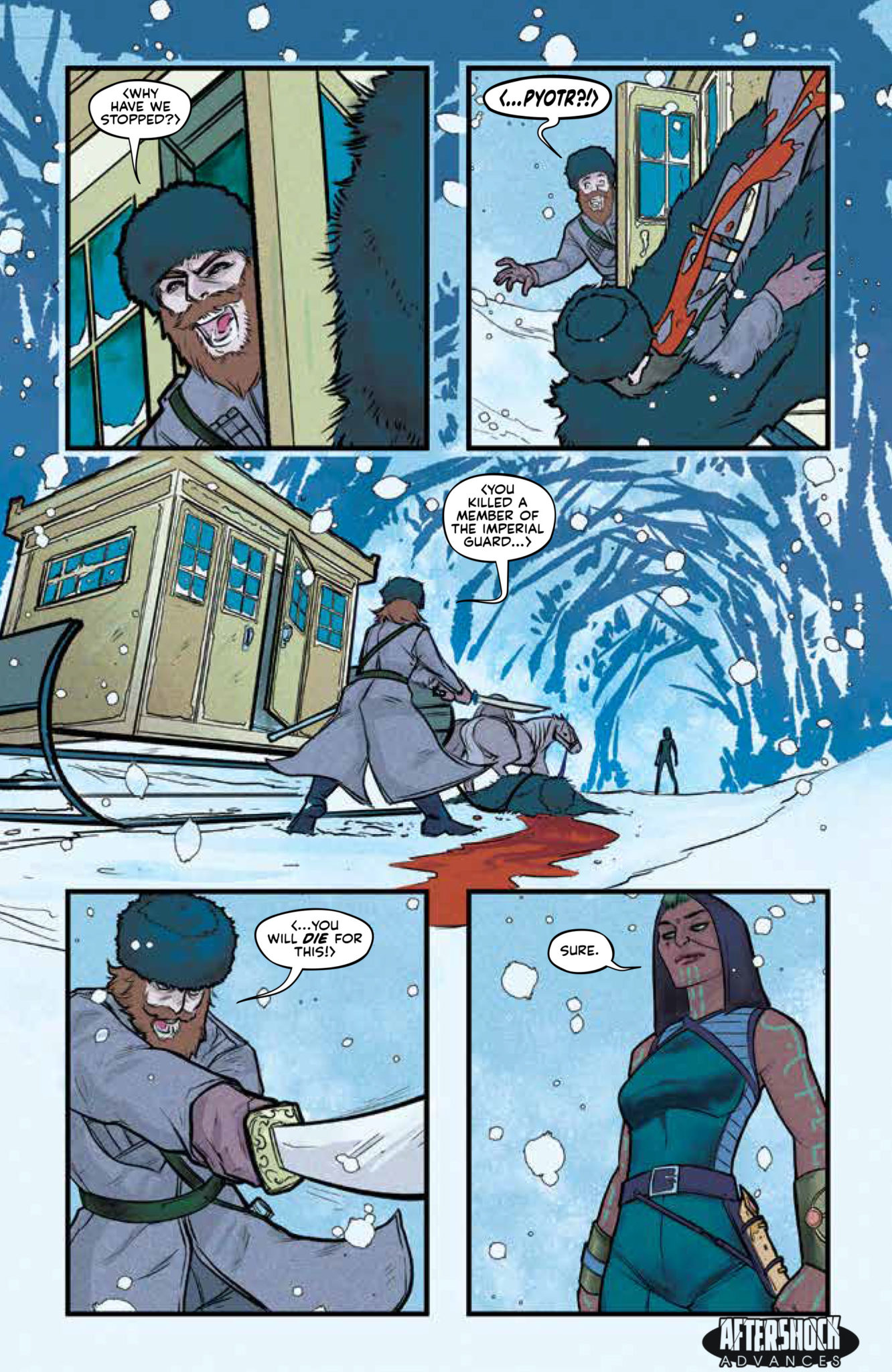 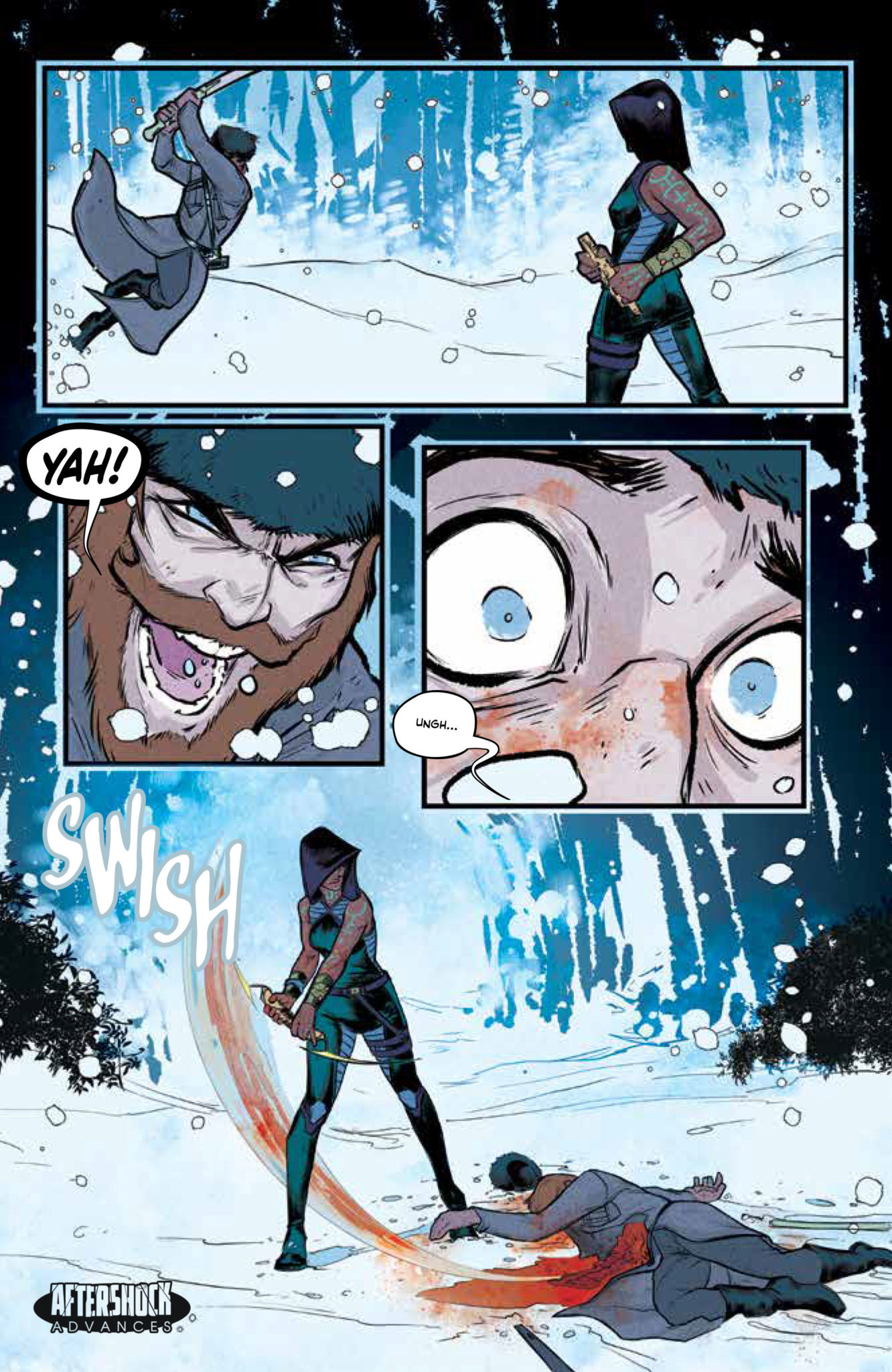 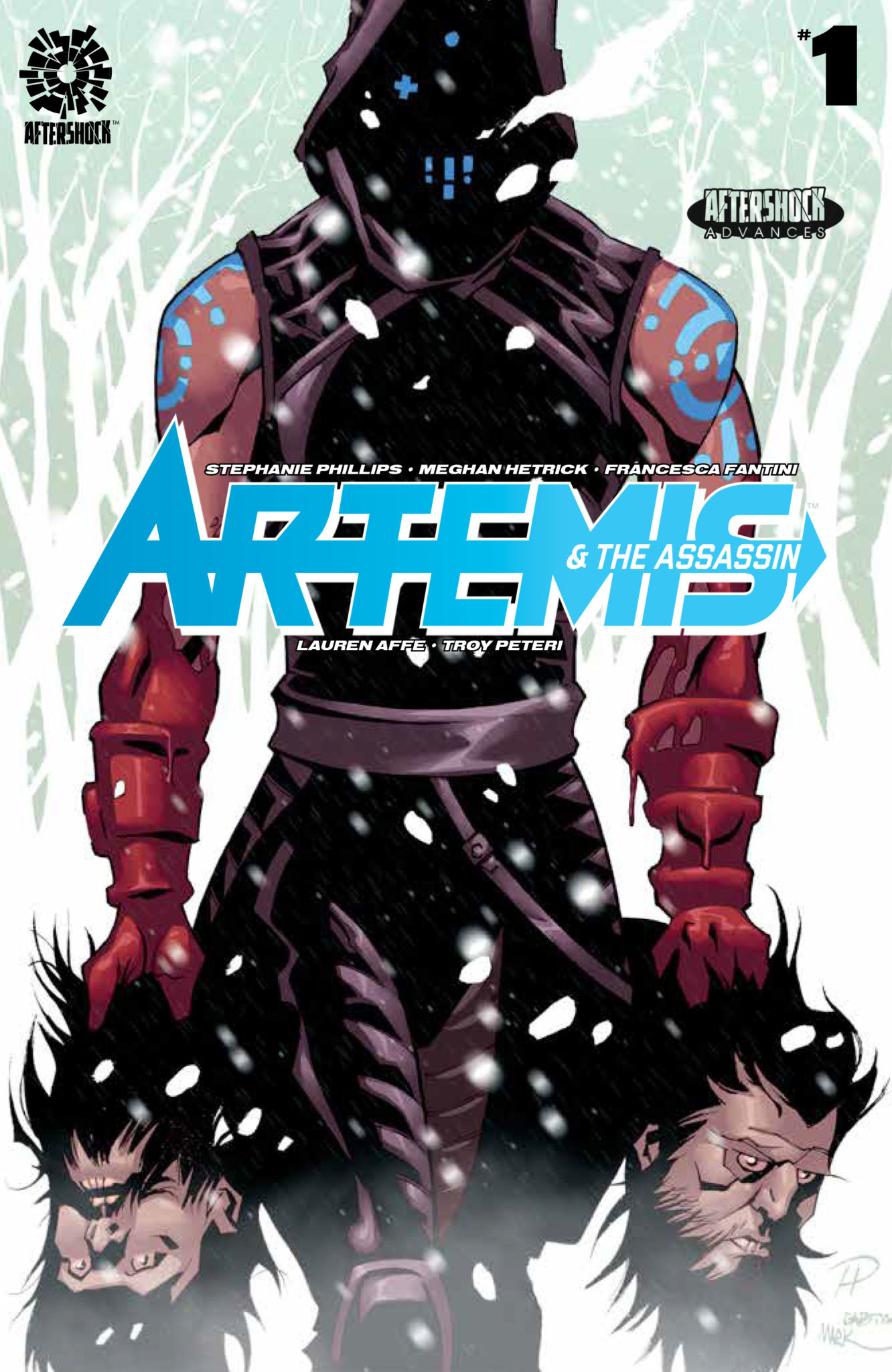 Are you excited for ARTEMIS AND THE ASSASSIN? Sound off in the comments!

And be sure to read our interview with writer Stephanie Phillips!