SECOND COMING: ONLY BEGOTTEN SON #2 hits your local comic books shop on February 17, but thanks to Ahoy Comics, Monkeys Fighting Robots has a five-page preview for our readers.

About the issue:
Chaos, weirdness, and corndogs reign when Jesus innocently stumbles into Bible Safari, a profit-squeezing amusement park that trades in his image. Meanwhile, Sunstar gets some disturbing news about his earthly foster-grandmother. Later, Jesus stands to recruit a new disciple—if he can inspire said disciple to keep on living! Also featuring illustrated bonus stories in the AHOY tradition.

Check out the SECOND COMING: ONLY BEGOTTEN SON #2 preview below. 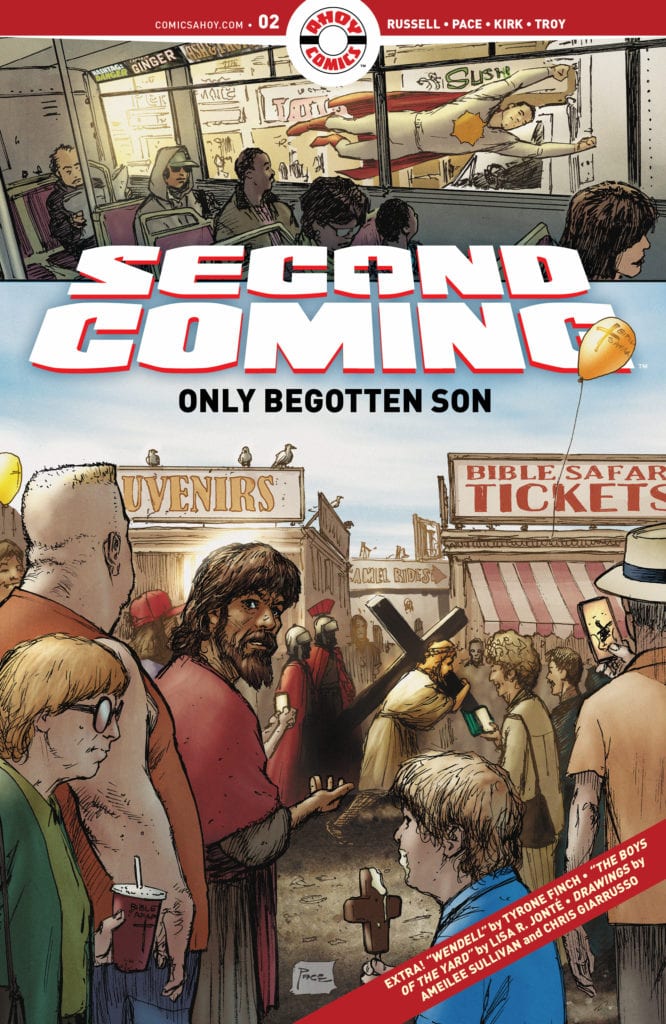