One of this summer’s most hotly anticipated comics is a Superman title that isn’t about the Man of Steel at all, but his pal Jimmy Olsen.

Superman’s Pal Jimmy Olsen hits comic shops July 17th, from storytellers Matt Fraction and Steve Lieber, colorist Nathan Fairbairn, and letterer Clayton Cowles. Over the course of 12 issues, the Daily Planet photographer will tour the “bizarre underbelly of the DC Universe” in a series that DC promises will end in Jimmy’s death.

The hype for this book is high; the comics community has been itching to get their hands on it since its original announcement. And after the Superman: Leviathan Rising Special gave readers a taste of what to expect from Jimmy’s story, the hype has only increased. But why? Why is a strange, campy maxi-series about one of Superman’s supporting characters poised to become the breakout book of the summer? 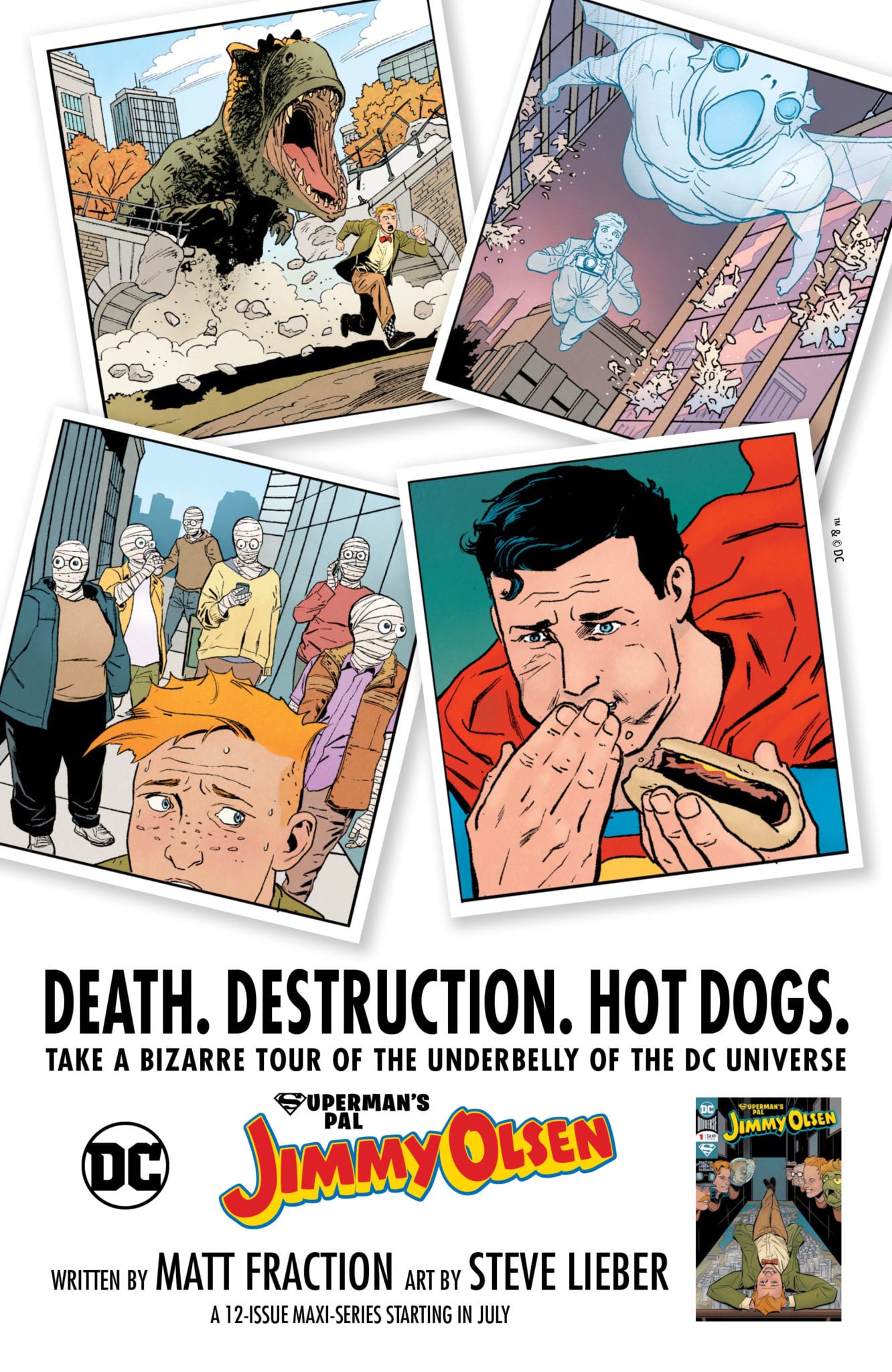 Well first, let’s look at the team behind the book, specifically Fraction and Lieber. Both men are seasoned veterans when it comes to humor books, and humor books surrounding superheroes in particular. Fraction’s Hawkeye (with artist David Aja) became an instant classic when it launched in 2012, and Lieber’s Superior Foes of Spider-Man (with writer Nick Spencer) similarly gained cult status when it came out the following year. Both series drew attention for their atypical portrayal of superhero (and supervillain) life. They poked fun at what it was like being “lower” level characters in a world with literal gods. Jimmy Olsen looks like it’s going for a very similar vibe.

Outside of their superhero work, Fraction’s Sex Criminals (co-created with Chip Zdarsky) is one of the funniest comics of this millennium. What other comic takes time away from telling its story to make fun of its own creators? SexCrims is blunt, absurd, and oh so wonderfully meta (all of which bodes well for Jimmy Olsen, as we’ll get to in a little bit). Meanwhile, Lieber’s The Fix (co-created with Nick Spencer) has killer visual comedy, showing off the artist’s hilarious timing, transitions, facial expressions, and more. Both of these guys have regularly used the medium in new and interesting ways, tapping into the full potential of comic books. With these two at the helm, Superman’s Pal Jimmy Olsen is sure to be an uproariously good time.

Putting aside the creative team, readers seem to love superhero comics that poke fun at the absurdity of the genre. As great as these stories are, they’re built on tropes and cliches, and they force you to suspend your disbelief to an unparalleled degree. That’s what makes it so refreshing when a series comes along that addresses and embraces the silliness. It’s like the creators are saying, “Look, we’re in on the joke too. We know this stuff gets cheesy, but that’s part of why we love it so much!”

Jimmy Olsen looks to have its tongue planted firmly in its cheek. And because it’s tied so closely to Superman – the OG superhero, whose comics have been the gold standard for corny, predictable moments – it is in the best position to take shots at the genre. Just look at this moment that Lieber shared on his social media:

This is a DC comic, a SUPERMAN comic, that’s calling out the Man of Steel for his goofy history. It’s not mean-spirited; it’s as much a celebration of these kinds of moments as it is playful ribbing. Other artwork out there in the ether shows gorillas in wedding attire chasing after Jimmy (a lot of the available artwork is of Jimmy being chased by various people and creatures, actually). You can see another page below where Jimmy turns into a giant turtle creature. This is clearly a series that’s looking to tackle the ridiculousness of comics head-on, and with lots of love.

Jimmy Olsen is the perfect character to do this kind of exploration with. Like Hawkeye and Superior Foes showed us, these stories work best from a lower level character, because it’s closer to where we (the readers) are. It’s closer to our point-of-view, making it a more immersive experience. It doesn’t get much “lower level” than Jimmy. Jimmy is just a newspaper photographer. He’s an everyman, and not in the same way that Spider-Man is an everyman. Jimmy has no powers. He’s just a regular guy living in a world of gods and monsters. What happens to Jimmy is what would happen to any of us readers if we lived in the DC Universe. That’s what makes him the ideal window into this world.

“I think there’s a lot of storytelling power in the juxtaposition of the ordinary and the extraordinary, and Jimmy is all about that,” said Lieber in an interview with The Los Angeles Times. It’s “a chance to be funny in the world full of much larger than life characters.”

So why should you be excited for Superman’s Pal Jimmy Olsen? Take two of the smartest, funniest, most creative dudes in comics, give them a character with no powers that they can put through the ringer, and let them go nuts stretching the absurdity of superhero comics to its limit. You tell me: what’s not to be excited about?

Tell us in the comments why YOU’RE excited for Superman’s Pal Jimmy Olsen!

And keep reading for some bonus preview images from the series! 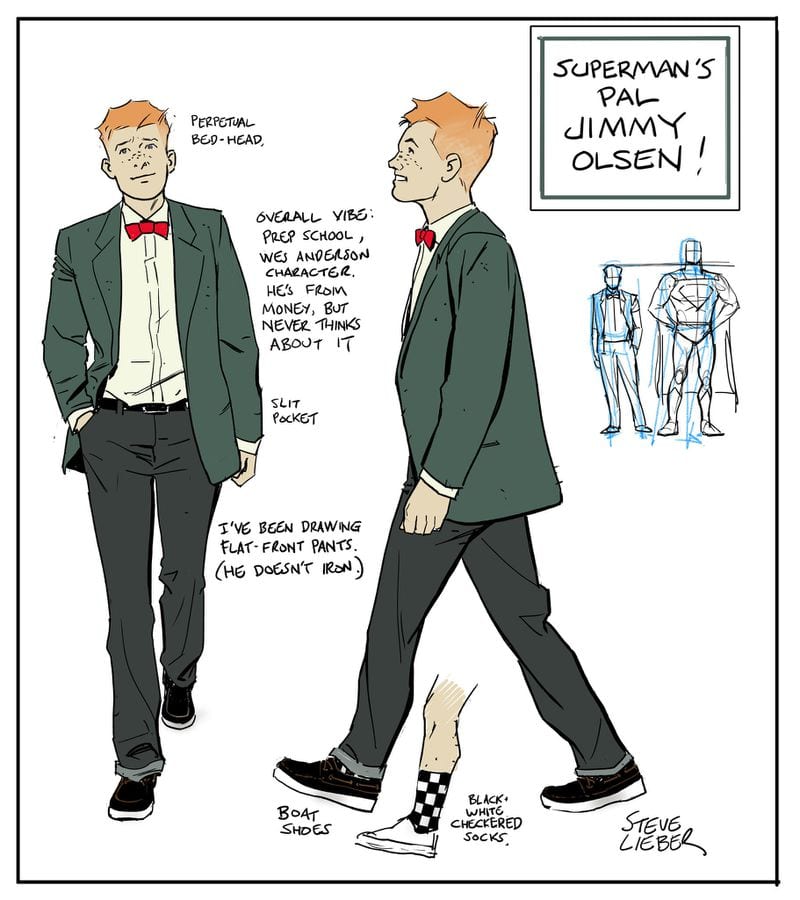 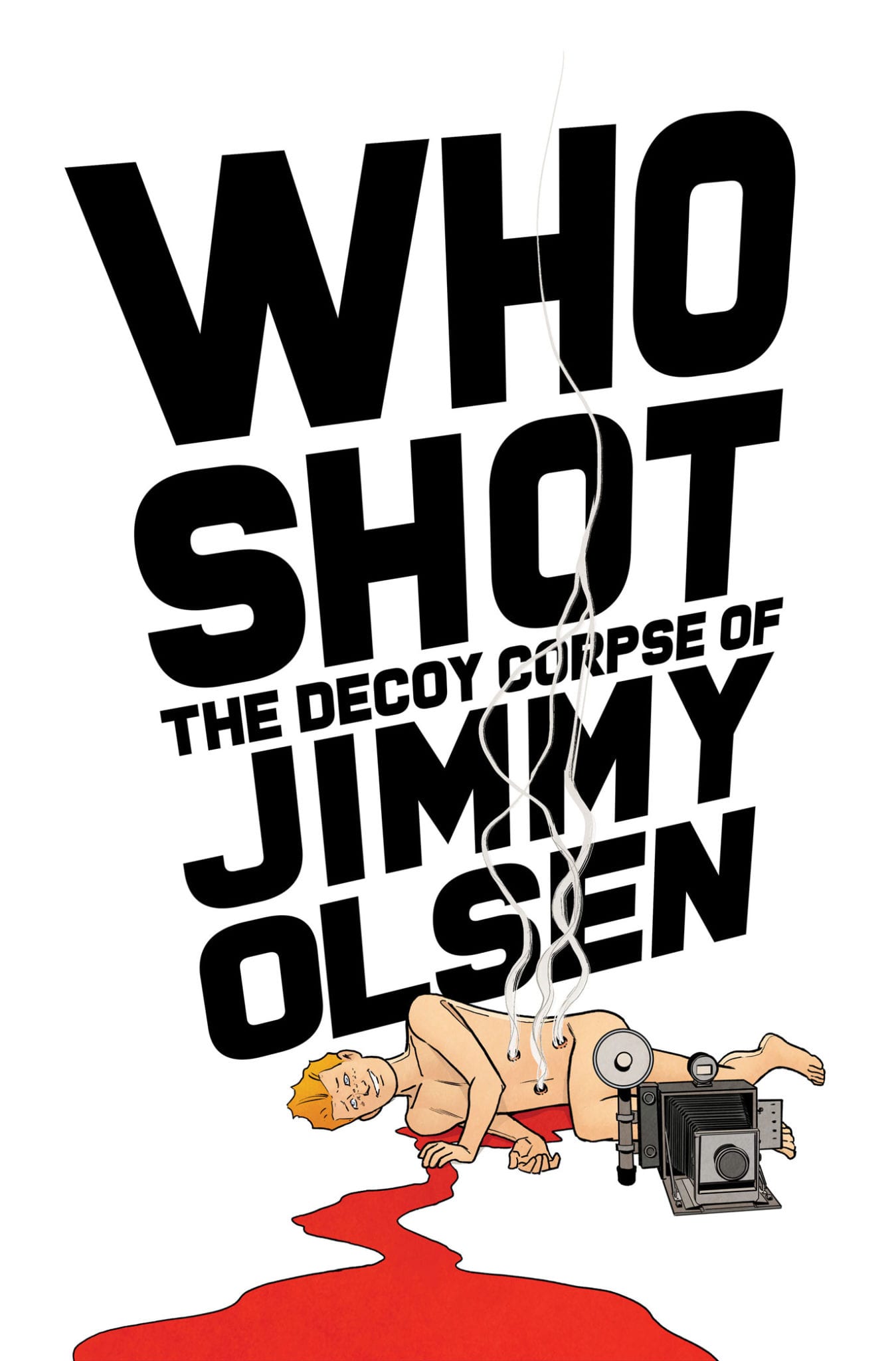 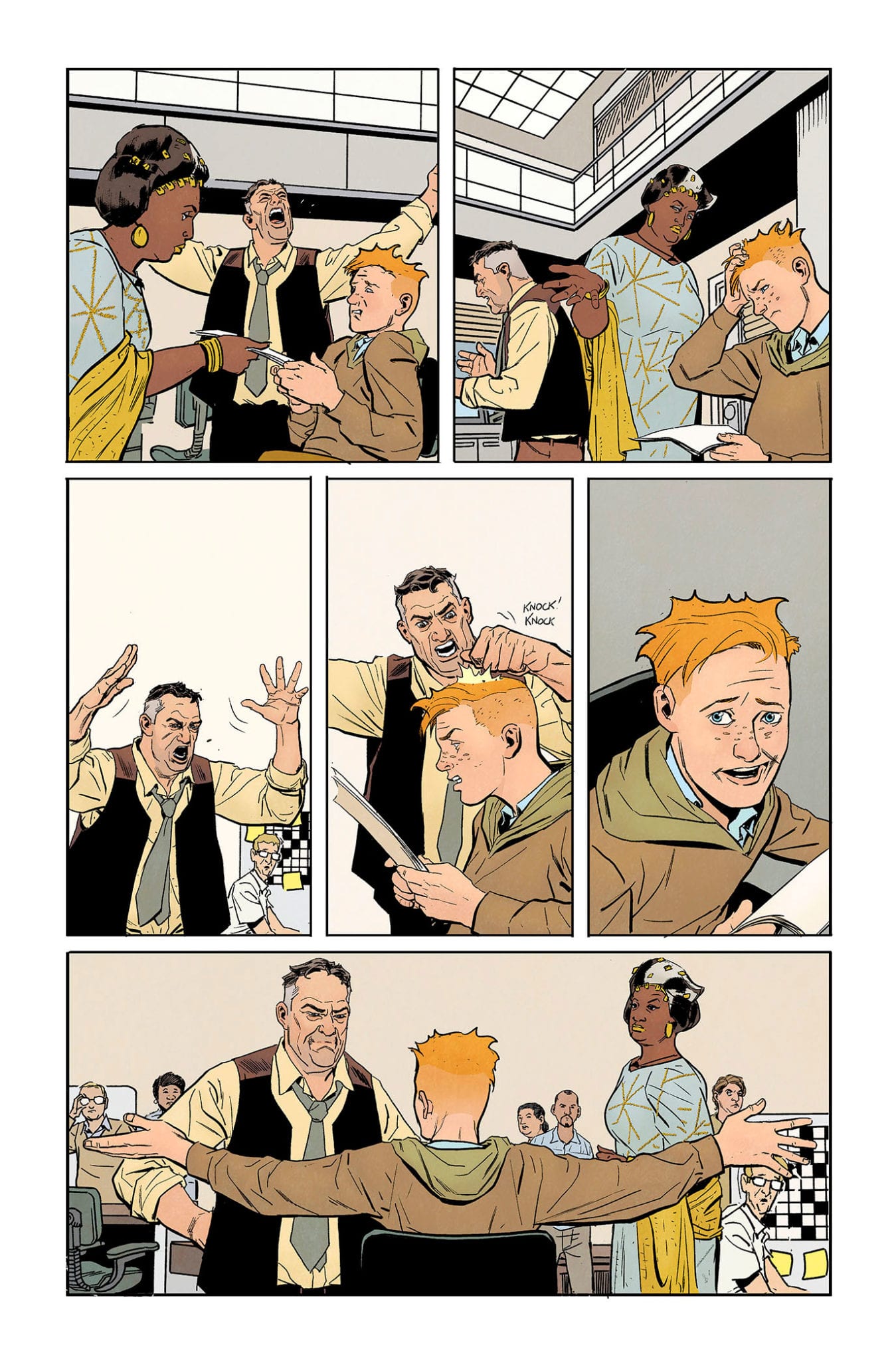 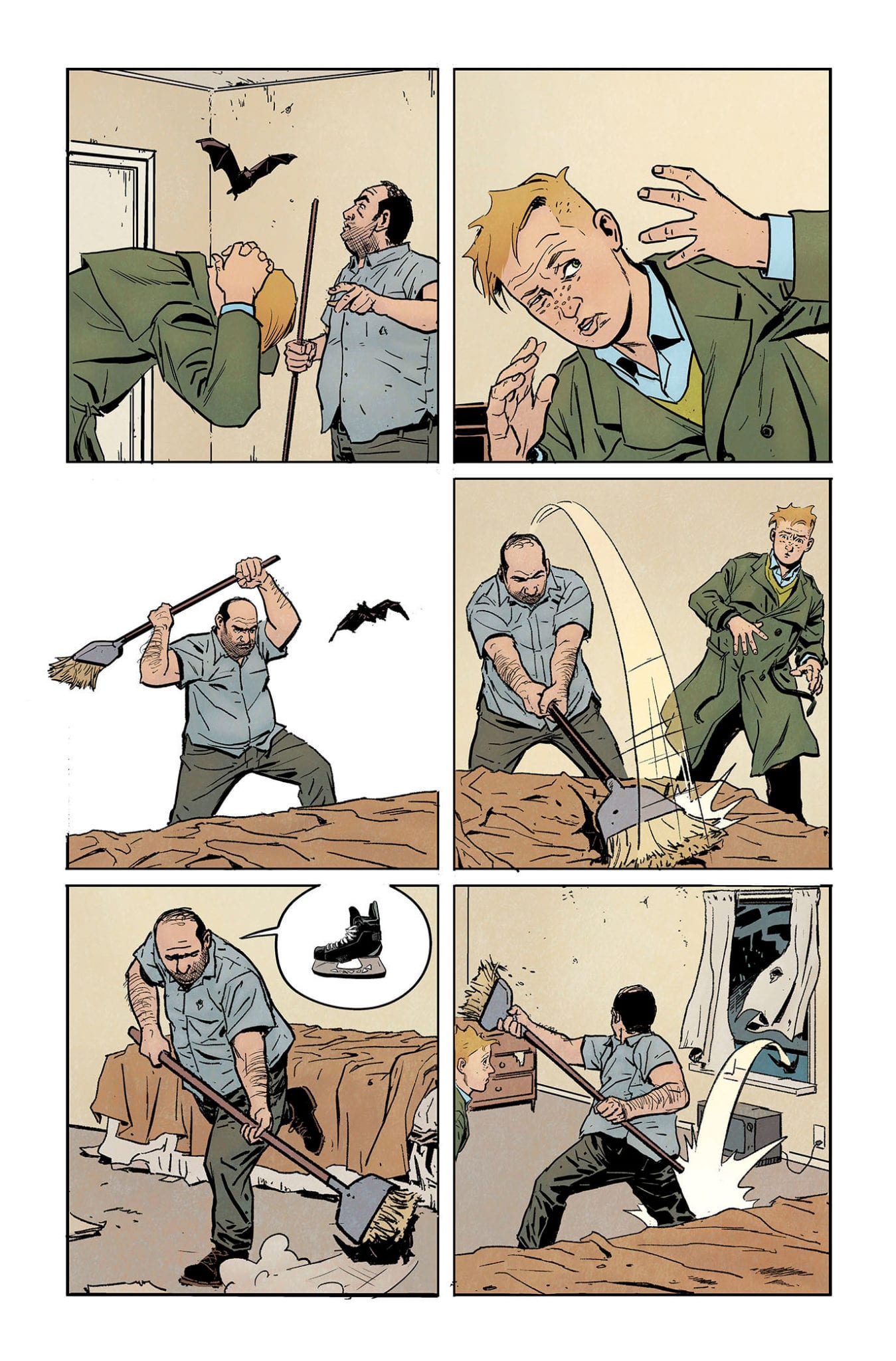 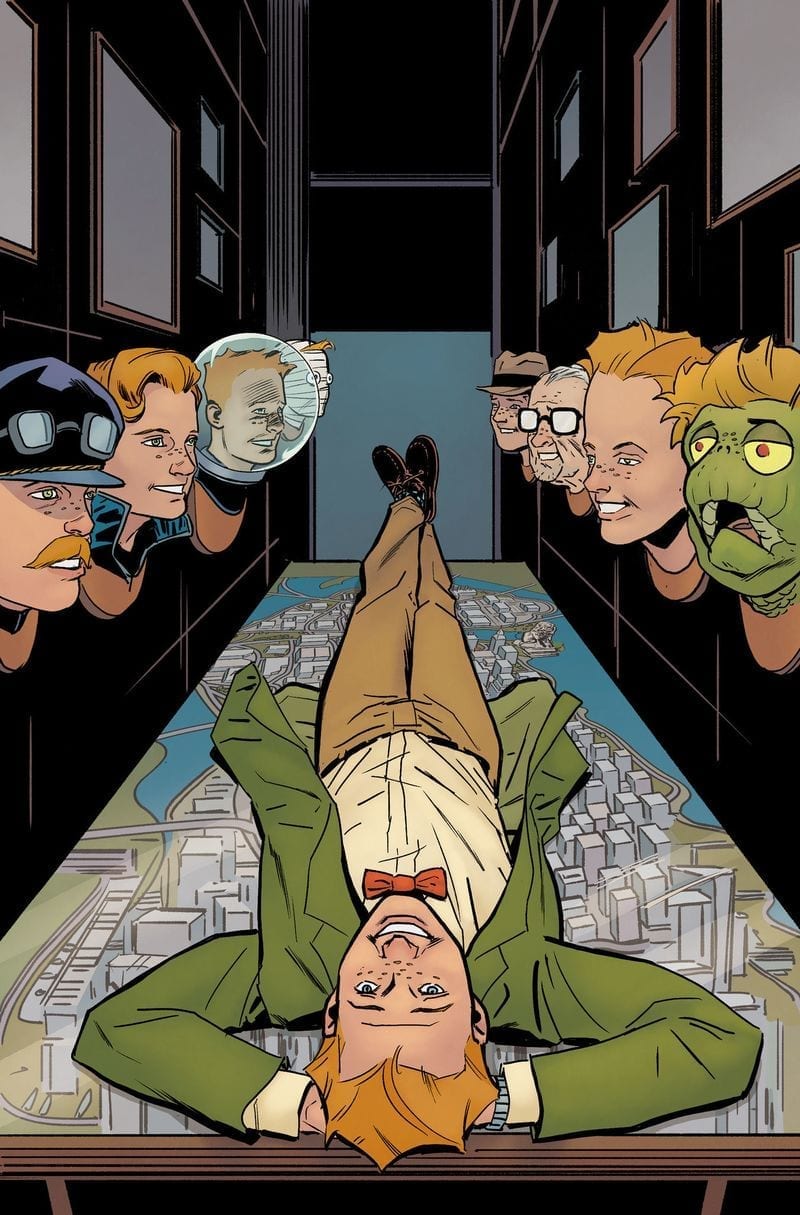 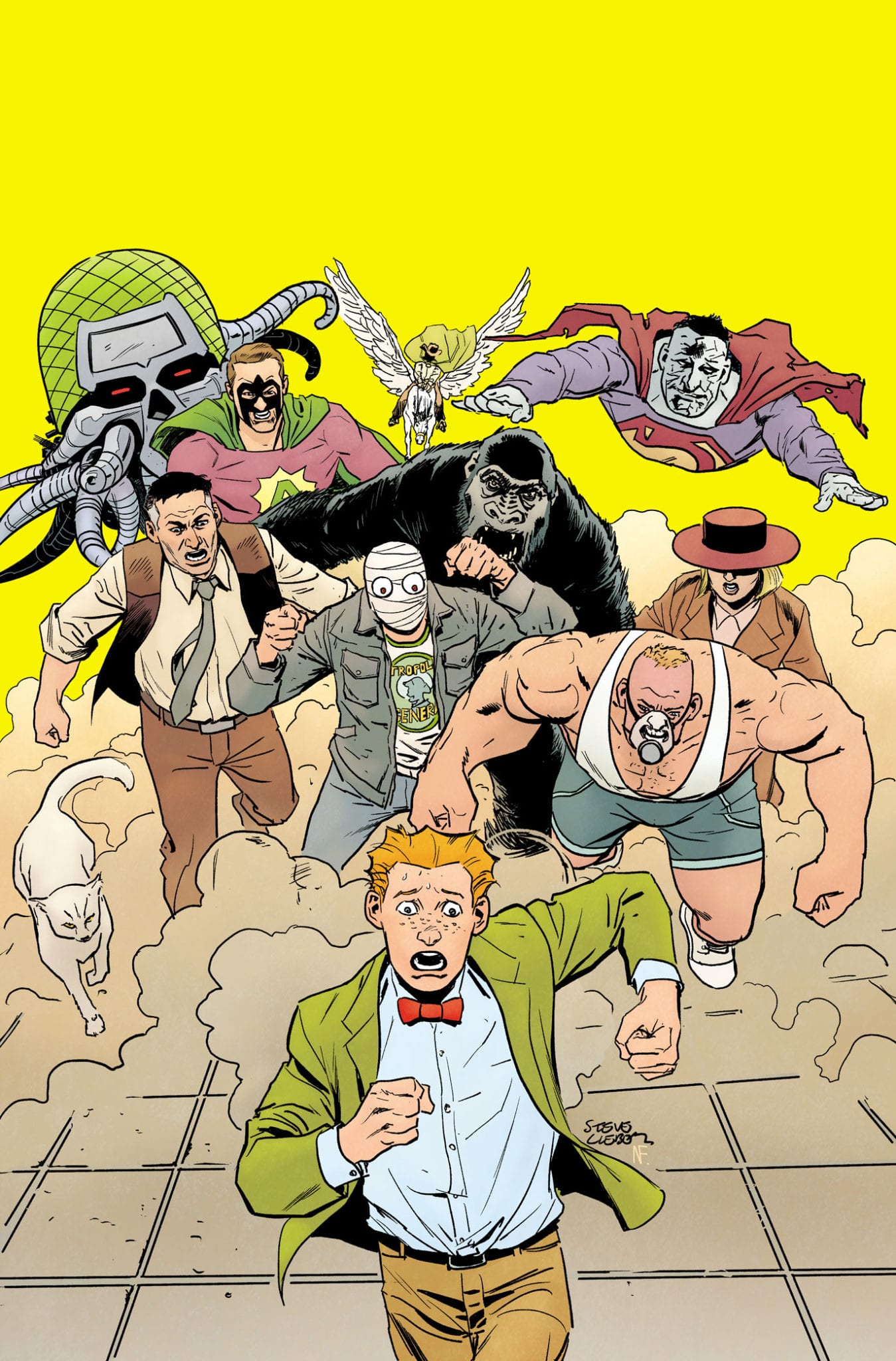