Why DAWN OF X Is Different From Previous Relaunches

We are now living in the age of Jonathan Hickman’s vision for the X-Men. We’ve seen plenty of line-wide relaunches for Marvel’s beloved mutants, but this time is different. This is the DAWN OF X.

House Of X #1 was as bold a statement as one could make, this creative shift is deadly serious–and an absolutely bombshell. Every comic book fan has heard it all before, the publisher promises that this new series will “shake the world to it’s core” and how nothing will ever be the same. 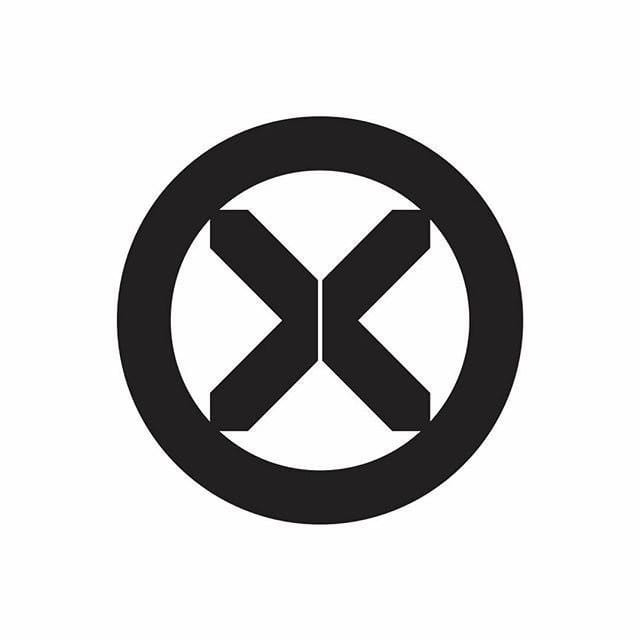 The difference this time is that Jonathan Hickman is behind the wheel in a monumental return to Marvel. His time away from the publisher has allowed him to evolve into undeniably one of the top talents in the industry.

He brings with him all the experience and tools he’s gained from his work on East Of West, Black Monday Murders, and The Manhattan Projects. Combine the layout and structure of those brilliant works with his already well-established Marvel credibility (Fantastic Four, FF, Avengers/New Avengers, Secret Wars, Infinity, etc.) and we’ve got a recipe for exhilarating comic books.

Die-hard X-Men fans have been through some tough times over the last decade and beyond. False promises, failed relaunches, that whole Inhuman agenda, etc. It’s time to put that behind us. This is no simple shake-up on the surface level, this is a foundational re-imagining.

Dawn Of X is what the line of X-Men comics will be called once House Of X and Powers Of X lay the groundwork on a weekly basis for the next three months. 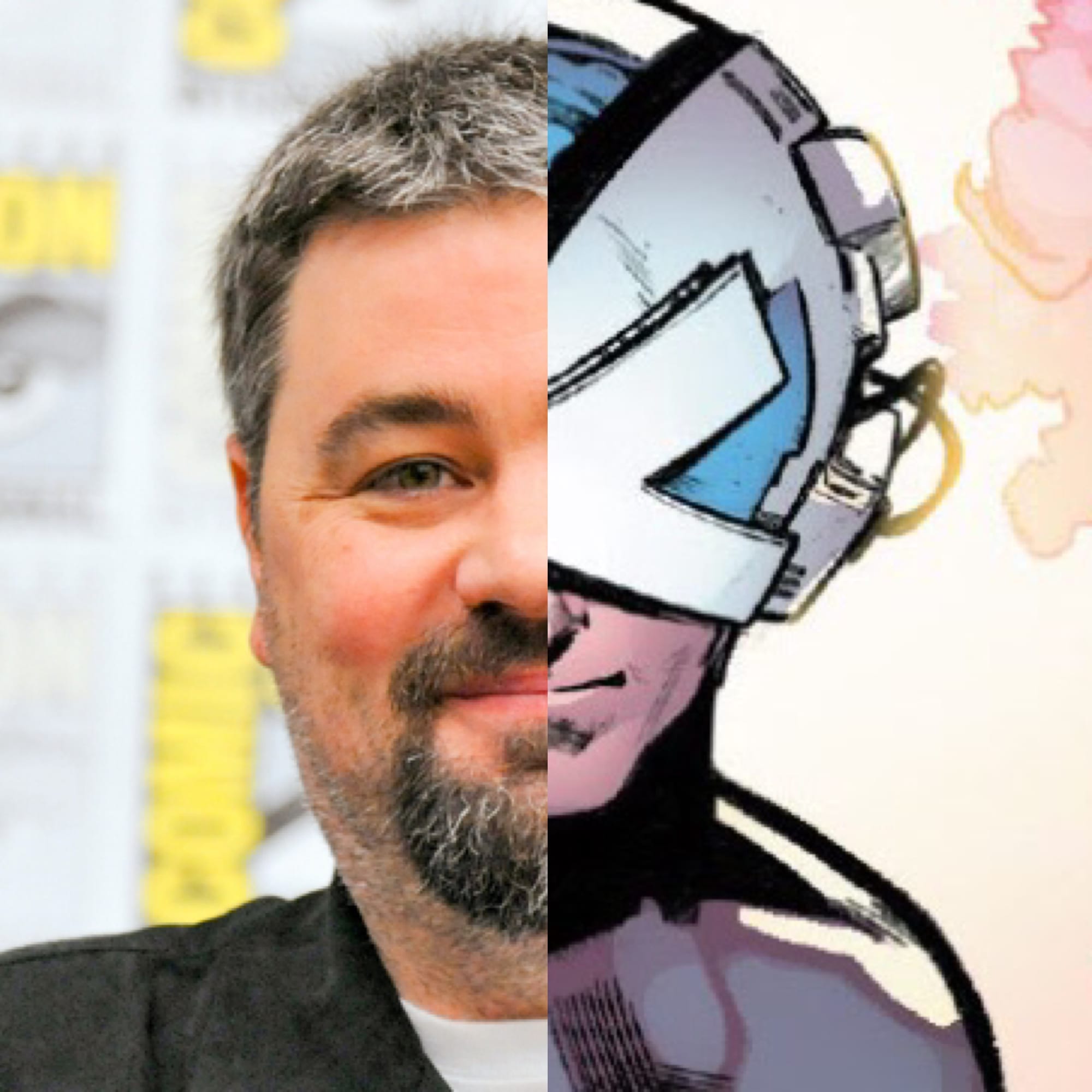 Here’s why you should buy what Hickman is selling…

Dawn Of X won’t just be a shift to more colorful art, that didn’t cut it. During the ResurreXion in 2016 we were promised a “return to form” for the X-Men. The only promise kept by Marvel was these characters and costumes being more vibrantly colored like they were before the 2000s.

We’re not just swapping roles between heroes and villains, that was a dead horse beaten one too many times. The mutants are a united front, even a militant one. We may have seen them remove themselves from society plenty of times, but not like this. The concept of Krakoa is far from that of Genosha, Utopia, or Nation X.

This isn’t some stunt like bringing the x-teens to the current timeline. There were plenty of good stories to come out of Battle Of The Atom, but it was a gimmick that ran it’s course well before it was reversed. The changes Hickman is implementing are full-scale. 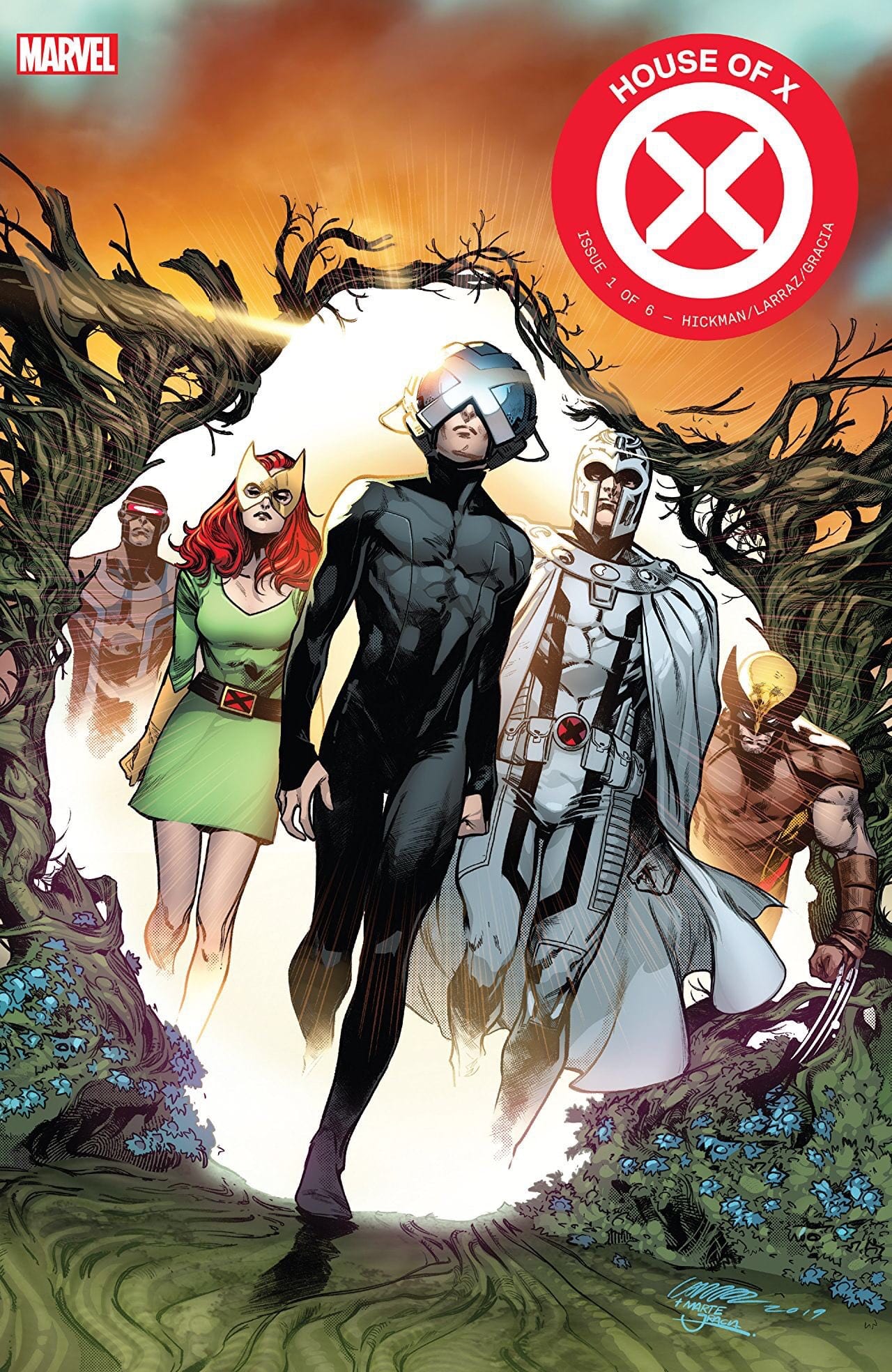 No longer are these mutants in dwindling numbers, fighting to survive. Powers Of X may show us different times in a newly established timeline, but this is nothing like Death Of X or post-House Of M. Our mutants aren’t struggling, they’re thriving. It forces the whole world to be on their heals.

This is a relaunch that’s birthed out of story rather than gimmick. There’s no resurrection or death of a major character as the driving force. This is a united mutant front, the evolution and progression that these characters have needed for a long time. We now have a creator who’s willing to finally push them forward.

There’s plenty of mystery, and not just who’s underneath a mask, there’s a large web of story and information to uncover that can’t be contained to one short series. It may be a sleek and beautiful looking modern comic book, but it still reads like a classic comic book mystery–it’s just dressed up in an astonishing and complex manor. 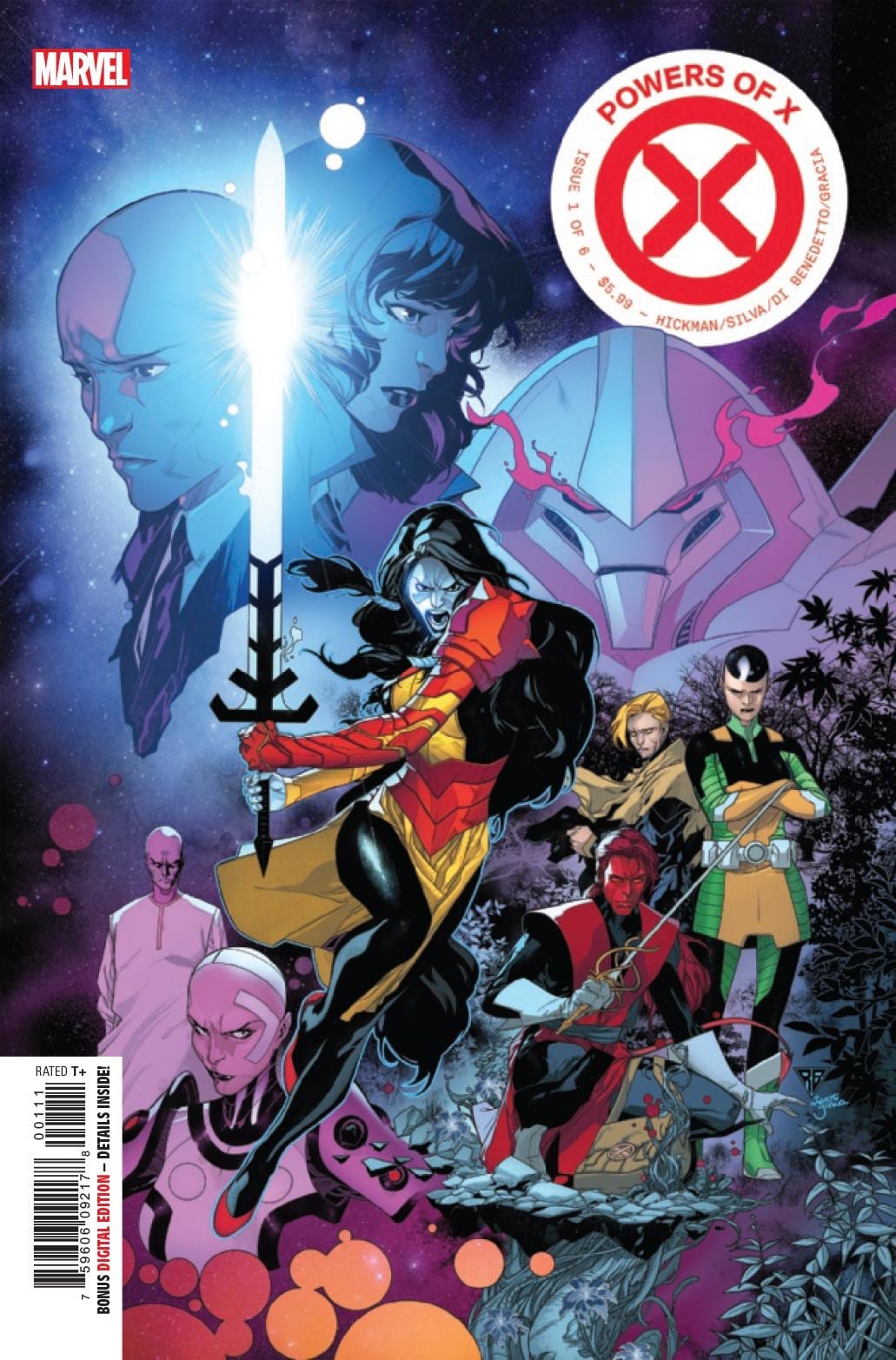 It’s also a bold new direction in design, mirroring Hickman’s other grand scale work. Previous relaunches were half-assed, they played it safe. Whether that was editorially mandated or fell on the creative teams themselves, it did little to generate the kind of excitement surrounding Dawn Of X.

There’s nothing safe or regurgitated about the path Hickman has readers set on. This is uncharted territory surely to keep everybody on the edge of their seats.

X-Men comics are going to get weird again. One of the greatest points in X-Men history was when Grant Morrison was behind the wheel during New X-Men. Hickman has his own brilliant brand of bizarre that he won’t be shying away from as we’ve seen already in the first issues of House/Powers Of X.

This is a bold new direction, one that’s not just confined to one corner of the vast 616 universe. Demonstrated in House Of X #1, this new direction for mutants will be impossible not to incorporate into all of Marvel’s books whenever path’s cross. This will be a benchmark moment in Marvel’s long universal continuity.

The endgame here for Hickman’s X-Men isn’t just to trick people into buying X-Men comics again. The mission statement here is to make the mutants matter again in a major way. This is to be achieved through unrivaled creativity, bold storytelling, and expertly crafted execution.

The effects of this launching point will be felt for many years to come. This is not a drill, prayers have been answered, Hickman’s vision has arrived. The X-Men are front and center once again, right where they belong. 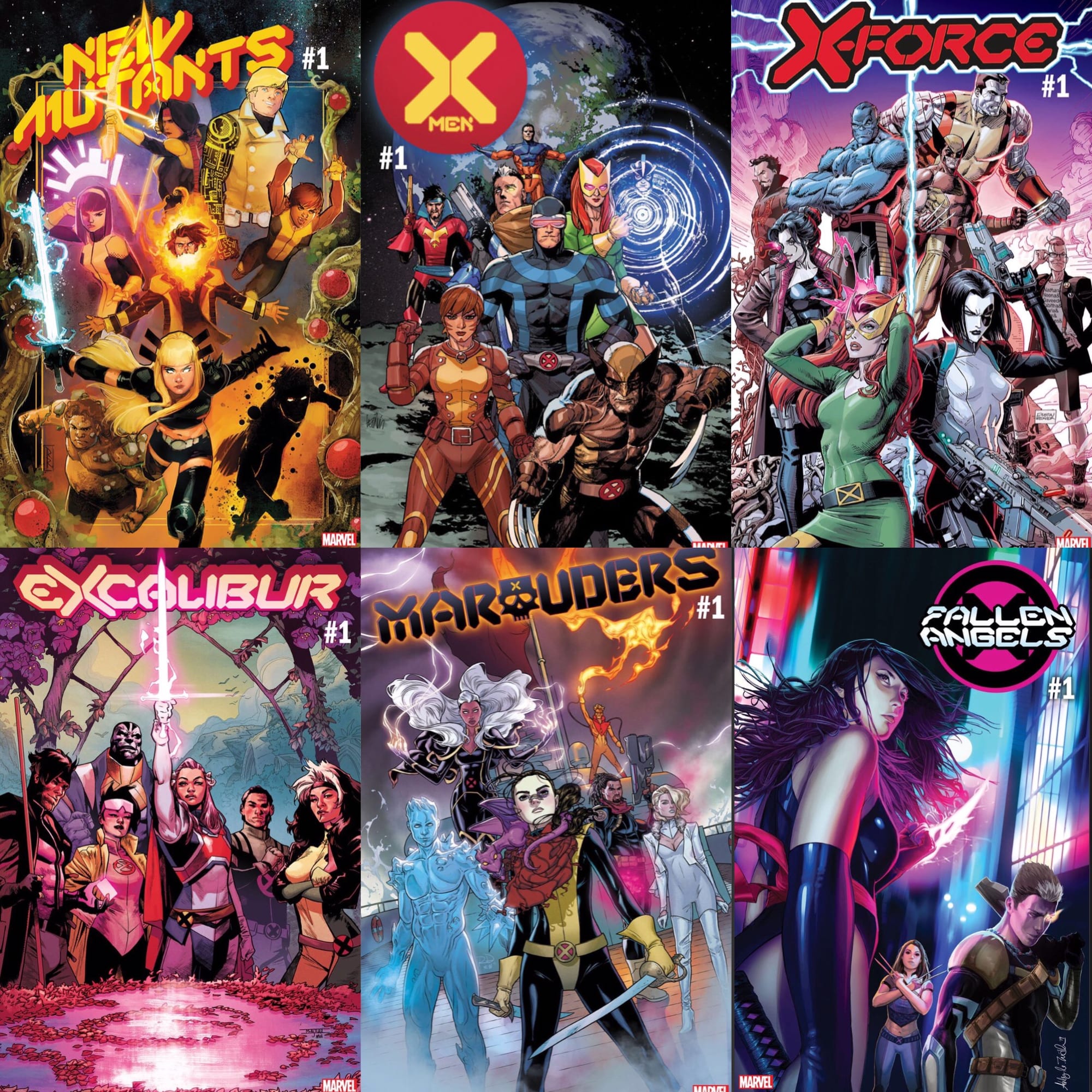