Visit A Town Where Death Is Forbidden In STILLWATER

Image has announced a new horror series, coming September 16th, from Eisner and Harvey award winner Chip Zdarsky titled STILLWATER. Imagine a town abandoned by Death, where all its citizens discover immortality can be a blessing and a curse.

Zdarsky will be joined by artist Ramón K. Pérez on the new Image title, available in print and digital on September 16th. Check out the full press release, preview images, and cover below.

Are you excited for a non-superhero story from Chip Zdarsky? What other genres do you want to see Image pursue? Let us know in the Comments section, and please share this post on social media for more conversation. 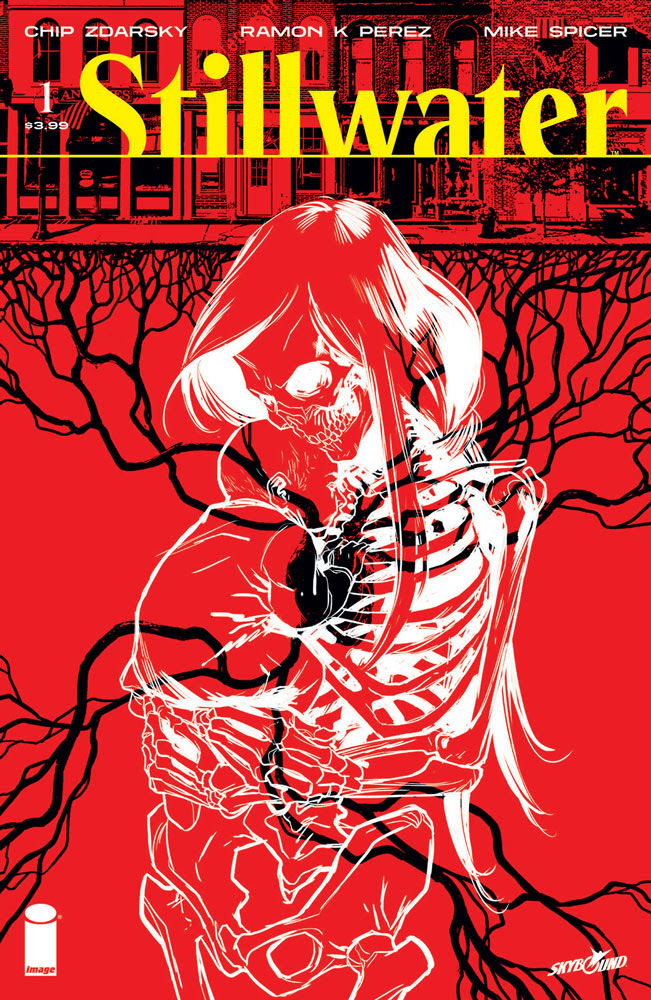 and Eisner, Harvey, and Shuster Award-winning artist Ramón K Pérez (Jim Henson’s Tale of Sand, Jane) dive into a world of horror and intrigue in an all-new, ongoing series from Image/Skybound Entertainment this September—Stillwater.

In the town of Stillwater, nobody dies. That’s not just a promise. It’s a threat.

“I’m thrilled people are finally going to see Stillwater! This idea’s been percolating in my for years now, and it’s been fun working with Ramon to build this tiny, strange world! I’ve always wanted to write a horror comic so I can show the world that I’m not JUST creepy, I can also write creepy!” said Zdarsky. “I love getting to explore immortality on a small stage, the idea that you can live forever but just within such a constrained space. It’s been a treat getting to write characters struggling with that terrifying deal.”

Pérez added: “It’s been a joy to step away from the superhero genre and delve into the horror, thriller, and a dash of mystery genre with Chip on Stillwater! I hope readers are as unsettled as I was drawing the book…”

Stillwater #1 will also be available for purchase across many digital platforms, including Amazon Kindle, Apple Books, comiXology, and Google Play.