John Walker was U.S. Agent; now he’s just a government contractor working numerous small jobs. One of them just happens to send him to a small southern town entering a conflict with a former SHIELD base led by his sister.

John is a difficult character to fi in today’s modern world, being a tried-and-true redneck. Priest’s history with morally ambiguous characters like Deathstroke gives him a leg up on portraying John. U.S Agent #2 centers the main conflict on the Southern American identity between John and Kate. Despite their origins, they couldn’t be any more different. Their relationship is very strenuous, with John remembering Kate abandoning him in a fire as a child. 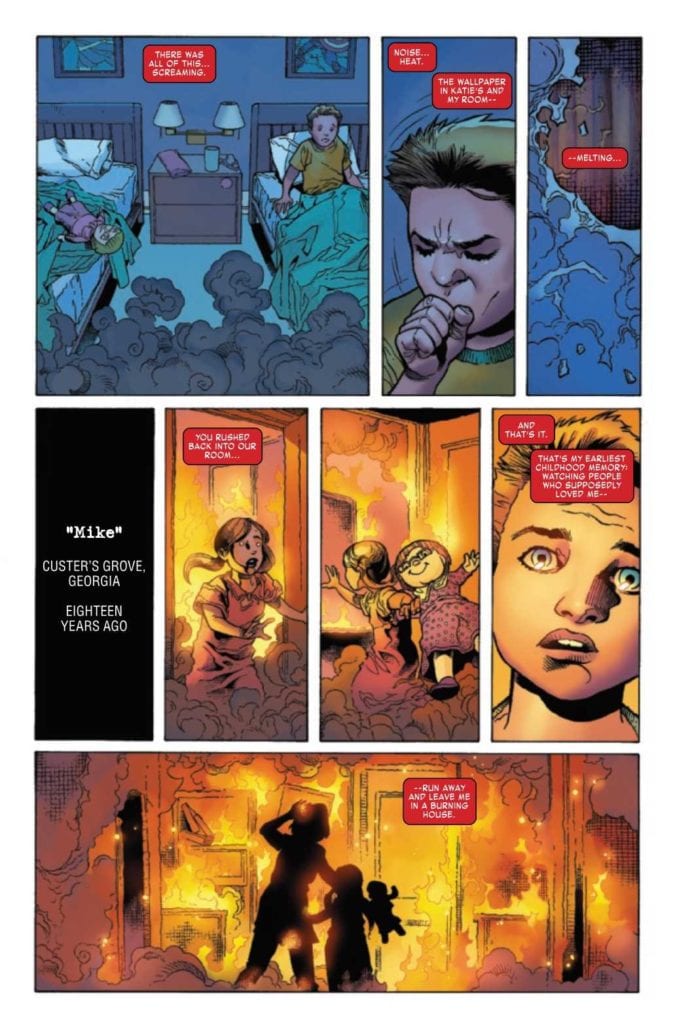 Every conversation between them in U.S Agent #2 feels like a family feud for moral dominance; John’s more conservative approach to the conflict is a bit dishonest as he gets the town’s help with his similarities to Captain America. Kate favors a more direct approach that involves kicking down doors. Despite her own Southern origins, Kate looks down on the townspeople calling them “hicks.” She is also willing to exploit John’s motivations to get him out of the way, the memory of their brother no less. The reader can practically feel the tension between them, keeping them guessing on what happens next. 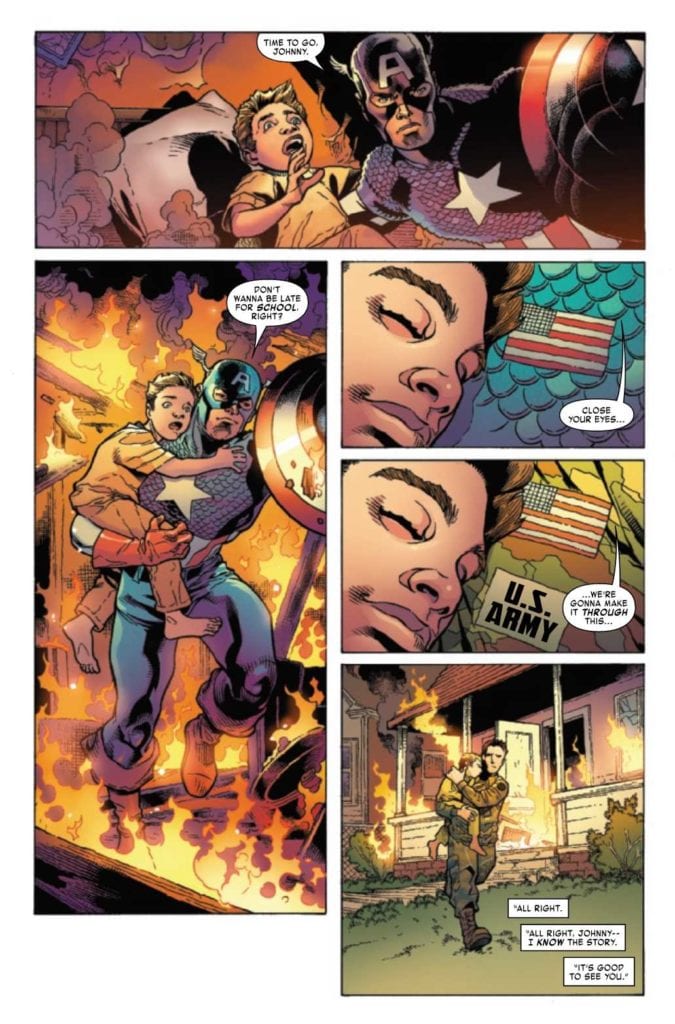 Jeanty’s pencils cover a wide array of situations, often in the form of shifting dynamics between characters. John and Kate’s arguments throughout U.S Agent #2 display how Kate tries to control the situation. Kate taking away and doing repairs to John’s vehicles, demonstrates the power she has over him. The story accents the space they share; they often share the same line work, which becomes more apparent when they share sights.

The coloring from Milla is best when it comes to the backgrounds that blank out with colors suggesting moods of events; light blue-greens indicate a casual background while purple shows a state of confusion. The lettering by VC’s Sabino displays moments that each hold importance. Not least of which are the panels featuring titles and details like they are segments of a documentary. These moments highlight every little thing that happens, like displaying the town’s feeling on gun safety. They’re moments that juxtapose with Kate’s view of the people; despite West Virginia’s more conservative status, the people aren’t hostile.

The Plot Thickens in U.S Agent #2

Within U.S Agent #2 comes a shift in dynamics; here John Walker looks more sympathetic with how the reader sees his sister. With how manipulative and standoffish Kate seems, readers can’t help but think back on what John values, especially as John’s southern identity may be what puts him and Kate into further conflicts. All of this together makes U.S. Agent a good read that gets readers intrigued as the plot moves forward.