Review: THE FLASH #84 Sees The Rebellion Against Captain Cold Begin

The Year of the Villain has seen a significant upgrade for the Rogues of the Flash. As Lex Luthor recruited villains from across the world, Captain Cold gathered his team and gave them all upgrades as Barry dealt with Zoom and the Black Flash. When Flash finished his battle, he was far too weak to stop the Rogues from taking over.

Months pass, and Central City has been under the frozen grip of Cold. After the future heroic version of Cold is murdered by Snart, Barry is able to break free of the prison he’s left in and joins Kid Flash and Avery Ho. But when he is with them, he realizes that there is something wrong with his powers. What the heck happened?! 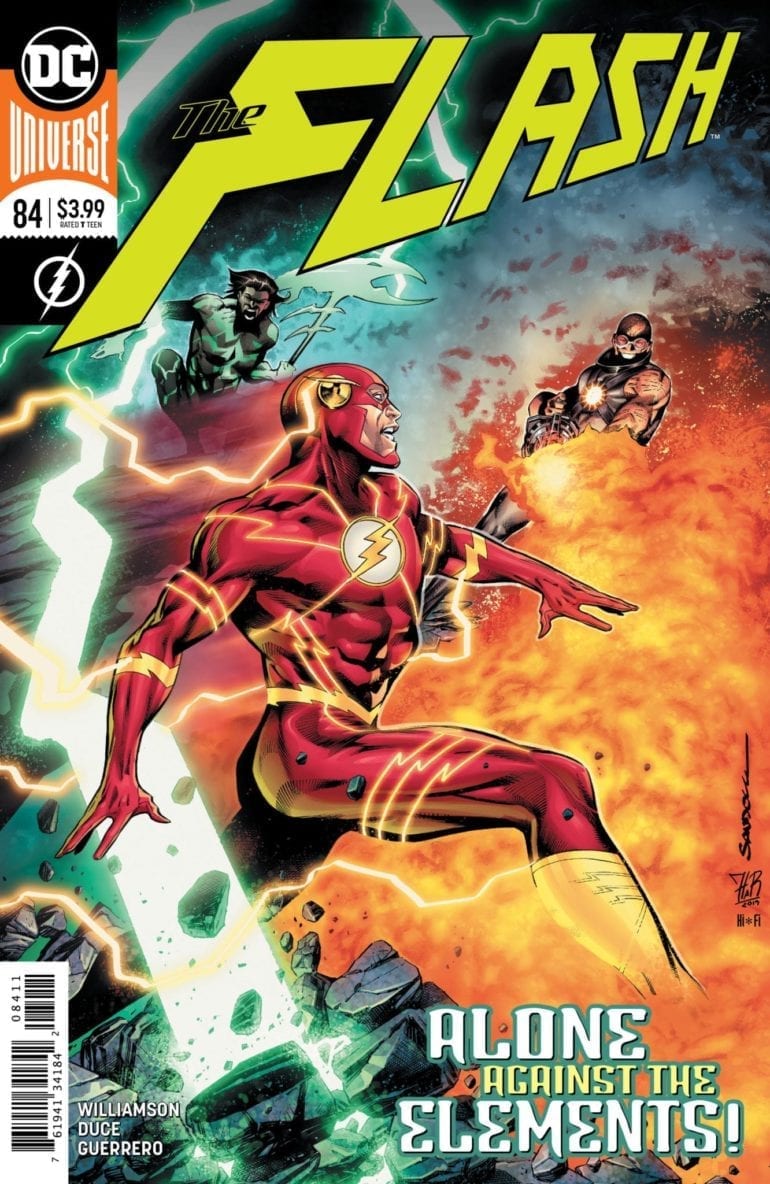 We open with Golden Glider, The Flash, and the young speedsters walking through the frozen bay. Their destination is a ship in the center owned by the Weather Wizard, who continues to make blizzards to keep people at bay. Glider hopes that he can get a piece of a mirror that will help them overthrow Captain Cold. The only problem is that Barry and the other Flashes have to wear power dampening collars due to the Speed Force overloading their systems.

Meanwhile, Captain Cold has begun to realize that this might have been a bit more than he can handle. When he tries to talk to Lex for advice, the leader of the Legion of Doom reminds him to trust everything he does. 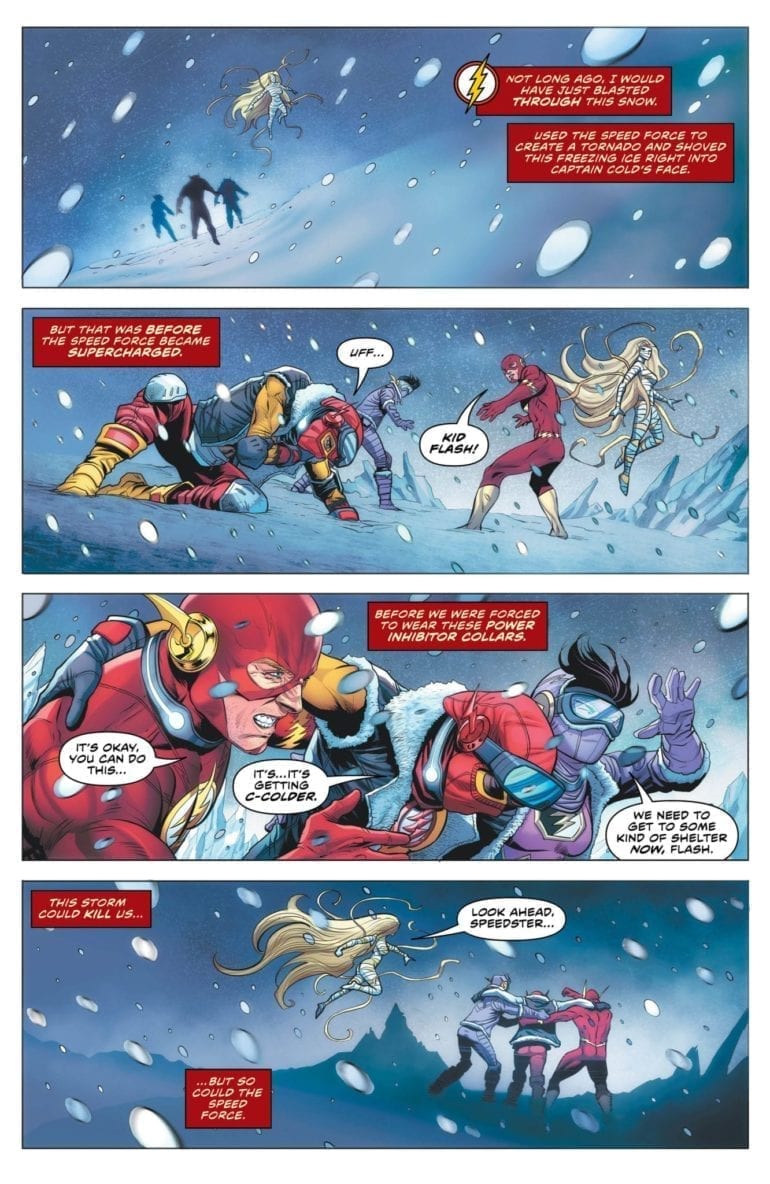 While I wasn’t sure about the story in the opening issues, it has impressed me with the direction it’s going. This could have been a retread of any of the Rogue stories since the New 52 relaunch, but instead, we feel the stakes and logical character development. Both sides are affected by the Doom War’s conquest of Earth, both emotionally and physically. Flash needs to relearn how to control the Speed Force, raising the stakes exceptionally. The Rogues, realizing that this is not them, brings a smile to my face and hope we will see their return to regular street-level criminals.

The only real problem I have with the issue is the lack of real explanation. A comic only gets so many pages, but a few of the questions are just brushed over. How does Golden Glider’s bands control the Speedster’s speed? How is a mirror going to stop Cold? Why is Weather Wizard isolated? These are more nitpicks that will probably be answered in the next few issues, but it still bothered me. 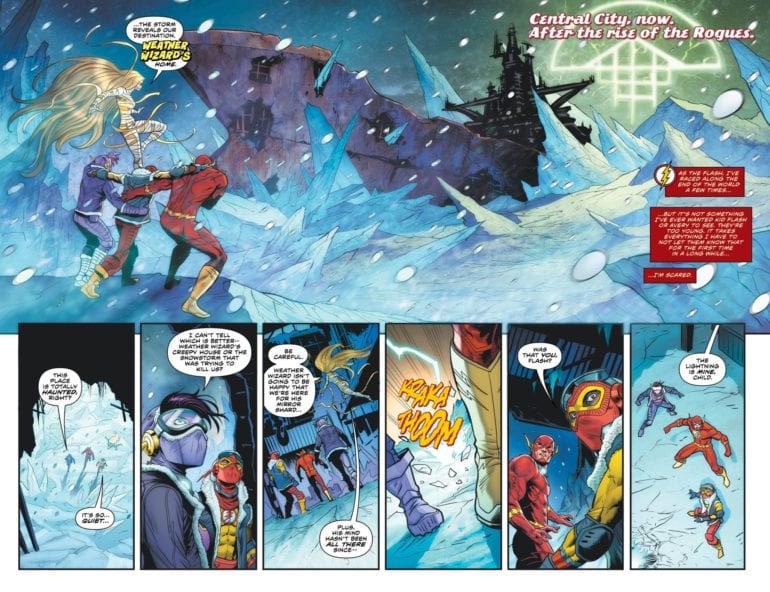 While he doesn’t come around often, Christian Duce’s art continues to be some of the best art that the Flash comic has had. His designs for each of the characters are amazing, especially when using their powers. The Speedsters in overdrive is one of the coolest looks since the start of Rebirth. The same goes for each of the Rogues, with Weather Wizard being the stand out member with his lightning attacks. Luis Guerrero compliments these designs with beautiful colors. The battles pop off the page when these two work together, and it’s incredible. I hope that this team will stay long after the events of this tale. 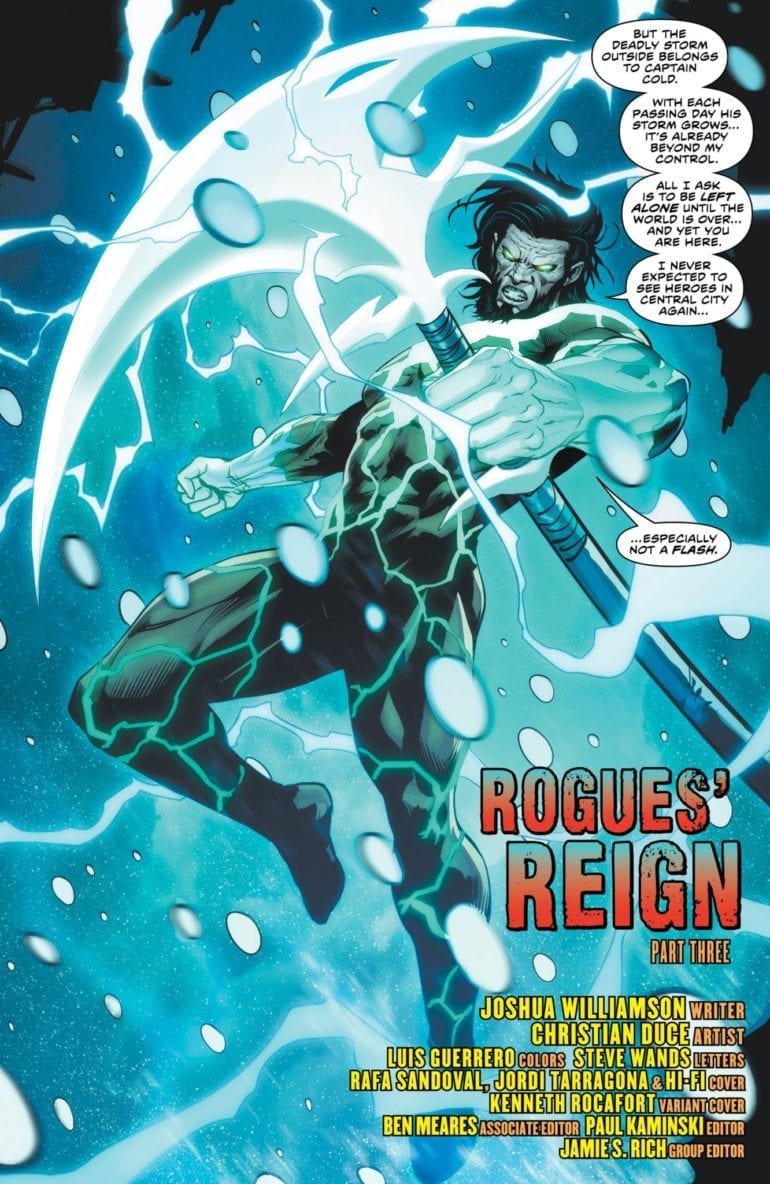 Overall this is turning out to be a great chapter in the Rebirth era of the Scarlet Speedster. The extreme action and character-building amongst the Rogues are the highlights of this issue. The art team goes above and beyond to give us a feast for the eyes. The creative team is working hard to provide us with a fantastic tale, and I honestly can’t wait for the next issue. The Flash is at peak performance, and I highly recommend picking up this issue before the next.

The Flash continues to rise in quality as the Rogues' Reign continues.Review: THE FLASH #84 Sees The Rebellion Against Captain Cold Begin