The Flash Crosses The Finish Line

Over a hundred issues of The Flash built to this. Since the return of Wally West, Barry’s life has hit many turns. New speedsters were born, new forces were found, and the family came and went. In the last issue, we learned that Thawne caused most of the biggest conflicts during the run. From Barry and Wally clashing in Flash War to the creation of Godspeed, all of this was orchestrated by the Reverse Flash. Angered by this, The Flash chases his long time foe into the Speed Force. Will he go too far and kill Thawne once more? 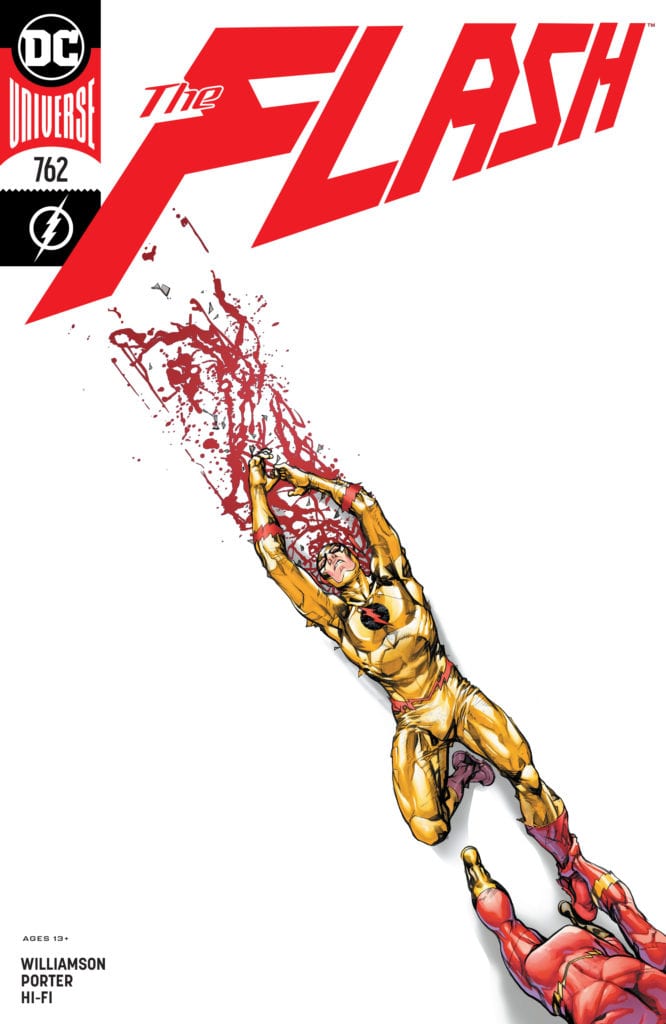 The Flash and Thawne are racing through the speed force, the latter expositing a truth about them. He points out with every crisis, they are the constants, always destined to face each other. Thawne eggs on Barry, telling him to continue the cycle and to kill him. Barry refuses and tells him that he forgives him. The evil speedster rushes the hero, which is what Flash was hoping for. At the moment they make contact, Barry puts a piece of his own Speed Force in Thawne. This essentially resets Thawne, changing him back to the curator of the Flash Museum from before he turned evil. 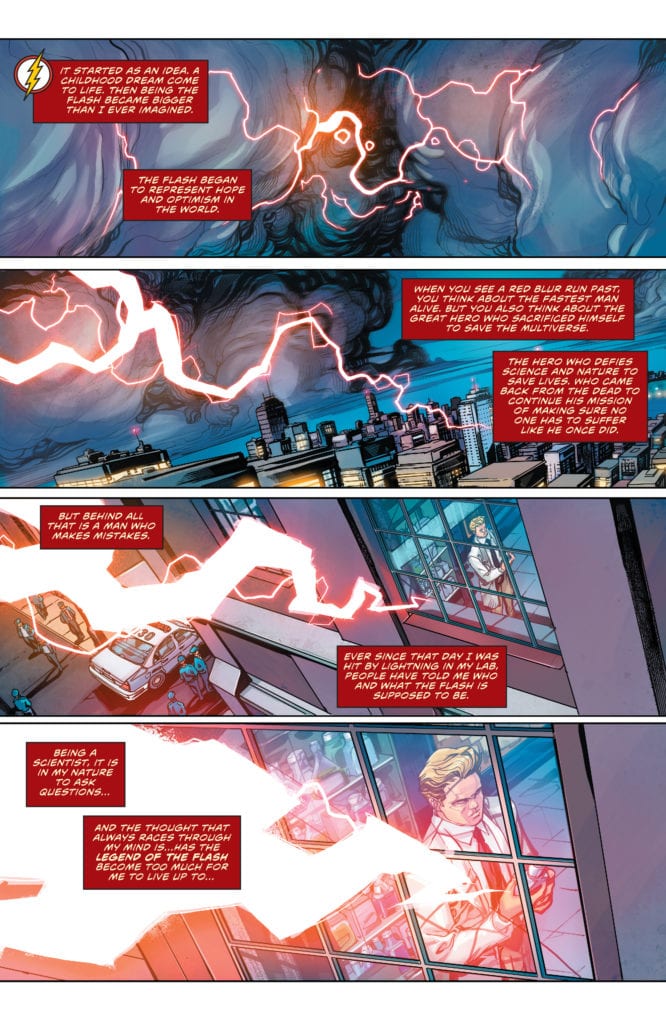 This ending is damn near perfect. Throughout the run, we’ve watched Barry focus on his past. He wanted to avoid past mistakes as much as he could while trying to reunite his family.  In the end, he finally learns and avoids making the same mistake, which restarts their conflict every time. It was a clever switch up that I wasn’t expecting. In one fell swoop, Williamson gave hope to the future and brought an end to a decade’s worth of Flash Conflicts. He will return, but the Thawne many readers have read has been defeated.

After the battle is over, we get this beautiful scene of the whole family back together again. It was heartwarming and a little bit sad. We finally have the family back together, but just as we’re about to lose the creative team. We see the members that have returned and the new ones made along the way. Seeing everyone together will hit everyone with nostalgia, whether you are a long time Flash Fan or just jumped on the Williamson run. We also get this bittersweet moment that reminds the readers why Barry goes through all of this pain every time. 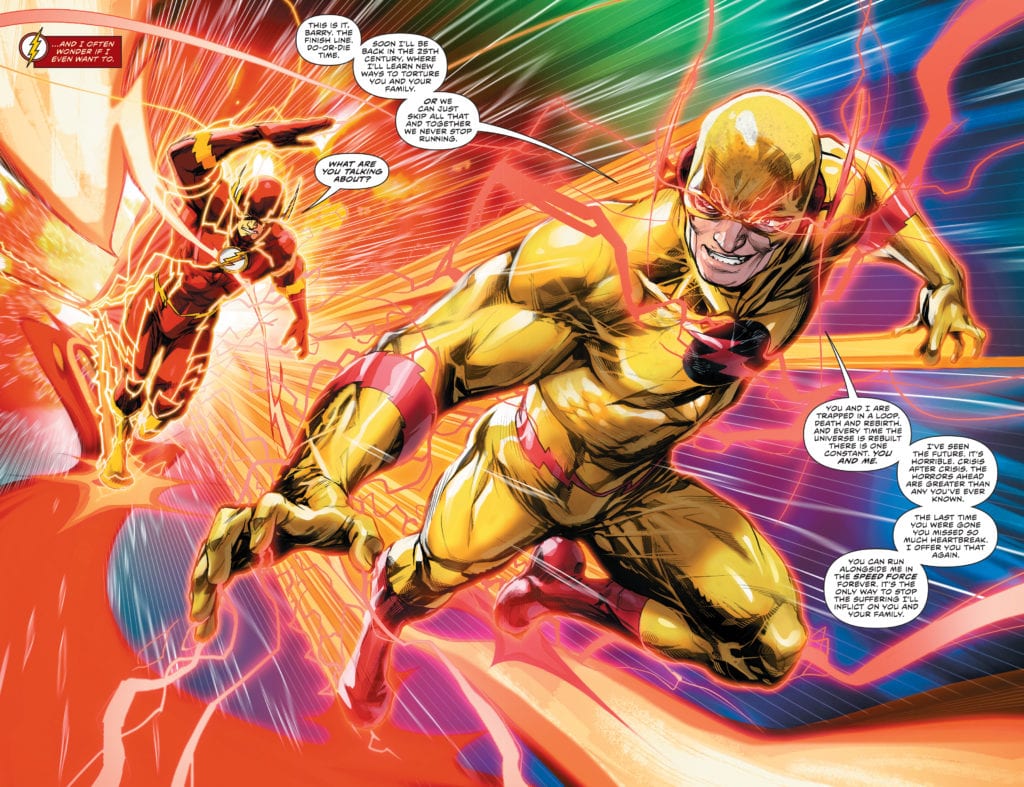 Howard Porter brings the run to the close in his amazing style. He brings his A-game every issue, and he doesn’t hold back here. While the fight between Flash and Thawne is excellent, the family reunion scene is damn near perfect. As I mentioned before, this scene will fill any reader with nostalgia, and Porter’s illustrations help it. Seeing the cast of the new series interacting with the old Flash favorites in such a calm setting was fantastic.

Joshua Williamson’s run of The Flash is, without a doubt, a pillar of the DC Rebirth initiative. For the past four years, we saw Barry bring his life back together. Each story had its ups and downs, its jaw-dropping action and heartfelt emotions, and so much more. All of it comes to a head in this final issue. It ties up the run perfectly and sets the stage for the coming team to tell their story. The brilliant work of Howard Porter and Hi-Fi brings this issue to life with fantastic art that will define this run. The race may be over for Williamson, but The Flash will keep running forward after this spectacular series.

The Flash #762 brings Joshua Williamson's run to a spectacular close.Review: THE FLASH #762 Crosses The Finish Line