As modern composers go, John Williams is beyond compare. Few others have the same depth or quality of work that Mr. Williams has accrued in his six decade careers If you were asked to hum your favourite movie theme, chances are high that it would ending up being one of his. Whether its Star Wars, Superman, Jurassic Park, Jaws or Indianna Jones, it’s hard not to acknowledge the impact that his work has had on the cultural hive-mind. It is, therefore, unsurprising that many would seek to pay tribute to him through their music. One of the standout works in this regard is Empire Jazz, produced and arranged by Ron Carter.

While Star Wars has always inspired musical experimentation whether it be through the comedic works of Weird-Al or the rapping genius of the Wu-Tang Clan, Empire Jazz is a very different beast. Released in 1980, the same year as The Empire Strike Back, this LP consists of five jazz interpretations of the some of the aforementioned film’s standout tracks.  With over 40 albums released in his own name and appearing on more than 2,500,  Ron Carter is one of the world’s most prolific bassists. There is very little information available about this album, Ron Carter hasn’t spoken about it in any interviews he has done and its often lost within his extensive discography.  Its hard to know what it was about the film’s soundtrack that inspired this Jazz Hall of Famer , but it makes for an interesting antiquity and an enjoyable listen for jazz fans.

Beginning with the now infamous “Imperial March”, listeners are treated to a lively rendition that would be well at home in the finest jazz club. It features an incredibly strong flute element which demonstrates the flexibility of the instrument. As a flutist, its something I very much appreciate.  It is followed by Carter’s take on the “Asteroid Field” which invokes images of the Copacabana and classic lounge jazz. It is features a baton-pass approach to lead instrument with the sax passing off to the trumpet and the flute as the track progresses. His interpretation of the “Love Theme” reflects the development of Han and Leia’s relationship. It begins quite subdued, but builds in strength and ambition as it reaches its climax. “Lando’s Place” is as smooth as the man himself with an incredibly prevalent and novel use of bass. The album concludes with an experimental take on “Yoda’s Theme”. It very much likes in the realm of lounge jazz, but its focus on piano and trumpet works to its favour. The album, as a whole, is a good motivator and provides ample atmosphere for whatever work or study that you need to do. I could go on, but the only way to thoroughly appreciate these covers is to experience them yourself.

Star Wars is  no stranger to musical oddities but surprisingly, Empire Jazz has never been re-released either physically or digitally. The album is incredibly rare with some copies  going for around $400 on various online outlets. You’d think that either Ron Carter or Lucasfilm would see the potential that the album has from an economic standpoint. Perhaps, some unknown licencing issues is at play that seeks to condemn this hidden gem to obscurity. So go forth dear readers and search those second-hand vinyl fairs, you’ll never know what treasures you’ll find from a galaxy far, far.

Join us tomorrow as we look at the Clone Wars micro-series from 2003 that gave us our first look at General Grevious. In the meantime, why not check out yesterday’s article on Jedi Outcast. May the Force be with you. 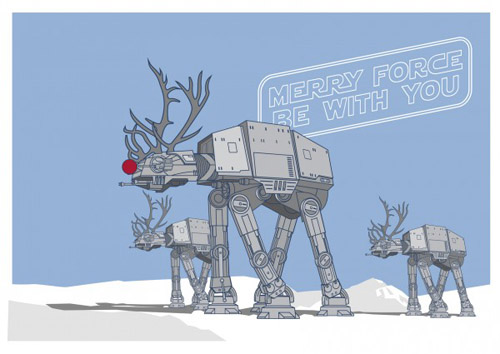