Review: SUPERMAN YEAR ONE #3 Brings the Limited Series to a Rushed Close

Superman makes his debut in Metropolis!

When Superman Year One was first announced, I was honestly worried. Frank Miller was never one to stop making Superman an unlikable hero during his Dark Knight Trilogy, so the worry was he’d present a story that would make Clark look more like that version.

Instead, we had gotten a rather human story of Clark growing up in Kansas with his friends and family. Instead of becoming a journalist, he heads to the Navy, where he learns of the more supernatural parts of his world when he finds Atlantis. By the end of that story, he stays with the people after defeating a mighty sea creature after donning the uniform we all know and love. How will that soon change as his first year comes to a close? 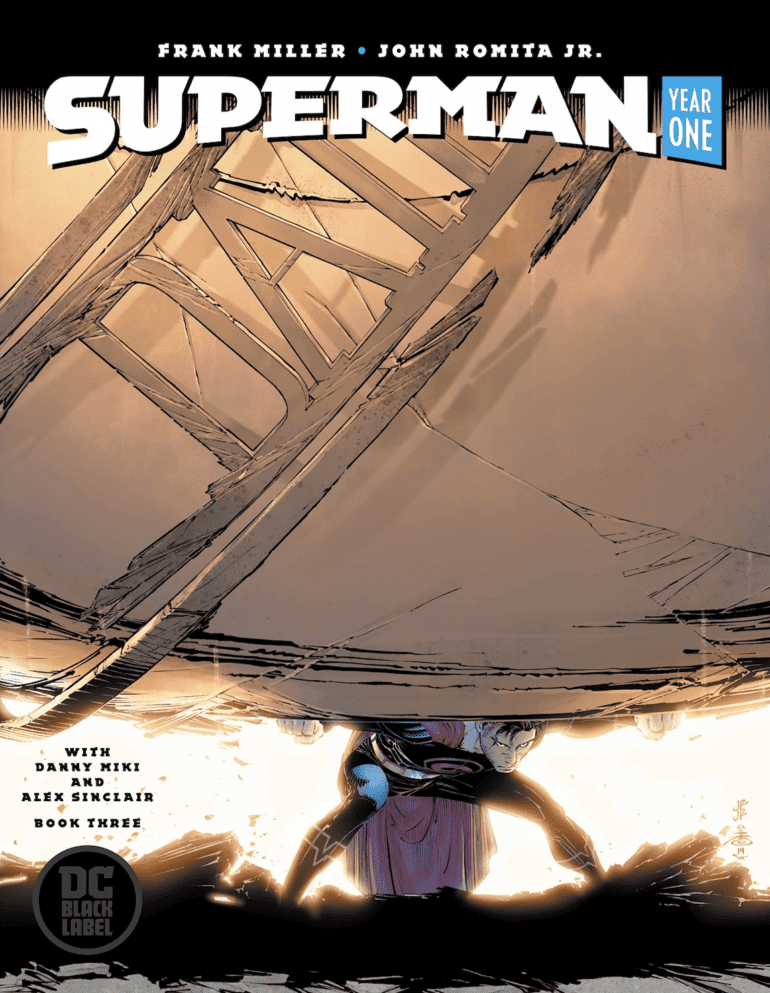 We open our tale with Lois Lane exploring the ocean in search of the Man of Steel. When she gets too close to Atlantis, they fire on her submarine. Before it’s destroyed, Superman comes in and pulls her to safety. Realizing he could no longer stay in Atlantis or the coast for that matter, he goes off to become a journalist. He eventually makes his way to Metropolis and begins to make waves as both Superman and Clark Kent. Soon after, Clark comes face to face with Lex Luthor, who tells him of a dangerous terrorist that controls their neighboring city: Batman. 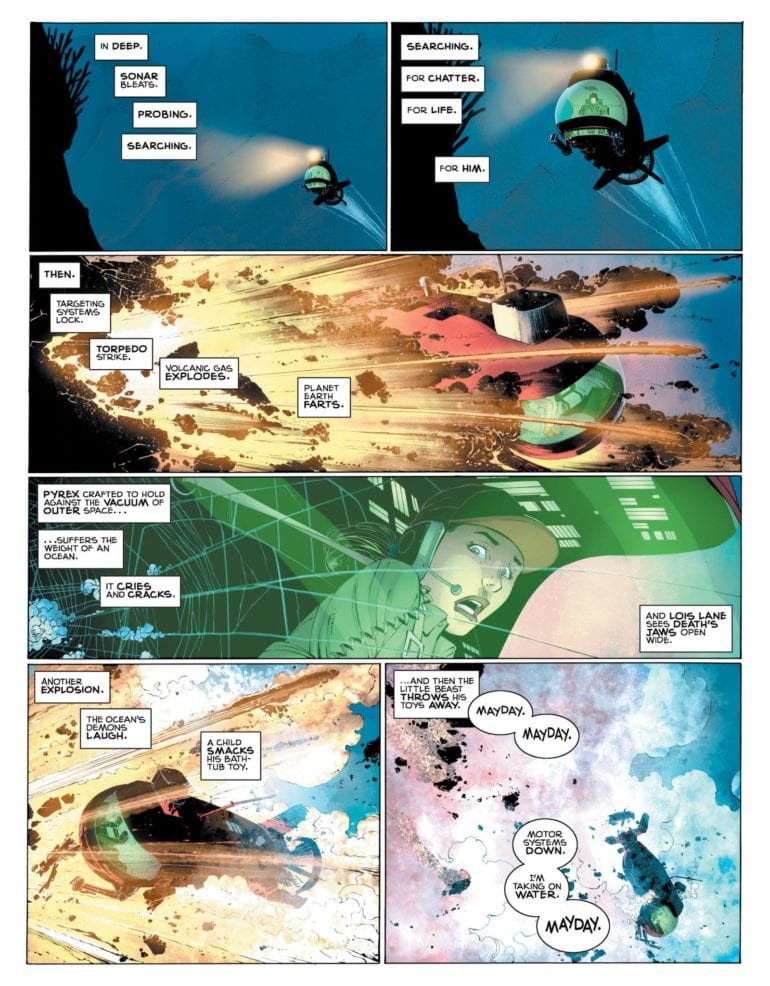 This is probably the weakest of the three-part story. It feels as if they took two issues and stitched them together. The first half of this story is great with Superman’s integration into Metropolis. It wasn’t this grandiose final battle you see with most origin stories that would cause the world to look upon the new hero. Instead, it was Superman stopping robberies, domestic violence, and other street-level crimes. It was grounded and a breath of fresh air from most stories like this.

The problem sadly lies in the back half of the story with the introduction of Lex and Batman. If the story were to have ended with Superman meeting Lex for the first time and then he flies off into the sunset, it would have been an excellent end to the series. Instead, we have it so we can have an interaction with Batman. This part feels tacked on as a way to bring in World’s Finest. If it was an issue unto itself, it might work, but here it just feels like an afterthought. 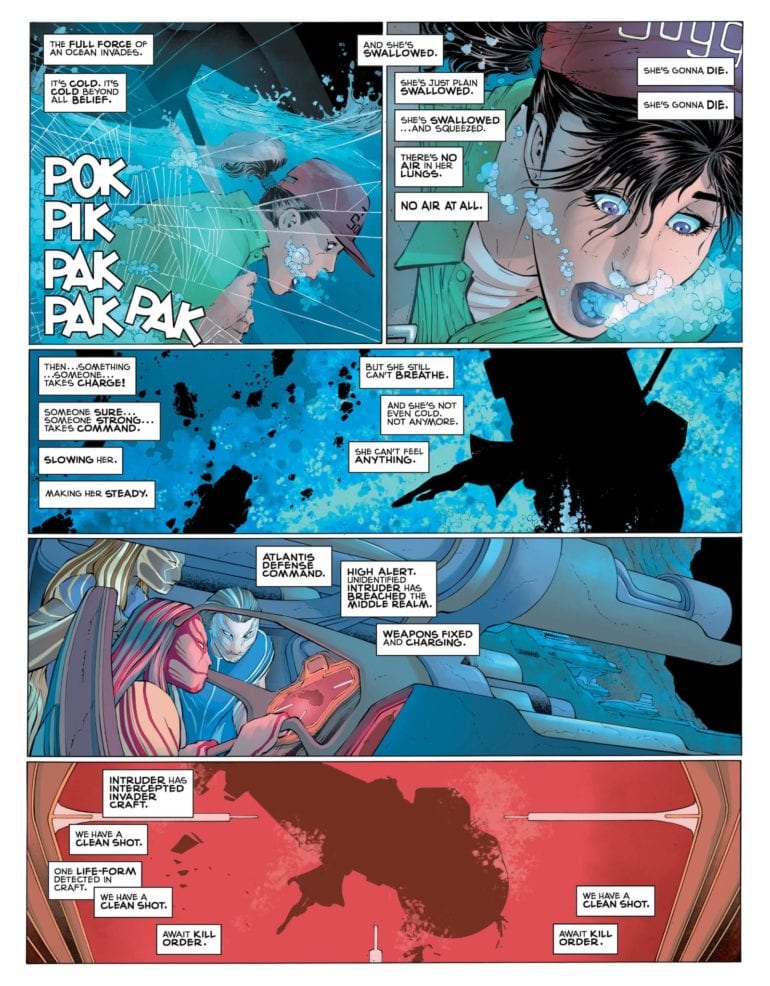 John Romita Jr.’s art actually works really well here. With no alien creatures, he is able to take a more grounded style. The best panels more often focus on Clark Kent, such as him adopting his disguise and saving a child as he comes to Metropolis. That isn’t to say the action sequences with Superman aren’t amazing. Superman fighting the military in the opening looked badass. Add to it the excellent color work of Alex Sinclair, the art of this finale goes above and beyond. 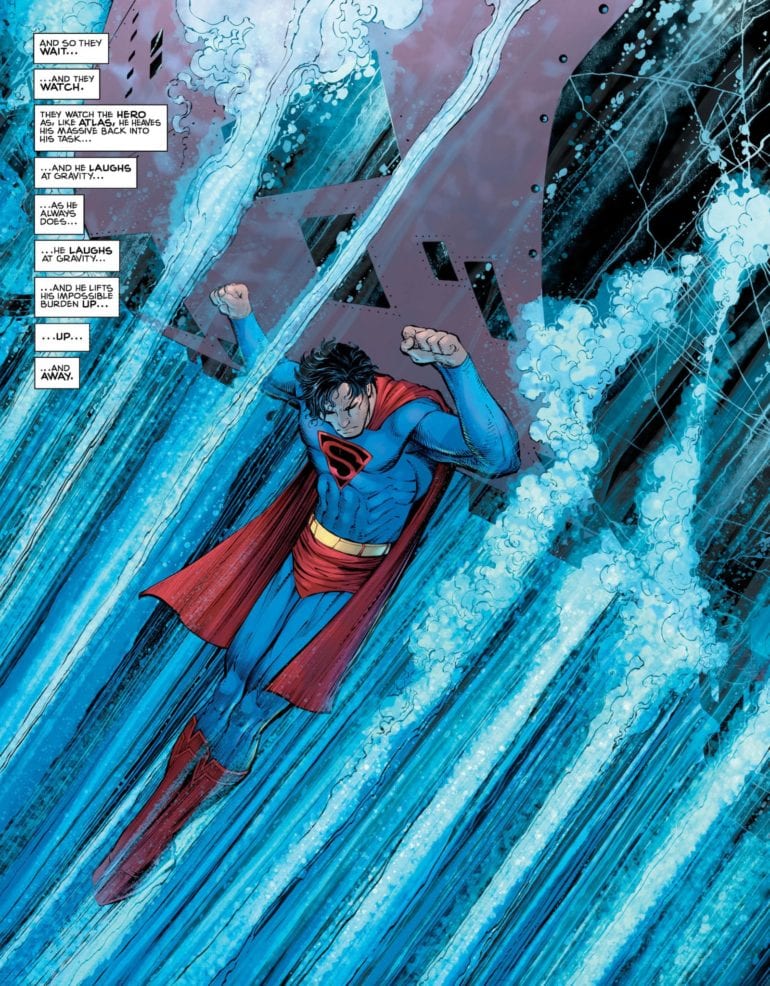 While I found the first two issues as strong retellings of the Superman origin story, the conclusion feels rushed. While there are definitely parts that work really well for Superman’s start, the forced inclusion of Lex and Batman feels like an unnecessary afterthought. Romita and Sinclair provide an excellent look for the final issue, staying grounded in the world of the Man of Steel. Of all the DC Black Label titles, this one stands out as a more hope-filled entry. Overall, the series a very welcome addition the Superman Mythos. I just wish it had a smoother conclusion.

The conclusion to Superman's First Year rushes to the end by adding a little too much story.Review: SUPERMAN YEAR ONE #3 Brings the Limited Series to a Rushed Close