How Is Superman Loved By Everyone?

Superman is the quintessential superhero character, serving as one of comics’ highest thresholds. With over 80 years of history, the Man of Steel inspires people by the thousands. He is so influential that even the comic industry’s biggest superhero haters (e.g., Garth Ennis) and cynics (e.g., Mark Millar) are fans. But how is such a character loved by so many people in such a divisive world?

The Idea of Superman

The Man of Steel is the result of much trial and error. The Great Depression was the first obstacle for “Jerry Siegel” and Joe “Shuster” to get their idea published. With comic strips demanding for extravagance, Superman was created as a melting pot of the best character traits. Superman’s powers upon coming to Earth derive from John Carter on Mars. Other influences include “Douglas Fairbanks'” roles like Zorro. His civilian identity Clark Kent meanwhile comes from “Harold Lloyd,” a mild-mannered man who did not take kindly to bullies.

All of these seem arbitrary until the reader looks at how this fleshes out Kal-El into the inspiring Man of Tomorrow. Each story shows an extraordinary man who is just as human as everyone else. In the early stories, he could get angry and help anyone live the fantasy of beating back crooks. The stories that come afterward reflect the world around the Man of Steel and the changes he makes in reaction. Because with every day must come with a new tomorrow.

Superheroes have always been products of his or her home, often combining genres like science fiction with social commentary. This, in turn, helps the audience relate to the character while acknowledging they are still fictional.

How Is Superman So Popular?

Superman, on the surface, seems to be anything but popular. Fans of Superman, however, know that he is very human in spite of being from a more advanced world. A man with so many powers and skills is a simple yet surprisingly complex premise. If Krypton blew up because of factors like its denizens ignoring red flags, how can Earth be the place Kal-El thrives? For the Man of Tomorrow, it’s no longer just about power fantasies but trying to be a better man.

This is also what separates other superheroes from Superman. A significant number of them, such as Batman and Spider-Man, are propelled into crime-fighting by tragedy, including the death of loved ones. Such pessimistic beginnings, however, displays that their actions lean more towards guilt or trauma. At the same time, characters like Batman see Superman as something to strive towards, to the point of even sharing a couple of their influences like Zorro and Robin Hood. The Man of Steel’s kind nature, in turn, helps inspire other characters like Wonder Woman. She, much like Superman, is mighty, but the themes of truth and love in trying to create a better world is where they really compare.

Superman Is The American Way

Part of Clark Kent’s altruism comes from how his foster parents raised him on American values. But America has become more divisive and toxic in recent times, especially with the actions of neoliberals and neoconservatives. Some modern comics have even called this into question with Superman giving up his American citizenship. This, however, seems to have been swept under the rug in some media. 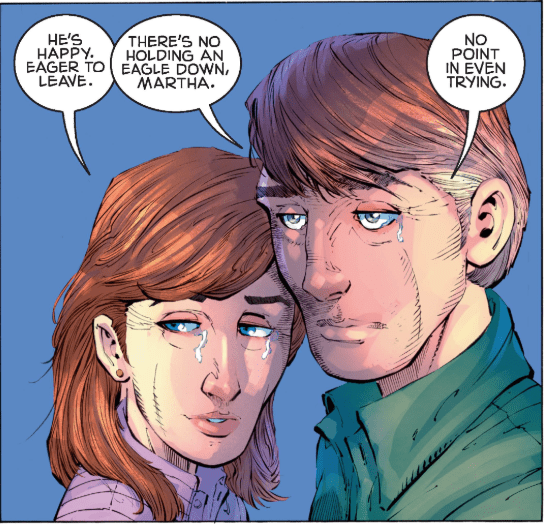 “Truth, Justice, and the American Way” remains an essential piece of the Superman mythos. Despite how America has its flaws, the Man of Steel is a patriot who embodies its values. Unlike ultra-nationalists like his father-in-law General Sam Lane, Kal-El never forces the US’ values on others or make sure it’s always on top. Superman respects the world around him and ideally serves as an example to follow, for both the world and the US.

This comes to a head in New Super-Man with the phrase “Truth, Justice, and Democracy” as an ideal for some characters. This is very relevant in the series setting, Shanghai. In the real world, China’s communist rule is becoming more imperialistic with its attempts to force its offshoots, such as Hong Kong, under its banner. As such, the people wish for a more democratic system to have a voice. Having their own Superman is a reaction to those ideals. While it’s not entirely the American Way, they are using an American icon as inspiration.

Superman is Relevant For All People

Even though he’s an inspiration, Kal-El still resembles a cis-gendered, heterosexual, white human. How can someone who resembles the ideal of Third Reich be so loved? It’s because Superman is an ideal to strive towards. It’s why he is called the “Man of Tomorrow” because Clark seeks to be better for himself and the people around him. This, however, is an idea, not a belief that can be tainted. 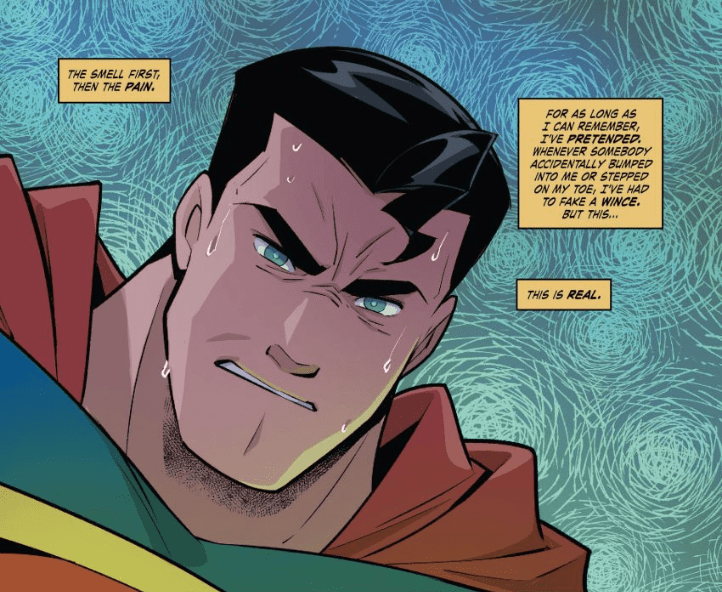 That is demonstrated in Superman Smashes the Klan. The Man of Steel struggles every day to fit in but knows that he’s different. Despite his job and friends, Clark still feels lonely at times. In Clark Kent’s own way, it’s like having a closeted identity or reaffirming his true self. Imagine how a transgender person goes through life but never understanding what brought them there in the first place. It’s one of the many reasons superheroes are so empowering.

Superman’s very presence is what kickstarts the appearance of superheroes. At the same time, it’s his very humanity that separates him from other superheroes. While the Man of Steel represents humanity at its very best, the superhuman community is another issue. Many superheroes are inherently flawed people with some questionable morals.

For example, Spider-Man is an altruistic character known for his slip-ups. While even the very best of people fail at important tasks like money problems, there are very toxic sides to the Wall-Crawler. Marvel preferring to keep his civilian identity Peter Parker close to his teenage roots, actually makes him look like a man-child. For all that talk of great power and responsibility, Peter never really lives up to those responsibilities. Many times, Peter puts his loved ones in danger because he never shared his secret identity. You’d think that after Gwen Stacy, he’d have learned better.

In comparison, even the worst stories never feature Superman as being toxic. Betray expectations like in Superman: Grounded maybe, but not toxic. Garth Ennis is a fan of Superman because he was allowed to mature. While the Man of Tomorrow gets stuck in the same traps as other A-list superheroes, his simple life gives meaning to them. It’s also why the usually cynical Mark Millar was devastated by the film Man of Steel, and this is the same guy who made Superman a communist. Making Superman more complicated than he needs to betrays the character’s point.

Don’t Other People Mess Him Up?

Because Superman is more like a symbol in practice, it becomes increasingly harder to write stories about him. Both Frank Miller and Brian Michael Bendis are Superman fanboys who portray the Man of Steel with varying success. What they all have in common, however, is trying to balance the “Super” with the “Man.” Clark Kent steals most of the spotlight for some of Superman’s most notable series; it’s what helps keeps the Man of Steel moments so special. Unfortunately, only a few people, including Grant Morrison, manage to make the sensations meaningful.

Some of those meaningful moments meanwhile are shared with Superman’s supporting cast. Lois Lane and Jimmy Olsen are two crucial people in Clark Kent’s life he can’t live without. Lois represented the complicated feeling boys have when trying to talk to girls until she and Clark get together. Jimmy meanwhile represents that younger friend that goes to you for advice and grows from your example — seeing the Man of Tomorrow from their perspective instead of the other way around creating this empathetic sense of awe. Unfortunately, since so many stories focus on Superman and not these outside forces, the Man of Steel feels bland in comparison.

People only think Superman is uninteresting because he is just as human as his audience. The general populace believes this Man of Steel is the greatest thing to see with his numerous adventures. But this isn’t even a quarter of what makes Superman so inspiring. It’s living life the only way he can and how such a simple idea can give rise to a better tomorrow.

What do you all think? Is Superman as great as people think, or is he just another Marty Sue? Leave your thoughts in the comments?