Mark Russell and Richard Pace’s controversial Jesus-centric series Second Coming has found a new home at AHOY Comics. After being cancelled by DC/Vertigo last month following a negative FOX News story and online petition, Russell and Pace requested the book’s rights back in order to shop it elsewhere; DC agreed, and the relationship ended amicably. 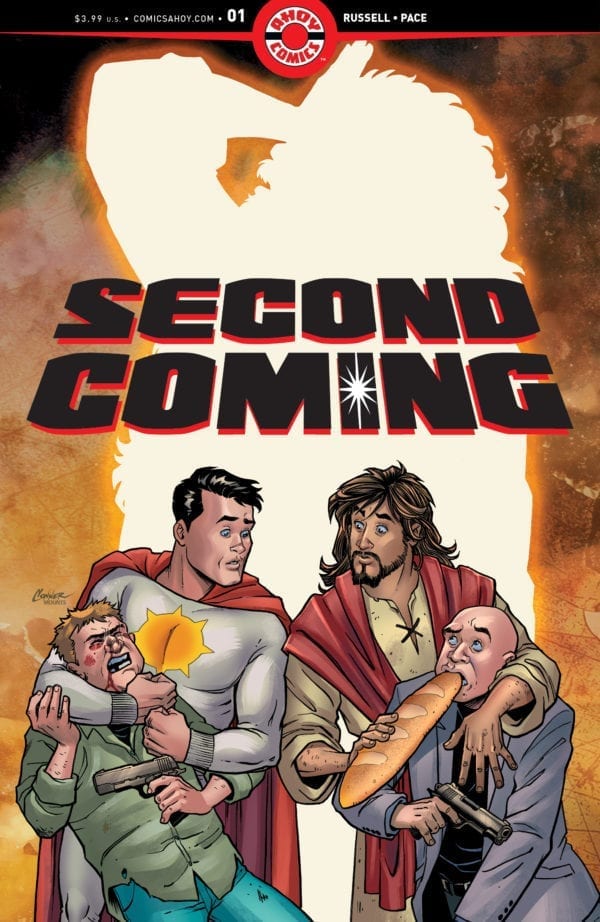 Second Coming #1 (of six) will arrive in July in a slightly different form that it would have originally. The first issue will be six pages longer than first laid out, while some alterations requested by Vertigo — a reduced amount of coarse language, fig leaves added on Adam and Eve — will be scrapped.

Russell spoke to the New York Times about the news, and the Second Coming series itself:

“It’s not as respectful as to what they actually do. It’s not a satire of Christ so much as it is a satire on how his followers of the last 2,000 years have turned his message of forgiveness and empathy into one of power and domination, which is as un-Christlike as one can possibly imagine.”

This isn’t Russell’s first foray into divine-themed stories; he previously wrote both God Is Disappointed In You and Apocrypha Now for Top Shelf.

The Times story adds that while Pace will do layouts for each issue, he’ll only be drawing the events that take place in heaven and in biblical times, while a second artist (still to be named) will draw the scenes on Earth. Pace commented that this system “gives us a chance to have a really visual indication of where the reader is in a story.”

“I don’t think a comic book is anything to get that upset about. I just think it’s a really good story that people have a right to read.”

Will you be picking up Second Coming #1 this summer? Has all the controversy made you more interested in the series? Let us know in the comments!