GRIT #2 hits your local comic book store August 26th, but thanks to Scout Comics, Monkeys Fighting Robots has an exclusive five-page preview for you.

The 3-issue series is about a cranky old monster hunter and the short-tempered witch who sure wishes he would stop slaughtering stuff. It’s what the creators are calling “Southern-fried sword and sorcery.”

About issue #2:
When a mysterious wanderer comes across a mound of slaughtered goblins, she wants answers, and all signs point to Old Man Barrow. Unfortunately for him, she decides to mount her interrogation while he’s knee deep in the swamp, hunting a dream hag. If there’s one thing Barrow hates more than a witch, it’s two witches. Things ain’t looking pretty for our hero, y’all.

GRIT #2 is by writer Brian Wickman and artist Kevin Castaniero, with colors by Simon Gough, and letters by Micah Myers.

In his review of GRIT #1, MFR critic Gabe Hernandez called the story “BONKERS” and said the comic is “both rustic and dripping with fantasy gore.”

Check out the GRIT #2 preview below: 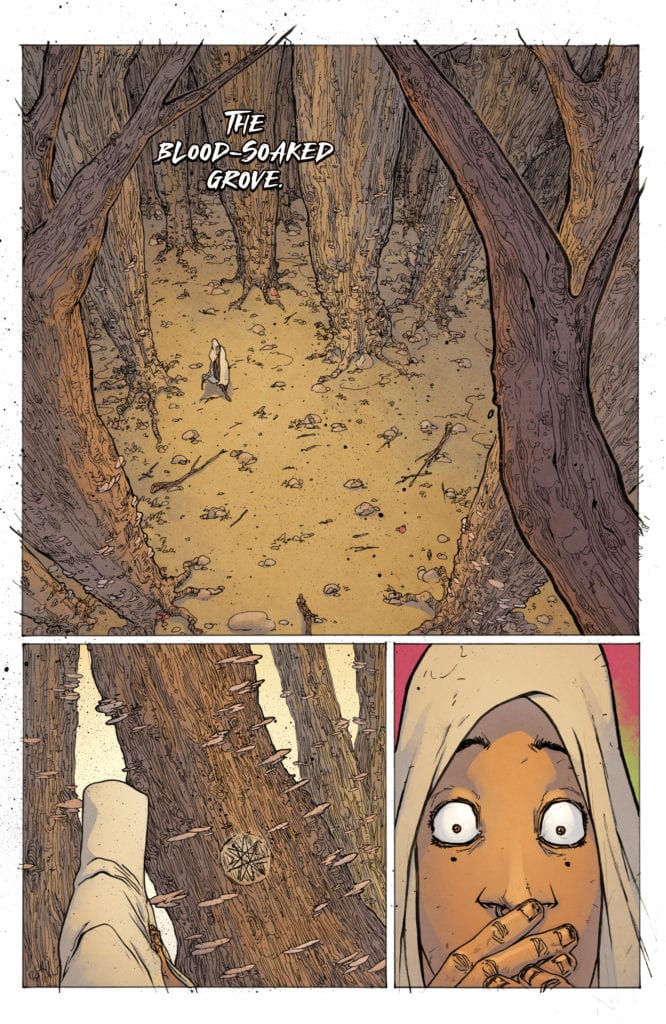 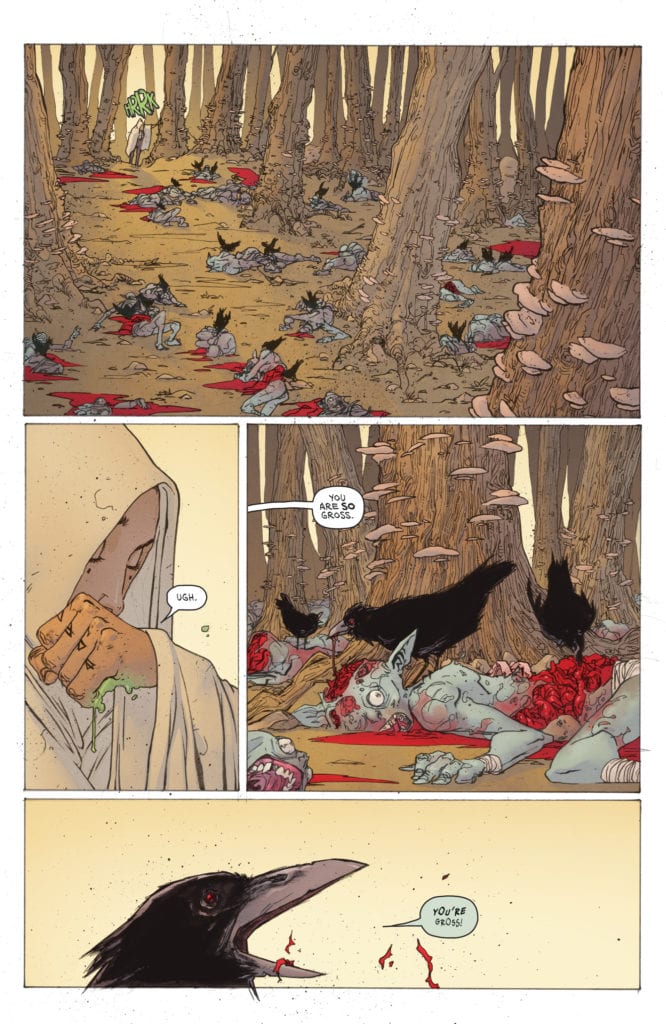 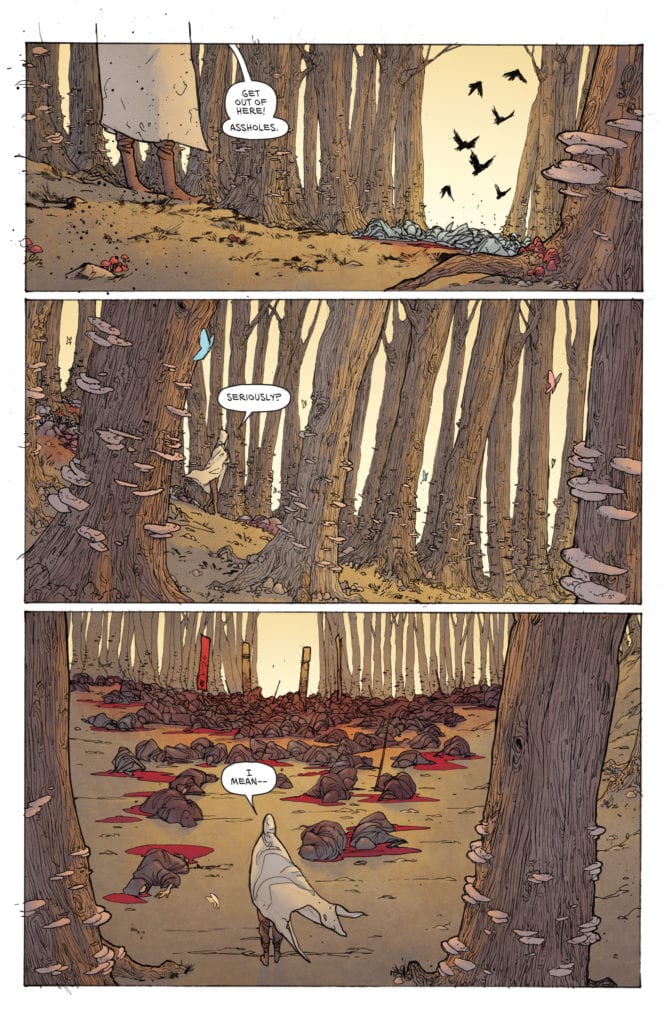 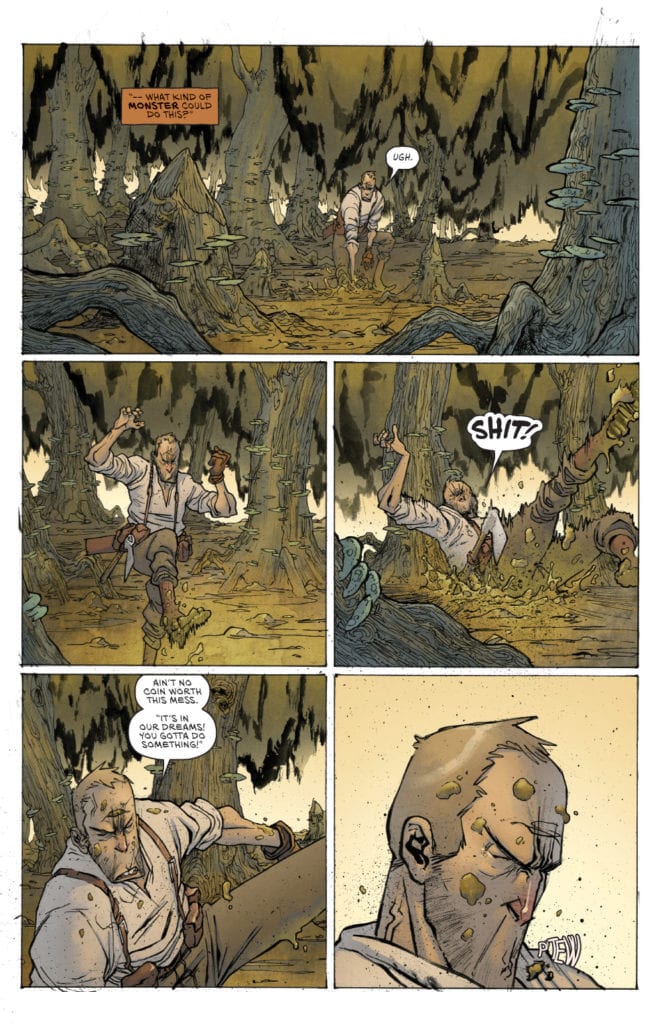 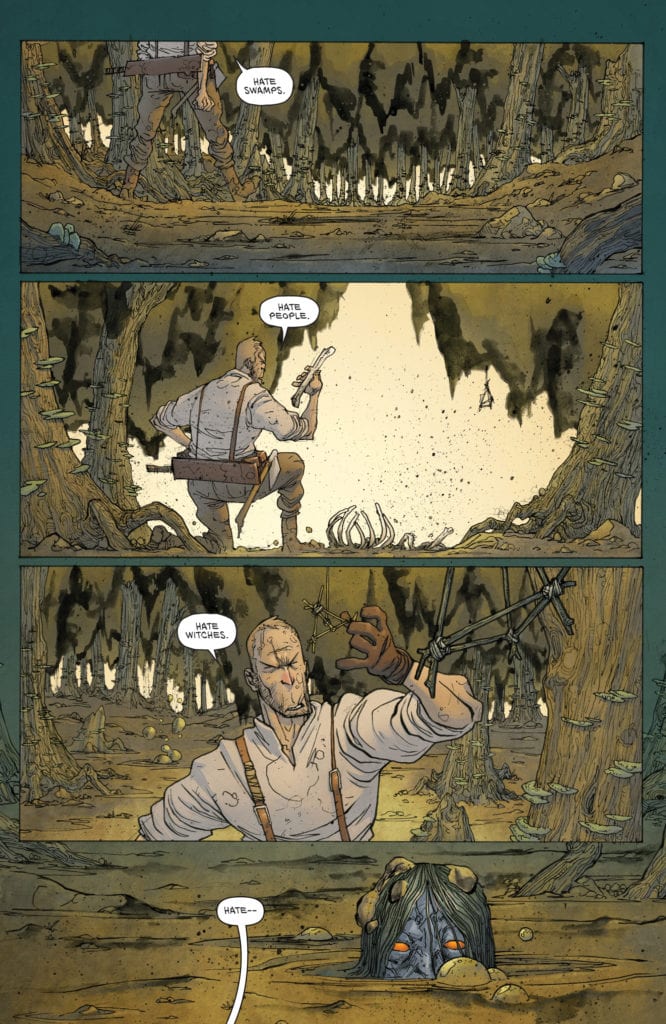 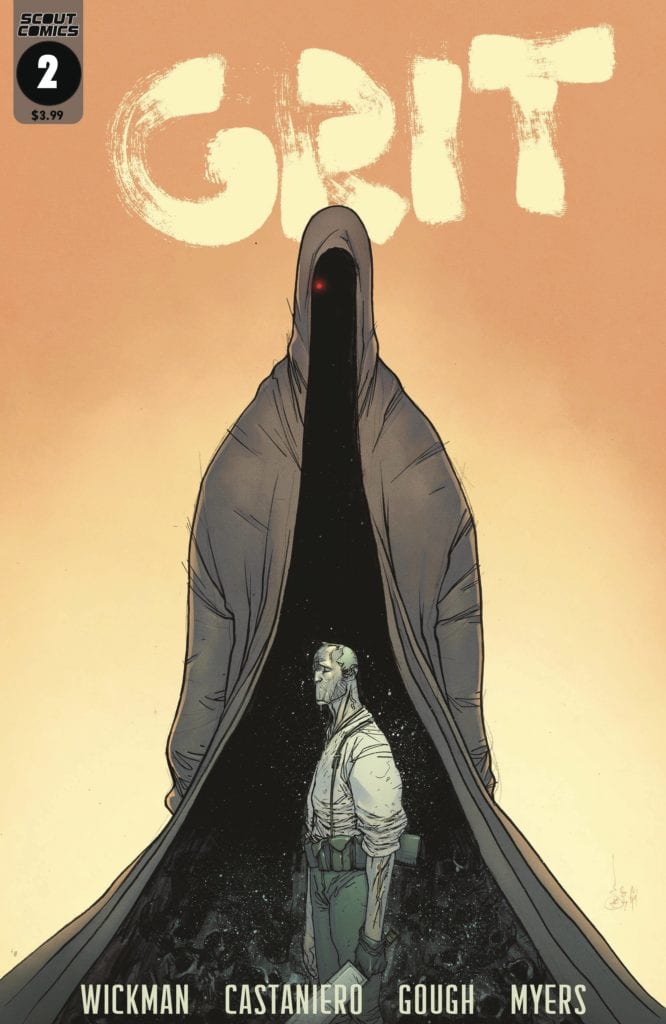 Did you pick up the first issue of GRIT? Sound off in the comments with your thoughts!