Odds are you may have heard of Marvel’s Runaways, but you may not be familiar with what the comic is actually about. The general plug for the team is that a gang of kids find out their parents are a super-villain team called The Pride, trying to end the world. The kids steal weapons & unlock powers in their attempt to strike back against their parents, and since they left their parents, they’ve been “running away” ever since – from The Pride, aliens, and even S.H.I.E.L.D. It’s a series that has been considered for a show or a movie before, but nothing has come to fruition. 2016 is the perfect time to change that. Marvel has built such a strong base with its movie and television show universe, but right now there’s nothing quite like Runaways. The comics did a wonderful job of blending serious and comedic elements, creating a Breakfast-Club-Teen-Titans-Kick-Ass-type comic series. All of the characters are also able to exist outside of the major properties – The Pride doesn’t need to contend with The Avengers, Xavin doesn’t have to be a Super Skrull alien, and Molly Hayes could just be a Von Strucker HYDRA experiment. It’d also be nice if Marvel was willing to set up a superhero team that didn’t live in New York, as almost every hero resides there currently. They also have some glowing recommendations and co-signs, from Guardians of the Galaxy’s James Gunn, and Avengers’s Joss Whedon (who also wrote a couple Runaways comics).

The other major pull for the Runaways is it would give Marvel and entirely different-looking team. Marvel has a bit of a problem with diversity, as many of their major heroes have been straight white guys named Chris. But Runaways is a team that has racial, gender, and even sexual diversity. The team has more girls than boys, has kids of different backgrounds and ages, and the team also has a dinosaur. A DINOSAUR. 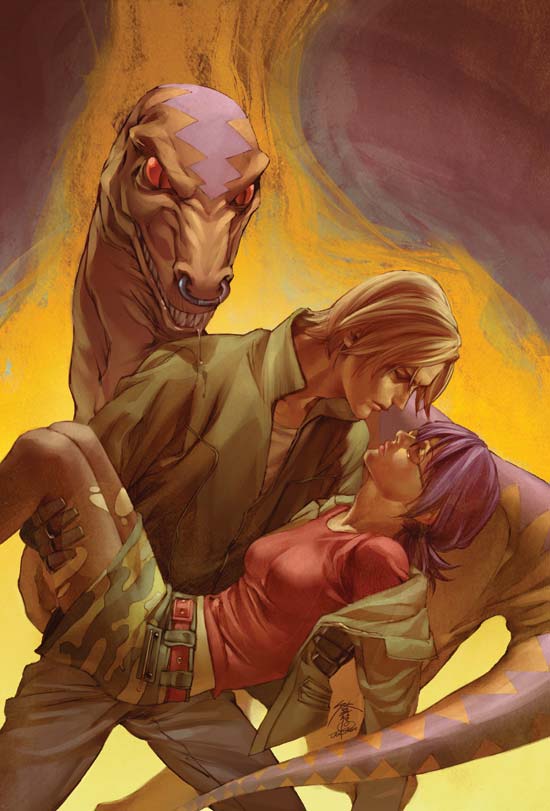 Now Runaways has spent some time in developmental limbo. There have been talks of both a movie and a television series for years, but so far, nothing has really come to fruition. There is the worry that a Runaways movie might not intrigue enough viewers. Marvel’s been keeping busy with their movie schedule, trying to pump out however many movies needed to build up to Infinity War. But Marvel has shown that they’re trying new things with their grittier Netflix shows, like Daredevil, Jessica Jones, and the upcoming Luke Cage show. Runaways is the kind of series that has had a lot of their own stories & lore that it could work as a running television show. To make another comparison, the show could thematically be a cross between The Goonies and Buffy the Vampire Slayer (another wonderful piece of work written by Joss Whedon). It’s a new take on superheroes that could freshen up the studio’s releases. While our Marvel-canon Spider-Man will be of high school age, it would be nice to see a superhero show that could be more relatable to a teenage audience, while still contending with the dark adult Netflix shows.

Marvel’s certainly been keeping themselves busy, what with all the different projects they have to juggle, but their line-up could use something a bit different. Runaways would showcase so many different things that the previous movies/tv shows have yet to demonstrate. And while it wouldn’t be animated, you can’t discount the beloved DC Young Justice and Teen Titans programs. Runaways has a lot going for it, and a lot of it could make for a really entertaining show.