With the return of Northstar’s sister Aurora, who is still recovering from her death and resurrection, X-Factor discovers a mysterious package on their doorstep, leading them to Mojoworld looking for a missing mutant.

An adventure to Mojoworld, while at times violent and brutal, always lends itself to zaniness, humor, and commentary on mass media consumption. Baldeon’s art style, with its at-times exaggerated cartoony-ness, lends itself well to the story, particularly in his portrayal of Mojo. 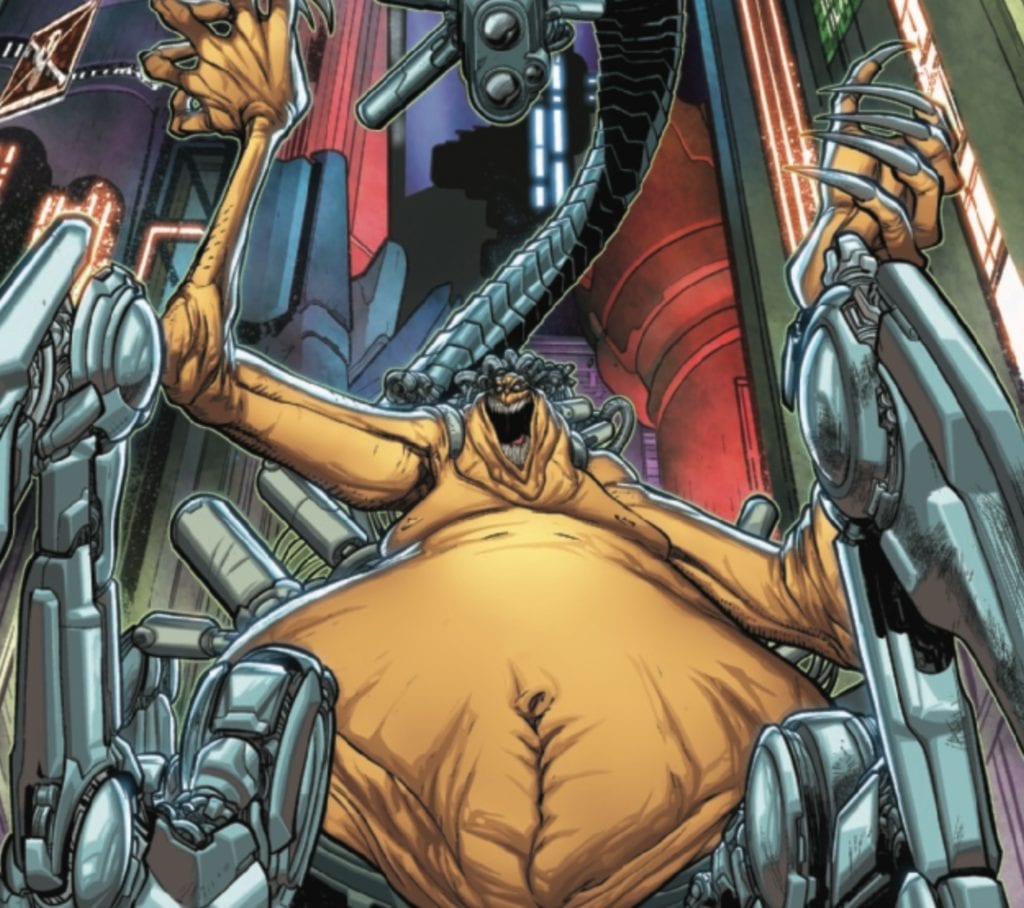 There is also some excellent panel design in which the artist, colorist, and letterer work together to create the media-inundated atmosphere for Mojoworld, particularly when the members of X-Factor are attempting, through the right amount of up-likes and down-likes, to be approved for entry into Mojoworld. 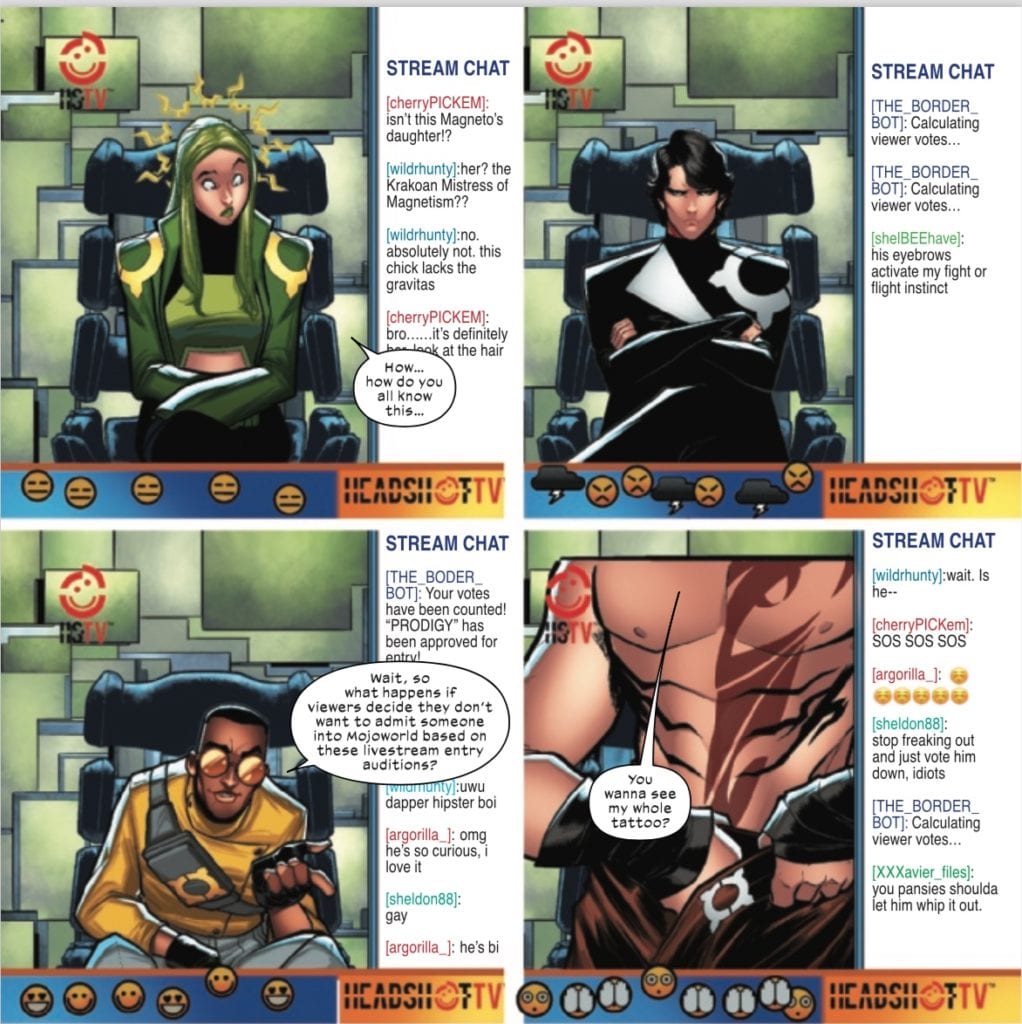 There are times where the cartoony nature of Baldeon’s style can be a little imprecise (there is a particular panel where Rachel’s neck is…quite long), but it lends itself to the wackiness of the issue.

Meanwhile, Silva’s colors really pop at times, like when Rachel shows what a badass she is and takes down Mojoworld’s encroaching army. 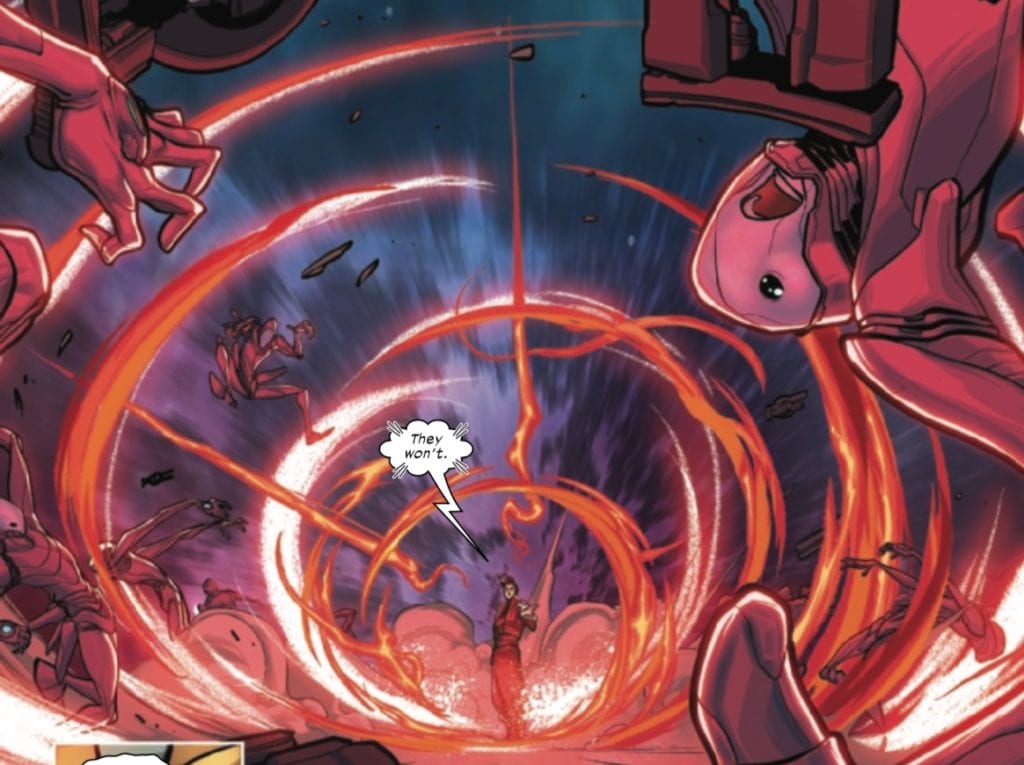 Images like this lend the issue gravitas in a story that is, overall, a little silly, but fun.

X-Factor #2 is far from a self-serious issue. Its creative team presents a fun, wacky story in Mojoworld. Some of the characterizations can be a little shallow at times, as members of X-Factor are either scowling and serious or quippy, although eventually, everyone gets a quip or two in. While it is great having a bunch of X-characters in different titles, where hopefully they’re individuality can be explored, this title demonstrates a potential problem with having so many X-titles…will they eventually just become a bunch of interchangeable mutants in out of this world situation who just scowl or make quips? It’s only the second issue, so we’ll see what happens. I hope this series provides readers with more than “another mutant title, but this time, they hunt for missing people.”

What did you think of X-Factor #2? Tell us in the comments below?

X-Factor goes to Mojoworld to follow a lead on a missing mutant. Look ma! Northstar's on TV!Review: X-FACTOR #2 - X-Factor vs. Livestreaming!