Rick Teams Up With Jerry For The Whirly Dirly Conspiracy!

After taking a pit stop from the divorce storyline, Rick and Morty dive back into the family drama. This episode plays differently than most though as it focuses on Rick and Jerry’s relationship. There is also more of Beth’s mother problems, but “Whirly Dirly Conspiracy” digs deep into some longstanding Rick/Jerry issues.

Rick’s problems with Jerry stem from Jerry’s marriage to Rick’s daughter Beth, but things got even worse for them during the end of Season 2. Rick blames Jerry for his arrest by the Galactic Federation. His revenge started with pushing the Beth & Jerry divorce. It looks like it goes much deeper than that! Seeing depressed Jerry at the beginning of “Whirly Dirly Conspiracy” is quickly undercut by Rick ripping him out of bed. It mirrored the very first episode where Rick pulled Morty out of bed.

Rick and Jerry start a “pity adventure” that Morty insists. They end up in a restaurant with immortality and attempt to bond. Well, as much as someone can bond with Jerry. That’s until a mysterious man offers Jerry the chance to kill Rick. As soon as Jerry decides to do it, he quickly regrets it. Things go wrong, and Rick turns this pity adventure into a real adventure. As soon as things look good for the two, another attempt on Rick’s life draws a wedge between them. If this happened one or two episodes ago, the outcome of the “Whirly Dirly Conspiracy” would look very different.

Rick pushes through his hate for Jerry to survive. Even Jerry tries to be a hero, though he still fails as you’d expect. As much as viewers are trained to hate Jerry, this episode shows we can have more adventures with these two. They make it out alive and a little closer, but it will still take more to get these men on the same page.

“Mind your own god-damn business, Gene.”
-Morty to Gene, the neighbor

Other than the wild adventure between Jerry and Rick, things are just as insane back home. Beth is feeling depressed, and Summer is having body issues. Those two things collided as Summer becomes a giant due to Beth’s interference. Even when Morty isn’t with Rick, he still has to deal with sci-fi madness like this.

While “Whirly Dirly Conspiracy” isn’t really a direct parody of anything, you can’t help but get a feeling of ‘Honey, I Shrunk The Kids.’ Overgrown Summer is a manifestation of her emotions and the perfect jinx to counteract Rick’s insanity. Beth doesn’t want to involve Rick with this situation to “prove herself, ” and Morty is still the only one who is calm under pressure. If this season is showing anything, it is that Morty is an essential member.

Poor Summer just wants to look better, and she’s inside-out by the middle of the episode. All of that because of Beth’s similarities and blindness to Rick’s errors. Morty points it out, and it will hopefully put Beth on a path to make her a more tolerable human.

Last week’s superhero parody works, but episodes with a focused narrative like this are what makes Rick and Morty shine. The drama between Rick and Jerry is what fans want and starts importantly showcasing secondary characters. Not every episode can solely focus on the misadventures of Rick and Morty, so episodes like this build up characters like Jerry and Beth for their solo episodes.

What did you think of this episode? 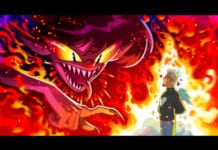 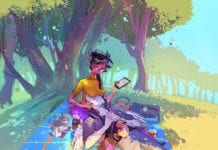 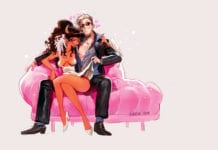