If there was any doubt that Thor is the strongest Avenger, this issue puts the matter to rest. CBR predicted a year ago that the Silver Surfer (is he the Black Surfer now?) would show up in Cates’s Thor, although probably not in the way the writer anticipated. “Norrin” shows up to console Thor and hear the tale of Galactus’s fate.

Telling Norrin Galactus’s fate and the defeat of the Black Winter (which may have been dispatched a bit too easy given how much the threat was built up), Thor reveals that the Black Winter, in its final moments, revealed Thor’s future to him.

Klein does exceptional work here, capturing Thor’s terror as he recalls the image that the Black Winter revealed to him. 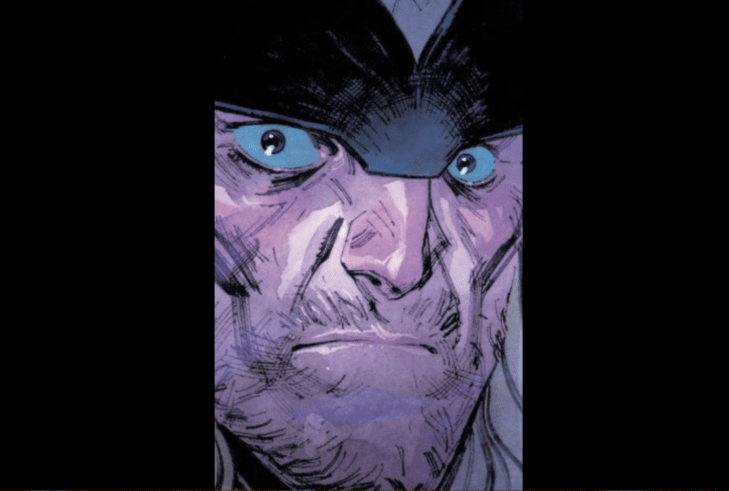 The transition from Thor, drunk, depressed, and trying to forget, to Thor fully remembering what he saw is excellently and leaves quite an impact on the reader.

This issue is, of course, complemented by Matt Wilson’s colors, which, along with Sabino’s letters, construct a very compelling scene once the Black Winter is defeated and shows Thor is future.

The lone, falling black snowflake is a beautiful touch, particularly in the first panel where it is drawn and colored with a “smoky” look, which then crumples into dust in Thor’s hand, but not before the Black Winter gives him an ominous warning, lettered by Sabino, which complements the dark foreboding of this scene.

As foreboding as the Black Winter was, Cates and company tease greater horrors ahead for the King of Asgard, horrors that spell trouble not only for Thor and Asgard but the rest of the Marvel Universe as well.

What did you think of Thor #6? Tell us in the comments below!

In the finale of Thor's confrontation with the Black Winter, an old friend visits Thor, and more darkness lies ahead for the King of Asgard.Review: THOR #6 - Herald of None