This week’s The Walking Dead episode was enjoyable. Not to say the show’s never been enjoyable to watch, but this episode’s energy was totally different than normal. Sure, there was some death and sadness going on, but this episode took a much more lighthearted tone. Every episode treats us to the grime and sadness that the zombie apocalypse has brought to everyday Southern life, but now we get a glimpse into what Rick/“Jesus” were talking about – the next world. 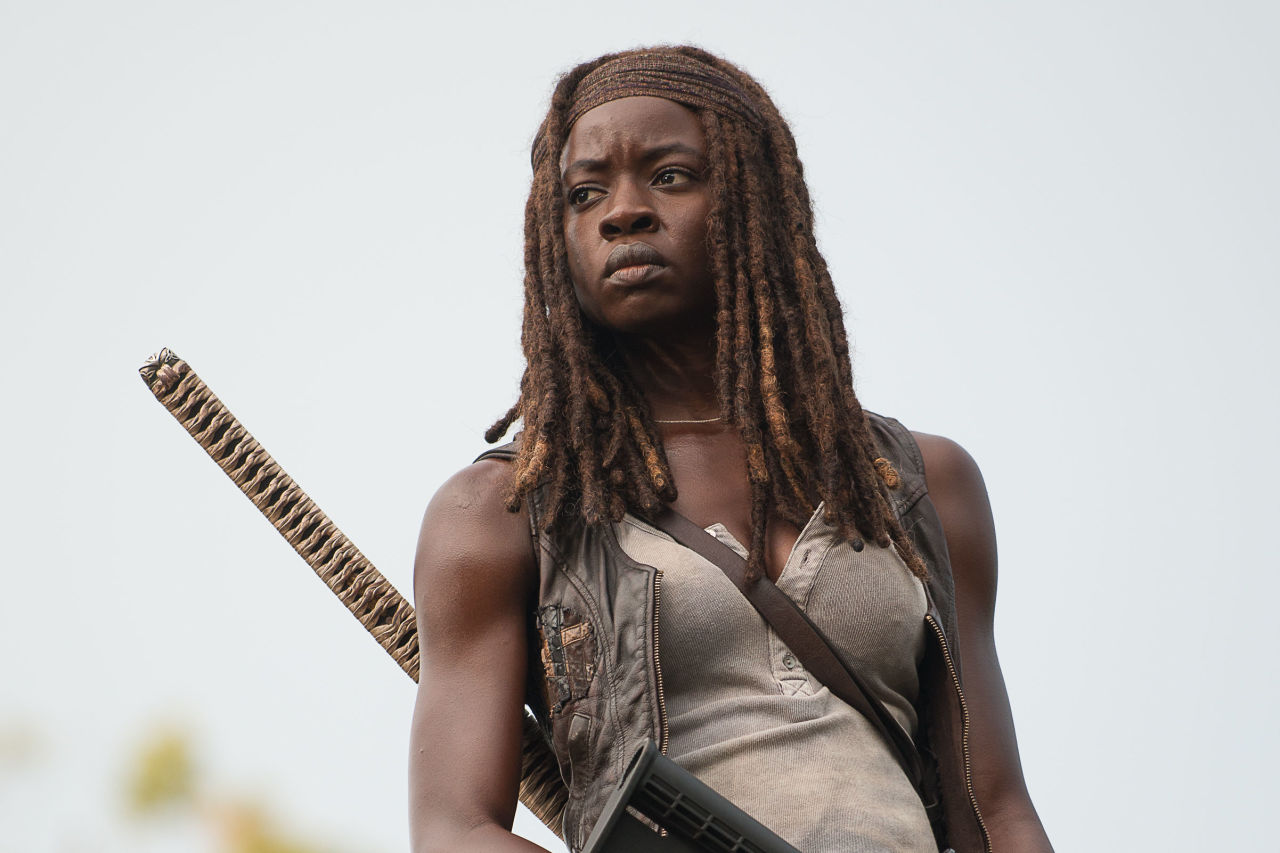 “The Next World” picks up a couple weeks after last week’s episode, a time-jump that means most everyone’s over the death of the Andersons (Rick especially, but we’ll get to that). Rick and Daryl go out to check for supplies, and maybe get a soda for Denise. Carl has become understandably a bit more authoritative and hopeless, just enough to chase Enid back home. Michonne helps Spencer and his shovel get all the way over Deanna, as it turns out she was zombified before being eaten. Maggie is trying to adopt Enid, Eugene is a big corn guy, and Michonne needs toothpaste. Everyone’s far less concerned with the zombie struggle than they’ve been in the past. They now have a chance to think about regular world problems.

All of these interactions were about the dynamics between the survivors, and how the Alexandrian crew are really starting to mesh more with The Walking Dead’s leads. It’s touching in a new way, as this episode is building up hope. It makes so little sense that everyone survived the zombie attack last week, but now that they have, they all have that hope. It’s what adds more charm to this episode. It’s more like an episode of iZombie this week, with a focus more on finding love and hope, rather than the grim reality that zombies may eat and kill all humans.

As for the comedy? That comes from the addition of Kung-Fu Grip Jesus. Sure, it was funny when Daryl was skeptical of Denise & Eugene & Rick’s radio jams, but it was Jesus who somehow turned a gritty zombie show into a Dukes of Hazzard farce, as Jesus keeps stealing the truck full of supplies. He somehow gets himself on the roof of the van, despite being tied up and left by the wayside. And when the truck ends up drifting into the lake? Classic. Almost Tom & Jerry-esqe. His place in the camp sets up two possibilities – either his goofiness wins over the rest of the survivors, or he turns out to be a twisted henchmen of Negan. Or maybe he’ll be more like Morgan’s captured Wolf friend – he’s certainly got the hair for it.

Then came the big twist of Rick and Michonne kissing. Apparently, the show runners don’t care whether or not we miss Jessie, instantly replacing her as the love interest. I guess that’s part of what the time jump was for – making sure no one, including the audience, cares anymore about Jessie (but still care about Deanna). I’d be more mad about it if it weren’t for the fact I saw it coming for a couple seasons now. The Jessie romance didn’t exactly feel forced, but Rick & Michonne meshed beautifully with the history these two have had. They’ve been tight for years now, and Carl already sees her as a stand-in mother.

The fact that this episode of The Walking Dead feels so different is what really makes it work. We’ve seen a lot of people being sad, walking around in the woods, waiting for another side-character to get chomped on. We get to see characters have legitimate moments of happiness and care for each other. The Richonne moment almost felt like a sit-com, as the mother-father characters talk about their days before finding comfort in each other. It highlights the central conflict of the show – how do the characters of The Walking Dead survive the apocalypse, while retaining their humanity? It’s been a while since we’ve seen an episode highlight this aspect of the show, and it’s a welcome change.