Scott Derrickson has returned to the horror Genre with The Black Phone, an adaptation of Joe Hill’s short story. After terrifying audiences in 2012 with Sinister, Derrickson reunites with Ethan Hawke for a new horror masterpiece. The Black Phone is an unnerving, and anxiety-inducing experience that is held together by powerful performances. There have already been talks of a sequel, and if it’s anything like this, bring on the next outing.

The Black Phone knows how to make you root for the characters on screen while also keeping you on the edge. It Effectively builds tension throughout and creates a very terrifying experience. The performances from the cast are spectacular, and the film keeps jumpscares to a minimum. Hawke is joined by Mason Thames, Madeleine McGraw, Jeremy Davies, and Miguel Mora.

After being abducted by The Grabber (Hawke), Finney Shaw (Thames) finds himself trapped in a basement. His only hope of escaping is a disconnected phone on the wall, which allows Finney to hear the voices of past victims who are determined to keep him safe. Derrickson co-wrote the film with C. Robert Cargill, and the story wins you over due to the compelling sibling dynamic found at the core. Finney and his sister Gwen (McGraw) have a bond that shines throughout the film.

Before diving into the terror, The Black Phone takes a reasonable amount of time to let its audience breathe in the characters. Finney and Gwen live with their moderately abusive father, and everyone seems to be coping with a recent loss. Finney is bullied at school, and Gwen isn’t afraid to defend her brother. The pair get to stand up for each other enough that it tells you how much the characters need each other. 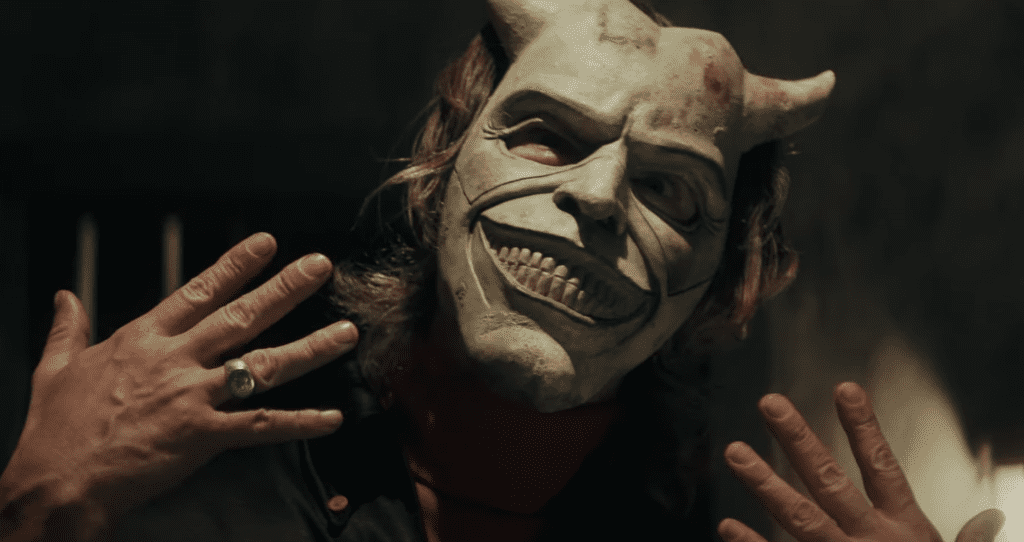 This allows a genuine feeling of concern to develop once Finney is taken. It’s understood that Gwen needs her brother, so I was invested in his safe return. While The Black Phone has an effective device to keep you engaged, it doesn’t deliver many details about The Grabber. Still, the mystery surrounding the character is only enhanced due to the film keeping his story nonexistent. Fans of the Halloween series might also compare the approach to Michael Myers, who is a mysterious force.

Derrickson and Cargill have fleshed out a horrific story with a wonderful message for young children. At its core, The Black Phone is a tale about a young boy learning to stand up for himself and have more confidence. A message that many might overlook during the constant terror on screen. The supernatural aspect is handled well, but some aspects remained vague. It’s implied that Finney and his sister have a gift due to their family history.

McGraw is an absolute scene-stealer as Gwen Shaw. The emotional pain she displays during one sequence is heartbreaking, but Gwen also possesses a smart mouth. A scene, in particular, involving two detectives delivered a hilarious scene of dialogue due to McGraw’s wonderful performance. Thames is incredible as her brother, Finney. Chemistry is present the entire time, and I was sold on these two being siblings.

Thames tremendously captures the pressure Finney feels along with the lack of confidence he wears, which makes him a target for bullies. Hawke delivers a bone-chilling performance as The Grabber. Hawke has been on a roll this year, and this has become my favorite performance of the year for him. He gets lost in the role and becomes this nightmare-fueled child-murdering maniac. 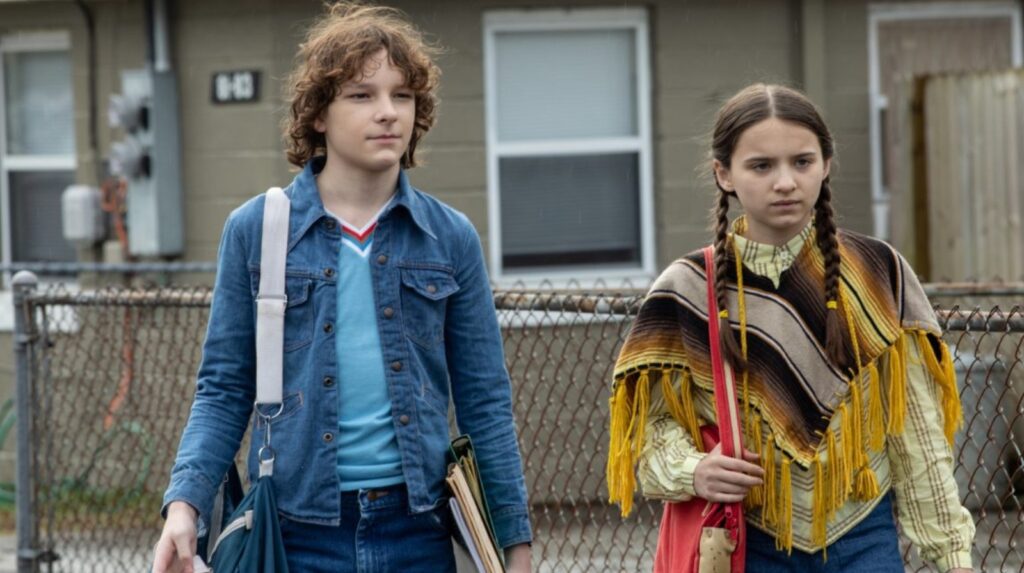 Derrickson’s direction is becoming a noticeable style, and that’s great to see as a fan of his. Borrowing certain aspects from Sinister as a nod such as the Super 8 effect. Visuals in the film are clear nods to his last project with Hawke. Reeling the audience into unexpected jumpscares, that never becomes tiresome or ill-timed. The pacing is handled brilliantly, so events never felt like they were dragging.

Minor logic holes aside, The Black Phone is another solid effort from Derrickson. The child performances are the standout, but Hawke is just as memorable in his role despite the lack of character development. If this sequel happens, I’m curious to see the approach because The Black Phone is an impressive new horror film.

The Black Phone is an unnerving, and anxiety-inducing experience that is held together by powerful performances.Review: The Black Phone shines with bone chilling tale