Transformers: Beast Wars #2 out this week from IDW Publishing introduces more familiar faces from the TV series much earlier than in the original story. The early arrival of such a well-known element of the old show shows the comic is planning ahead. The surprise arrival is made possible thanks to Erik Burnham (Writer), Josh Burcham (Artist), and Jake M. Wood (Letterer).

The Maximals, led by Optimus Primal, and the Predacons, led by Megatron, have crashed on a strange new world and they are not alone. To survive the planet…they’ll have to explore their surroundings and their new bestial alt-modes in search of an advantage. 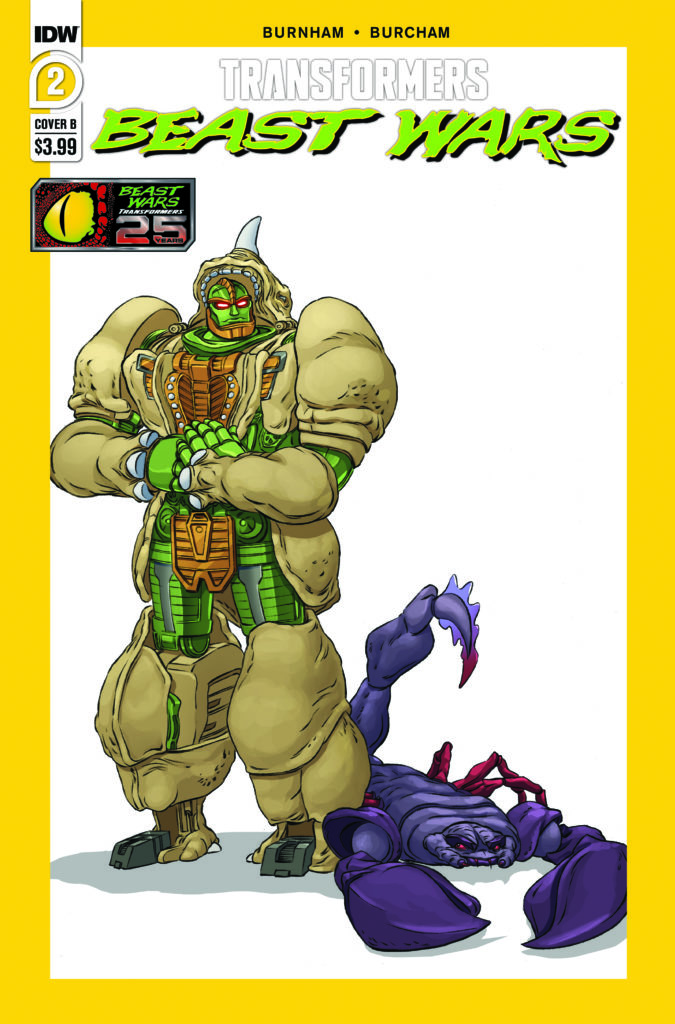 Within the first few pages, the Vok are introduced to the story. The Vok were revealed to be the puppet masters behind many of the mysterious elements in the Beast Wars TV series. In this issue, it is apparent these creatures are aware of and observing both the Maximals and Predacons from the moment they arrive on the planet. This early introduction is another major indication the new comic intends on adding unique aspects to the overall story.

Writer Erik Burnham is slowly re-establishing the story of the Beast Wars. Characters are still trying to analyze their surroundings and figure out what they should do next. The familiar characters are perfectly represented such as Tarantulas is shown to be more concerned with research and Rattrap annoying to his teammates. There is a battle later in the issue though so the issue isn’t without action. 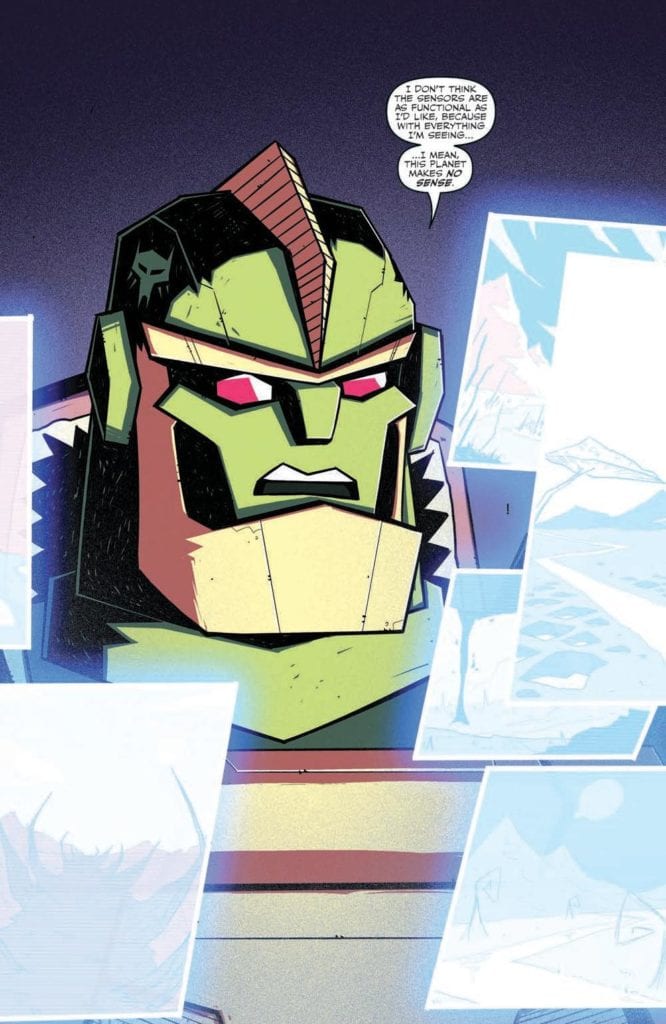 Josh Burcham provides both linework and colorwork for the issue. The linework makes sure to distinguish the Vok are a different race of creatures than either the Maximals or Predacons. Yet, it captures the floating head with tendrils look from the CGI TV show and makes it very recognizable.

Burcham’s colorwork for the issue allows for a subtle fade effect as characters transform into their different modes. The use of more pastel tones on the Vok makes them look unnatural, especially as the other characters become white and black when they appear. It conveys the Vok operating on another plane of existence. 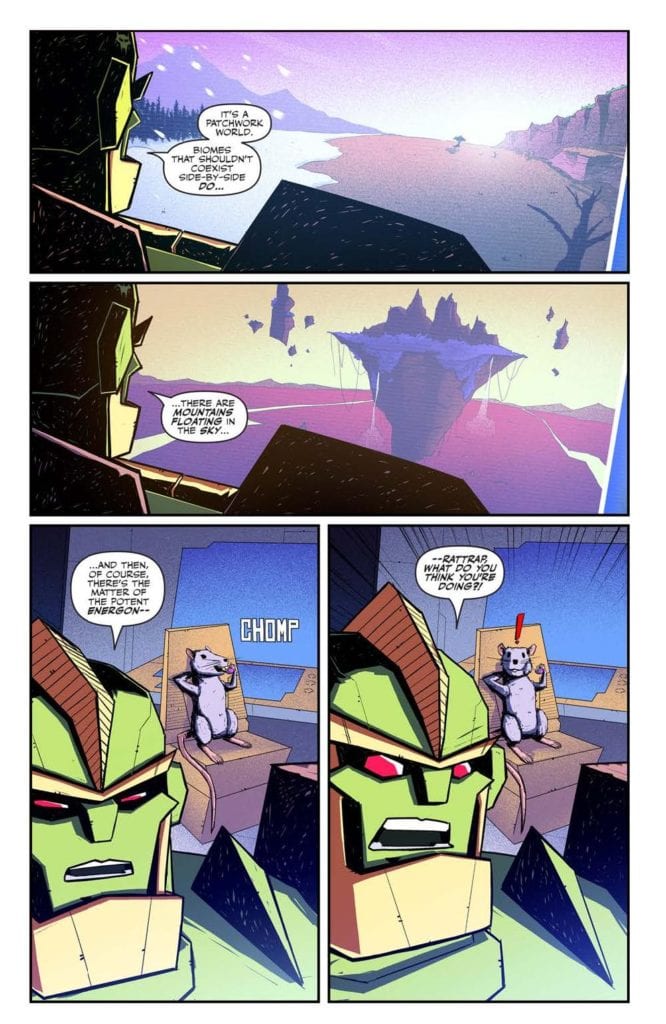 The lettering work by Jake. M Wood offers visually pleasing sound effects and distinct styles for when computers are presenting data to the characters. Strangely, there is no change in font or word bubbles for the Vok. This seems like a bit of a wasted opportunity as they are supposed to be alien beings the Transformers are unaware of. The use of a distinct font could add to their otherworldly aspect.

Transformers: Beast Wars #2 has a nice twist with the early introduction of the Vok but still moves slowly in establishing the familiar story. Still, the revelation the Vok are not only present but are monitoring all events from the very beginning shows ambition. It means the creative team will have to work on some surprises the old school fans won’t see coming.

An early twist to the main story and subtle yet impressive art makes this issue worthwhile. Review: The Aliens Arrive Early In TRANSFORMERS: BEAST WARS #2