From Marvel – The most shocking and incredible comic of 2019 is here as J.J. ABRAMS (STAR WARS, STAR TREK, SUPER 8) and his son HENRY ABRAMS are joined by superstar artist SARA PICHELLI (MILES MORALES, GUARDIANS OF THE GALAXY) for SPIDER-MAN! What do they have planned for Peter Parker and Mary Jane Watson?! Who is Cadaverous?! The Modern Master of Mystery Makes His Marvel this September! 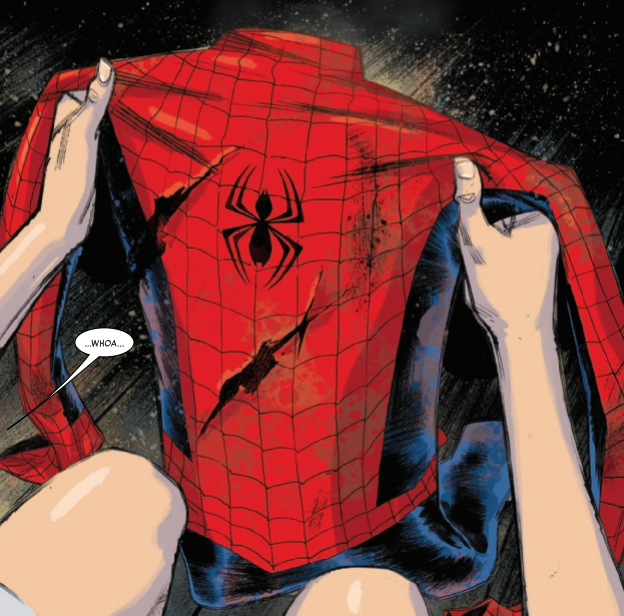 If we told you anything about the story, it would ruin the issue for you. After you read the issue, we can talk about plot-points in the comment section below.

Narratively the story is well-executed and moves at a great clip. The ending with Ben discovering his powers (come on, we all saw that coming) is familiar but still written well enough to capture a bit of awe. The last panel effectively left me wanting more. How the Abrams’ portray Peter Parker was strange at first; it is hard to see him in his current situation. But the book draws out your compassion and makes you reflect on how you’ve read Spider-Man books whether you’re a newbie or have been with Peter since the beginning.

The overall feeling of looking through the book is not unlike watching an Abrams film. There are significant moments punctuated by some wide, big layouts that are truly cinematic. Yet, there are quiet character moments that require tight panels and face shots that carry the drama.

No doubt this is a GORGEOUS book. Sara Pichelli is one of the premier comic artists, and she’s just excellent here. Pichelli’s pencils are loose, yet still clean and crisp. There’s an energy to them when needed, but static images still hold a lot of pause and stillness. But they all feel immediate as if they were just put to paper seconds ago.

D’Amico adds weight with the inking assist, adding a heaviness that helps the tone of the story. They also give some fluidity to the pencils.

When you add in Dave Stewart’s fantastic colors, you get a beautiful set of pages filled with some incredible designs, layouts, and palettes. The lettering by Carmagna is also a treat. 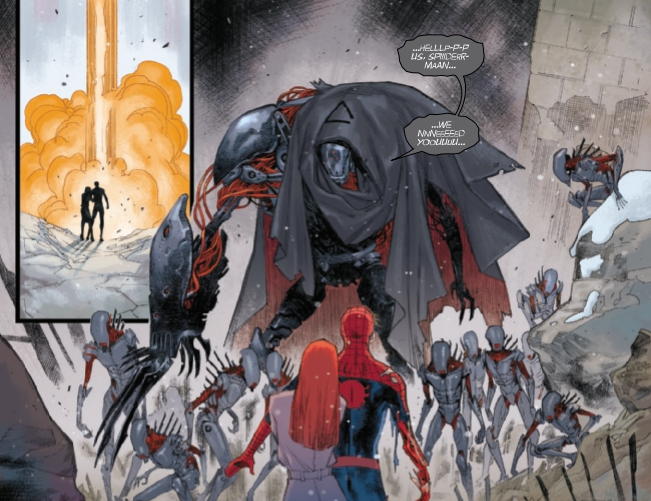 Spider-Man #1 is a good book and is well worth a purchase and a read. Yes, the Abrams father and son combo as writers is a bit of a stunt, but the story actually pays off and delivers the emotional impact we expect from Abrams. All we’re missing is ‘lens flare’ and some awesome Michael Giacchino score. When you add in the beautiful art, it becomes a must buy. Grab it at your local comic shop on September 18.

'Spider-Man' #1 is a good book and is well worth a read. When you add the beautiful art it becomes a must buy. Review: SPIDER-MAN #1 - J.J Abrams And Henry Abrams Take Spidey In A Bold New Direction