Review: SPENCER & LOCKE 2 #4 – It All Comes Tumbling Down

Spencer & Locke 2 #4 is out this week, concluding the thrilling Action Lab: Danger Zone series, and hoo boy do things sure happen.

Locke and Spence make one last effort to end Roach Riley’s reign of terror, and things will never be the same. The series is written by David Pepose, with art by Jorge Santiago, Jr., colors by Jasen Smith, and letters by Colin Bell.

First off, huge congrats to the entire creative team for pulling off such an exciting and jaw-dropping sequel series. Spencer & Locke 2 is the Dark Knight, the Empire Strikes Back, or the Toy Story 2 of comic books, whichever you prefer. It took everything that was great about the first volume and somehow made it even better. The stakes were higher, the characters became fuller and more real (even the seven-foot tall talking panther), and the payoff hits harder. Sequels aren’t easy to pull off, but these guys made it look easy. 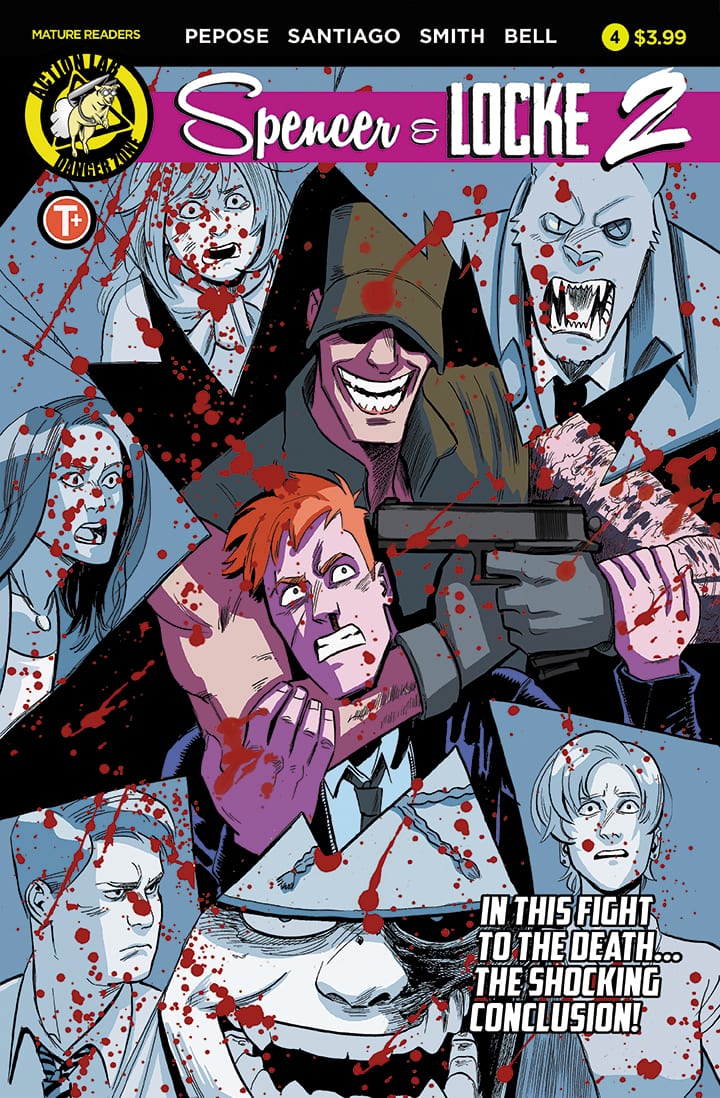 The art team pulls out all the stops with issue four. Santiago’s depiction of Roach Riley in this conclusion is downright terrifying. It’s like the villain has transformed over the course of the series and he’s finally reached his final demonic form. There are several panels that will send a chill down your spine. And on top of giving you nightmares, Santiago also delivers the kinds of emotion you would expect from a finale. It’s so hard to talk about without spoiling anything (and trust us, you do not want this issue spoiled), but between Santiago’s pencils and Smith’s intense, explosive colors, you’re going to feel a lot of things deep in your gut while reading this comic.

Pepose knows how to pace a series like a pro. I’ve read six-issue series where I felt like the writer didn’t have enough time to tell their story effectively. Pepose, meanwhile, managed to tell a fulfilling story in just four issues. All the characters managed to have a satisfying arc, plot threads got tied up in ways that did not feel rushed, and the story actually has an end instead of leaving you wanting more (well, it does leave you wanting more, but in a good way, not in a “shit, THAT’S how they ended the story??” way). 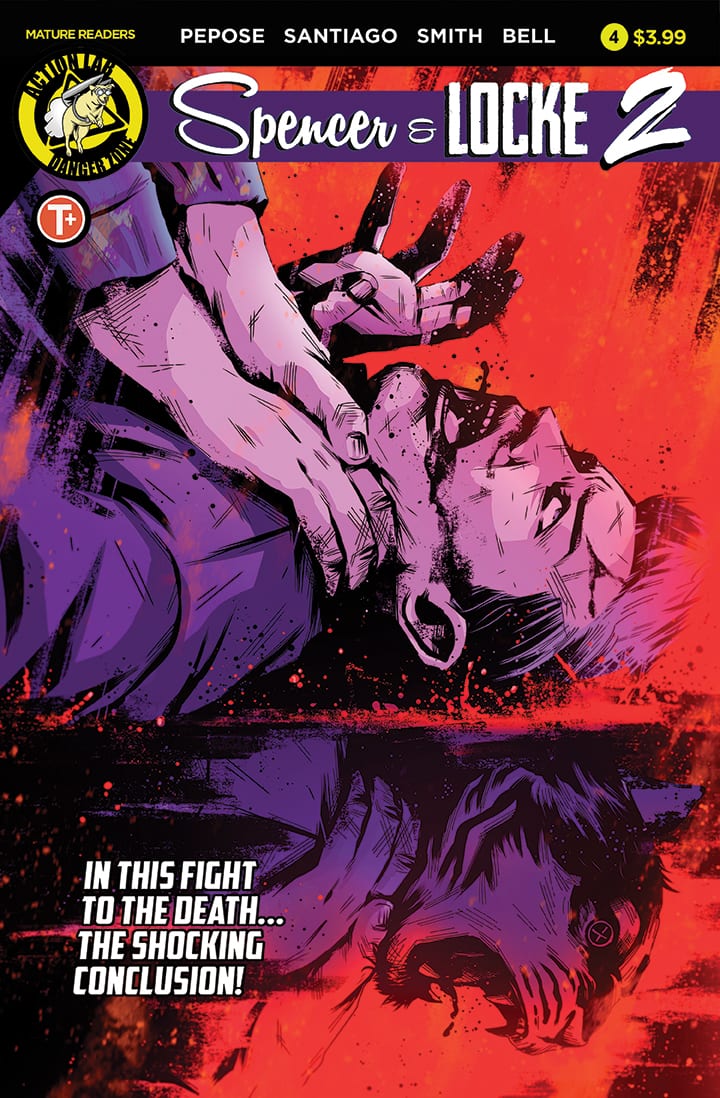 While the story itself is enthralling, the strength of Spencer & Locke is always its characters. As mentioned, everyone from Locke to Melinda to Roach to Hero feels fully realized in this issue. They all have an arc, and they all feel real. Pepose and Santiago have made readers care about these people; they’ve made us fear for their safety and their sanity. Yes, even Roach. As villainous as he may be, Roach has proven himself to be a sympathetic and complex antagonist, which is all you can ask for in a story. You can’t help but feel bad for him.

This is a series about trauma; it always has been. It’s about how we learn to accept and live with our scars. That’s not an easy thing to do, and Spencer & Locke doesn’t pretend like it is. This finale doesn’t tie everything up with a pretty bow and say “There you are! Everyone’s cured of their problems and living happily ever after!” No; it’s too honest a series to do that. It takes a real approach to the topic, and that kind of honesty is much appreciated. Reading this series may hurt your heart at times, but no more so than real life might. A series that evokes true emotions like this is truly something special.

Spencer & Locke shows us the best and the worst of humanity. It explores our weaknesses and our vulnerabilities. It makes us feel. This volume concludes with fiery intensity that you won’t want to miss.

What did you think of the Spencer & Locke 2 finale? Let us know in the comments! 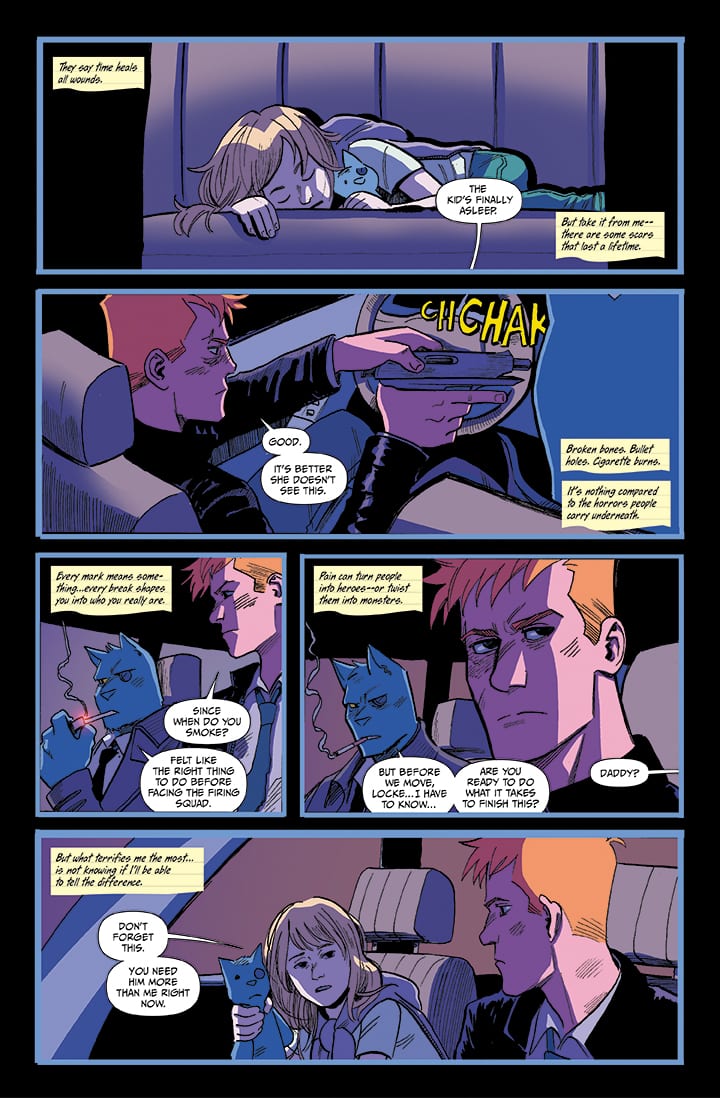 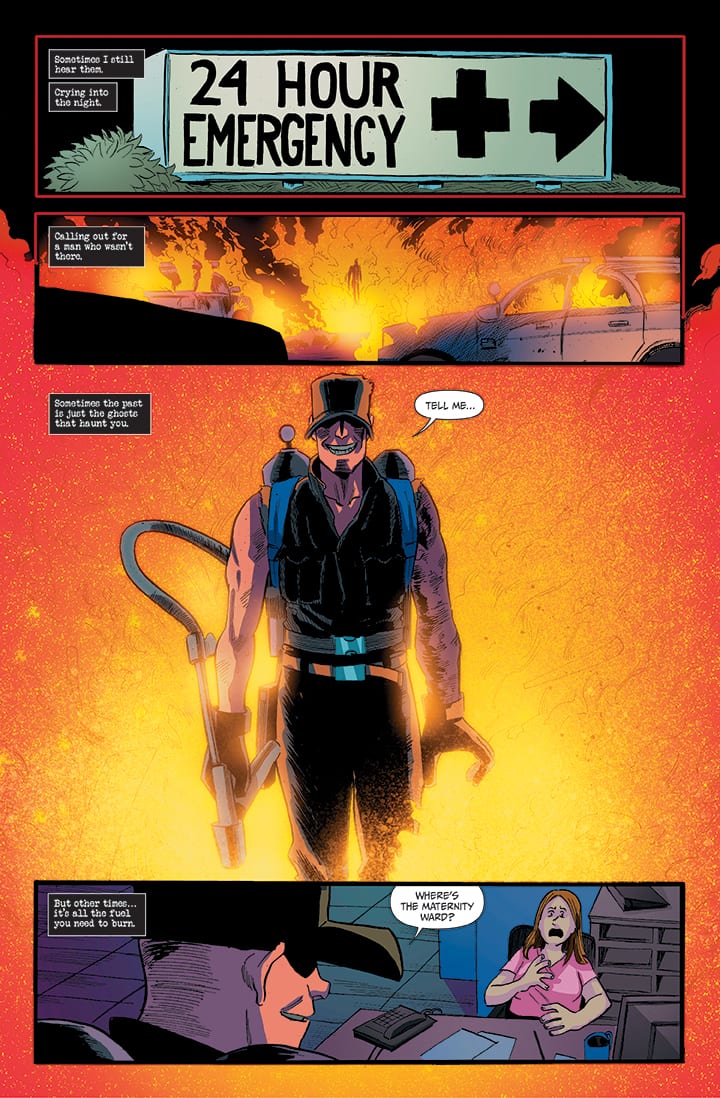 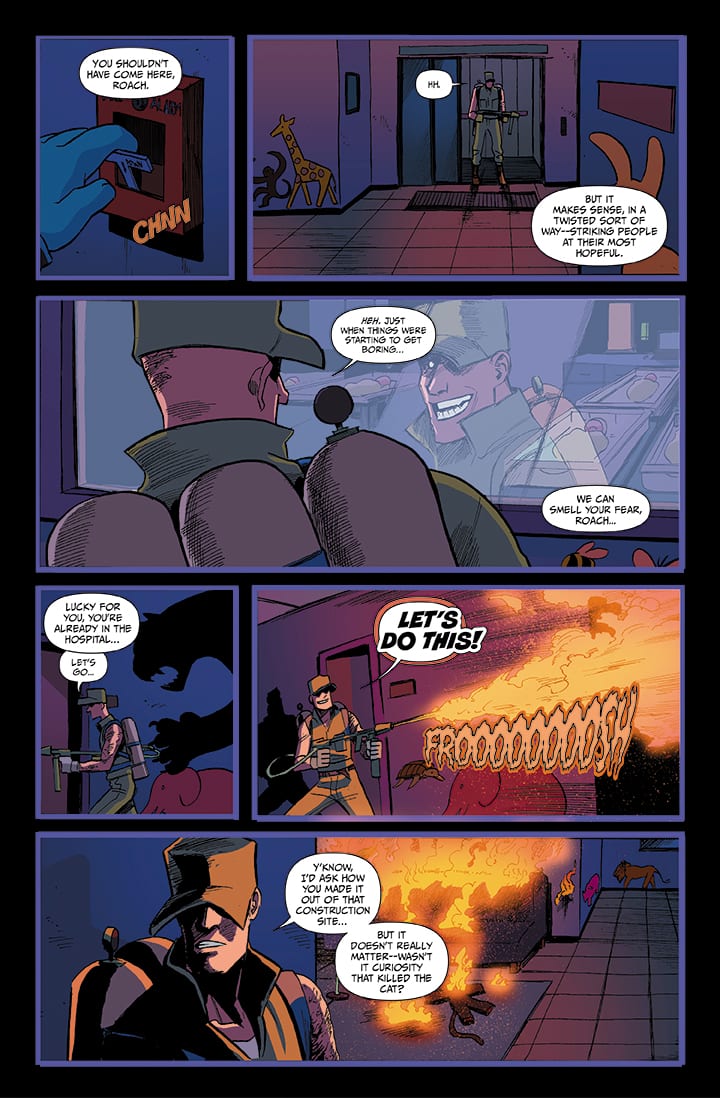 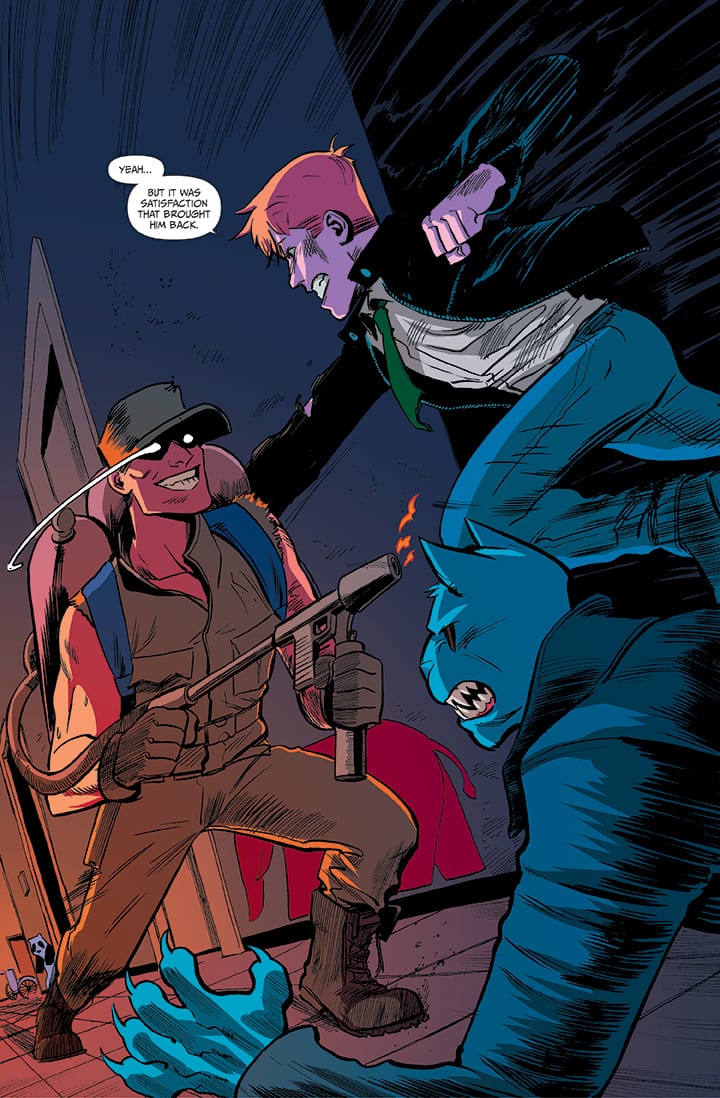 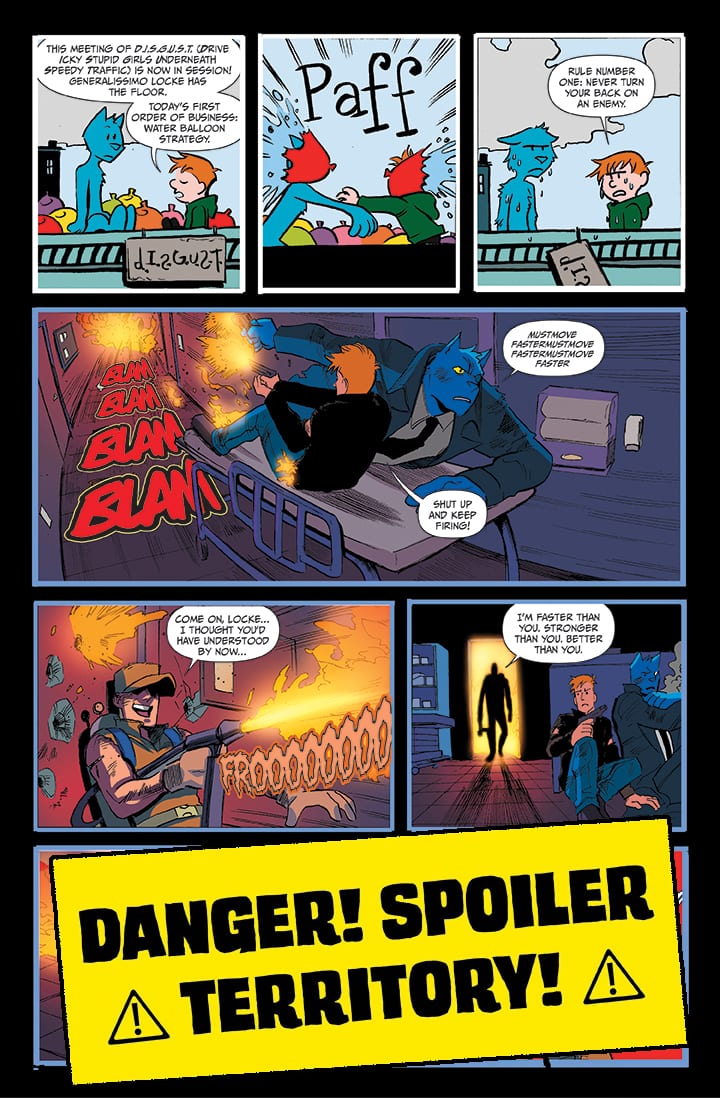 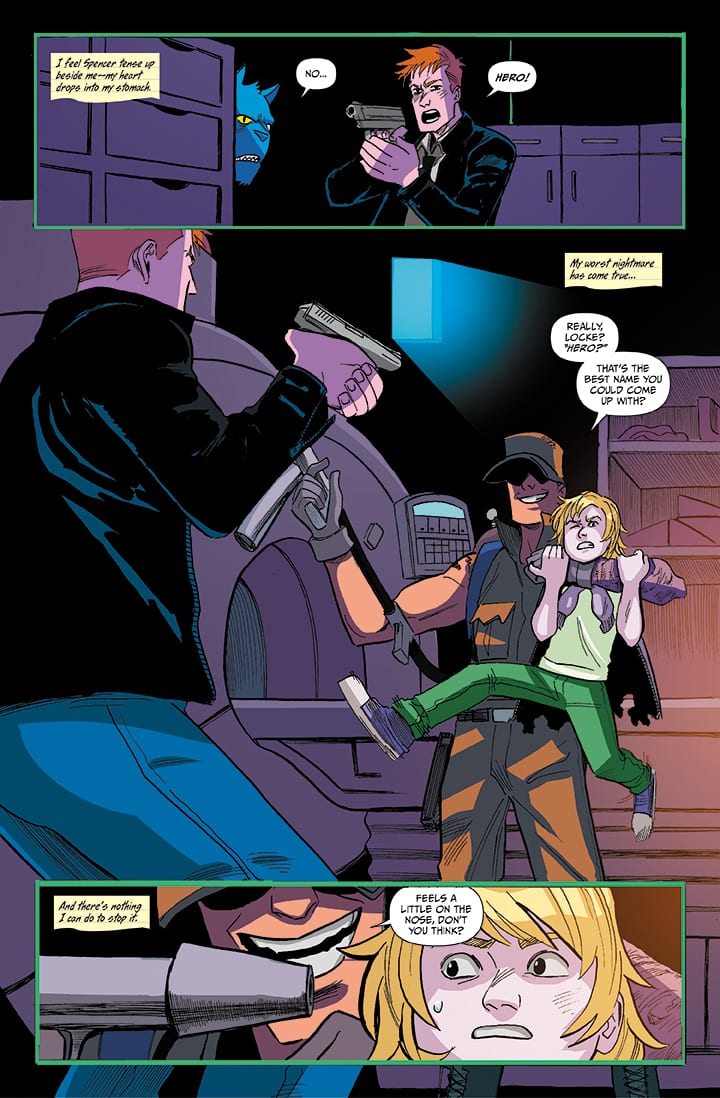 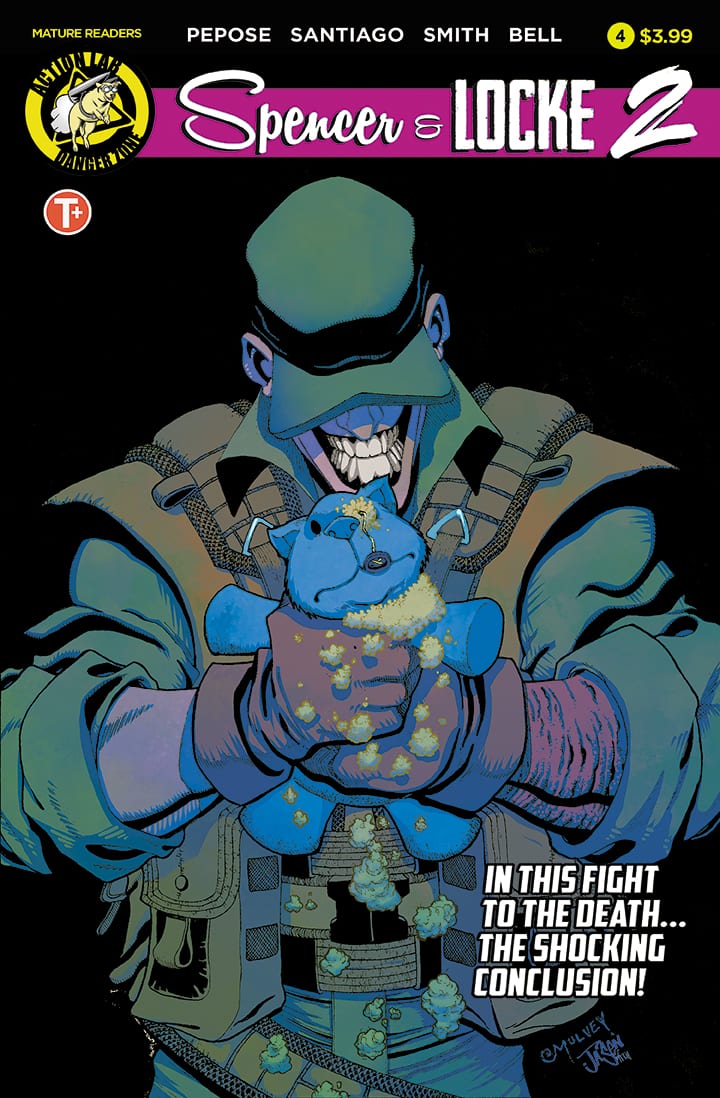 Spencer & Locke 2 is the Dark Knight, the Empire Strikes Back, or the Toy Story 2 of comic books, whichever you prefer. Sequels aren’t easy to pull off, but these guys made it look easy.Anthony Composto - EICReview: SPENCER & LOCKE 2 #4 - It All Comes Tumbling Down