Chip Zdarsky writes, draws, colors and inks Spectacular Spider-Man #310, an emotional and heartfelt issue that perfectly captures what makes the old Web-Head such an enduring, inspiring and relatable character.

When filmmakers set out to document Spider-Man’s impact on New York City, they couldn’t have predicted what was going to happen to them next.

Spider-Man, aka Peter Parker, has always been one of comics most enduring characters. In the right creative hands, Spidey becomes infinitely relatable. The creators who get what makes Spidey work know that it’s not the powers, or the origin, or even the Rogues Gallery (though Spider-Man does have some of the best villains in comics) that make for a good Spider-Man story. What makes for a good Web-head tale is what’s under the mask; Peter Parker. Chip Zdarsky is one of those creators. And although he has written Spidey before (and it has been good and fun) Spectacular-Spider Man #310 is not only his best issue yet, it’s one of the best and purest Spider-Man stories you will ever read.

In just 28 pages Zdarsky, using a clever ‘documentary’ framework shows us Spidey through the eyes of a few people (including Peter Parker’s). What unfolds is a story that runs a full gamut of emotions, from tragedy to action, to comedy and even suspense. You won’t get any spoilers here, but the ‘main’ story that runs through this issue is pretty gut-wrenching and features not a single supervillain or super-crime. Just a mother, her son, and the impact Spider-Man had on their lives.

It’s not all doom and gloom though, as Zdarsky, ever the humorous and clever writer, creates some great visual gags, jokes, situations and one-liners. And who doesn’t love seeing classic Spidey sporting a backpack (see the image at the top of the page)!

But what links everything is the heart and soul that is felt on every page. Spider-Man is many things to many people in New York, he’s everything from a menace to a hero. But something all can agree on is he is New Yorker, and his love for his city, his neighborhood and his people is unique among not just the Marvel Universe, but the entire medium of comics as well. Can you even think of another character that can even use “Your Friendly Neighborhood…” before their name? Didn’t think so!

You could talk at great length about this issue, but the very best thing you can do is pick it up and read it. It’s a standalone issue that can be read by just about anybody, and it should. This is a classic Spidey story, the kind that will be collected in ‘Best Of’ trades in years to come. Grab the single issue so you can say you read it when it was new. 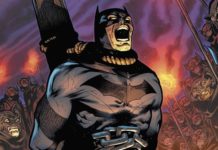 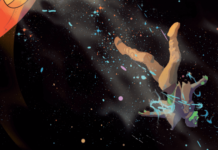