RONIN ISLAND #11, available in stores on Wednesday, March 11th, sets the stage for the conclusion to this brilliant saga. The islanders find themselves on the defensive as the nefarious Shogun’s forces edge closer to their home. Hana and Kenichi are the first to rush after them, but can they prevent an invasion by themselves? Will they have to sacrifice the ideals of the Island to do so? 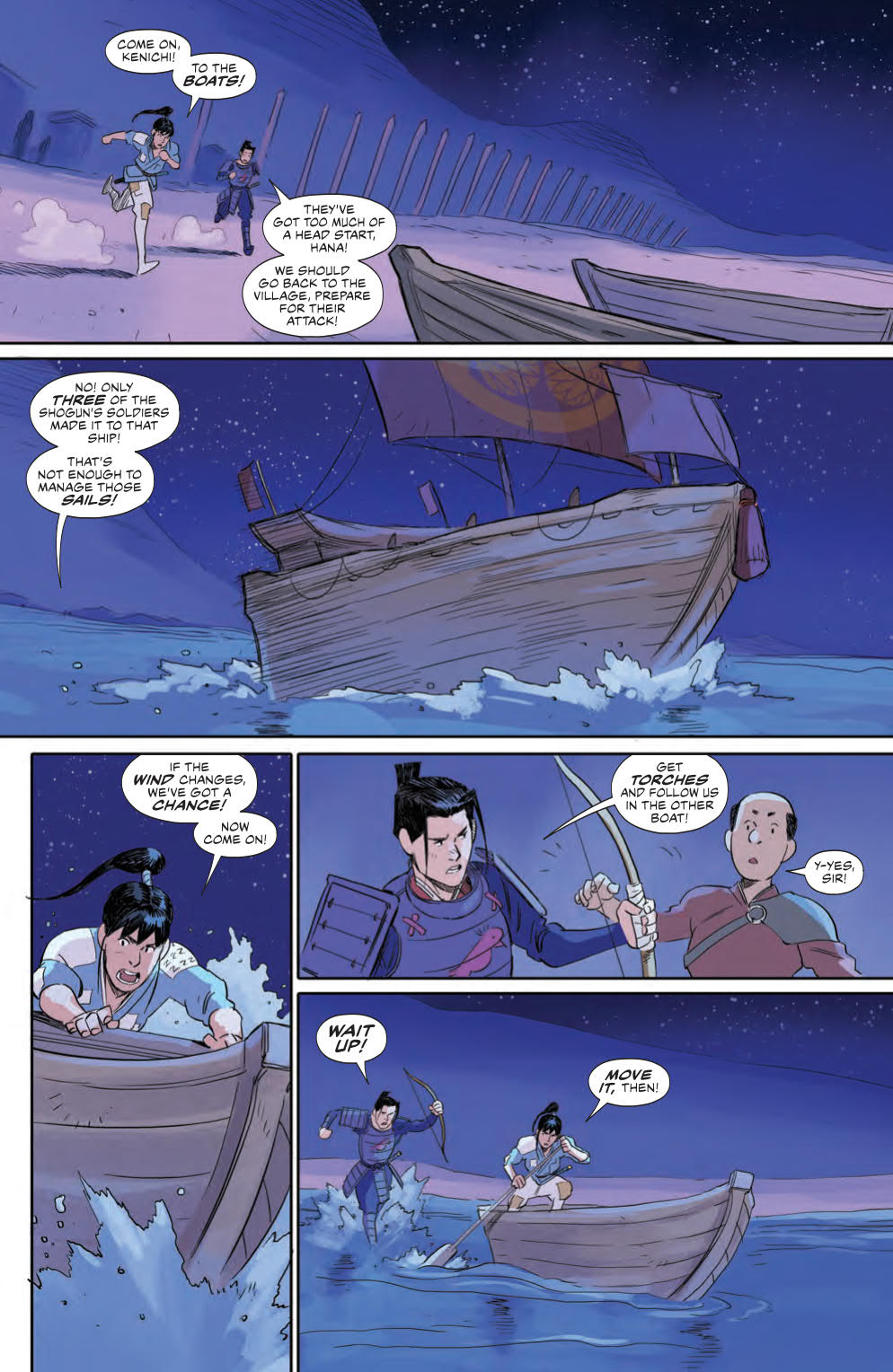 The story opens with Hana and Kenichi in hot pursuit of the Shogun’s enemy ship, knowing it could return with the rest of the army. The two take a boat and pretend to capsize it, only to use it as a shield against the soldiers’ arrows in a brilliant tactical maneuver. 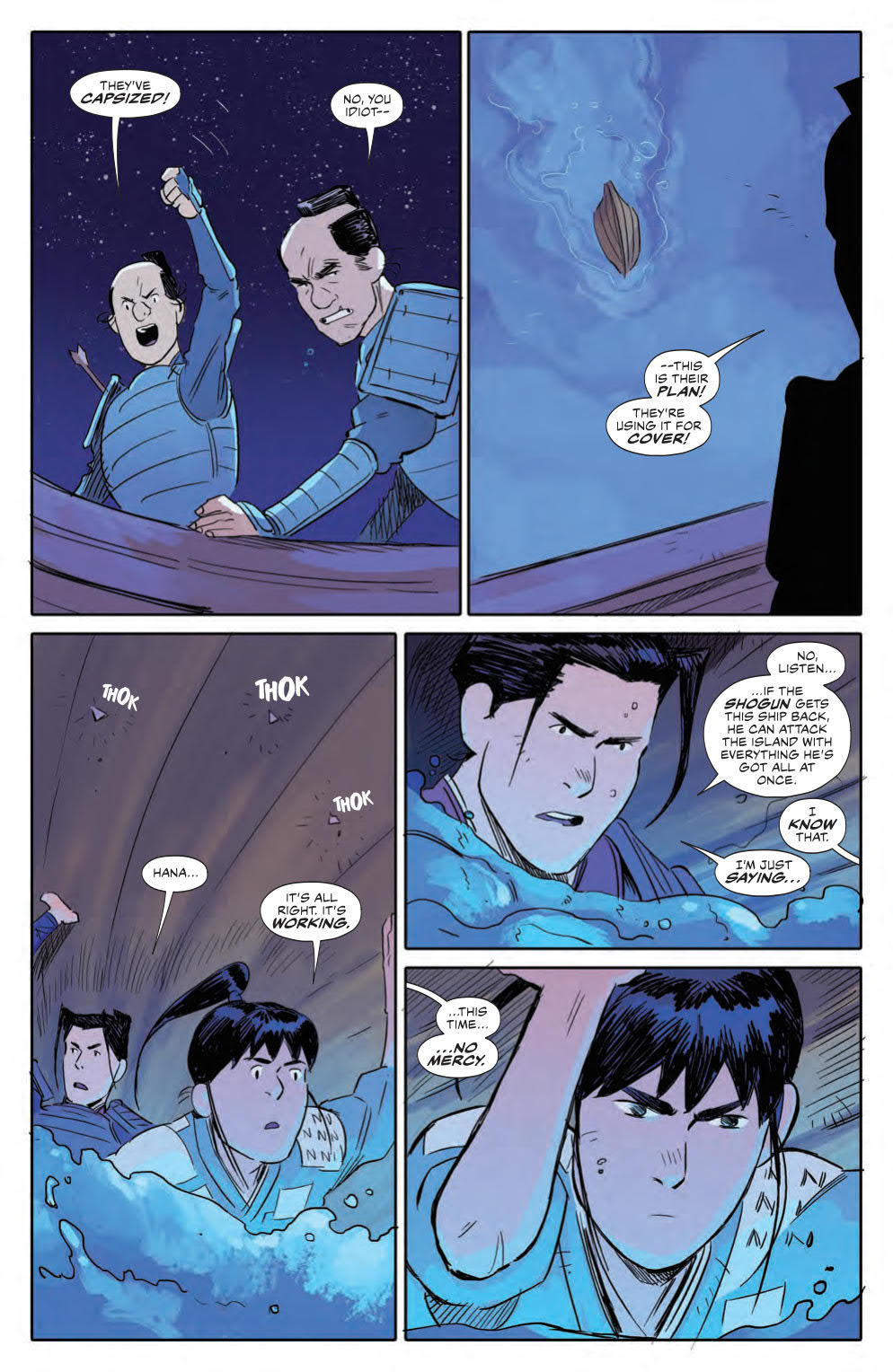 Back on the island, Elder Jin and the Island have declared full-out war against the Shogun’s men. They’ve become so fervent in their aggression that they’ve refused to grant mercy even to the soldiers they’ve subdued. After subduing the Shogun’s soldiers, Hana pleads with Jin to stop a planned execution of the captured men.

Writer Greg Pak’s storytelling continues to amaze, ramping up in intensity as we near the conclusion of his RONIN ISLAND saga. Readers will contemplate the ethics of war as they witness Hana plead to save those refugees who once sought to destroy her own people.

Giannis Milonogiannis’s penciling and ink work, Irma Kniivila’s coloring, and Simon Bowland’s lettering worked extremely well together in this issue. The simple yet elegant lines makes it easy for readers to follow the events while maintaining a sense of relatability; its quite remarkable how well each character can portray a variety of complex emotions. We also loved the cool coloring used for Hana and Kenichi’s fight in the ocean, which served as a nice contrast to the warm colors of the fire-based attacks. And the lettering, instead of distracting readers from the illustrations, blends in with each panel as if it were a part of the landscape itself. 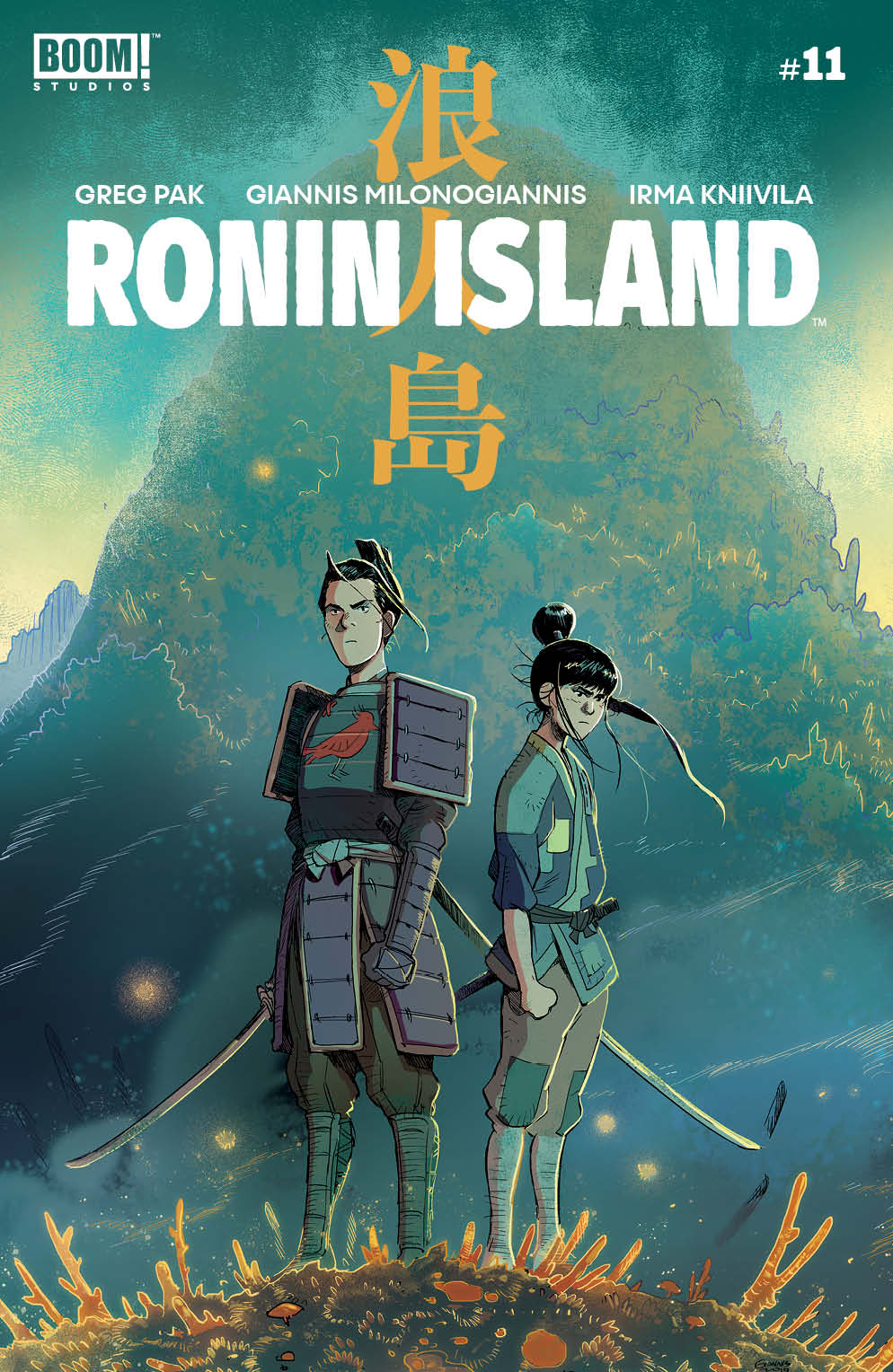 Milonogiannis and Msassyk’s main cover illustration features Hana and Kenichi. We’re emboldened by their warrior stances in front of the Island backdrop, solidifying their roles as its true protectors. 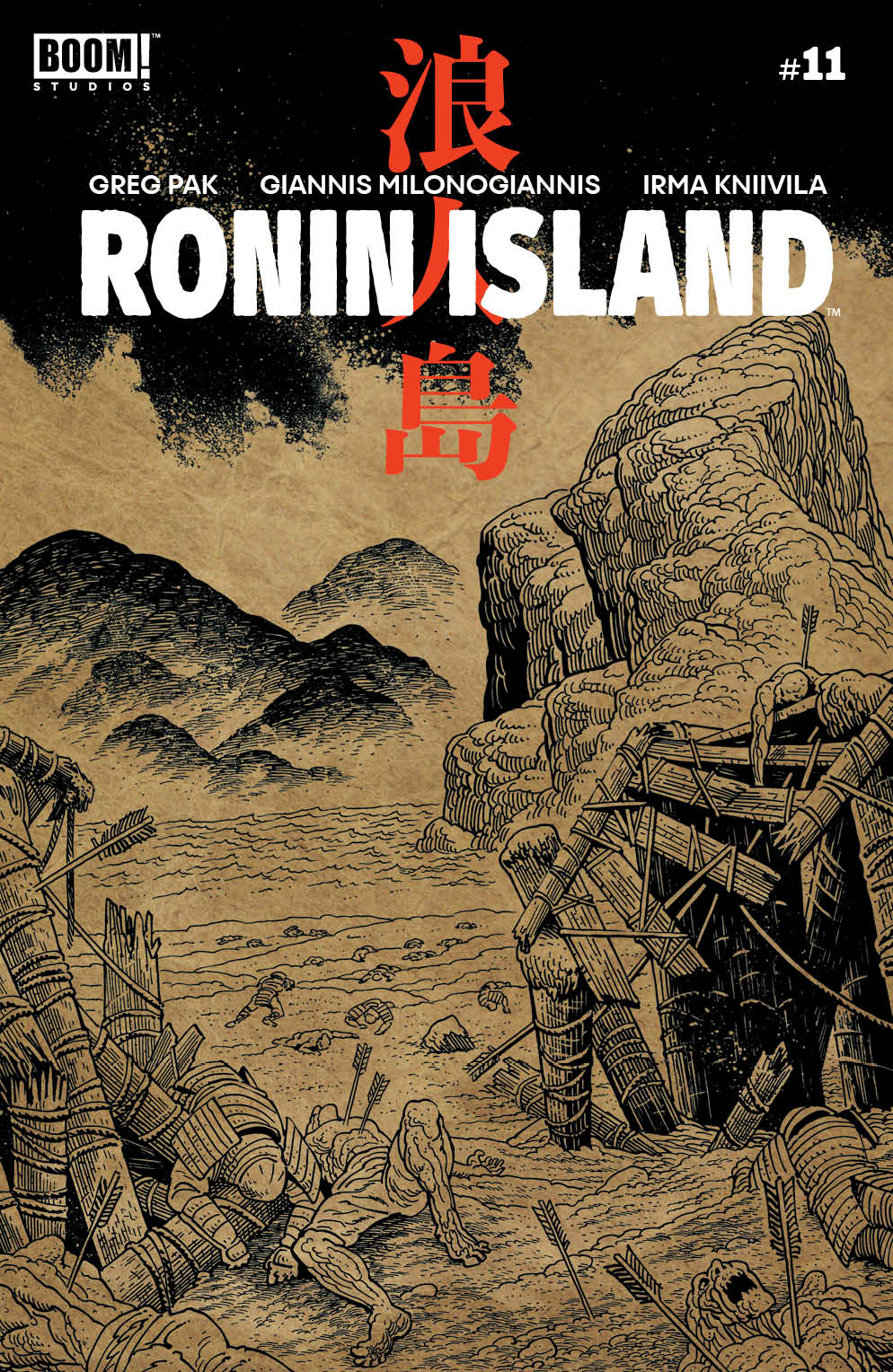 Ethan Young’s preorder cover depicts a bleak view of the Island in ruins, leading readers to wonder if this is the land’s ultimate fate.

RONIN ISLAND #11 was an intense and enjoyable read; we can’t wait to see how the team wraps up this brilliant story in the next issue.

Do you think the Island will have enough strength to take on an army of the Shogun’s soldiers and Byonin? Let us know in the comments below!

Review: RONIN ISLAND #11 — Who's The Real Enemy?Writer Greg Pak’s storytelling continues to amaze, ramping up in intensity as we near the conclusion of his RONIN ISLAND saga.