Roku #4 is the finale to a mini-series detailing the redemption of Roku, rival to Ninjak. Unfortunately, this story of a mercenary features way too many similarities to the rest of the Valiant universe. From the mercenary work of Ninjak to the redemption angle of Bloodshot. 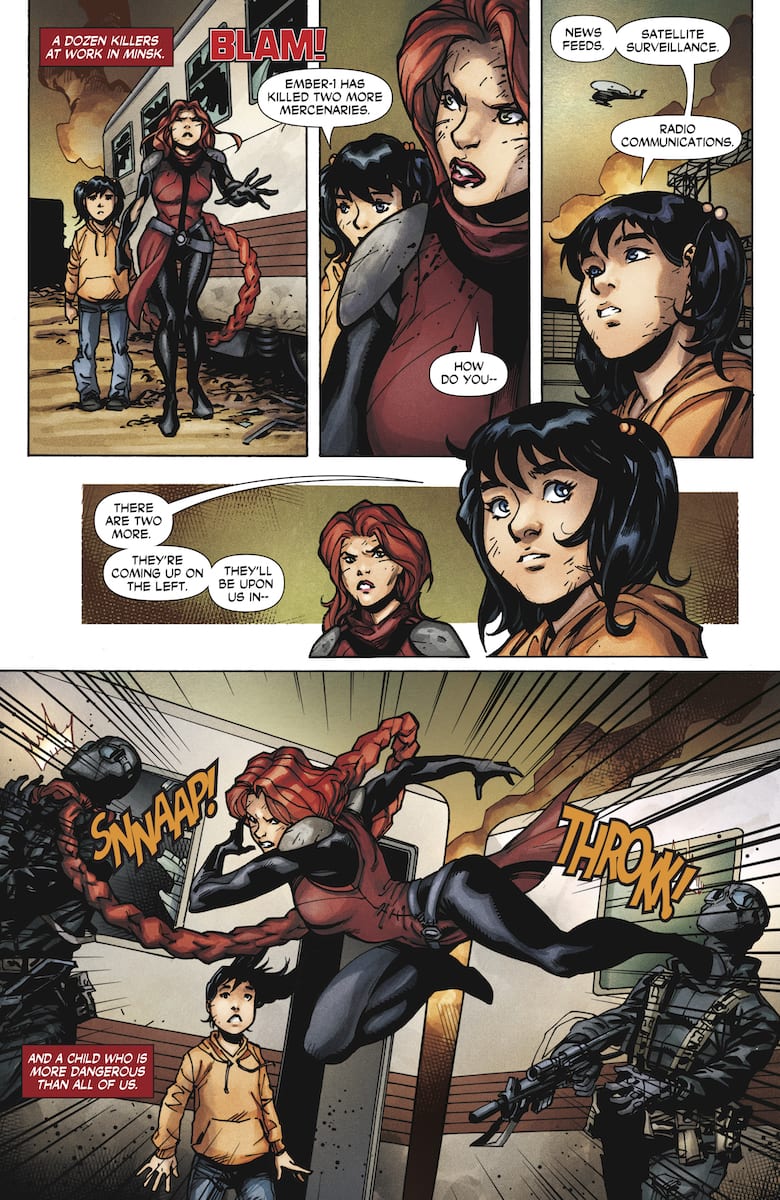 Formerly known as Angelina Alcott, Roku has broken free of her former employers, the Shadow Seven and Weaponeer. Taking a page from her old flame and rival Colin King, Roku becomes a mercenary. On her first assignment, Roku has to secure an asset to her client. The asset turns out to be an augmented child who acts as an information receiver. So Roku fights to ensure Marybeth stays out of the wrong hands. As you can see, there are parallels to Bloodshot Salvation but without any of the relatable stakes.

The conflict of Roku #4 feels driven purely by the admittedly impressive action. Not a bad thing on its own thanks to flashy abilities, but it feels hollow. Marybeth doesn’t feel all that compelling; how can a kid who has barely been in conflict be okay with seeing death all around her? Marybeth doesn’t even seem to be much of a personality for the reader or Roku to empathize with. The only reason the series progresses at all is because of what happens to her. This is essentially the same as a video game escort mission NPC, ergo a plot element.

Roku herself makes up for Marybeth for both her newly found compassion and her quick thinking. After seeing how Roku’s journey from before changes her, it’s nice to see compassion come out of this assassin. Unfortunately the surprise ending feels on the nose when Roku speaks part of her plan out loud. So if the writing’s not that great what about the artwork?

Ramón F. Bachs artwork shows its limitations at various points in Roku #4. While being able to draw the same character model over and over again is becoming common, his inking process shows how much he overcompensates through shading. In the right time and place, it can emphasize feelings like how menacing the Minister of Blades is. Most of the time, however, it feels like half the world is blackened in broad daylight. Yet Bachs’ art is actually some of the better artwork of the series.

What color there is by Stéphane Paitreau feels monotonous if not out of place. Had it not been for Bachs’ inking, certain areas would’ve blended in too well. The dark red smoke and setting sun against Roku’s hair, for example. Sometimes the colors exaggerate effects such as a head slamming against a wall that appears to create a small explosion. That didn’t even need to happen thanks to the panel having a slamming effect and lettering. 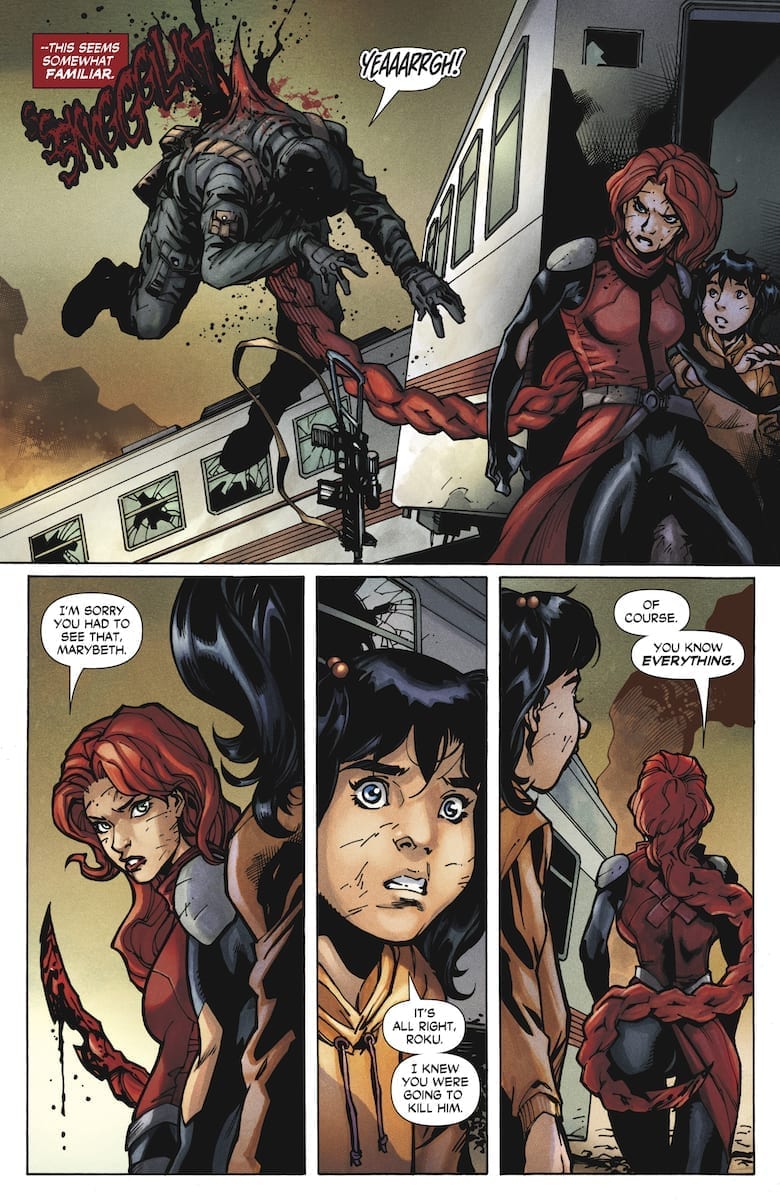 The decorative sound effects by Dave Sharpe are in fitting places with some of them acting as extensions of the characters. Red and black for Roku’s hair while guns have a signature sound to certain models. When it comes to captions and speech bubbles, they tend to scatter about. So much so, that at times it gets hard to focus because of the lack of curvature. Sometimes a few speech bubbles don’t even need to be around to make a reading path.

Roku #4 is certainly not the worst thing Valiant has ever released, but so much of its potential feels wasted. Instead of a character trying to compete with some of Valiant’s heavy hitters smartly, it’s more like Roku is using what works for them without context. The artwork perfectly reflects this, there is so much room for employment, but the people behind this are cutting corners. Despite what little character development she gets, it doesn’t seem worth getting this issue. The Ninjak ad near the back practically serves as a way of telling readers that Roku drove them back to him.

Review: ROKU #4 Trying Too Hard to Break Away From NinjakRoku #4 is the finale to a series that tries too hard to recreate past success and becomes a great big mess.