Review: Preparing For Boss Battles In SONIC THE HEDGEHOG #26

Preparations for a major battle begin in Sonic The Hedgehog #26 from Ian Flynn, Evan Stanley, Priscilla Tramontano, Matt Herms, and Heather Breckel. Does the issue drag from all the build-ups or is there something more for the readers to enjoy?

“All or Nothing,” Part One. This is it. The few remaining fighters from the Restoration and their allies are ready to launch a final assault to reclaim the Chaos Emeralds and finally eliminate the Metal Virus. 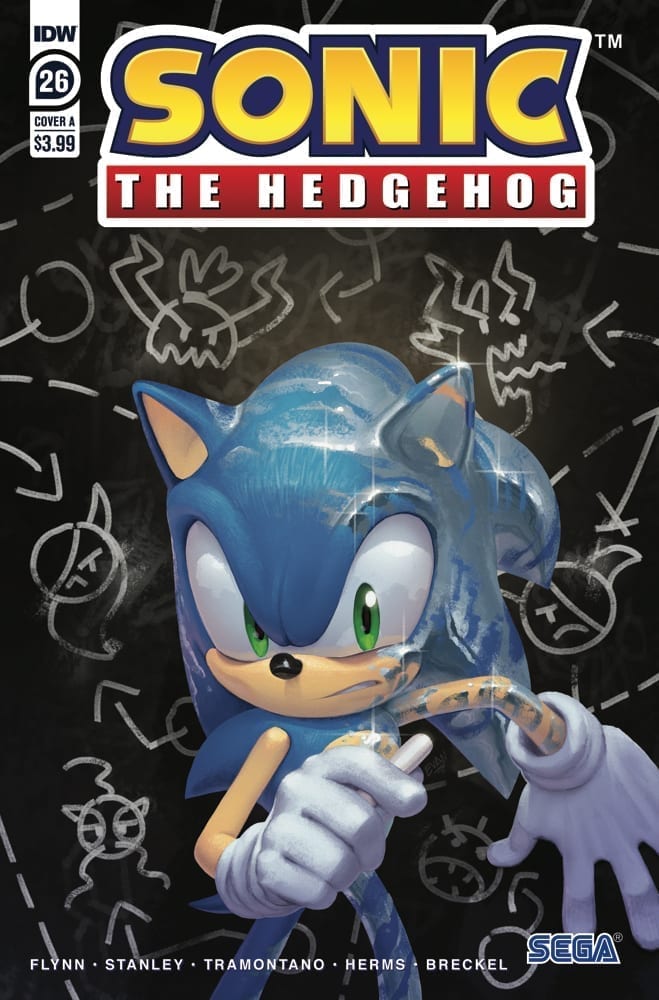 This issue offers a perfect setup for a boss battle. Sonic gives a down the Deadly Six and what his allies can expect when they face them in combat. Each of the allies is paired off with the opponent they have the best chance of defeating but it becomes clear very quickly it will not be an easy operation. The issue offers a perfect amount of build-up and payoff to the action scenes which will come in the next set of issues in this arc.

Ian Flynn makes sure to add a bit of character development to this issue and not simply make it the setup for future action. In the middle of the tension, there is a great bit of dialogue as Sonic takes the time to express his disappointment in Metal Sonic for returning to Eggman’s side. In response, Eggman plants the seeds of doubt in Sonic, insisting he may have been responsible for helping to spread the Metal Virus. Hopefully, these points will be touched upon in later issues.

The artwork by Evan Stanley and Priscilla Tramontano pays a lot of attention to the little details. Characters showing exhaustion and brief moments of peace are littered throughout the issue. There are also a few humorous expressions to break the tension and allow for some comedy to occur.

The colorwork by Matt Herms and Heather Breckel allows for impressive special effects. The portals the characters are using to teleport to their opponents are especially impressive. This is only outdone thanks to perfectly blending the camouflage ability of Espio the chameleon.

The Lettering work by Shawn Lee helps to perfectly deliver all the important dialogue the issue possesses. Proper balance like this can often be hard to obtain as if too much dialogue is present in any one panel, the reader will feel overwhelmed. Thanks to proper placement, no one panel feels too crowded but a lot of information is still delivered to the reader.

Sonic the Hedgehog #26 is a fantastic in-between issue. It helps to set up the fight scenes and emotional problems coming down the road. At the same time, it feels like a great starting point as it reminds the audience what has happened until now without a major feeling of missing out on the big picture. For those who enjoyed the new Sonic the Hedgehog film, this would be a perfect starting point for jumping into the comic series.

Review: Preparing For Boss Battles In SONIC THE HEDGEHOG #26The issue offers a great atmosphere through art and story setting up the upcoming battles.