Marry Me is the most recent romantic comedy that offers a fun feel-good experience. Jennifer Lopez and Owen Wilson’s chemistry keeps the film charming and lighthearted. The film tackles stardom and a surprisingly engaging look at two people falling in love. If you are a fan of the rom-com genre then Marry Me will be enjoyable from start to finish, but it’s also more of the same.

This is the most fun I’ve had with this type of film in recent memory, so it was refreshing to see two talented performers carry the film’s narrative. Marry Me is a film that seeks to warm your heart and it succeeds. Its simple premise will hit a soft spot for many that decide to watch, it doesn’t overstay its welcome, and Lopez’s vocals remain delightfully soothing. Marry Me is directed by Kat Coiro and follows pop superstar, Kat Valdez (Lopez), who marries a stranger, Charlie Gilbert (Wilson), after her fiance’s affair is revealed during her ceremony. 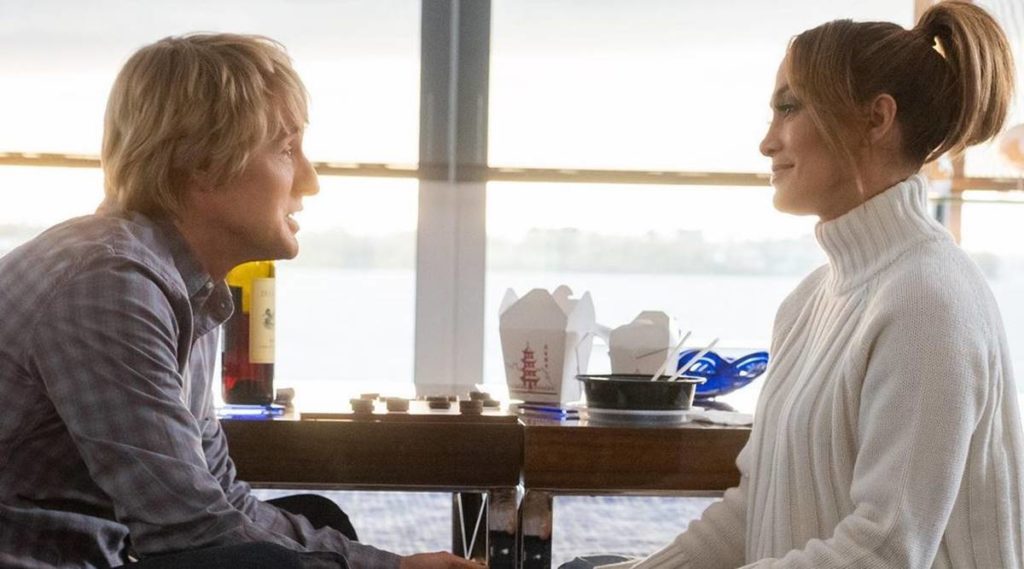 Kat and Charlie come from completely different backgrounds, yet share so much in common when they spend time together. Their moments of bonding speak to how celebrities are just like “regular people” underneath all the fame and constant attention. Charlie has failed at marriage before, so his sudden attachment to Kat seems like a way for him to cope and prove he isn’t a failure at love. However, as the narrative progresses, both characters seem genuinely invested in each other.

What began as a publicity stunt to retain Kat’s image and one up her ex-fiance becomes a new chance at love for Charlie and Kat. Admittedly, Charlie seems more invested in Kat at first, but the affection becomes mutual over time. Marry Me lets you grow interested in these characters resolving their sources of pain, lifting each other, and then taking another chance at love. Lopez is captivating as Kat Valdez, a stylish but kind-hearted popstar that falls for a math teacher who just wants to be a good father to his daughter. 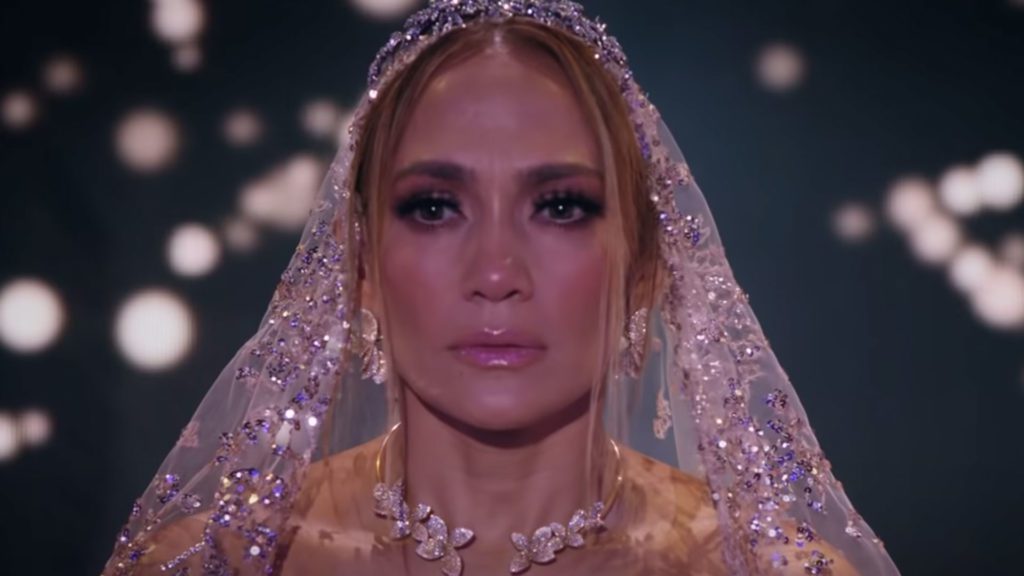 Both actors manage to portray a vulnerable side so well that it adds weight to Charlie and Kat’s growing relationship. The film briefly addresses the pressure stars can have from social media, which speaks to today’s current trends involving many celebrities. Kat’s sudden acceptance of a proposal on live television probably wouldn’t have happened if her image wasn’t in jeopardy due to the affair. The film also includes beautiful new additions to Lopez’s discography that adds emotional weight to her character’s road to love.

Marry Me just doesn’t offer anything new to the genre, which isn’t a major problem when considering the chemistry Lopez and Wilson share on-screen. It’s going to end how you think it does, but the fun and moments of laughter along the way make it worth a watch. There are some great set designs featured throughout, and Kat’s wardrobe is impressive as well. If I had to watch one romantic comedy over and over again, it definitely would be Marry Me.

Marry Me is a lighthearted good time that anyone can enjoy, but couples will probably find this more appealing, or anyone who can relate to Charlie and Kat’s unique situations. Having watched the movie twice, I can say that this is one of my favorite characters from Lopez. Kat Valdez is a likable character that audiences can root for and will want to see her find her true happiness. Marry Me is the perfect movie to release around Valentine’s Day and it will warm the hearts of everyone. Romantic comedies aren’t usually this fun for me, but this film was a welcoming exception.

Marry Me is the perfect movie to release around Valentine's Day and it will warm the hearts of everyone.Review: MARRY ME Shines Thanks To Chemistry Between Its Leads