Killadelphia #13, out now from Image Comics, once again brings us a captivating story with stunningly gruesome art. 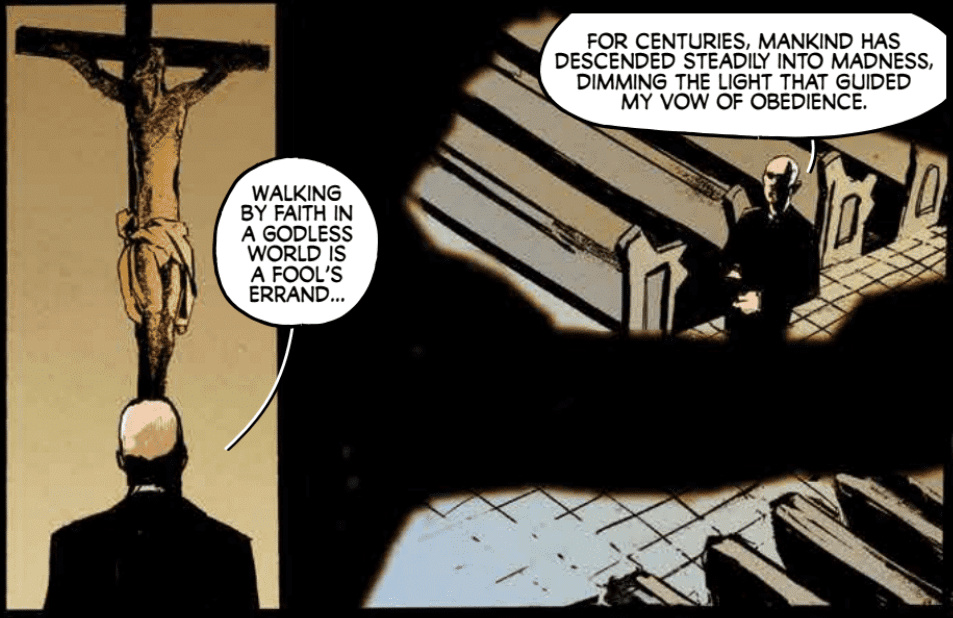 Throughout the series, Rodney Barnes provides several backstories for historical figures that have lived up to the modern-day as vampires and somehow he is always able to make these tales thoroughly engaging. It has been done for John Adams, Abigail Adams, several characters who lived through historical times, and now a new figure in Killadelphia #13. Barnes’ choice of having this backstory be told through a confession booth is an intriguing way to get the character monologuing, and it is highly effective. The issue also features an awaited confrontation between two characters, and the result does not let the reader down. 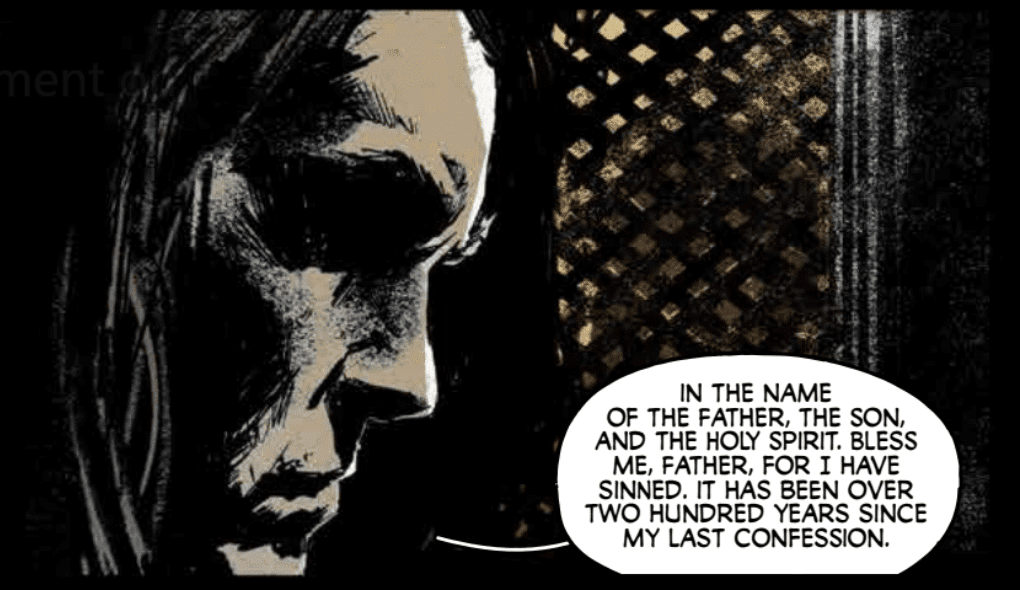 Killadelphia #13 is another issue filled with stunning art. Jason Shawn Alexander provides some gorgeous and gruesome imagery, expressive yet realistic faces, and impressive use of shadows. Many panels in this issue are composed of character silhouettes, which significantly helps the atmosphere of scenes. A panel that stood out in this issue had a character surrounded by a completely black background while they were coming to an important realization. The black blended in with the panel borders, so the void surrounding this character added lots of weight to this specific moment.

Luis NCT’s colors in Killadelphia #13 almost always focus on tone rather than the natural colors of the setting depicted, which results in a pleasant, stylized look. When a scene becomes violent and chaotic, reds will overpower the rest of the colors, making the scene more intense. It’s choices like these that make NCT’s coloring pair fantastically with the art of Alexander.

Marshall Dillon’s lettering in Killadelphia #13 gets the job done and allows the story to flow freely. Dillon uses several techniques to accomplish this. One such technique is providing a specific color for caption bubbles so the reader can be certain which character is speaking. The green color chosen for these captions is distinct from the rest of the palette, making it stand out from other captions. Dillon also changes the font and color of dialogue when some characters shout, and his font choices for sound effects always help scenes become more immersive.

You are missing out if you haven’t been following the Killadelphia series, and this issue reaffirms that point. Killadelphia #13 has the impactful moments and the beautiful art that this vampire tale has consistently provided us with, and it is not an issue you want to miss.

A gripping issue with art that is sure to impress you.Review: KILLADELPHIA #13 - A New Figure Arrives