Kill or Be Killed #20 by Ed Brubaker, Sean Phillips, and Elizabeth Breitweiser brings the series to an emotional, powerful and open-ended ending that highlights the many themes of this brilliant comic book.

The grand finale to KILL OR BE KILLED! Will Dylan find a way to live his secret life as a vigilante, or will he throw away the mask? And was there ever really a demon, or is he just crazy? And will he (or any of us) get out alive?

Kill or Be Killed #20
Written by: Ed Brubaker
Art by: Sean Phillips
Colors by: Elizabeth Breitweiser

Anyone who has read the work of Ed Brubaker knows the writer has an affinity and understanding of crime and noir that is nearly unparalleled in the comics medium. He is the modern master of crime comics. And with Kill or Be Killed Brubaker took the genre and ran it through a meta-lens that made the series as much about storytelling as it was about the story it was telling. Issue #20 is the final chapter and it works beautifully as a conclusion. Brubaker, ever the film lover, echoes Sunset Boulevard and finally reveals that Dylan has been a posthumous narrator all along.  Dylan is dead, struck down by the Russian gangsters he has been at war with since his first kills. So what we get is a brief “what if” scenario (another narrative trope) that feeds the reader’s need to see this series as a monthly superhero book. We get to see Dylan’s costume change. We see him standing proudly on rooftops, patrolling his city like a dutiful hero. We thrill at the joy of him shotgunning more pieces of shit. But that’s all it is, a fantasy, because as we learn Dylan’s actions led not to his transformation into a hero. The reality is much bleaker, yet no less moving and impactful. The fallout of Dylan’s actions is shown mostly in how they affect those in his orbit. Specifically in the passing of his obsession/mental illness to girlfriend Kira. It’s a bit of a cliffhanger ending that both leaves things open-ended but also firmly shuts the door on the book. It’s a narrative balancing act that is fragile and difficult to pull off and Brubaker does it wonderfully.

Sean Phillips and Elizabeth Breitweiser are a perfect art team. Kill or Be Killed has always featured some breathtaking images, but this issue raises the bar. The snow scenes make you feel cold and confused, yet there is a delicate beauty to them that enhances the powerful writing. The use of stark white backgrounds and the occasional completely blacked out panel also creates a very cinematic death scene. Reading this book is like watching a movie and it’s fucking great.

Page layouts are also elegant and clean but still manage to feel handcrafted and tangible. As cinematic as it is, it’s still a comic book embracing all the techniques and tropes of the medium.

And of course, there is that gorgeous cover. The one that homages the classic ‘Spider-Man: No More!” from The Amazing Spider-Man #50 (which also came out in the summer. How’s that for meta!).

Perhaps we haven’t seen the permanent end of Kill or Be Killed if the ending is an indication, but if we have then this has been an extremely satisfying journey. In just twenty issues Brubaker, Phillips, and Breitweiser have created a sequential art masterpiece that any fan of comics needs to read and own. Issue #20 is not only one of the best final issues you will ever read, it’s one of the best comics you will read this year. 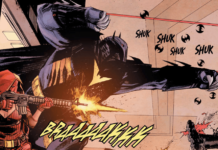 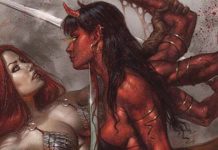 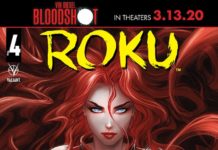