From IDW- “JOHNNY’S STORY,” Part 1. See The Karate Kid in a whole new light in this retelling through the eyes of Johnny Lawrence, two-time All Valley Tournament Champion. When the new kid makes moves on the girl that broke Johnny’s heart, he vows to settle the score and win back her love. Or so goes the story Sensei Lawrence tells his students nearly 35 years later. 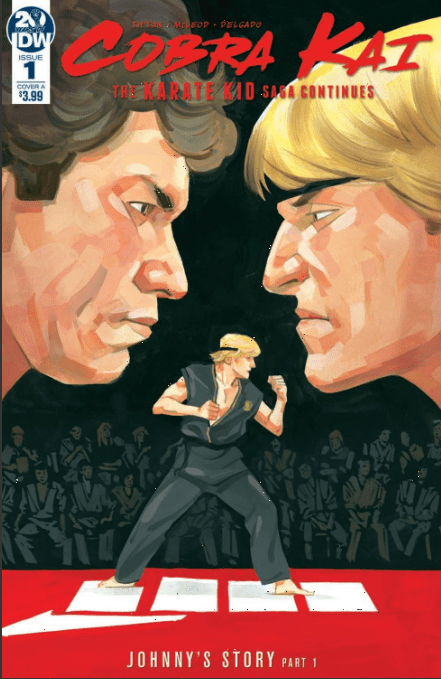 Although Cobra Kai #1 is a direct tie-in to the show, it’s not exactly necessary to have seen it in order to enjoy the book. Writer Denton J. Tipton makes it more of a re-telling of the film Karate Kid (but through Johnny’s POV) and that is what makes it accessible and fun. He softens teenage Johnny enough to make you start to feel for him, without making him a hero per se; anti-hero is more like it. Johnny has a terrible stepdad and he is also wanting to change himself. But it’s not dark and brooding either, the issue is written with a light, breezy tone (much like the show) that occasionally bumps into more serious moments without becoming melodramatic. It may not re-invent the wheel of the comic, but as far as licensed comics go, it’s a strong start; good for hardcore fans and good for newer, casual fans. 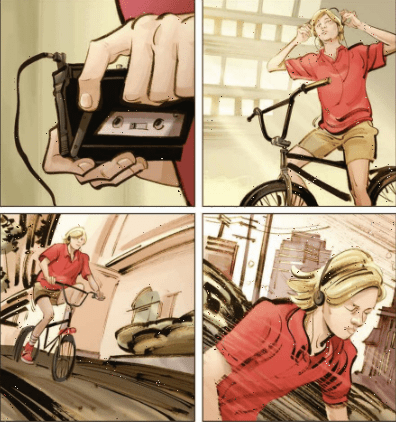 The art is where Cobra Kai shines. Brining in Kagan McLeod was a great idea. McLeod is well known for Infinite Kung Fu, a Top Shelf graphic novel that made quite a crane kick of its own back in 2011. McLeod’s art is all sketchy, but it’s far from messy. Energetic is more like it; loose linework yet easy to follow panel layouts that move the story along at a great clip. His looseness also carries over to the faces, giving everything that softer touch that helps the whole Jonny POV take. 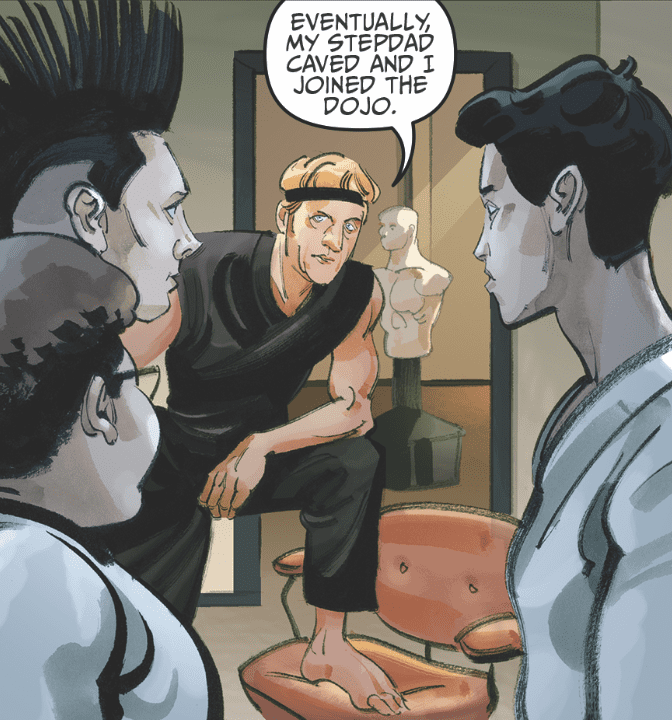 Luis Antonio Delgado’s colors, pulled from a more matte and muted pallet, accentuate McLeod’s soft art and doesn’t overpower it. This is more indie comix art that what you usually find in these kinds of licensed books. It’s a touch that elevates a bit out of the norm and should catch the eyes of comics fans. 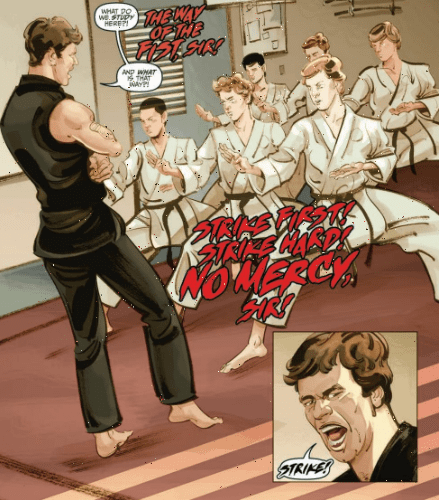 Cobra Kai is a fun book and well worth it to just have more Kagan McLeod on a printed page, once again drawing martial arts. If you loved the movie and like the show, you’ll totally be into this. It’s fast and fun. Throw in McLeod’s art and you have a book that should be checked out. Grab it at your local comic store today.

Cobra Kai is a fun book and well worth it to just have more Kagan McCloud on a printed page, once again drawing martial arts. If you loved the movie and like the show, you'll totally be into this. It's fast and fun. Throw in McCloud's art and you have a book that should be checked out.Review: COBRA KAI #1 Is A Fun, Energetic Book That Looks Fantastic