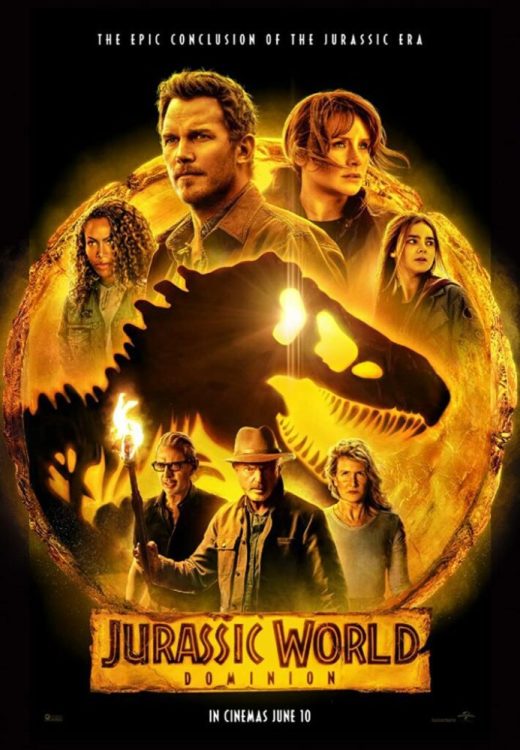 Jurassic World Dominion has been described as the end of an era, but those usually include something great. This conclusion of the Jurassic World series barely makes an impression and wastes any potential it had to be incredible. This year has been a good year for legacy returns, and Jurassic Park’s legacy cast manages to keep this latest entry entertaining and watchable. Sadly, Jurassic World Dominion mostly centers on an uninteresting plot and likable characters with little development.

After the conclusion of Fallen Kingdom, it seemed that a follow-up would handle the negative impacts of humans coexisting with dinosaurs. This is not what you have with Jurassic World’s exit. Currently, Dominion is the biggest disappointment of the year for me, but at least the film includes some breathtaking visuals. Collin Trevorrow returns to direct and co-write alongside Emily Carmichael. Jurassic World Dominion revolves around our group of survivors coming together to take out a swarm of locusts.

Chris Pratt and Bryce Dallas Howard return to their roles as Owen Grady and Claire Dearing. Isabella Sermon joins them as she returns to play Maisie Lockwood, who has the most development out of any character. As mentioned earlier, Sam Neill, Laura Dern, and Jeff Goldblum return as Alan Grant, Ellie Sattler, and Ian Malcolm. The film seems to thrive when the legacy stars are present, which makes the time spent with Owen and Claire dreadful.

Owen and Claire have started a family with Maisie, but Jurassic World Dominion expects you to care without allowing the dynamic to breathe first. An earlier development from the series revolved around Claire wanting a family, but this is mishandled due to the film’s pacing. Claire does have her most compelling arc during this film, so that keeps you invested in her role as a mother. The issue is that the chemistry between her and Owen is gone. Howard and Pratt have lost their on-screen chemistry, but some would argue they never had it. 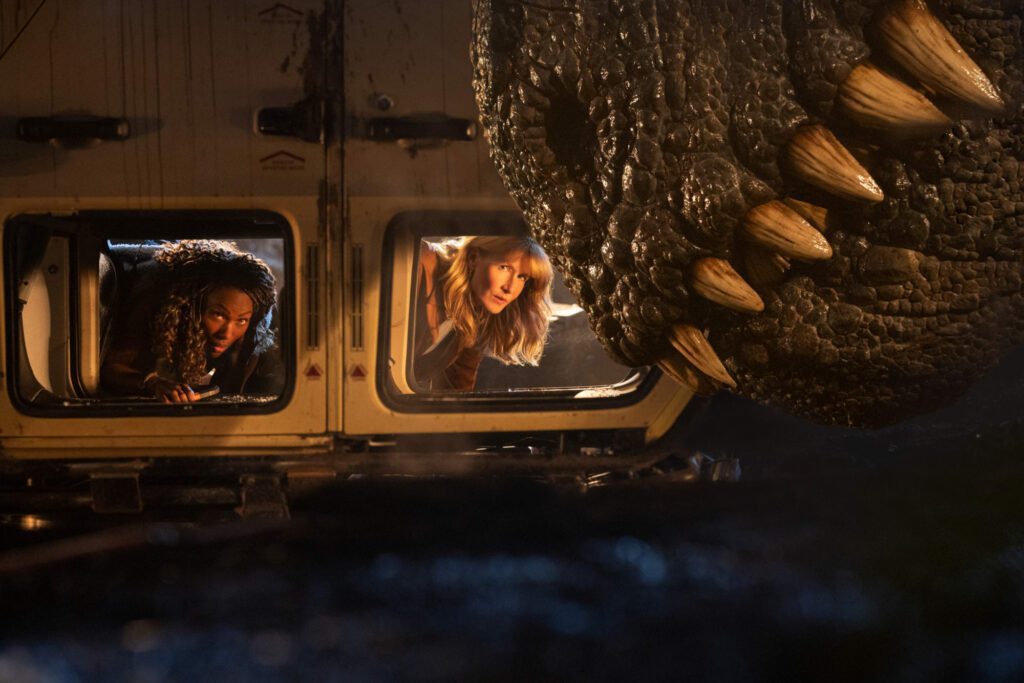 If there’s one thing Jurassic World Dominion succeeds at, it overstays its welcome by an additional 30 minutes or more. When your conflict centers on locusts and not the concept of dinosaurs coexisting with humans, then this end of an era talk becomes just another sequel. The film has nothing at stake, which lessens any kind of threat our protagonists are faced with. In fact, Owen crashes a plane and walks away without a single scratch. There are many instances where characters appear to have become David Dunn.

I truly can’t understand how Maisie has the most progression during this movie. Sermon is terrific in the role, but the decision to give her the most growth doesn’t work. Owen, who acts as her father, is the same person he was during the last film. Even our legacy stars have very little to grow attached to when it relates to their current life situations. Trevorrow’s lifeless direction is this film’s biggest setback.

Any opportunity to build tension is paced horribly, while also stepping on it with humorous dialogue. Owen has a moment over frozen ice that is rushed through, a clear chance to build tension. Moments that do nothing to further the plot will drag on though. Performances aren’t terrible, Goldblum is the scene-stealer each time. His presence adds a cushion to the awful experience.

Howard and Pratt deliver some of the worst performances in the series, but still manage to stay on the side or serviceable. The combination of practical effects and CGI is done very well. It’s just a shame the dinosaur threat takes a backseat during this latest outing. Biosyn’s return is a complete misfire. Dodgson, who hadn’t appeared since the original film, doesn’t come off as an intimidating force. His return feels like a cheap nostalgia tactic. 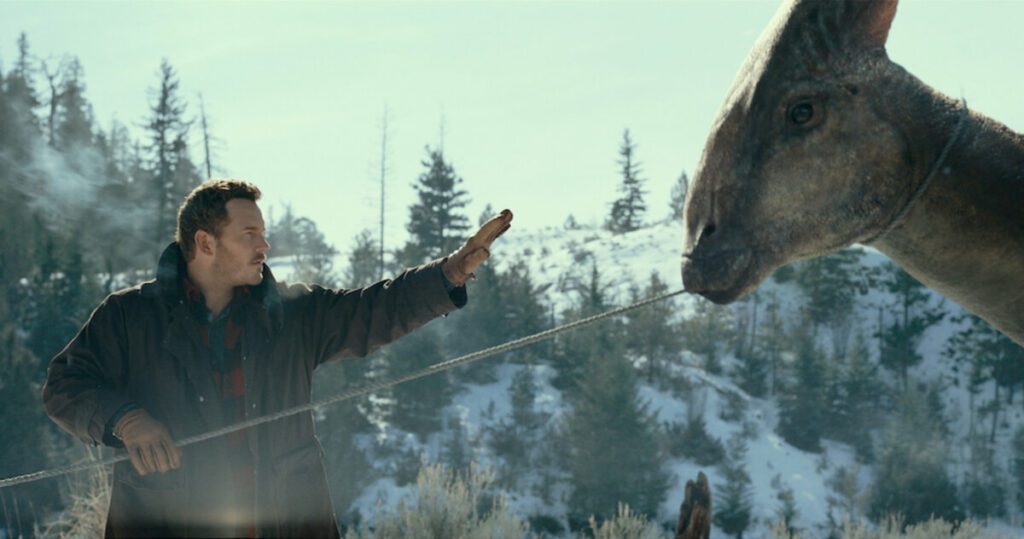 His return is squandered in a manner that reinforces Nedry’s comments that no one cares about Dodgson. Jurassic World Dominion does feature the best third-act battle out of the trilogy. If you can make it through the first two acts, the dinosaur battle will be very rewarding. Michael Giacchino’s score is wasted on this lukewarm exit for the Jurassic Park series. Audiences will enjoy the callbacks to the original score, but the score’s impact is undermined by the ridiculous plot unfolding on screen.

Jurassic World Dominion just couldn’t provide a reason for its existence outside of needing to fulfill a contractual obligation. While entertaining, the conclusion to this trilogy feels more interested in being a carnage highlight reel. I imagine the franchise will return in the future, so there’s time to construct a more compelling narrative for audiences to engage in. Despite the stunning visuals, solid effects, and serviceable performances, Jurassic World Dominion will be remembered as one of the worst entries.