Jackass Forever revives the death-defying franchise for a new generation and those who grew up with the MTV series. The film’s ridiculous stunts line up with the gags pulled in the past, but this reunion with old friends is highly thrilling. Jackass Forever will make you laugh and squirm while the insanity unfolds. This is a satisfying return that should be experienced with an audience.

This franchise probably shouldn’t exist, but Jackass was Youtube before it even existed for those that grew with the MTV series. It provided a compilation of nonsense and risky stunts before they were easily accessible through a search bar. Jackass Forever arrives at a time where penis stunts and several bonkers gags can be found online at any point. This doesn’t take away from the antics pulled in Jackass Forever, but it does make the experience nostalgic. 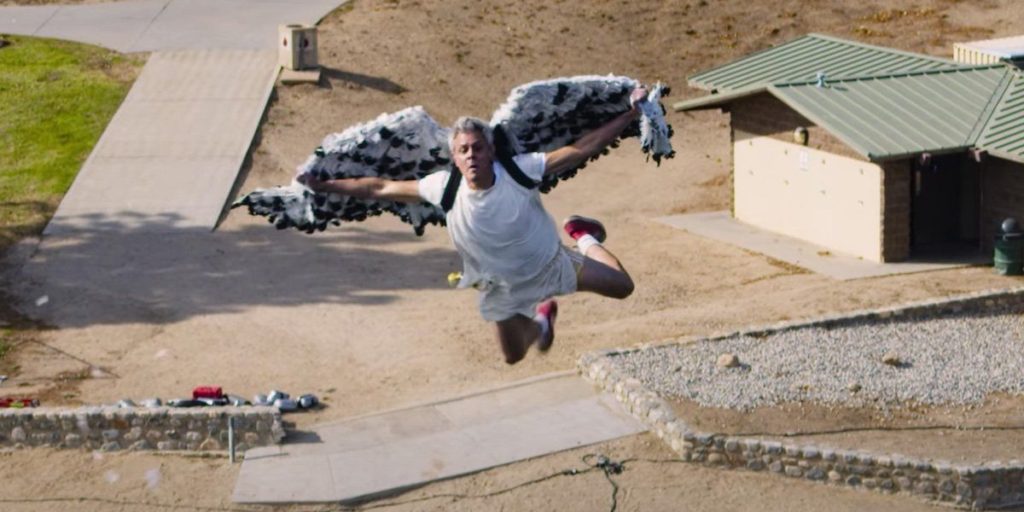 Jeff Tremaine returns to direct Jackass Forever which features many familiar faces including Johnny Knoxville, Wee Man, Steve-O, Ehren McGhehey, and other surprise guests. No one should expect a traditional film here, but expect a long compilation of outlandish stunts that will cause endless eruptions of laughter. One, in particular, involves bees in a spot they don’t belong and this sequence grows increasingly disturbing as it progresses. There are some familiar gags found in Jackass Forever, so that is one of the film’s weaker aspects.

Knoxville and his crew deliver the painful yet hilarious gags audiences expect and one involving a heavyweight fighter will stick with you. McGhehey is MVP due to the amount of excruciating pain he endures. It’s all for the sake of my entertainment though, and I laughed more than I expected. Jackass Forever waste no time getting to the penis jokes during its opening act, which was insane to witness and Godzilla will never be the same. 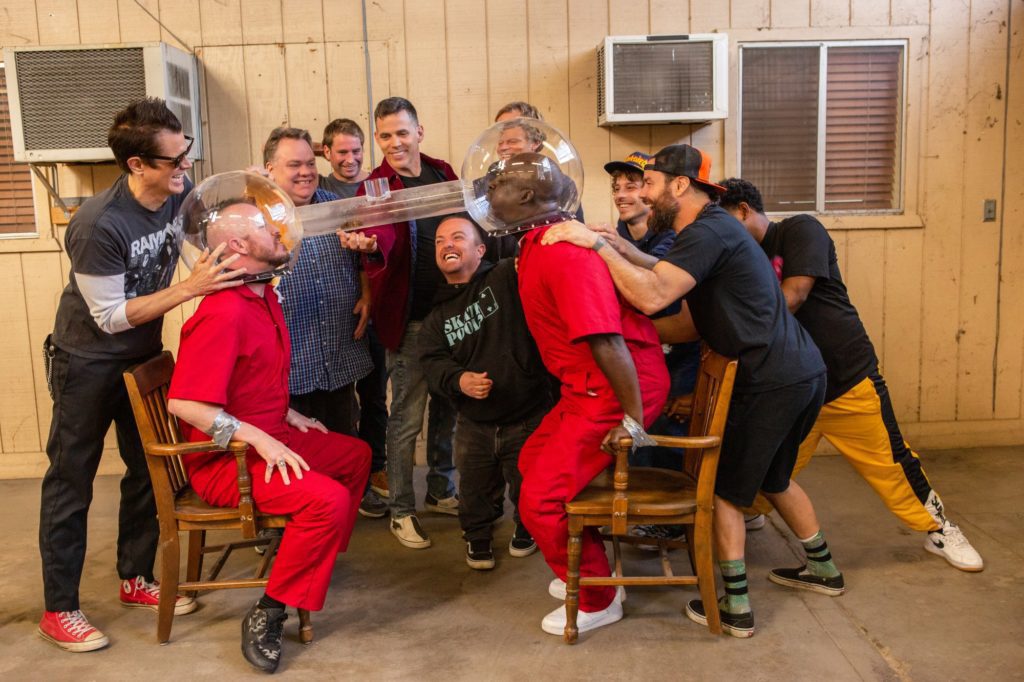 Arriving over a decade after Jackass 3D, this fourth entry doesn’t disappoint but it would have been nice to see some other old faces return. Jackass is the only franchise I can recall using horse semen for comedic purposes, and the semen jokes are taken to the next level in Jackass Forever. While the humor is consistent, certain bits had me wincing and cringing, but this wasn’t in a negative manner.

There are just moments that you can’t believe these guys still put themselves through this for our entertainment. The amount of dedication to being ridiculous for comedic purposes shouldn’t be overlooked. Jackass Forever is dumb fun done correctly, as it doesn’t take itself seriously, and doesn’t expect you to either. There undoubtedly is a lot of unused footage that will be revealed on Jackass 4.5 because that has been the trend in the past. 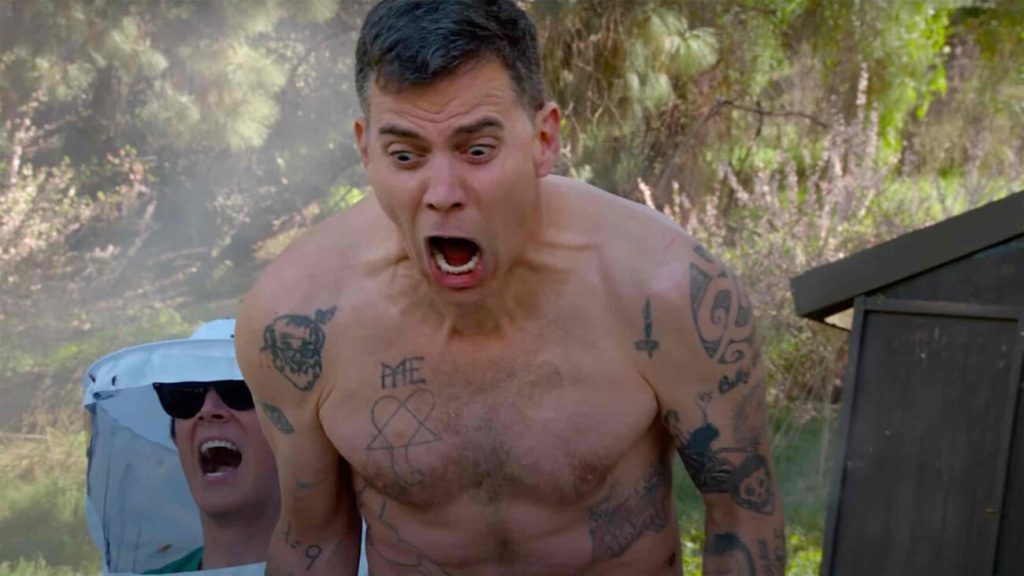 Jackass Forever has earned the right to be called my second favorite theatrical experience of the year so far. A fun trip down memory lane that doesn’t need to accomplish much besides making you burst into uncontrollable laughter. Even if you aren’t a fan of Jackass this latest entry could send you back in time to revisit the previous entries. I’m not sure how much longer Knoxville and his crew can keep this up, but nostalgia never gets old when it’s done right.

Jackass Forever is the most fun you’ll have laughing in a crowded theater this year. It’s ridiculously immature, but that’s what you will be here to witness and it’s enjoyable from start to finish. The familiarity of it all combined with the callbacks kept me smiling in between all the laughter. Jackass Forever was a delightful return with old friends who still want to have the most bonkers fun possible.

Jackass Forever is the most fun you'll have laughing in a crowded theater this year. It's ridiculously immature, but that's what you will be here to witness and it's enjoyable from start to finish.Review: JACKASS FOREVER Reunites Old Friends For More Ridiculous Fun