Review: INCURSION #1 Opens the World of the Dead

Valiant Comics is diving into the world of the dead with their new limited series INCURSION. The first of this four-part story introduces us to Imperatrix Virago, an extraterrestrial necromancer who has set her sights on Earth. And the only defenders standing in her way are the Eternal Warrior Gilad and a young Geomancer named Tama.

Expanding on the continuity in any established fictional universe is a tough task, but Andy Diggle and Alex Paknadel are up to the challenge. From the onset, they plunge readers into the midst of a starving planet overrun by a parasitic virus. There’s almost no context at first, but the intensity makes the initial confusion all the more exciting.

We’re drawn into the inner turmoil of one of the planet’s inhabitants as he pleas for mercy from their ruler Imperatrix, who reveals she’s been sapping the planet of its life. The peasant slowly grapples with the knowledge that they’ve been betrayed. Reader’s easily sympathize with his distress as any hopes for survival are extinguished. 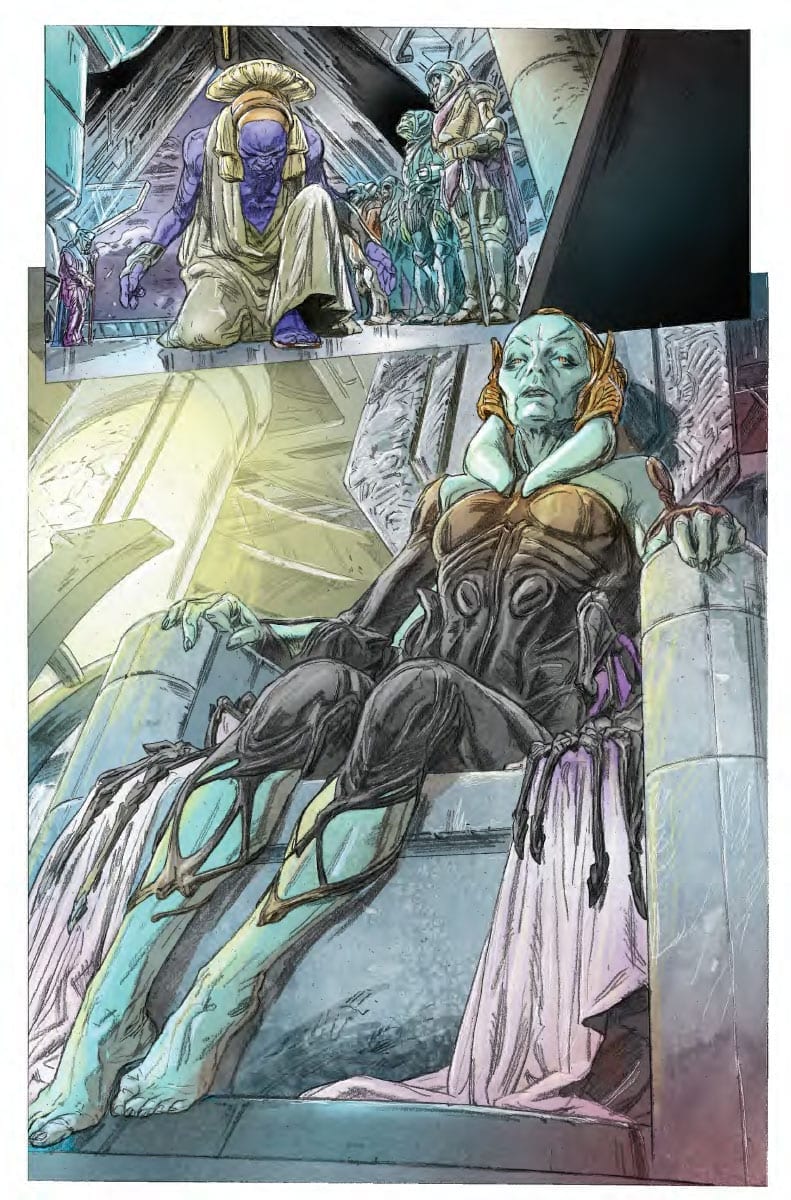 Diggle and Paknadel also introduce us to Earth’s first line of defense: Gilad and Hama. Gilad, the Eternal Warrior, is a warrior charged with protecting the earth-bending Geomancers, returning century after century in a reborn body. Hama, Earth’s current Geomancer, is a young girl who’s learning how to control her incredible powers.

Through the Imperatrix, Gilad, and Hama, Diggle and Paknadel brilliantly introduce a new villain with its own history while also paying homage to the Valiant comic canon. This story’s foundation is solid and will likely entrance readers by the hundreds. 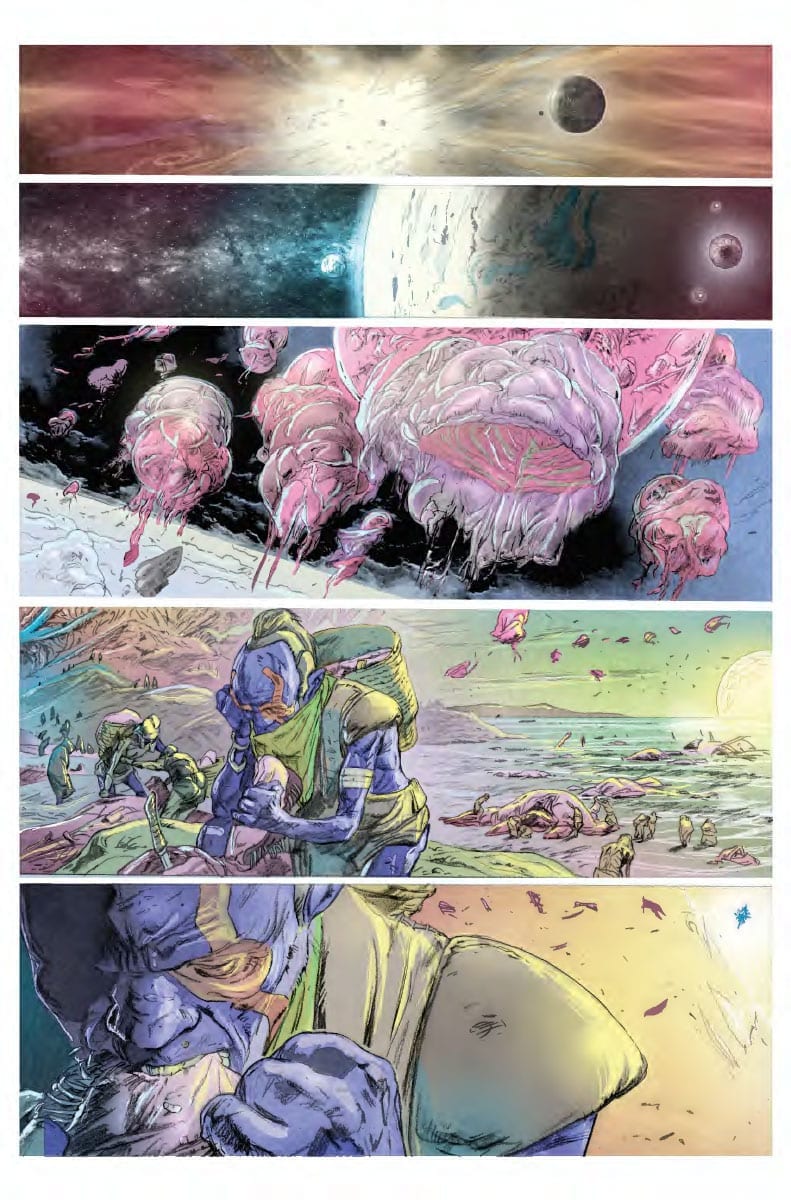 Doug Braithwaite, Jose Villarrubia, Diego Rodriguez and Marshall Dillon offer great illustrations for this fantastic fantasy. With Braithwaite on pencils and Villarrubia and Rodriguez on colors, the reader is treated to highly detailed scenes of exotic alien landscapes one minute and a horde of undead charging through Iowa’s plains the next. Their ability to transition seamlessly between settings helps connect these new worlds to our own, whether they be an alien planet or dimensions containing the dead.

Dillon’s lettering adds to the dynamics of the story as well. Among these include variations he adds to the undead army’s speech, which helps readers imagine their guttural voices. This coupled with the other character’s inflections makes for an engaging story readers won’t want to put down.

INCURSION #1 perfectly sets up all the players in this epic battle for Earth. The plot might seem straight-forward at first glance, but readers will find there’s much hidden within each of its enticing characters.

Do you think the Imperatrix has the potential to become an epic villain in this series? Let us know in the comments below!

A perfect example of building on an older comic mythology while introducing brand new concepts that tie it all together.Review: INCURSION #1 Opens the World of the Dead