Bruce Banner dishes out some SMASH lessons in Immortal Hulk #27, out this week from Marvel.

After Banner delivered his manifesto to the world, it is time to kick the plan into action. Stories like Immortal Hulk #27 and this week’s Question: The Deaths of Vic Sage highlight problems that are being brought to the surface all over the world. The youth of tomorrow have grown up and they’re done taking $#!t from corporations and war mongers. Comics and other stories in today’s society could very well be the driving force behind these uprisings all across the globe.

Hong Kong, Chile, Iran, and here on our own soil, the public is beginning to learn the power they have in numbers. Without us, the corporations don’t have anyone to sell their garbage to. The sooner global consumers realize the power we all possess just by being the many over the few, the better off we will all be. Immortal Hulk #27 explores these very real problems with a very monstrous twist. 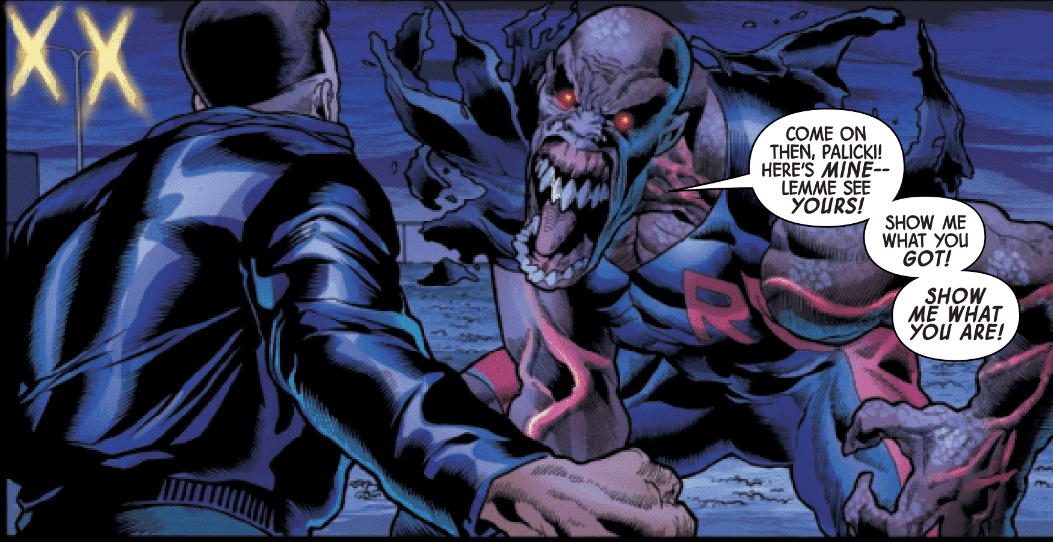 Al Ewing is absolutely killing it with Immortal Hulk in the absolute best way possible. I was admittedly not even a fan of the Hulk until this series. Taking the jade giant back to his roots in horror was the best thing that has happened at Marvel since Robert Downey Jr.

Joe Bennett is cementing himself as one of the legendary Hulk artists. There’s not much to say about his work in this book that hasn’t been said hundreds of times already. It really is that good and if you’re still not reading this book at this point, I don’t know what else to say to convince you, but this is still Marvel’s best, and I don’t think there’s even a close 2nd.

The army of inkers handling Bennett’s pencils are Ruy Jose, Belardino Brabo, Marc Deering, and Sean Parsons. Usually with that many people contributing to one artist’s work there would be noticeable differences with each inker, but the art stays consistent throughout the entire issue.

Paul Mounts is the regular colorist for Immortal Hulk and he gives Bennett’s work that little extra that pops off the page. Mounts delivers beautiful bright colors time and time again that are exactly what comics are made for. The fight scenes are every bit as cinematic and every bit as awesome as any MCU film.

VC’s Cory Petit handles the letters and once again does such an amazing job with adding action into the panels without obscuring any artwork. His letters fit so well it appears as part of the art instead of an addition to it. 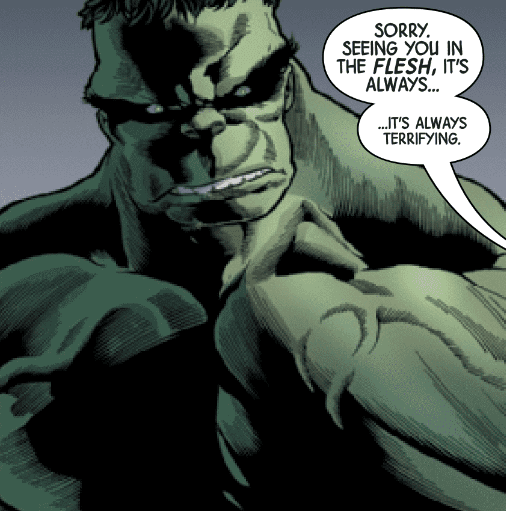 While the first 25 issues tackled Banner learning about some of his new abilities, discovering things about himself, and focusing his anger. Now that his anger is focused, it is time to start the plan in motion and destroy the human world.

Last issue we saw Banner keep mentioning “human world” and Immortal Hulk #27 shows us exactly what he meant by that. He means to disrupt the world as we know it and bring back much simpler and happier times when multiple greedy corporations weren’t fighting for every penny of our paychecks. 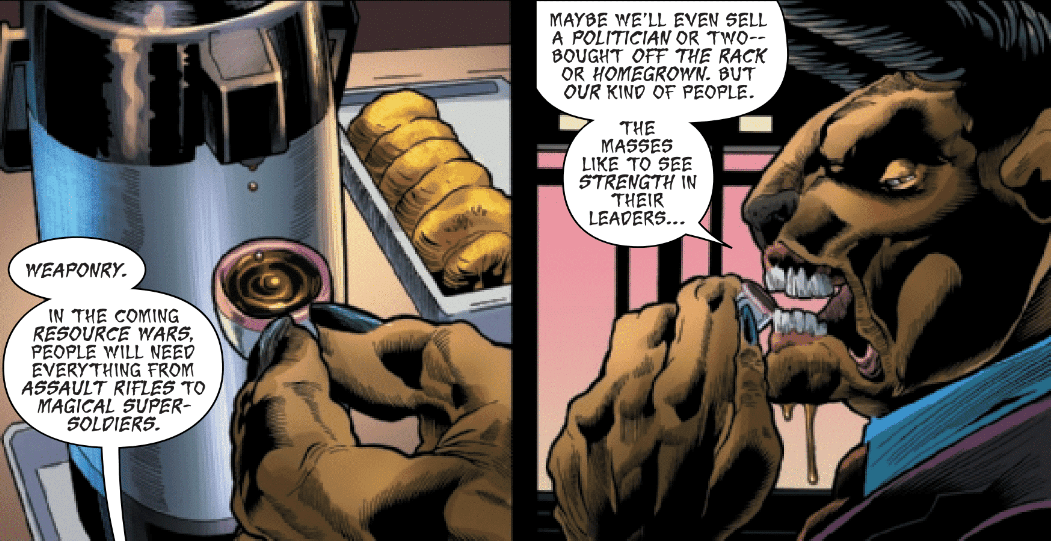 Roxxon has been established in the Marvel universe to essentially act as capitalism personified, or monsterified in this case. Banner goes after their data servers and seriously hinders Roxxon’s ability to further control public consciousness. Just like in the real world, corporations have discovered how valuable public opinions are to their bottom line and controlling the beliefs of easily manipulated people allows them to keep doing what they do.

Our personal information has never been more valuable, but we consistently give it away for free so advertisements can cater directly to us. What started as a way for people to connect and be social has turned into a brainwashing machine for profit. Have any of you actually bought anything from those annoying Youtube ads that interrupt whatever you’re trying to watch or listen to? If anything it makes me hate whatever company is interrupting my song.

It’s getting crazy out there, Hulkamaniacs. Get your masks and spray paint ready.

What did you think of Immortal Hulk #27? Do you like the political aspect or would you rather get back to roaming through hell? Let us know in the comments below.