Review: IMMORTAL HULK #26 – Is Your Child Rebellious? Afraid of You? It’s HULK SYNDROME!!

Bruce Banner delivers a manifesto and starts a movement as the story returns to Earth in Immortal Hulk #26, out this week from Marvel.

After breaking worlds throughout the ninth cosmos, Immortal Hulk #26 settles back into the groove and sets up what is sure to be a city shattering brawl. The gang is all back together for this issue as well as Al Ewing, Joe Bennett, Ruy Jose, Paul Mounts, and Cory Petit return to action for a mostly calm and collected chapter.

Ewing tipped his hand and showed what is in store for the jade giant’s future with Immortal Hulk #25, and #26 begins the countdown to the breaker of worlds. This issue is relatable to current events and Bruce is expressing some emotions I’m positive many of us feel on a day to day basis in our own lives. After going interstellar, it’s exciting to get back to what makes the Hulk fun.

Bennett is continuing to knock it out of the park with every issue. While Immortal Hulk #26 is a pretty laid back issue, as far as smashing and breaking goes, Bennett captures accurate facial expressions and keeps the 9 panel pages interesting when most artists would use the same drawing 9 times. His line work is always extremely impressive, and when he posts the pencils on his social media, I always take the time to drool over every gorgeous page. 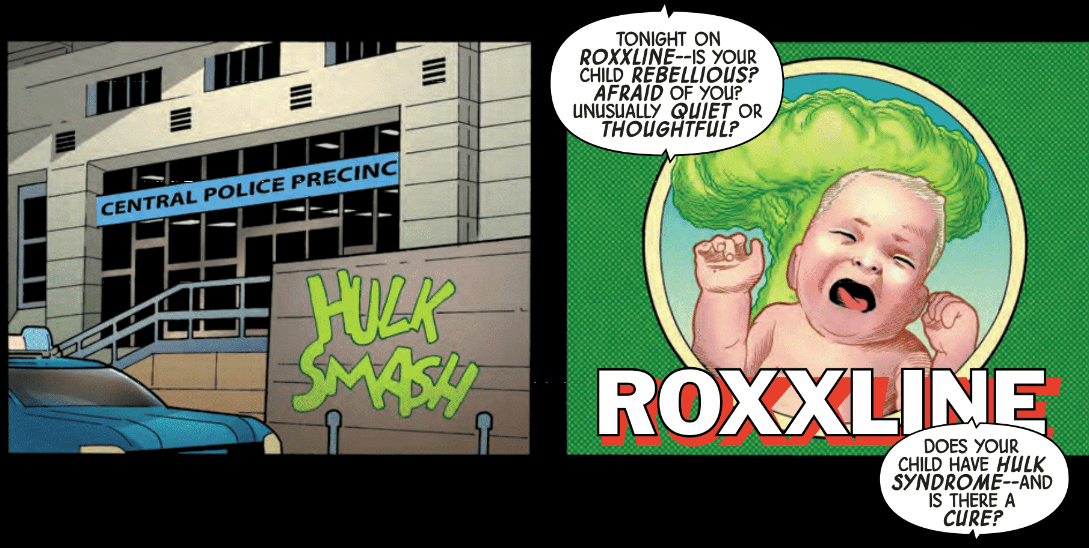 Bennett uses hundreds of lines to make up his shading, so Jose always has his work cut out for him, but the result is always worth it. The inks are intricately detailed and enhance Bennett’s pencils to make the pages pop.

Mounts works seamlessly with this group. No one distracts from the other’s work; just simply enhances it and brings out the best in everyone on the team. In what could’ve easily been an issue that Mounts checked out on, he makes sure every page is a treat for the eyes. The colors capture the emotion from every environment and the transitions to different settings is such a smooth operation. 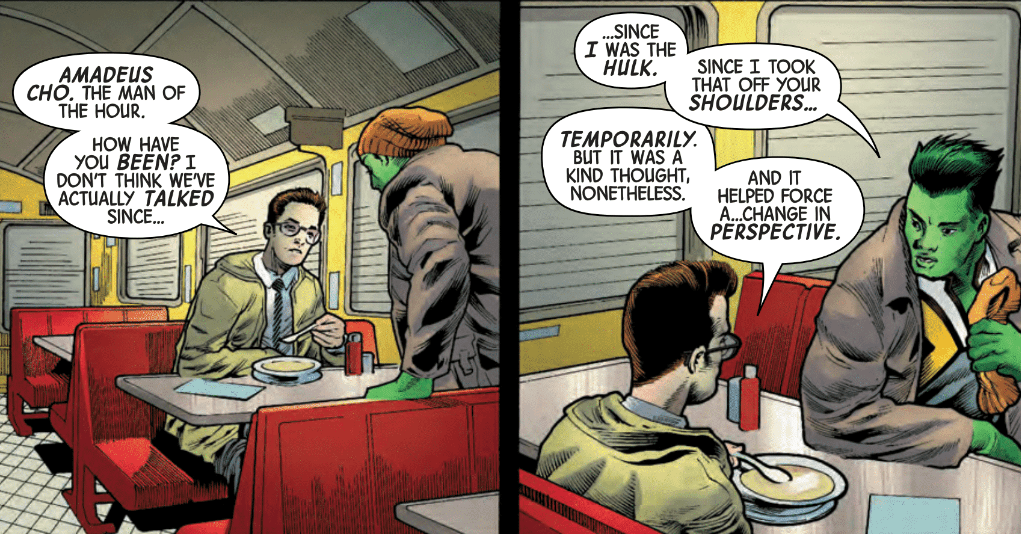 Petit has a style that is easy to read and perfect for a dialogue driven issue. With all the news stories and internet articles, Petit had plenty to do besides hordes of world bubbles. The big bad villain at the end has speech text reminiscent of the scratchy fonts used when the Joker speaks, highlighting the evil undertones in his delivery.

Immortal Hulk #26 takes the pulse of the communities that the hulk is affecting. News stories spread fear and propaganda just like every time we turn on the TV. Hulk has his detractors and his believers, while cops stick to their stereotypes. Bruce Banner wants to disrupt and destroy the human world, and this is his first step towards the end.

With Marvel doing sequels to big events, is World War Hulk 2 next? As the gamma gang gathers numbers and followers, world leaders are turning to propaganda and ads about “Hulk Syndrome”. Bruce is growing his forces with some heavy hitters that share his beliefs, and that spells trouble for anyone standing in his way. 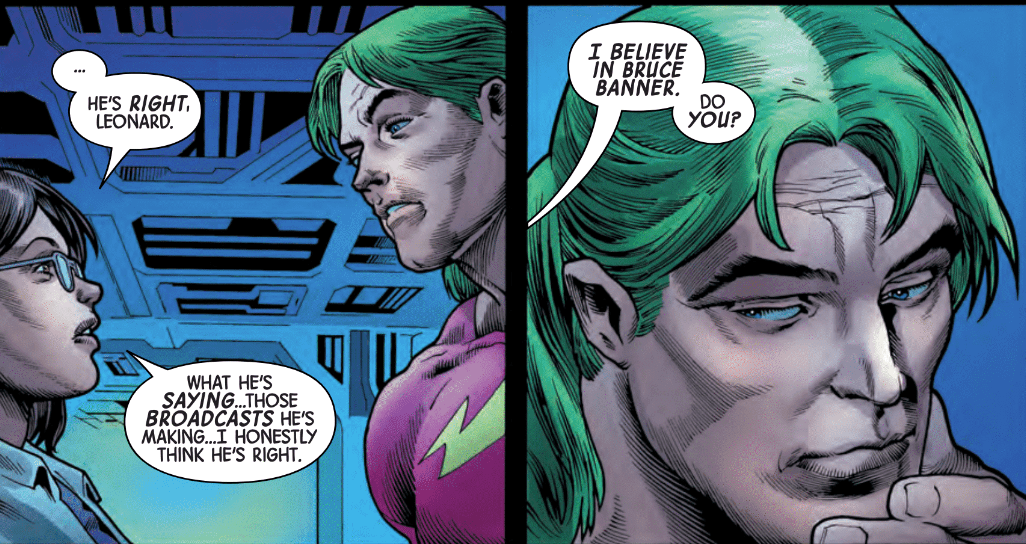 A war is brewing. Do you believe in Bruce Banner? Or will you stand in the way?

What did you think of Immortal Hulk #26? Who’s side are you on? How delicious do you think Atlantean seafood is?

Review: IMMORTAL HULK #26 - Is Your Child Rebellious? Afraid of You? It's HULK SYNDROME!!Back on Earth, Bruce sets his plan in motion.