Due to the efforts of Zeb Wells, Dylan Burnett, Mike Spicer, and VC’s Corey Petit, Ant-Man #2 continues the solo adventure for the size-changing Avenger. Does the appeal shrink from the first issue moving into the second or does the issue deliver where it counts?

A global conspiracy uncovered! Ant-Man faces off against a new host of villians unlike anything we’ve ever seen before – and they’re not falling for any of his tricks. With his back against the wall, will Ant-Man be able to stand his ground or end up squished beneath their heel? 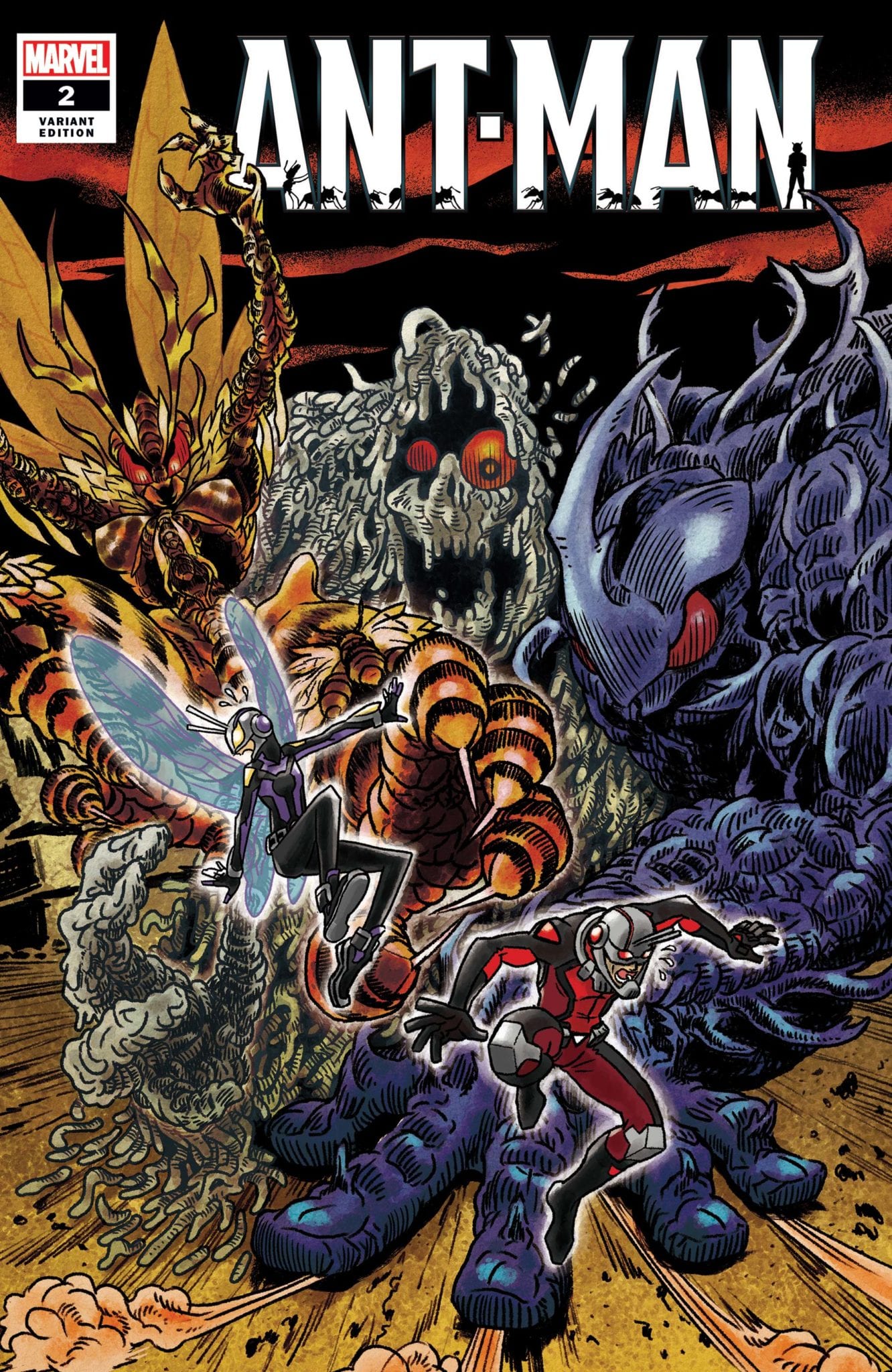 The issue opens with a summary of the 1st installment by Pamela the ant. When you find yourself saying “I never knew I needed an ant to narratee a comic recap” you know you have hit comedy gold. There is greater attention to comedy in the second issue despite the world-ending villains begin introduced. There is also a great back and forth between Ant-man and the Swarm. Ant-Man is reluctantly saving the villain but makes it a point he and the villain are in no way chums.

Writer Zeb Wells does make sure to not just the whole issue a comedic outsing. There are hints of Ant-Man’s daughter Cassie wanting to go hang out with the West Coast Avengers. It’s good to see character development hasn’t been forgotten even though there is an intended increase in humor. 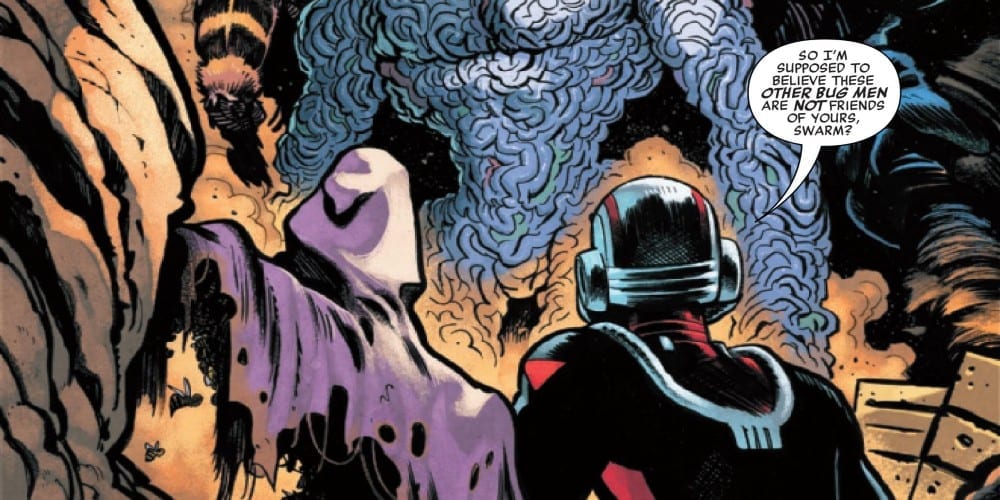 Though Dylan Burnett does draw a few rather weird facial expressions in the issue, some of them help to land a humorous reaction. There also is a very disturbing moment involving an exploding insect. Credit where credit is due, it’s a scene made more memorable thanks to the artwork.

The colorwork by Mike Spicer adds to the special effects of the issue. Ant-Man’s ability to make things shrink and grow to the various insect-based opponents in the issue are of particular note. Basically, the coloring helps to action to flow in a very impressive manner. 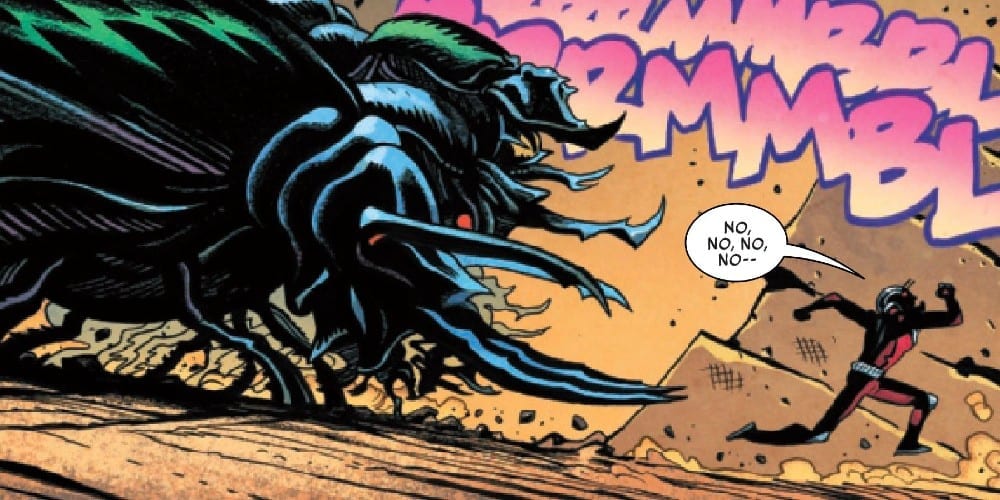 The lettering by VC’s Corey Petit helps to communicate the different methods voices present throughout the issue. The different speech bubbles from the villains and from the insects offer an auditory aspect to the issue. Also, the style used for the main villain showcases him as a definite impending threat.