Ant-Man #1 (of 5) hits your local comic book shop this week from Marvel Comics, and he’s got his daughter as a partner thanks to Zeb Wells, Dylan Burnett, Mike Spicer, and VC’s Corey Petit. Will this father and daughter team steal everyone’s heart, or would it be better if everyone avoided this picnic?

Scott Lang is back and doing better than ever! Er, at least according to him, but his daughter, Stinger, and the anthill he’s living in say otherwise. Desperate to raise his daughter’s opinion of him, Scott takes a job from local beekeepers only to uncover a global conspiracy that could topple the world order! 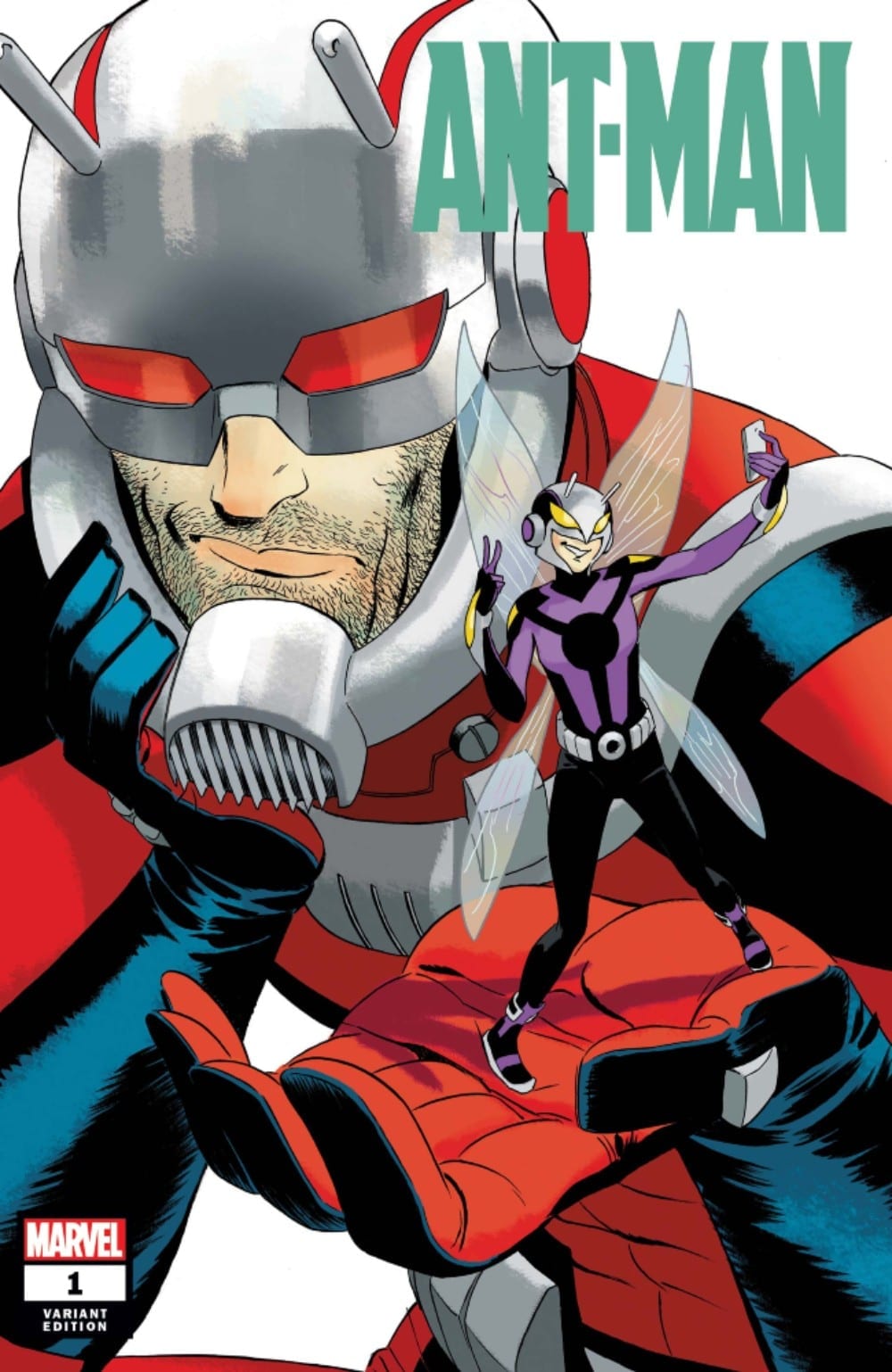 Scott is not in the best place as this series starts off. He’s shown to be quick to name drop his Avengers teammates, glory hunting, and is living in an anthill. Even Cassie seems to be not willing to give him any breaks throughout the issue. It seems like the series is setting up Scott finding a way to prove himself to Cassie, accepting the fact she is now a hero herself, and help to get him out of this rut he is currently in.

Zeb Wells is channeling the comedic side of his writing portfolio. Lots of good humor helps to drive the issue, and you would expect nothing less from a former writer of Robot Chicken. Still, there is a good natural progression in the issue as Scott goes from taking a simple job to make ends meet to finding himself in a fight for his life in a very short amount of time. 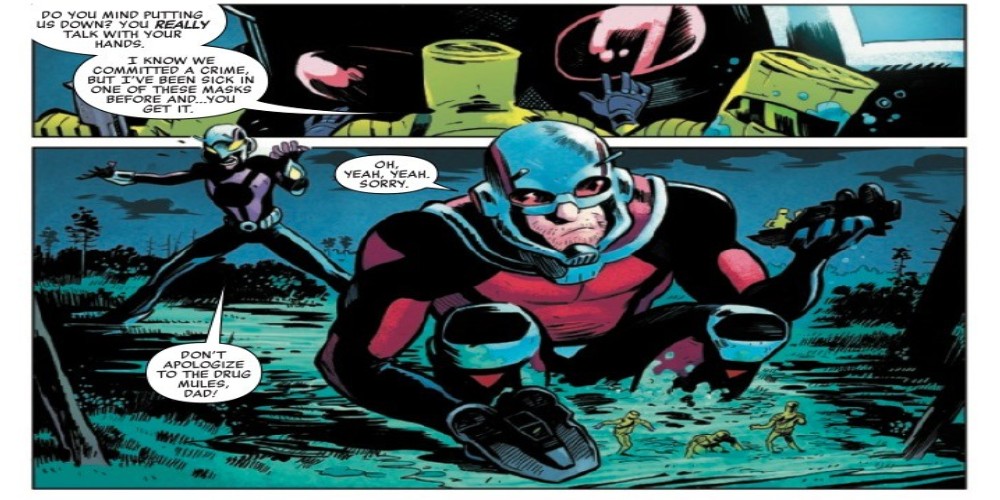 The artwork by Dylan Burnett offers a great overall look for the book. The insects look impressive, and the fight scenes are powerful thanks to his work. Unfortunately, many of the facial features drawn in the comic are distracting and unnatural, to say the least.

With color work by Mike Spicer, the book employs a lot of shading elements to it. This allows for some visual interactions between the insects and Ant-Man. It also helps to offer some great effects with Ant-Man’s ability to change sizes in an instance. 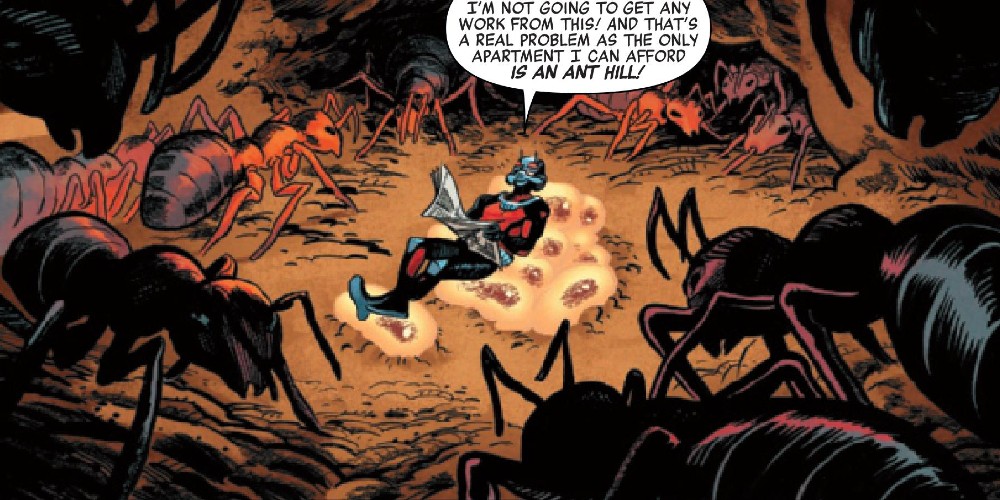 The lettering by VC’s Cory Petit serves as a driving force in the issue. Through different borders for dialogue boxes, it is much easier to distinguish the various translations associated with each of the insects Scott interactions with. It also helps to add to the comedy of the issue.

Ant-Man #1 is afun issue and once again shows how entertaining Scott Lang as Ant-Man can be as a character. Though it’s only a mini-series, hopefully, it will lead Ant-Man to a better place than when he started. Lord knows he can’t get any lower.*

*The Editing Staff apologizes for this bad pun. The Writer has been ordered to sit in the corner and think about what they have done.

Review: ANT-MAN #1 Carries Giant-Size ComedyHumor steals the show at the start of this new miniseries.