What begins as the investigation of an occult mass sacrifice—run of the mill stuff in a city like Gotham—evolves into eldritch-level horror in Detective Comics #1019, out this week from DC Comics.

After a close call with the Viking berserker, Bruce works to track down the root of the strange happenings. By the book’s end, he discovers that the brutal killings are tied to a creature that is not of this world. 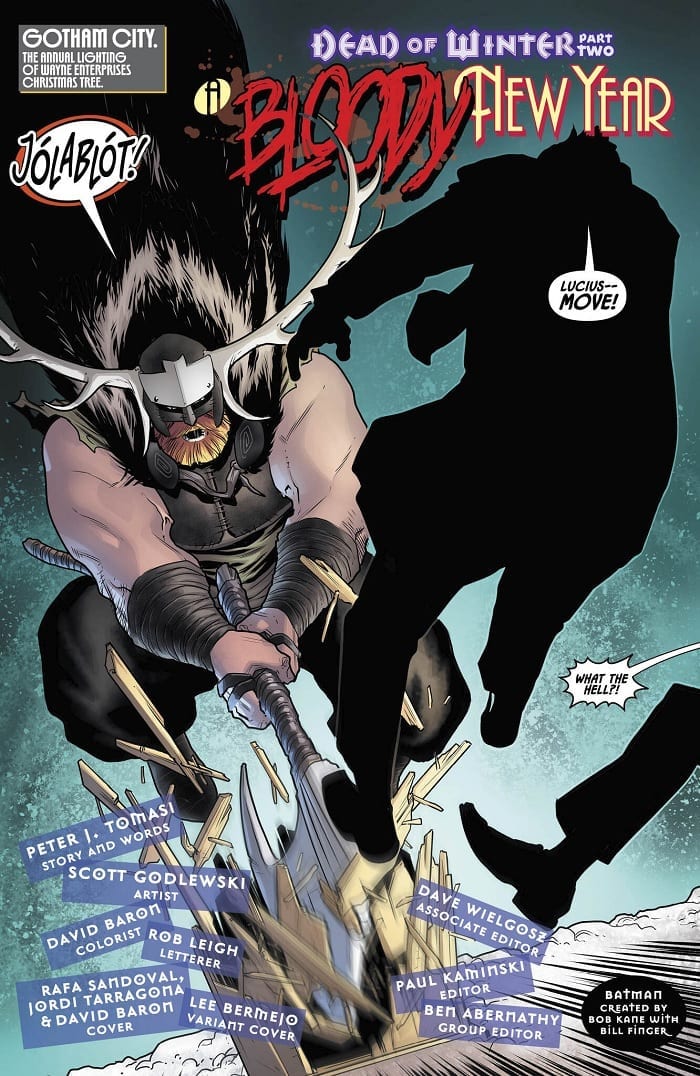 Perhaps the strongest element at play in Detective Comics #1019 is the mood and atmosphere of the story. Writer Peter J. Tomasi crafts a bitterly-cold environment for the tale; a grim and frostbitten Gotham to complement the dark nature of the pagan cult pursued by Batman.

The story has plenty of gruesome and macabre ritual touches. These elements are counterbalanced by a decent amount of humor to complement, rather than clash, with the overall tone. This interplay of darker and lighter elements has been a staple of Tomasi’s writing style on the series, and remains one of the stronger points in his stories.

The narrative in Detective Comics #1019 keeps the reader’s attention from one page to the next. As the mystery deepens, the reader feels the tension heighten. Tomasi manages to keep you guessing until the end. Unfortunately, that’s also where the book’s biggest weakness lies.

The ending wraps up rather quickly, and is revealed largely through an expositive monologue by the entity that turns out to be the main antagonist. It’s a very interesting concept; however, the way it pans out feels a bit anticlimactic. The book is too content to wrap-up the story with convenient hand-waving. While most of the book is well-paced, the ending feels very rushed.

It’s possible that this was merely setup for a larger story yet to come. Tomasi weaves some heavy foreshadowing into the story, suggesting the entity may appear again at some point. As is, it’s enjoyable enough for the “festive” vibe. 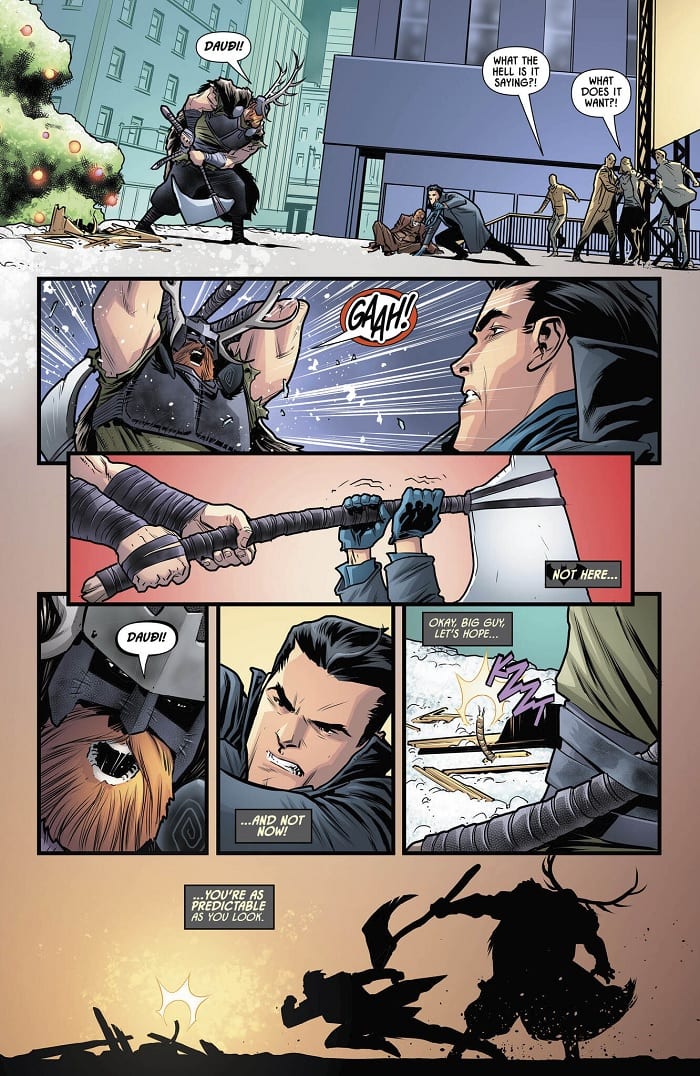 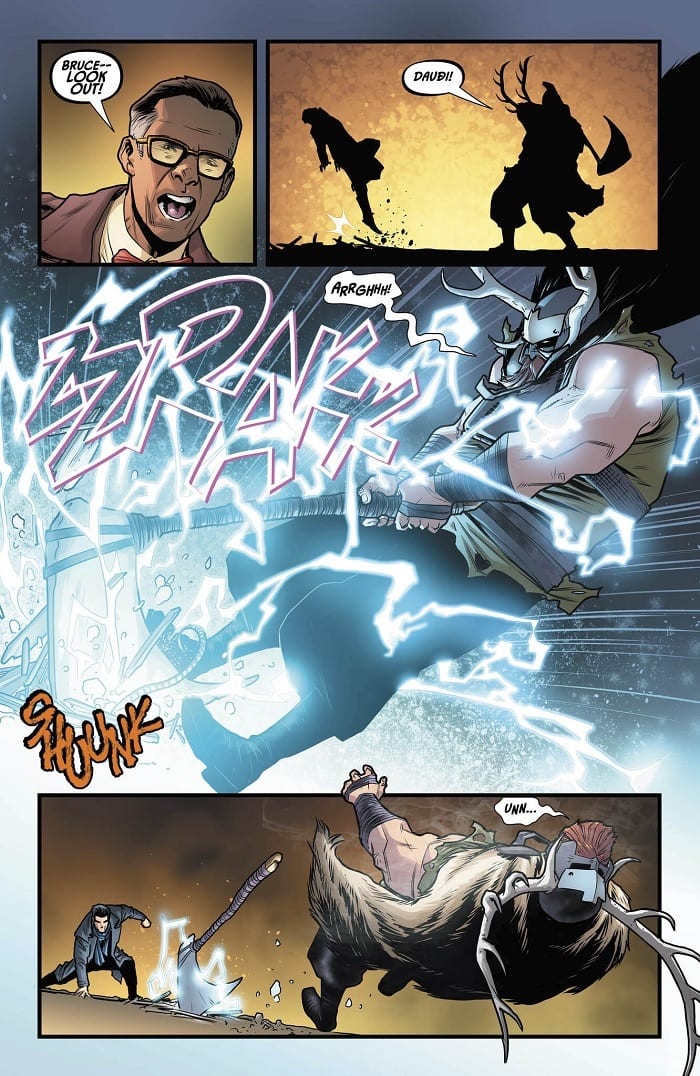 Scott Godlewski’s art in Detective Comics #1019 doesn’t carry over much of the brooding atmosphere we saw in our last issue. That said, it’s still a good showing in the visual department.

Godlewski’s character designs are solid. While they’re not a standout component, the designs are coherent and expressive. The same can be said for the backgrounds and environs present in the book; they’re generally-well detailed, which helps draw in the reader.

There are some standout moments; for instance, the reveal of the entity responsible for the cult activity is a visual high-point. As a whole, though, the artwork in Detective Comics #1019 has a general sense of utility to it. From the designs to the page layout, the artist takes a very meat-and-potatoes approach to this book.

The colors by David Baron are one of the more interesting visual elements at play. The artist brings a lot of the darker, grimier, greenish tones that have become a stylistic staple of the series. It works surprisingly well as the backdrop to a frosty winter setting, especially when set against some of the warmer, more fiery tones. 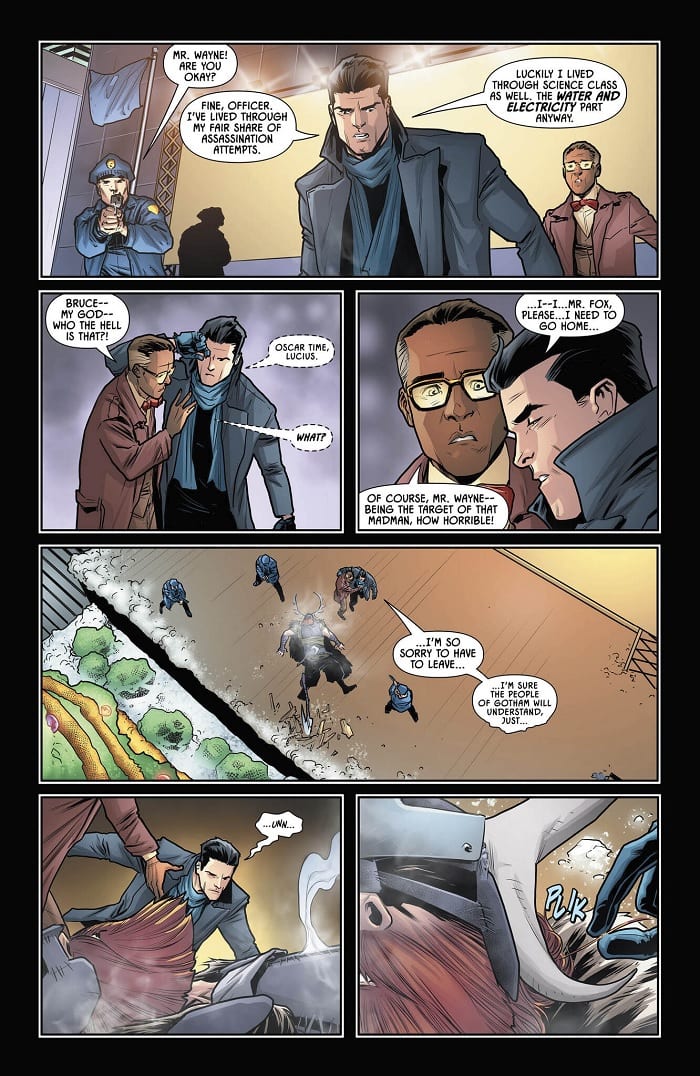 Detective Comics #1019 isn’t a bad issue. In fact, it’s very enjoyable until the uneven pacing and flat conclusion detract from the overall work. Not essential, but worth giving it a read if you’re a completionist.